Qualifying for the 2020 Italian Grand Prix didn’t quite live up to the sheer absurdity of its predecessor session at the same track from a year prior, seemingly much in part due to Mercedes’ increased advantage in the battle for pole. However, Q1 in particular was not all too different from the infamous scenes of 2019, and left a number of drivers fuming.

George Russell, caught in a queue in Q1, said the predicament “looked a bit comical” and warned it could’ve easily led to a crash.

Monza is a unique place but – particularly since the advent of the 2017 big-body cars – it’s also unfortunately become uniquely dangerous in qualifying, especially in Q1 when traffic is it its heaviest. Slow-moving cars queuing up before Parabolica so as to position themselves for the tow to begin the lap form an obvious, potentially catastrophic, hazard for any car on a flying lap there.

The factors that make this problem particularly acute include:

1) The lap time power of the tow around this track is enormous, potentially in excess of 0.7s.

2) The difference between being fastest in Q1 and being knocked out. Last year this was 0.658s, and while this year the field spread out a bit, it was still just a second covering the places from fifth to 16th. Some teams can potentially ignore the benefit of the tow, but most of them absolutely cannot.

3) The unwillingness to be the first driver out because of 1) and 2), tends to make the pack leave as one group, thereby intensifying the traffic problem.

4) Very intricate preparations needed on the out-lap for tyres, brakes and power units.

5) The queuing point being on a super-fast part of the circuit unlike, say, at Barcelona where it tends to happen out of the chicane.

6) The motivation for any driver who has been towed to a good time on the first runs not to try too hard to provide the tow on the second runs, thereby adding to the traffic problem.

F1 will head to Monza with similar machinery next year, and with drivers clearly unhappy and the FIA’s regulatory tweaking having largely failed to eliminate the problem, serious format changes may be required for Italian Grand Prix qualifying to remain safe.

Below, we outline the five routes F1 could pursue if it wants to avoid the recent qualifying issues at what is one of the championship’s most-cherished tracks. 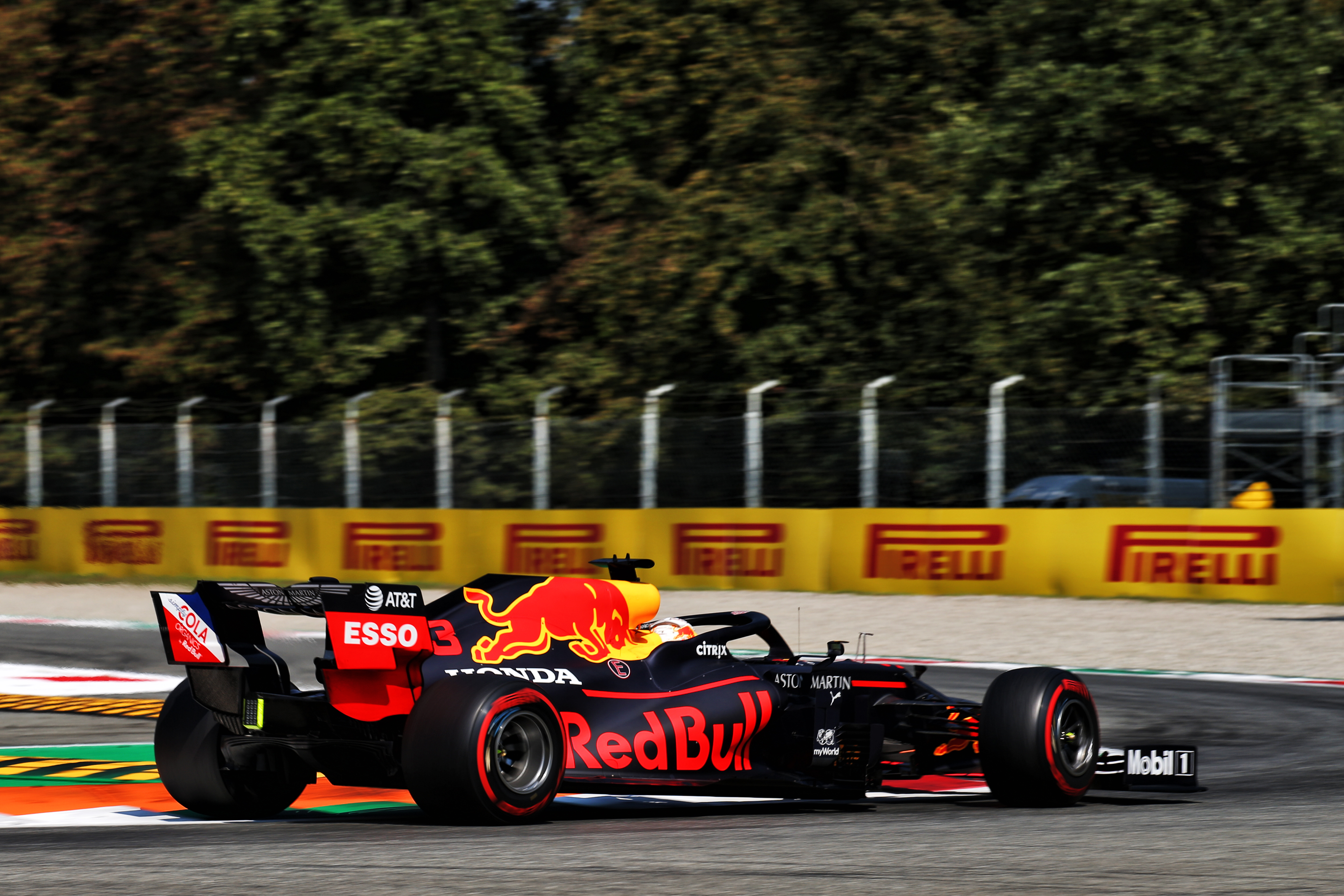 A Monza-specific return to the one-shot qualifying would be an extreme move, but one that would definitely eliminate the problem. It would be both the simplest and the most effective solution.

The format would be something unique for modern F1 and would not overstay its welcome. The lap at Monza is short enough not to make it dull viewing, while running the cars in something like reverse championship order is recipe for a likely mixed-up grid.

A sharp format departure for a single circuit would be a logistical challenge, not the least in how you fill-up the allotted time. Perhaps it can still be run in several segments, but then it risks ending up on the dull side.

And the promise of a mixed-up grid is because the format would be invariably unfair, with drivers taking to a track surface that can be in very different conditions from one run to another, whether due to weather or the track rubbering up. 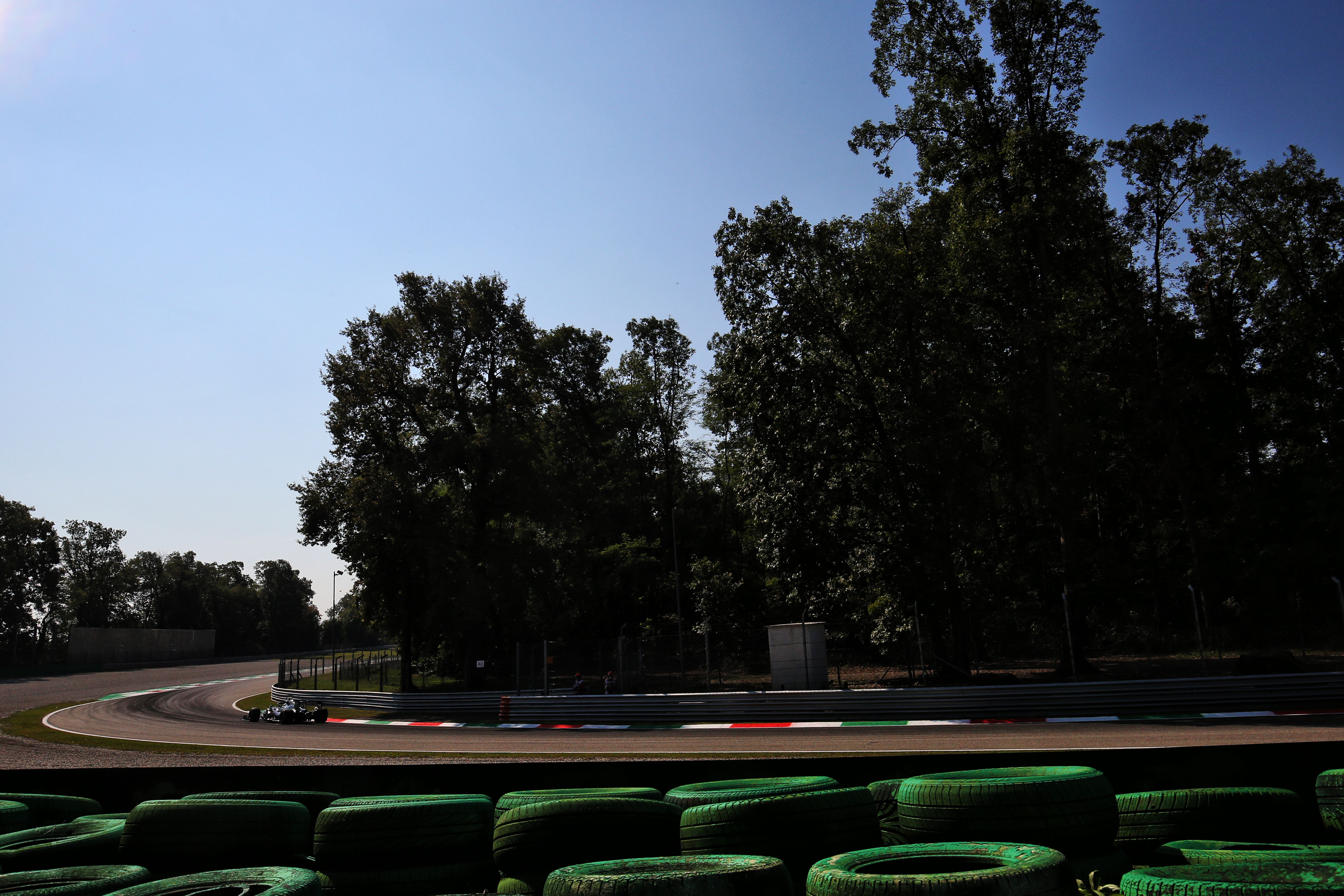 The maximum preparation laptime brought in by the FIA has one weakness in that it still privileges using as much of your allotted time on the run to the Parabolica. Drivers want to prepare their tyres well and position themselves for the optimum tow so will inevitably bias this towards the end of the lap for the same reason the problems usually arise there anyway. This could be improved by also stipulating a maximum sector three time.

The Race’s Gary Anderson has compellingly advocated this for some time with his solution, which sets a maximum laptime but divides it into three maximum sector times. This ensures that the available time is ‘spent’ more evenly across the lap and it would partly ease the backing up in the final sector as drivers would have to get on with it.

The mini-sector timing could even be used to break this up further and spread the time used more evenly within those sectors.

While this would unquestionably ease the current problem and is the best solution if you want to retain the all-cars-on-track format of qualifying, it would not eliminate it entirely. Drivers would still back up as much as they can on the preparation lap and there will still be big speed differences with anyone on a flying lap – albeit not as extreme as exist now. A big safety improvement, but the danger remains in reduced form.

There’s also the problem of how you punish infringements as drivers further forward in a queue can cause those behind to breach the maximum time. It could create a headache for stewards as F1 teams and drivers will still push the boundaries and might even lead to some dicey moves if drivers are under pressure to get under the time maximum.

There could also be a tyre allocation complication if drivers need to complete more qualifying runs as a result of this change. 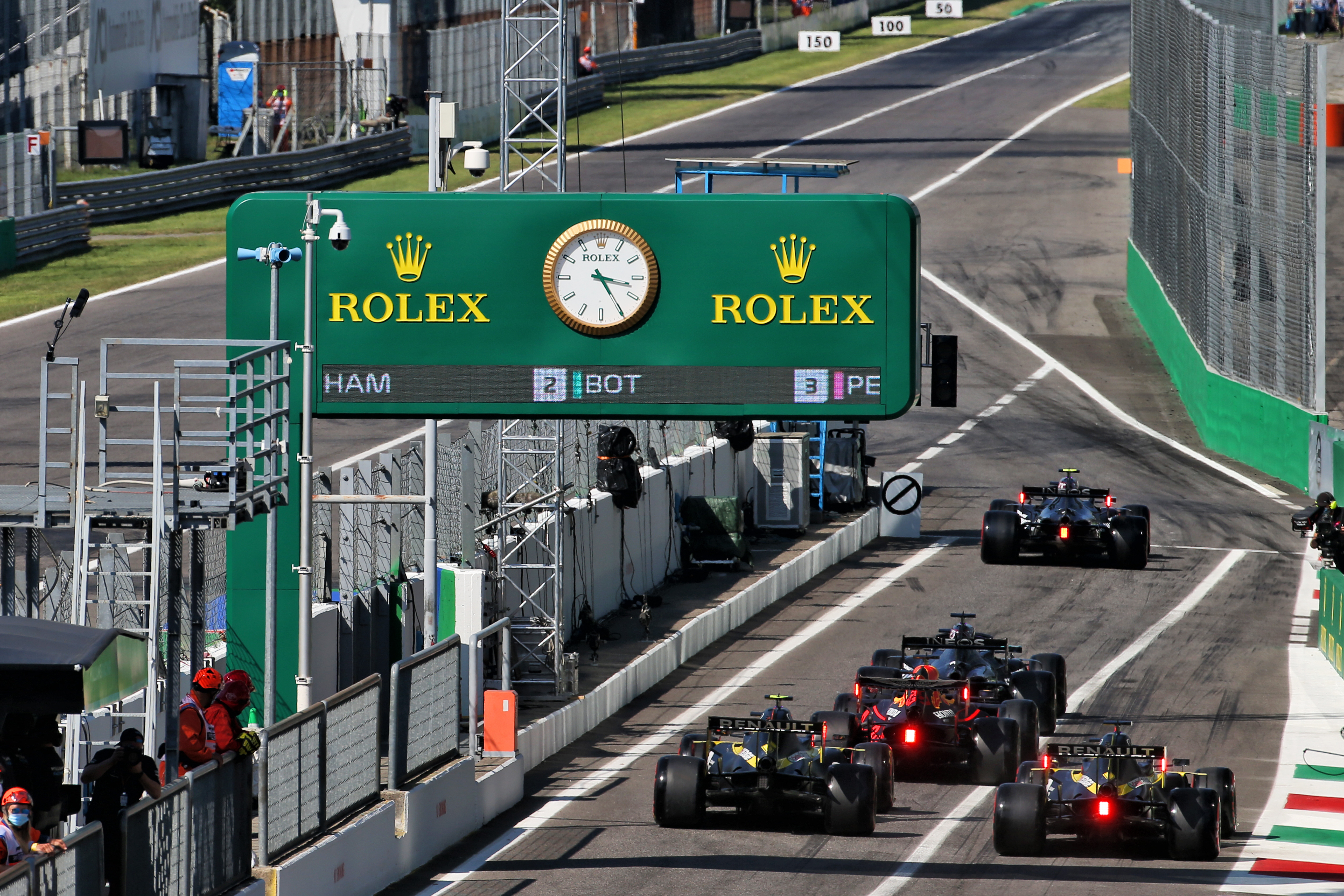 There’s a school of thought that if you handle the big offences properly, the smaller offences take care of themselves. Like almost every problem in F1, this is an issue that would benefit from strict penalties for serious breaches.

The FIA has clear guidelines for driving unnecessarily slowly or dangerously. It’s blatantly clear that the backing up at Parabolica breaches this rule. So disqualify offending drivers from the session.

Last year, when the queuing happened, it was an awful look for F1 but all that happened was the drivers who were the deemed the worst offenders got a reprimand. When there’s so much time on the table if you get a tow, a reprimand is 100% worth it.

Nobody was penalised for any potential impeding in the ‘qualifying rehearsals’ of FP3 as the stewards found it was “impossible to determine that any driver was wholly or predominantly to blame for the incident”.

If the FIA got tough, drivers would be less inclined to drive so slowly and create the same situation.

It would also set a strong precedent for the F2 and F3 drivers, who are not covering themselves in glory in qualifying either.

The penalty system in F1 has felt flawed for a long time either because of judgement or precedent. So it would be fair to question whether or not the stewards would make the correct call.

But more importantly, a lot of people are dissatisfied when the result they see in the moment changes later on. And penalising multiple drivers by disqualifying them from the session, or deleting laptimes, risks causing confusion and frustration among fans. 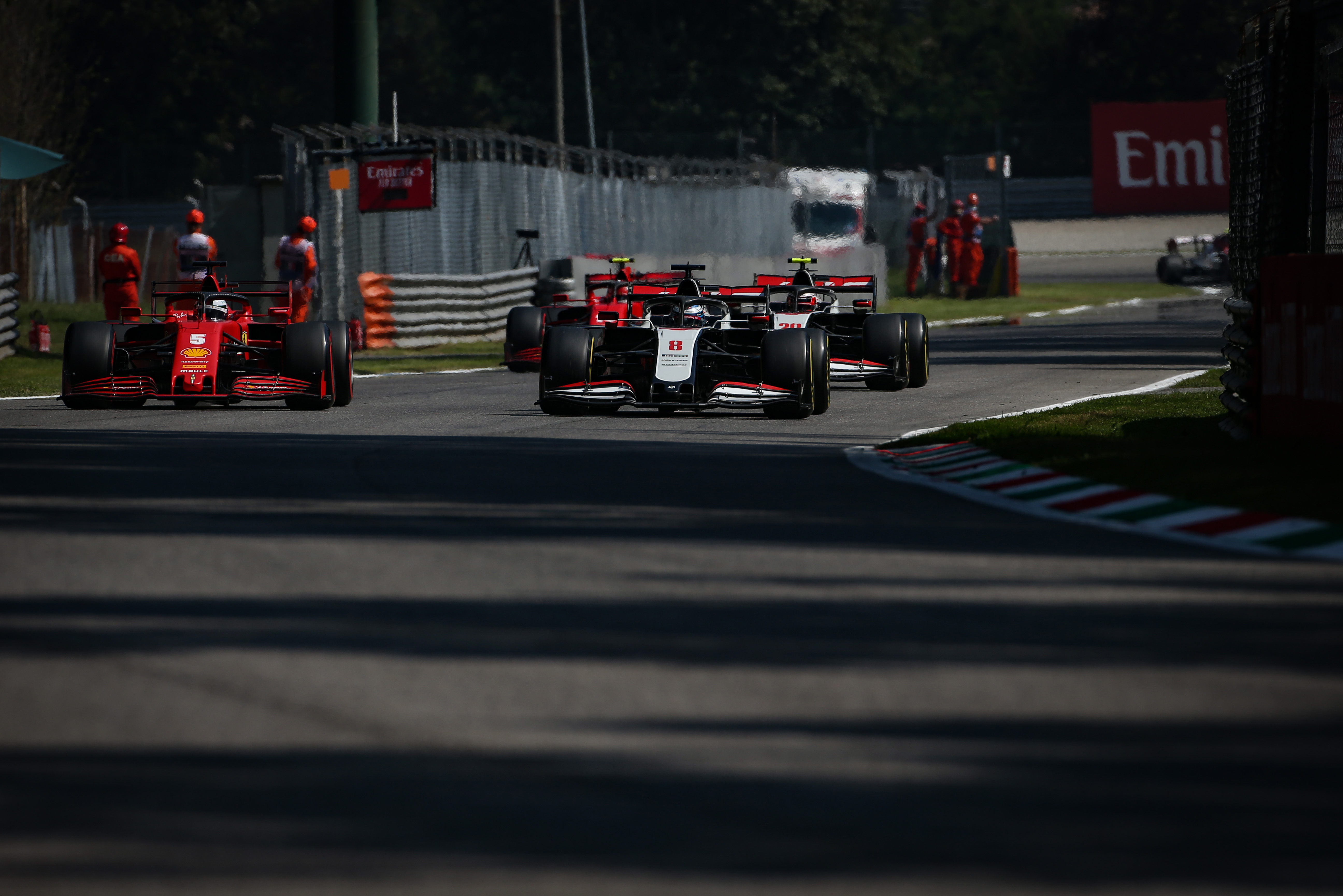 By reducing the number of cars on track, it stands to reason that there are fewer dynamic elements that can interact to create problems.

There are myriad ways this could be implemented, although it would require some deviation from the current Q1/Q2/Q3 paradigm. An easy thing to do would be to use FP3 times to sub-divide those groups – for example, the fastest six cars from that session advance straight to Q2, leaving only 14 cars for Q1, then Q2 and Q3 happen as normal.

The potential combinations are infinite, all you would need to do to create the optimum system is decide what your maximum number of cars on track is and work from there. This approach could be particularly useful for the short, sharp Bahrain Outer configuration later this year where number of cars over the brief lap is the primary problem.

This does not tackle the fundamental problem of drivers backing up. While a reduced number of cars will make things a little safer, as we saw at Monza last year and in countless Q3 sessions, even with just 10 cars problems can arise.

So this solution doesn’t really get to the heart of the problem and will not eliminate the speed offsets or the backing up troubles as drivers jostle for positions. In effect, it would be a band aid – and not a very good one as the overall impact will be limited for a track like Monza even if it might be suitable for the very different Bahrain Outer configuration.

Let them get on with it 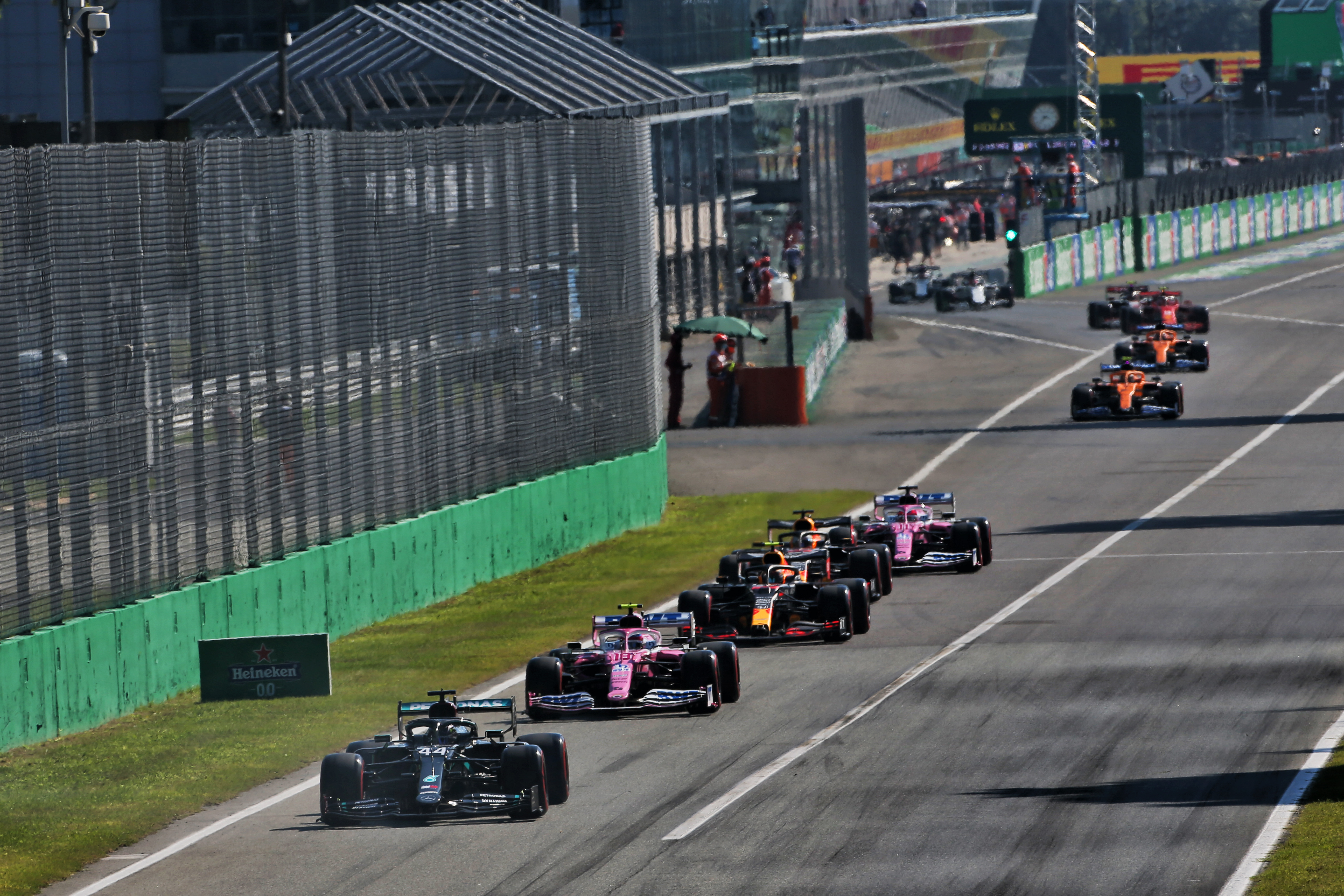 This is the easiest solution and, some might argue, the fairest in a sporting context.

Traffic is expected to be a major problem at the Bahrain Outer circuit but F1 technical expert Pat Symonds has suggested this is something drivers should just have to deal with – one of the many challenges that occur over the course of the season.

So the same argument could be applied here. It’s not a problem unique to Monza, it’s just exaggerated. Stop complaining and get on with it, because it can’t be one rule for one track and one rule for another as that may favour different teams.

This is an irresponsible position to take. There’s a clear safety risk at Monza given the difference in speeds at the problematic part of the circuit and there are ways to prevent this.

Modern F1 cars, as explained at the very beginning, create a lot of drag and a tow is essential in multi-car qualifying. If nothing is done, this will keep happening. If this keeps happening, sooner or later there will be a big crash.

When the problem is so obvious, waiting for serious consequences seems a reckless and uncharacteristic thing to do.