McLaren F1 team boss Seidl was asked to comment following a controversy that raged back and forth during the recent United States and Mexican Grands Prix.

Having been on the receiving end of several black and orange mechanical ‘meatball’ flags – shown to cars when they are considered unsafe and forcing them to pit for repairs – Haas protested Fernando Alonso’s Alpine after the US GP for racing to the finish with a broken wing mirror.

F1’s stewards originally ruled in favour of Haas and declared the Alpine unsafe, before Alpine overturned this ruling in Mexico following a review.

But that review reinstated Alonso on a technicality – that the Haas protest wasn’t lodged in time – not because the Alpine was actually considered safe after all.

In fact, the stewards stood by their original statement which said they were “deeply concerned” Alonso’s car was allowed to race to the finish in Austin without pitting for repairs – and indeed his broken wing mirror flew off the car in the closing laps while he was racing Kevin Magnussen’s Haas.

In the same race, Sergio Perez escaped a mechanical flag despite running with a broken front wing endplate which then fell off the car. 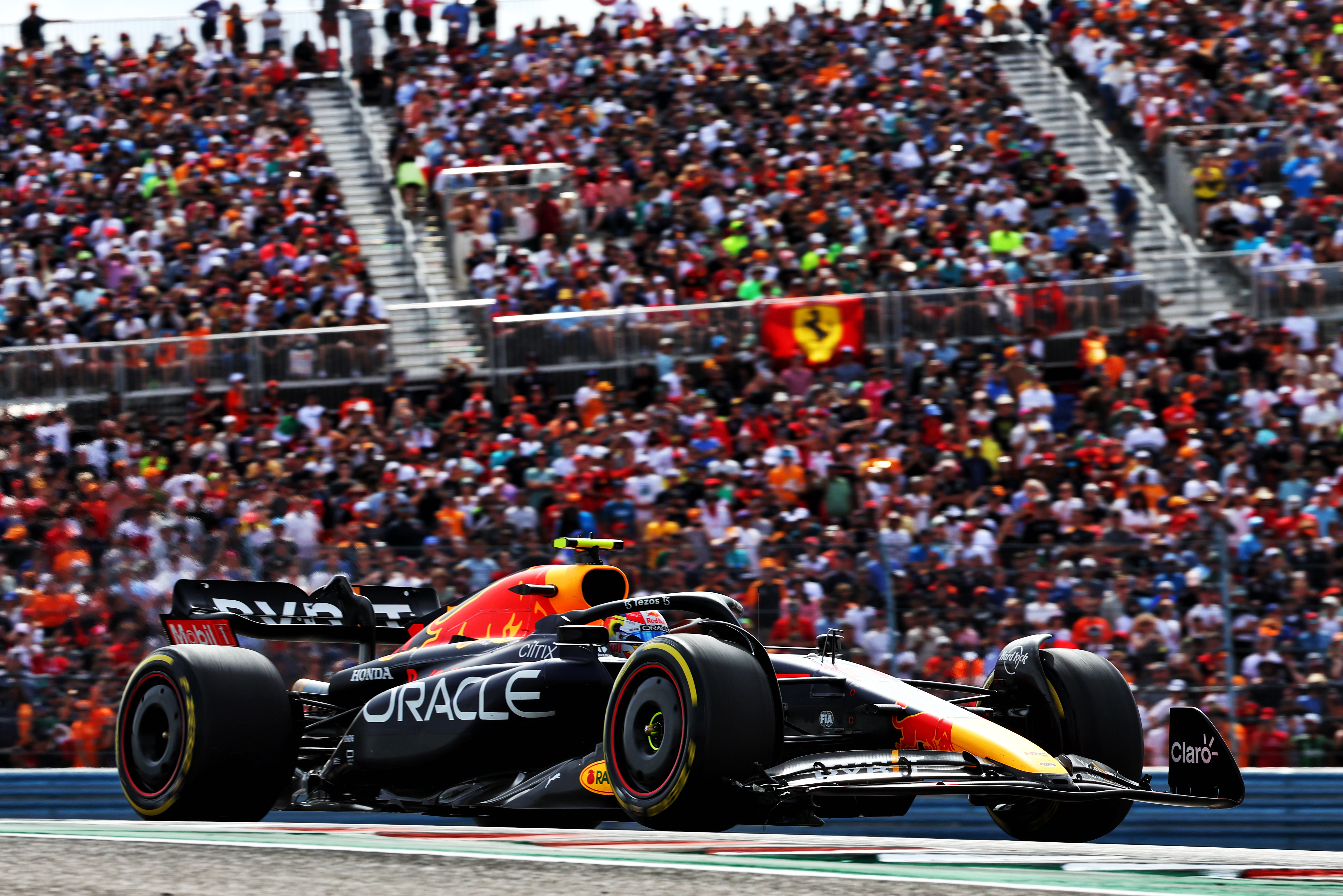 The inconsistency of the events of Austin, compared to how Haas was treated earlier in the season, left an important question hanging over the Mexico City paddock: did the stewards’ original judgement in Austin mean F1 cars from now on would always be forced to pit for repairs for minor damage?

The stewards’ judgement suggested they would, but Alpine’s Alan Permane revealed F1’s teams had convinced the FIA to U-turn on this position, saying “small damages like a mirror, like front-wing endplate, if it’s non-structural like a brake duct, something like that, will not be considered to be a black and orange flag offence”.

Mercedes’ Andrew Shovlin was in favour of showing leniency when using the black and orange flag, saying “we’ve survived a lot of years where they were used correctly and infrequently, and we do need to just let the drivers get on with driving and not be too afraid of getting near another car”. 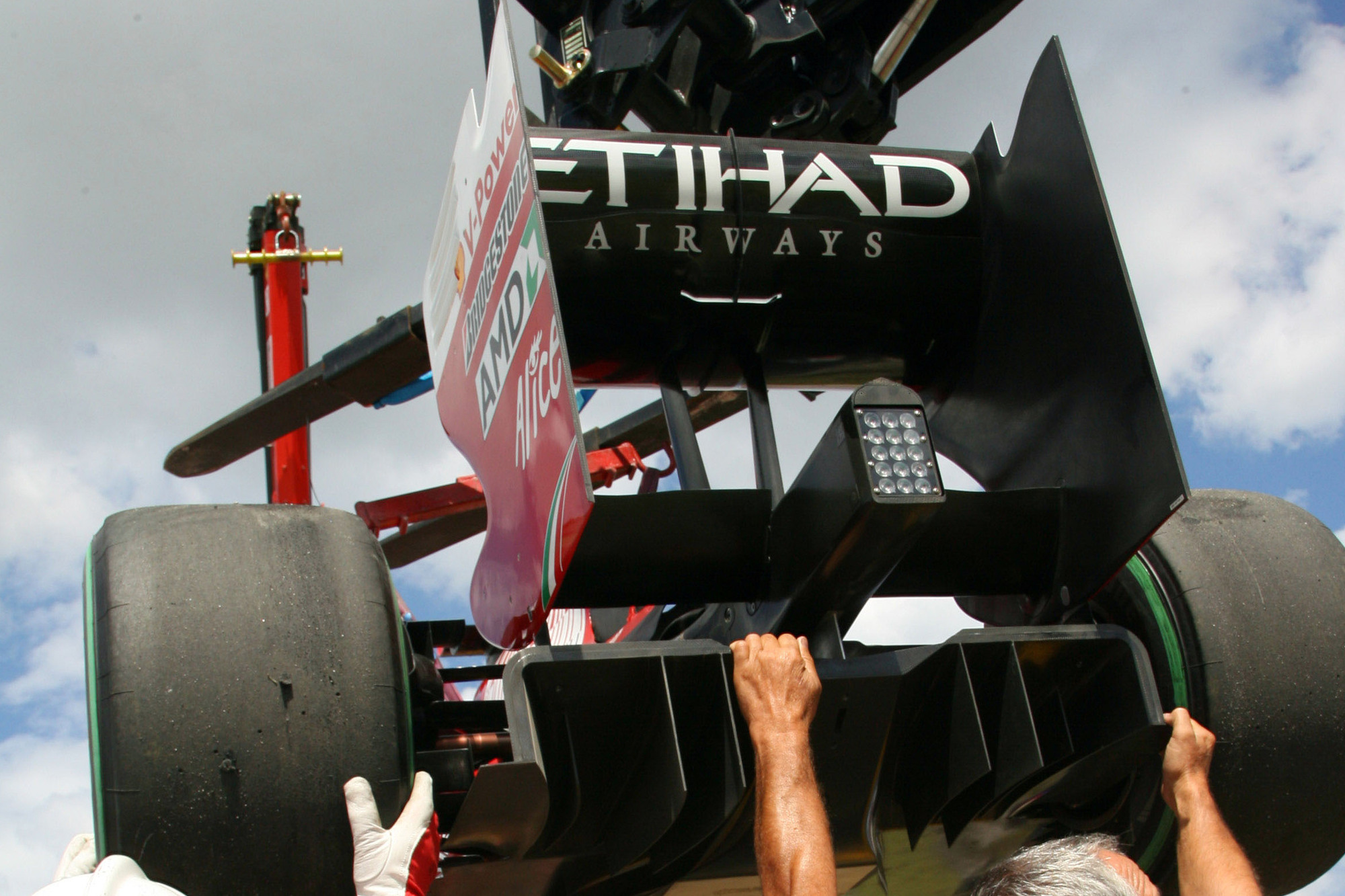 Massa suffered life-threatening injuries when an errant spring detached from Rubens Barrichello’s Brawn during qualifying for the 2009 Hungarian GP. Massa missed the rest of the season recovering from a fractured skull, concussion and eye damage.

A spring is obviously a much heavier and more dangerous component than a wing mirror, but Seidl’s warning raises an important further question about where to draw the line in terms of safety when it comes to the structural integrity of F1 cars and their constituent parts. 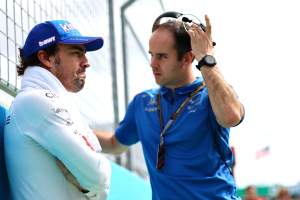 Had a marshal or driver been struck and injured by Alonso’s wing mirror, or Perez’s endplate, there would certainly be no clamour for leniency to be show with mechanical flags.

“My view is that in general, when you have parts on the car which are at risk to fly off the cars, you get called in,” Seidl said. “Because I haven’t forgotten what happened to Felipe Massa in Hungary.

“And we need to be aware something can happen anytime [when] such a part is falling off of a car. So I think that’s our responsibility in that case, to call the car in.

“I guess it’s just important now moving forward, without any emotions, have a good discussion between the teams and FIA and just put in place clear guidelines, what we all want in the interest of safety. 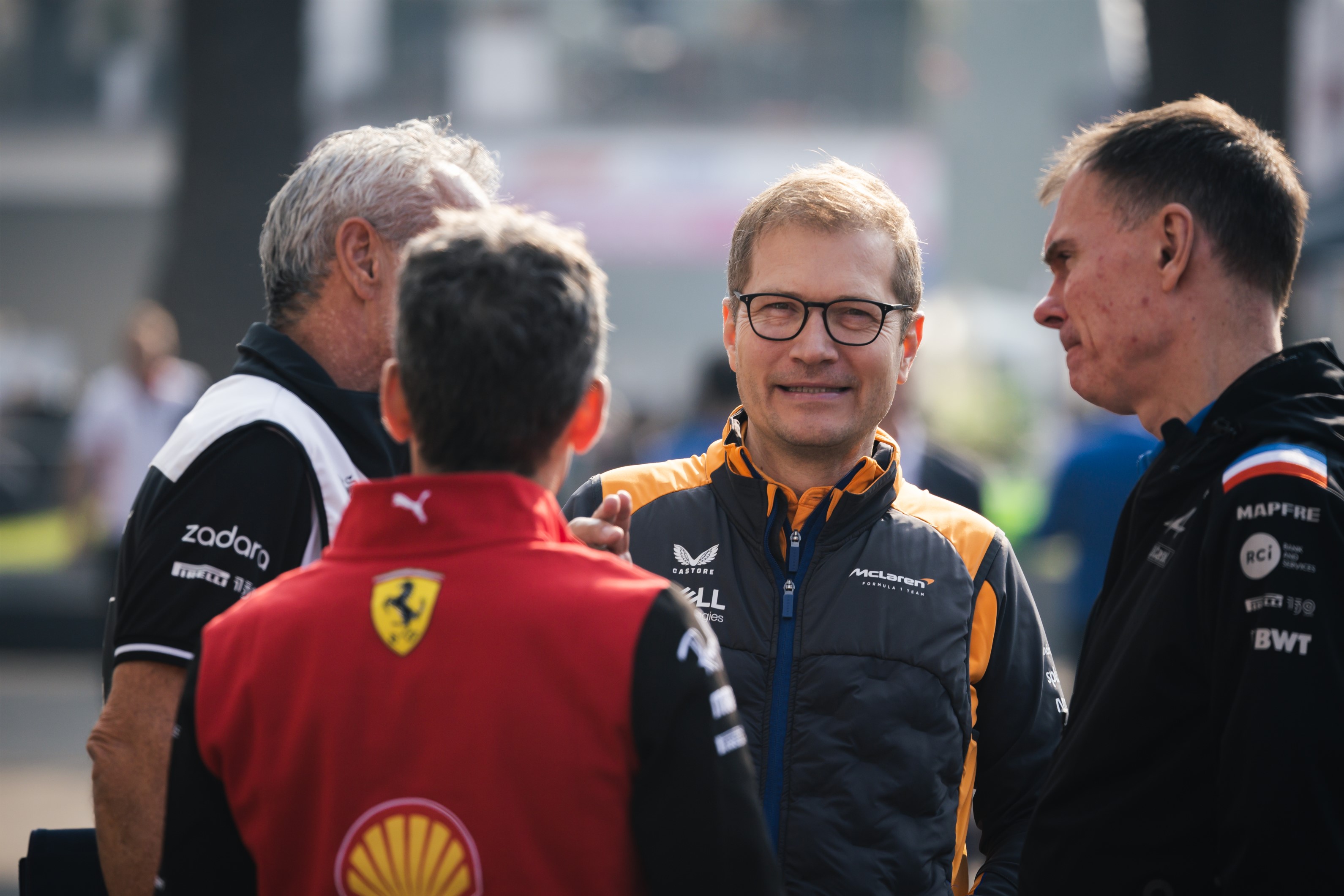 “And take it away from any current emotions around opportunistic views of where everyone is in the championship or what happened in the past.

“But again, safety always needs to come first. Don’t forget what happened to Felipe Massa. This can happen anytime if a part like this is falling off and I just think it would be the wrong thing to actually be aware that something is loose and could fall off and just accept it and keep going.”

Seidl’s comments suggests there is no unanimous view among teams on this subject, so further discussions will be needed with the FIA to decide where best to draw the line between allowing cars to race on and stopping them for repairs when they are damaged.