With eight rounds of the 2021 Formula 1 world championship still to go and Max Verstappen and Lewis Hamilton separated by only five points, the Monza incident between them just complicates their battle further.

They and their cars are closely enough matched that it’s inevitable they are going to be wheel-to-wheel again.

How does each of them treat the other in those split-seconds of decision when a place is there to be attacked or defended?

It’s a very raw, intense competition and Verstappen’s unambiguous binary approach in close combat – perhaps best summarised as ‘yield or we crash’ – and Hamilton’s refusal to always yield, is pushing them into dangerous territory which the rulebook doesn’t adequately cover.

This is bringing a new level of mental stress to the championship duel, one perhaps not seen since the days of Ayrton Senna vs Alain Prost.

Ever since F1 car braking zones became blink-brief decades ago, and in the subsequent massively increased safety of cars and tracks, the dividing line between a legitimate challenge and a more bullying ‘yield or crash’ move has become paper-thin.

Senna was probably the most famous exponent of it and Michael Schumacher exploited it subsequently – and it’s been used further down the grid away from the focus of the cameras innumerous times over the years.

But it’s not actually illegal. If there is contact and it’s reported to the stewards, they may actually dole out a penalty (as at both Silverstone and Monza). But if the move is successful because the other driver yields, then all is good and there is no case to answer. 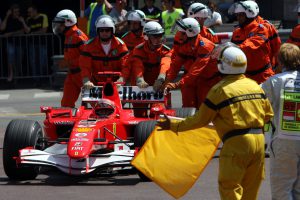 Hamilton has historically trod this line very finely when things have got close wheel-to-wheel.

“He is always in the grey area,” said former team-mate Nico Rosberg in retirement, “so that he always has plausible deniability. So that any contact technically isn’t his fault, but it sort of is.

“He is just as good at treading that line as he is in every other aspect of his racing and it makes him incredibly difficult to compete against.”

But he treads that line rather than crosses over it. Verstappen simply stakes his claim with no ambiguity, taking full advantage of there being no specific rule which says you are not allowed to place the decision on the other driver about whether there will be contact or not. So it then falls upon the ‘other driver’ – ie Hamilton usually – to decide if they will avoid him or not. Usually they do, but not always. 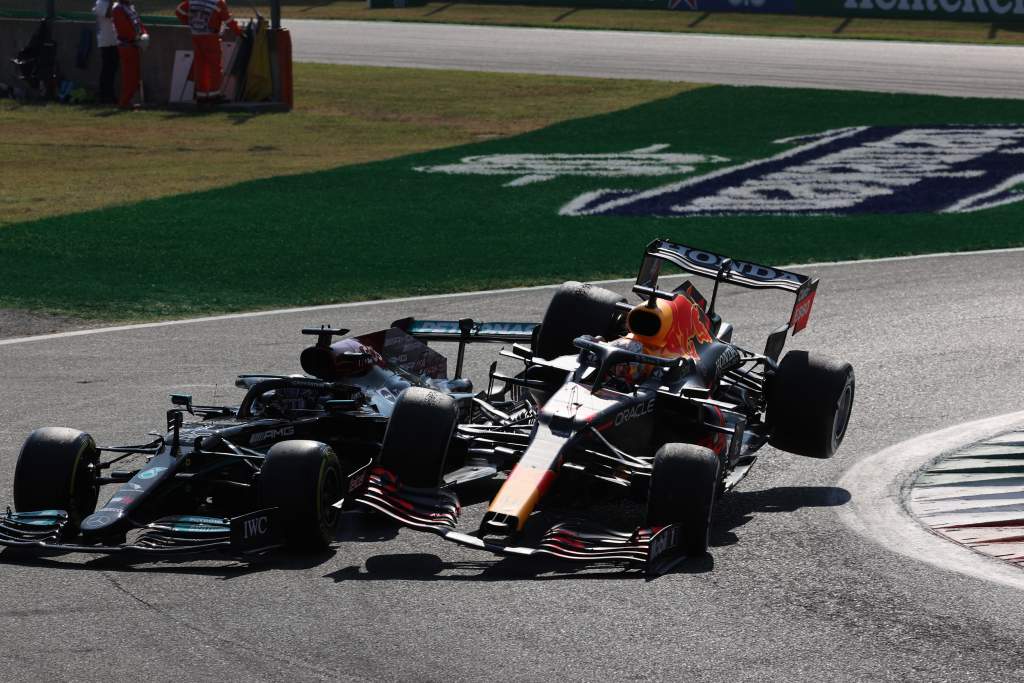 It’s not a new thing, this niggle between Verstappen and Hamilton on this very point. But it’s the first time it’s counted in the destiny of the title.

Previously, Hamilton could afford to be the one yielding as he had a title to win and Verstappen did not, because of the respective quality of their cars.

“I don’t like getting wheel-to-wheel with you because I’m never sure what you’re going to do,” said Hamilton to Verstappen in a press conference back in 2018. Verstappen probably enjoyed that, though Hamilton wasn’t meaning it as a compliment.

“If you’ve seen races before, I always leave Max a lot of space – it’s the smartest thing you can do. But there wasn’t a lot of space for me to give him…” said Hamilton in Mexico 2019 after first corner contact between them. 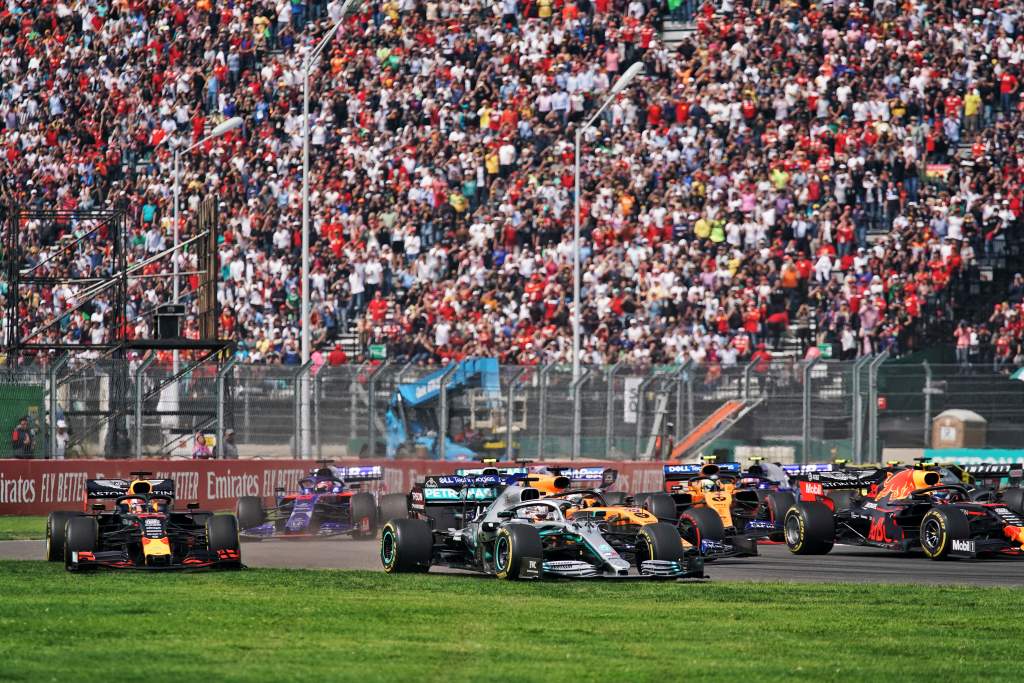 But the game very obviously changes when they are fighting each other for the title. Hamilton yielded in Turn 1 at Imola and Barcelona and at Turn 4 on the first lap at Monza.

But he chose not to give Verstappen the space at both Silverstone and Monza Turn 1. At Silverstone he was the attacker, at Monza the defender. Each time he has made that decision – in other words, there has been contact.

And it’s getting dangerous, as Verstappen’s 51g impact with the Copse barriers and Hamilton taking a glancing blow from Verstappen’s tyre at Monza testify.

“We are both top drivers and well experienced,” said Hamilton in the Monza aftermath. “I know that I cannot go around the outside of Max, you’ve seen it in Imola, he runs you out of road. You have seen it before, so all the incidents I have moved out of the way and gone over the kerbs.

“Today, I was ahead in Turn 1, I left enough room going into the corner but we barrelled similar speed and I was ahead going into [Turn] 2…. there is a point where you have to concede that you aren’t going to make the corner and you go across [the run-off].”

“He realised I was going for it,” said Verstappen, “so he kept on squeezing me. I wanted to work with him because I wanted to race. 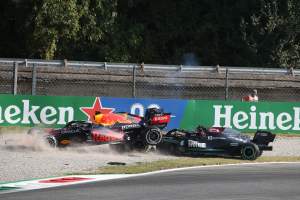 “Of course, people then automatically start talking about Silverstone, but these things happen. Of course, it was not nice at the time but I think we are all professional enough to just get on with it and keep on racing each other.

“But then he just kept on pushing me wider and wider and at one point there was nowhere to go, he just pushed me onto the sausage kerb and that’s why at the end of the day we touched.” 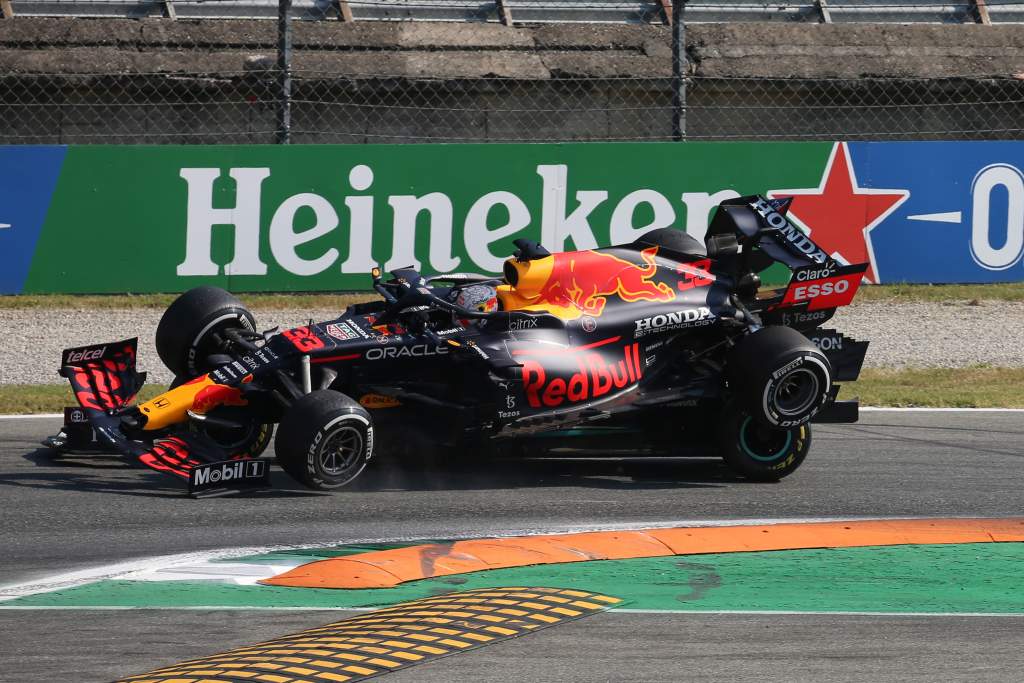 So how does this define their challenge in their title contest? Hamilton always knows which Verstappen he is up against – because it is always the same zero compromise one.

Depending on whether he’s ahead or behind in the championship and by how much may well determine whether Hamilton chooses to yield or not, whether in defence or attack. He’s a calculating enough operator to play those percentages.

Verstappen, on the other hand, cannot know which Hamilton he might be up against in any given split-second of decision: the yielder or the stubborn refuser. Logically, the situation therefore is more difficult for Verstappen.

But psychologically, Verstappen maybe doesn’t even feel it and will just race as he’s always raced. Because the rules don’t say he can’t. That way it’s easy and he feels no conflict. Maybe… 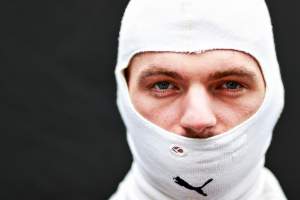 Hamilton, as an older head, with huge achievement behind him and at a stage where he’s probably considering what the rest of his life is going to look like, maybe has a heavier decision to make.

“I need to have a think,” he said post-race Monza. “I don’t think I have ever been hit on the head by a car before and it is quite a shock for me… This will continue until we have to learn from our scenarios on track.”

One hopes they could talk it out before they get in this situation again. So there’s an agreed and unambiguous protocol they both understand and respect.

But, even if they did reach such an agreement, it probably wouldn’t hold the first pressure test.

It’s fascinating but frightening. Perhaps it’s time for a strong pre-race lead from the race director.