Charles Leclerc’s brief reference to a problem with the throttle in his Ferrari Formula 1 car led to wild and unsubstantiated conspiracy theories about his French Grand Prix crash.

Leclerc crashed out of the lead of the Paul Ricard race when he lost the rear and spun 360 degrees before nosing into the wall at the long Beausset right-hander. 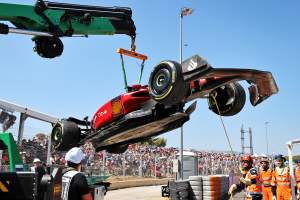 Despite the car appearing to suffer relatively little damage, Leclerc was unable to reverse out of the barrier and rejoin the race.

He took the blame for the mistake post-race but some fans and pundits suggested there was more to the incident than met the eye.

The primary accusation was that the throttle had stuck open, causing the crash to begin with. Within that was a theory it was linked to the throttle problem Leclerc suffered late in the Austrian Grand Prix weeks ago and Ferrari had failed to fix that properly.

There were also claims Leclerc was too quick to take the blame and may even have done so because he accidentally left his radio on and had disclosed the throttle problem by mistake.

None of these claims hold up to scrutiny as not only is there no evidence to support them but all available evidence actually dismisses the claims. 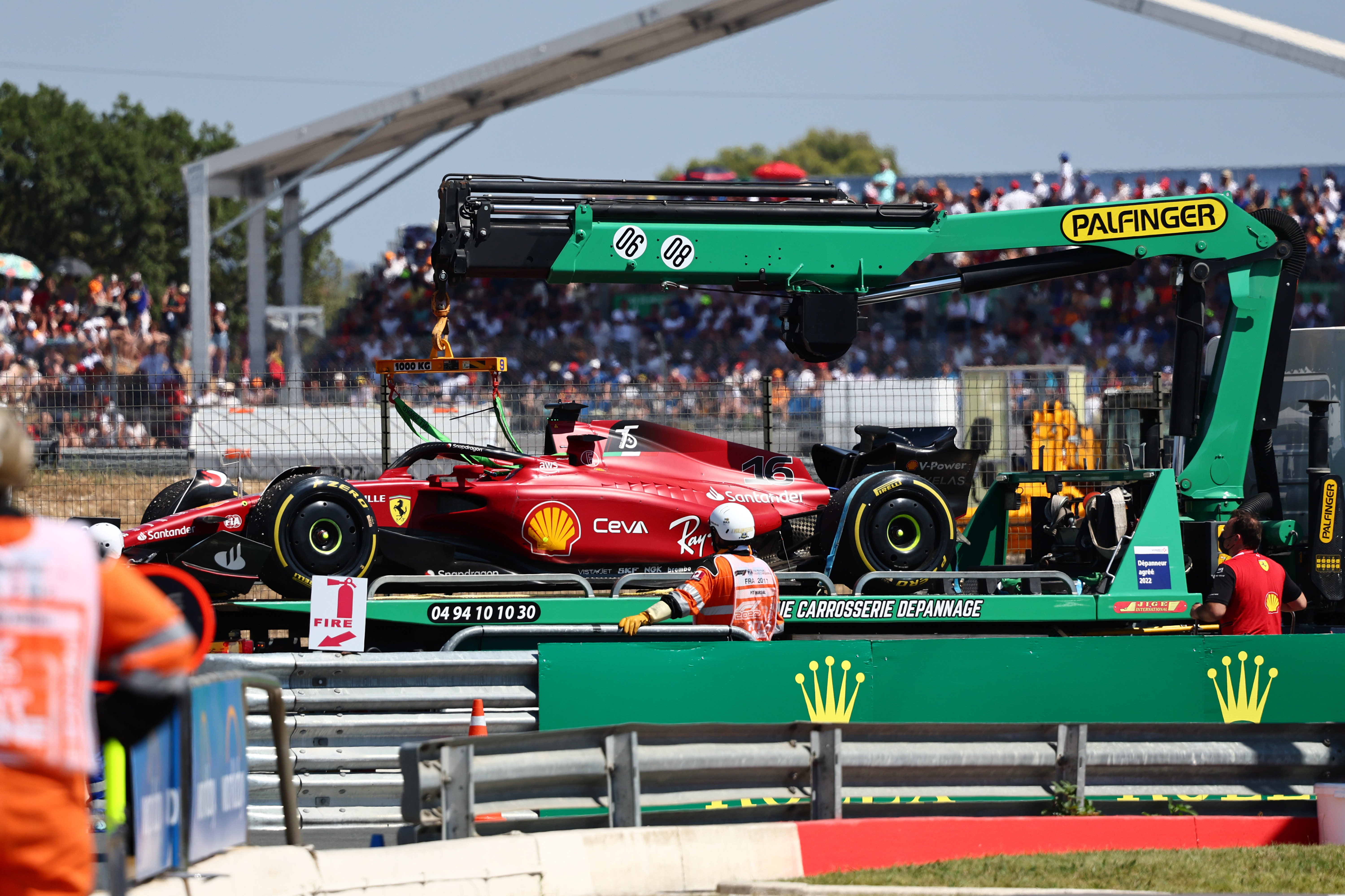 First of all, the Leclerc radio message appears to have been misheard. He was widely reported to have yelled “I cannot go off throttle!” on the radio, suggesting the throttle was stuck.

That seemed to be supported by a message from his race engineer of “now it’s 0%”, which was broadcast on the world feed but oddly was not audible from Leclerc’s onboard footage and audio channel. 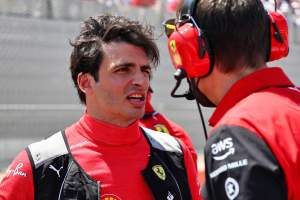 However, Leclerc said “I cannot go ON throttle”. This related to a problem, likely caused by the crash, whereby the car was not producing enough torque on throttle to haul itself out of the barriers.

Once Leclerc’s car had come to a stop, he was stationary with the engine running for several seconds. This is when he was trying to reverse out.

He then switched the car off and fired it up again, straightening the wheel as well, to try once more. His throttle application was audible but yet again futile.

After that Leclerc switched the car off, removed his steering wheel and exited the car, remonstrating furiously over his mistake.

“I tried, but there was something with the clutch not working and I couldn’t reverse, which was a shame because I saw the car and the car was actually not too damaged,” Leclerc said of the failed recovery.

“But, this is a detail, honestly. First of all, I need to not put cars in the wall, and then they should work better.” 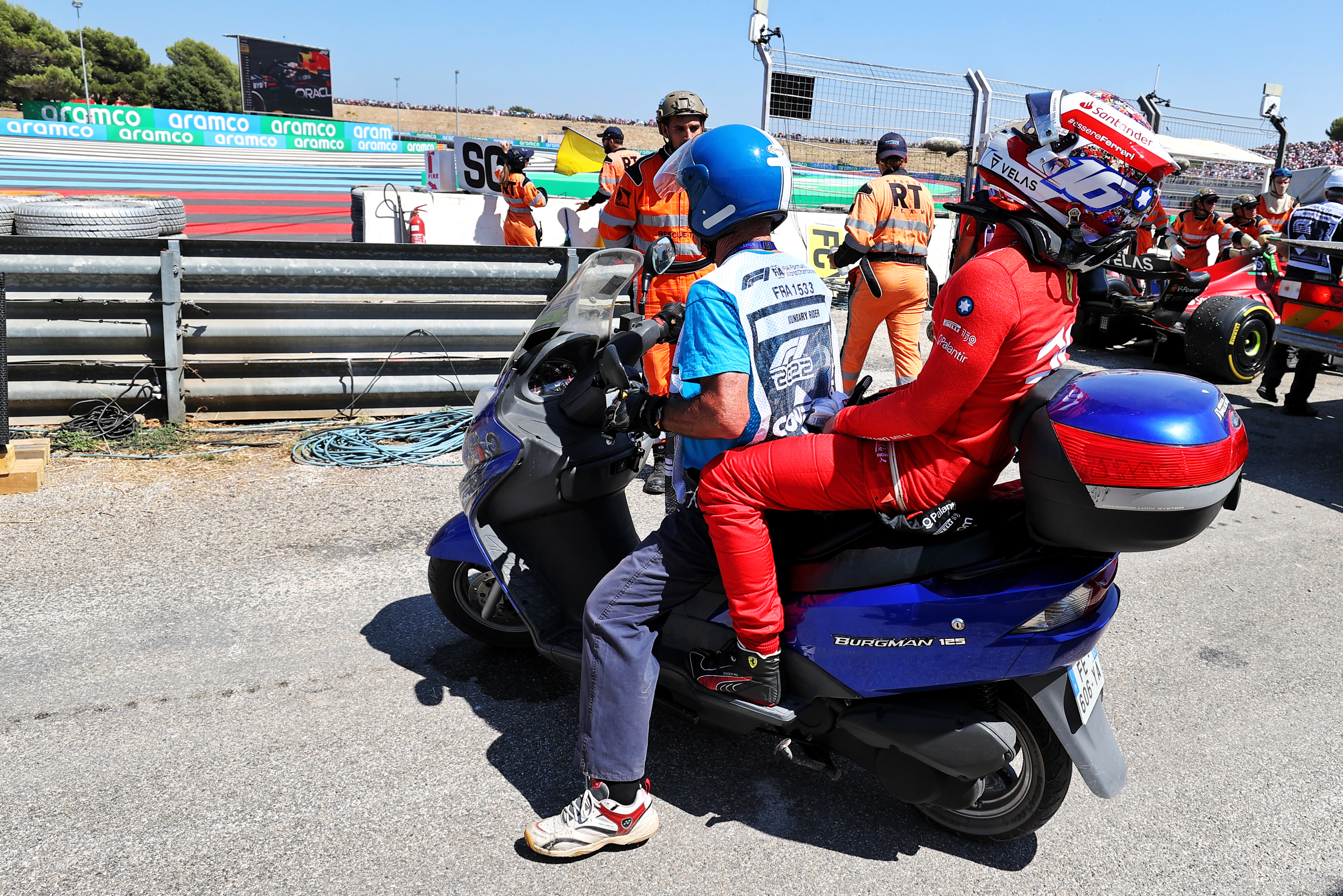 As for the reference to the problem from Austria, Leclerc had an inconsistent issue there with the throttle getting partially stuck open in corners.

That was a sticking component that Ferrari says it responded to with “actions to avoid it for the future”.

Asked by The Race to clarify the situation from his team’s perspective, Ferrari team principal Mattia Binotto said: “First there was no issue with the throttle itself, [it was] nothing to do with Austria.

“What you heard on the radio was about when he was in reverse gear trying to get out from the barriers.

“There is a strategy. Without going into all the details he was on the throttle but didn’t feel sufficient torque from the engine.

“It was nothing wrong. Simply the strategy there.”