AlphaTauri driver Daniil Kvyat’s heavy crash at Magotts in the British Grand Prix was “probably” caused by a right-rear slow puncture according to Pirelli, which has sent the remains of the tyre to its lab in Milan for further analysis.

Kvyat was running 12th in the early stages of the race at Silverstone when the rear end came round in the left-hand entry to the ultra-fast Magotts/Becketts complex and pitched him heavily into the wall.

While Pirelli has blamed the late-race tyre problems suffered by Lewis Hamilton, Valtteri Bottas and Carlos Sainz to a failure of the construction thanks to a combination of the high loads and high-wear levels, preliminary indications are that Kvyat’s was a different problem. 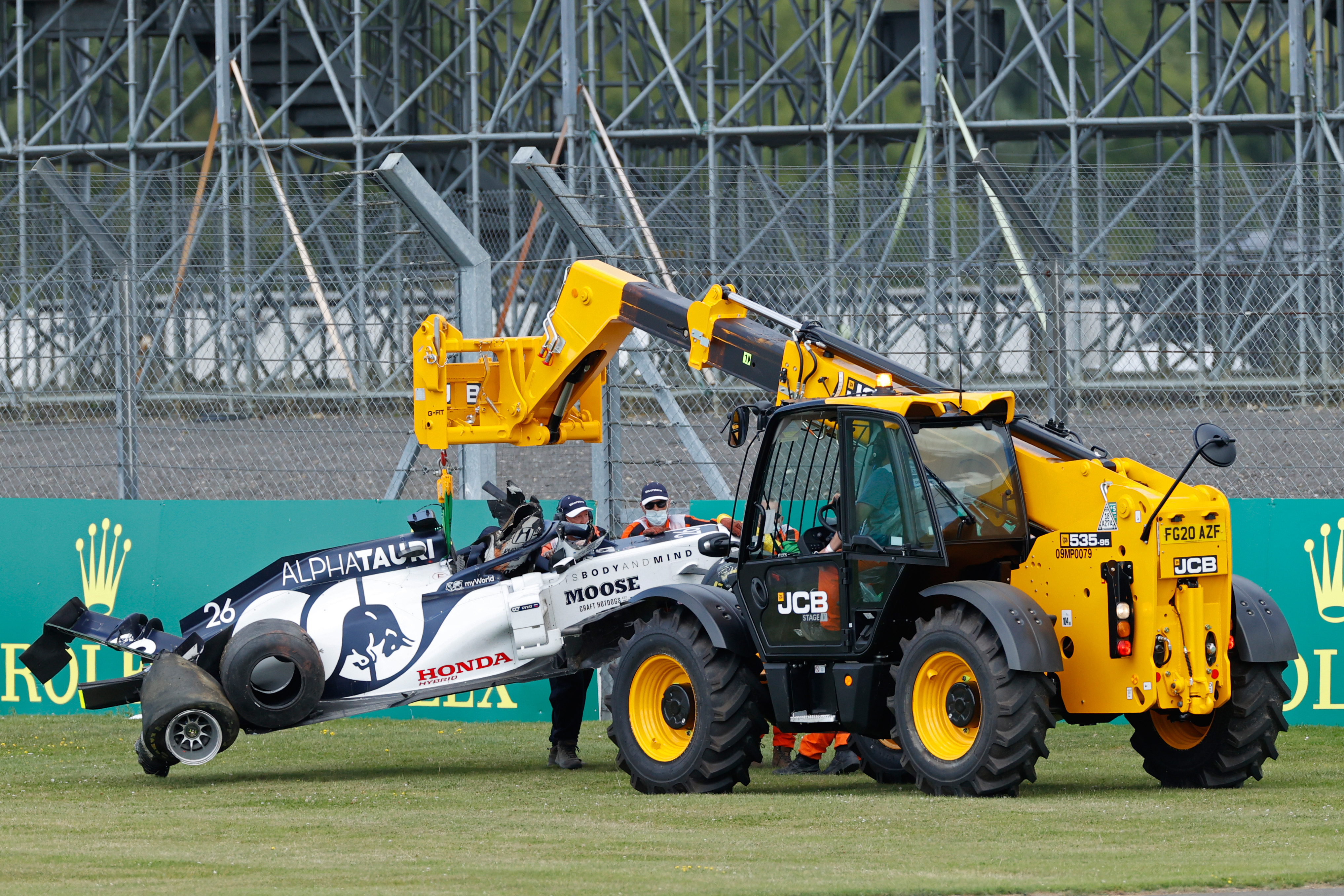 “But we want to investigate the tyre deeply. The tyre is going to Milan because it was not possible to understand exactly what happened.

“It’s probably something that is not related to the tyre, or is a slow puncture – the most probable conclusion is this one. But we want to be 100% sure, that’s why the tyre is going to Milan to perform addition analysis.”

Isola suspects that it was unlikely to be a failure of the tyre itself, as although footage shows it did lose air, this is not considered to be a tyre failure if it’s caused by external factors such as debris or an impact.

Although the tyre was heavily damaged thanks to the crash, Isola expects to have confirmation of the cause following the additional analysis. 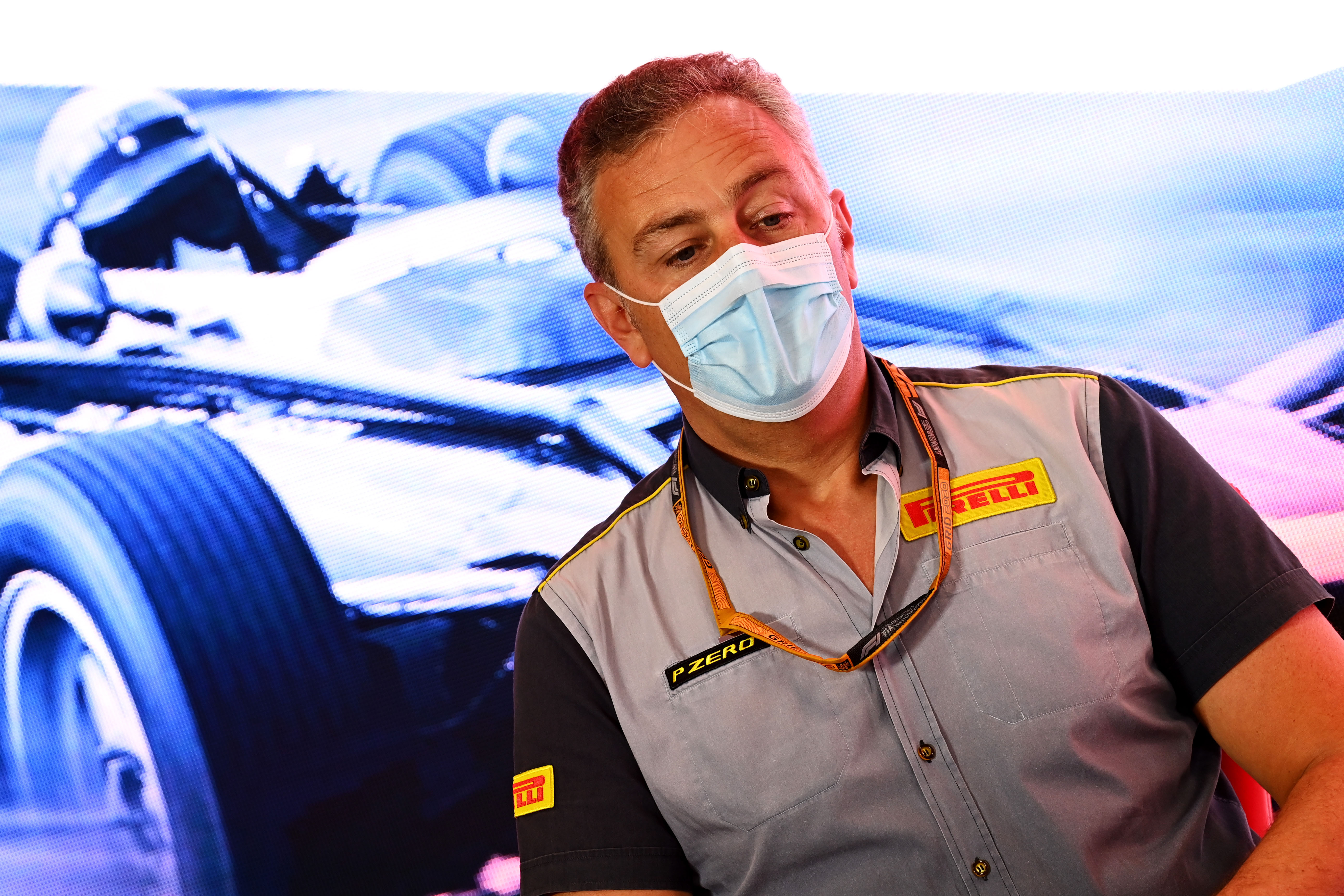 “The tyre is not in great condition, as you can imagine it’s quite destroyed but thanks to our laboratories and the possibility to do not only microscopic analysis but also section and go inside the elements of the tyre and have a more careful analysis,” said Isola.

“I’m confident that we can find the reason. But I’m not 100% sure that it was a tyre failure, that’s the important thing to explain.

“The tyre is broken for sure, don’t take this as an assumption but sometimes you have a rim that is broken. If the rim is broken you lose air immediately and it looks like a tyre failure, but it’s not a tyre failure.”

NO INCREASED RISK WITH SOFTER COMPOUNDS

Pirelli earlier revealed that the high-profile failures at the end of the race suffered by the Mercedes’ drivers and Sainz, were caused by the extremely high loads on the construction of the tyres, which were further exposed by high wear levels.

Isola confirmed that the tyre walls remained intact after the failures, but the tread ring, to which the compound is attached, had broken in all cases.

There will be no change in the decision to use tyres one step softer in the range for this weekend’s 70th Anniversary Grand Prix at Silverstone because the hardness of the compound was not a factor in the failures. This means the C2, C3 and C4 compounds will be used, with last weekend’s soft tyre becoming the new medium. 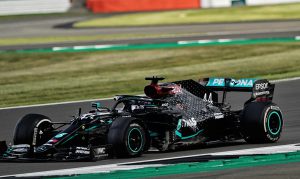 The tyre pressures have been raised to help to protect the construction of the tyre, with the fronts raised by 2psi to 27psi and the rears increasing by 1ps to 22psi.

Isola believes that the switch to softer compounds could reduce the chance of repeat failures given it is likely to push teams towards a two-stop strategy – which was already being mooted before the tyre issues in the last grand prix due to the softer compounds.

“The length of the stints will be shorter by definition because the compounds are softer,” said Isola. 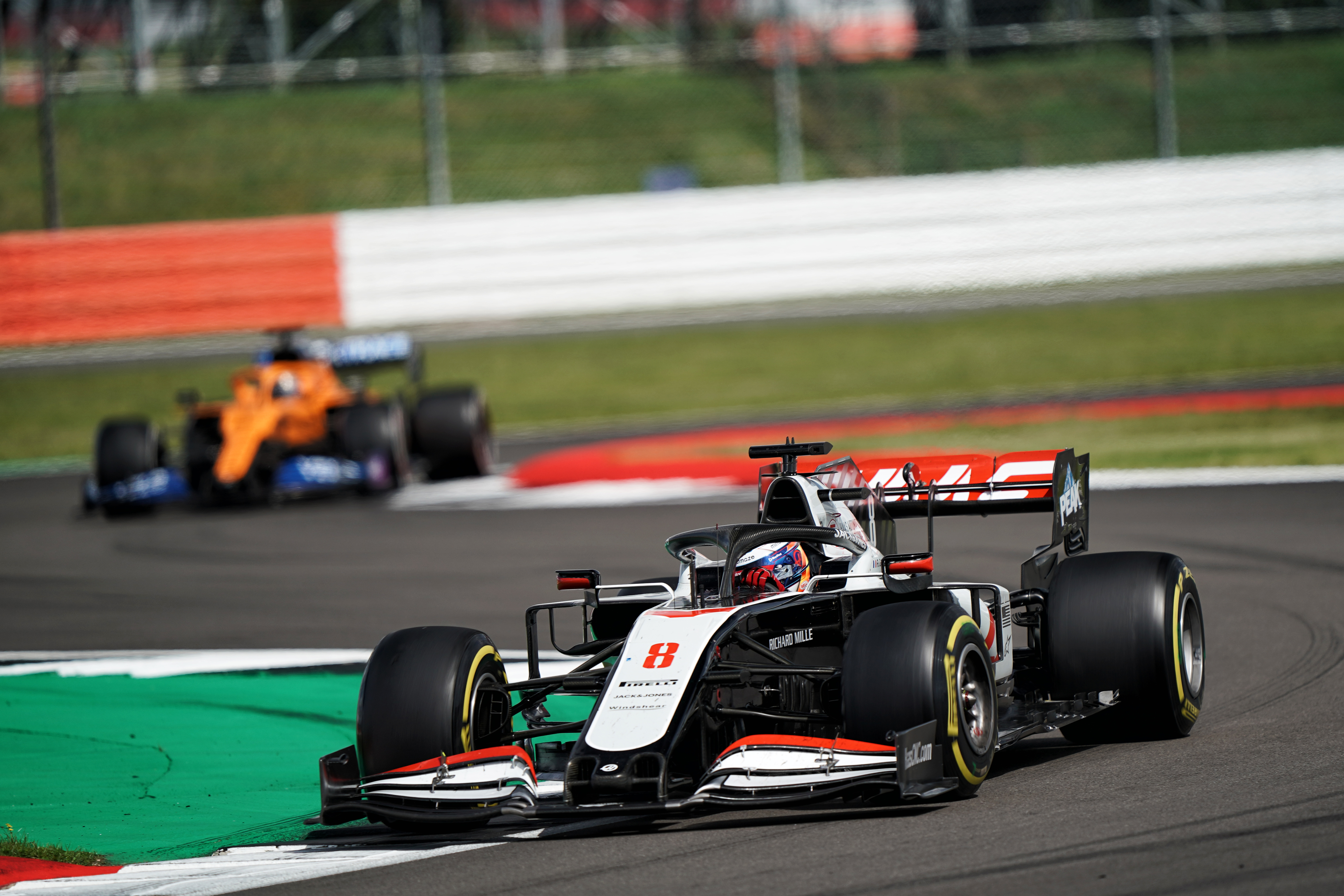 “So consider that with the medium compound that will be the hard for this weekend, the only one that ran 36 laps was Romain Grosjean and the tyres were completely finished. So I struggle to believe they can manage more than 30-something laps next weekends.

“They are very good at managing the tyres so I cannot write that in stone, but looking at the softness of the compound, probably most of the teams will target a two-stop strategy.”

Pirelli has also dropped the plan to trial prototype tyres during FP2 this weekend in order to allow teams to maximise their running on the race-weekend tyres. The planned test at the Spanish Grand Prix the following weekend will go ahead as planned.

DEBRIS NOT A FACTOR IN FAILURES

Pirelli also confirmed that many tyres were found to have cuts after the race, particularly those used during the second stint – although some tyres used from the start of the race also had cuts caused by debris from Kvyat’s crash. 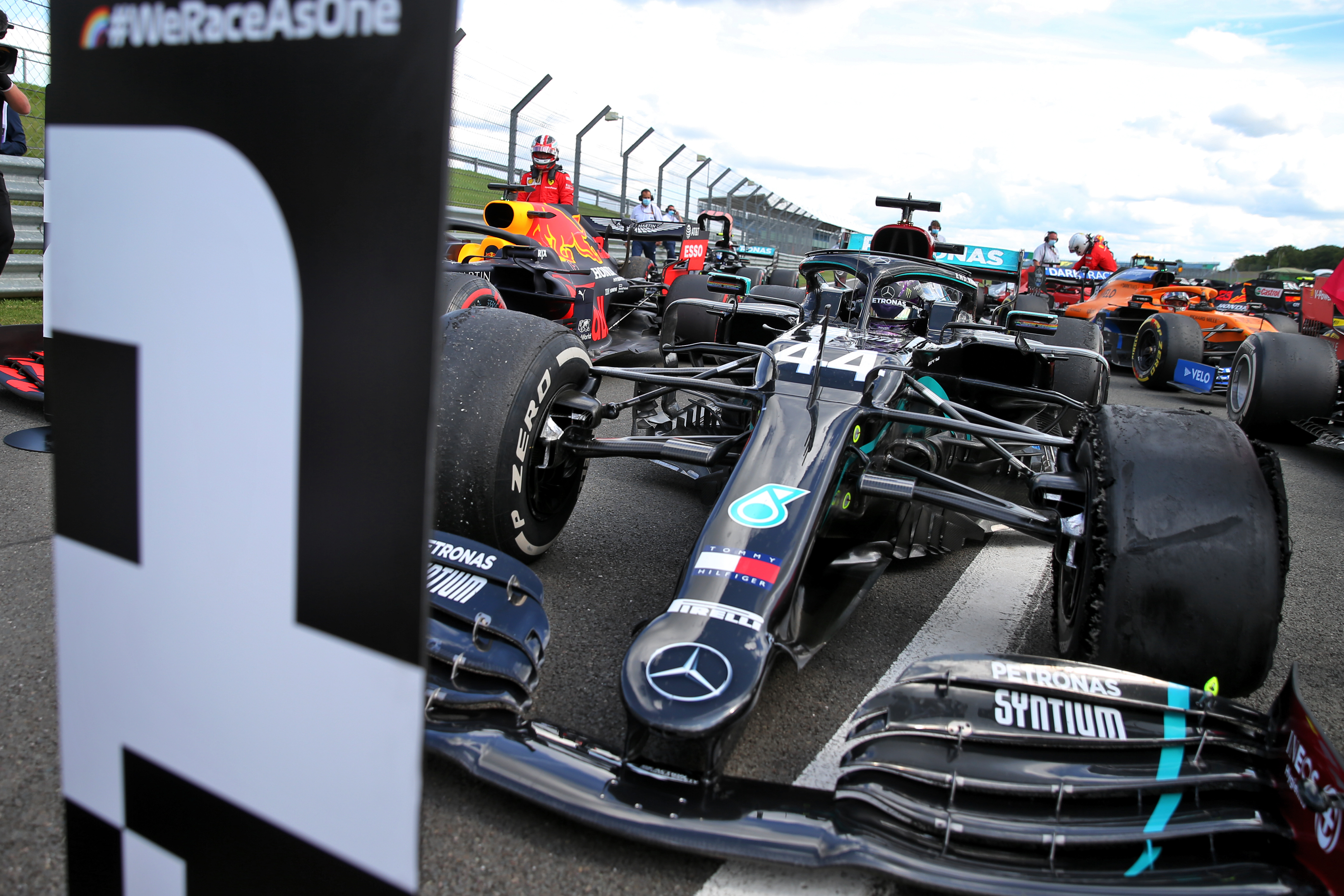 But Isola ruled out these as causing the failures suffered by Mercedes and McLaren.

“It is true that we recorded a high number of cuts,” said Isola.

“But we came to the conclusion that the cuts and the debris were not responsible for what happened to the two tyres of Mercedes and Carlos Sainz.”

Isola would not be drawn on whether the cuts Red Bull found on Verstappen’s tyres would have led to a failure had he stayed out for two more laps rather than pitting at the end of lap 50 of 52 to go for the fastest lap. 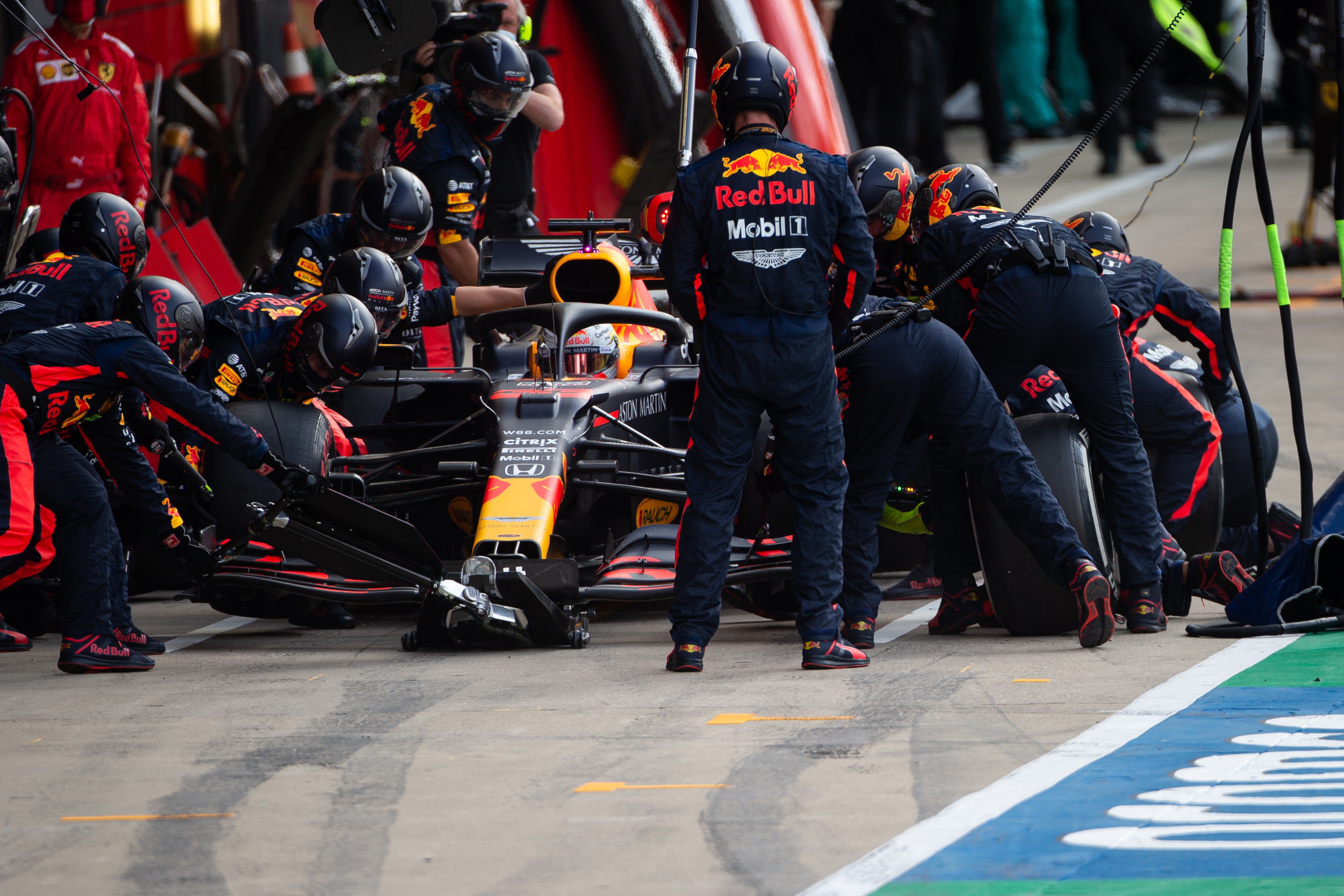 “It’s difficult to say because the cuts can create a risk if they are deep enough to cut part of the construction,” said Isola.

“Any piece of debris is more dangerous because it can cut the construction and therefore cause a failure.

“But if the cuts on Max’s tyre were big enough to stop him without an additional pitstop is difficult to tell you.”

Speaking after the race, Red Bull team principal Christian Horner said he did not regret the decision to call Verstappen in for the late pitstop despite it costing a potential victory.

“We’ll never know really because the tyre that came off the car had about 50 little cuts in it, so it’s been through debris and if we had stayed out, we could have lost a second position with the same failure as Lewis, Carlos Sainz and Bottas,” said Horner.

“It was right on the limit. So we’ll be grateful for what we’ve got. Rather than what we’ve potentially lost.” 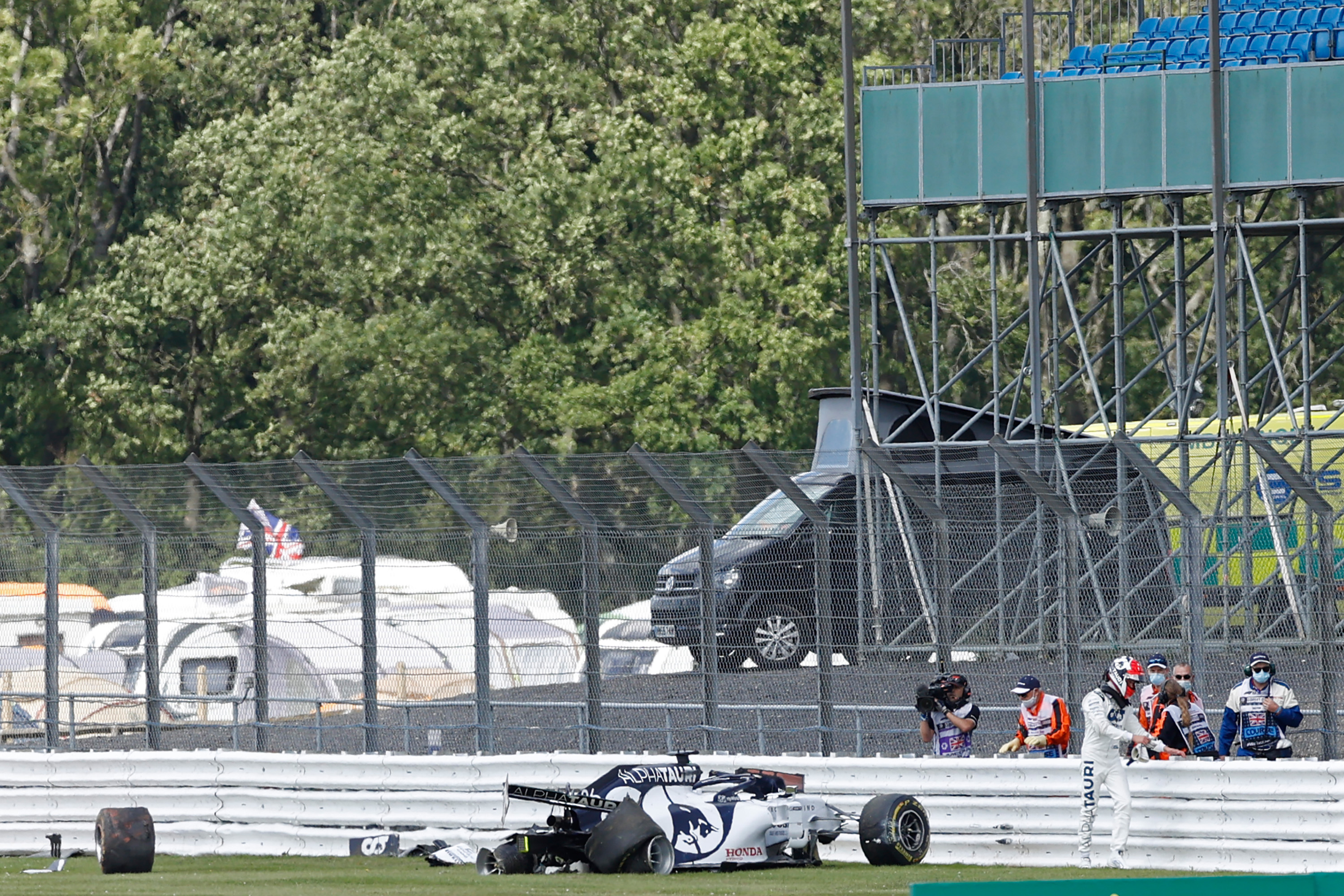