Is Leclerc ready to take Hamilton and Verstappen on? Our verdict - The Race
Skip to content
Brought to you by Aramco
aramco.com/poweredbyhow
Formula 1

Is Leclerc ready to take Hamilton and Verstappen on? Our verdict

If Ferrari’s 2022 Formula 1 preparations have gone as expected – and provided the new rules don’t lead to a radical shattering of the established pecking order – then it should join Red Bull and Mercedes to create a three-way title fight.

And that would mean Charles Leclerc taking on Max Verstappen and Lewis Hamilton on an equal footing for the first time.

Many are convinced Leclerc is the other standout talent of the generation, that he could’ve been the one to depose Hamilton but for Ferrari’s 2020/21 misadventures, and that the decade ahead will be Leclerc vs Verstappen.

Weighing against that are the number of mistakes Leclerc has made in his short F1 career so far, and the fact he’s never been under the pressure of a world championship fight.

Ahead of Ferrari’s 2022 F1 car launch on Thursday, our writers give their takes on Leclerc’s credentials.

A QUESTION OF APPROACH – AND CIRCUMSTANCE 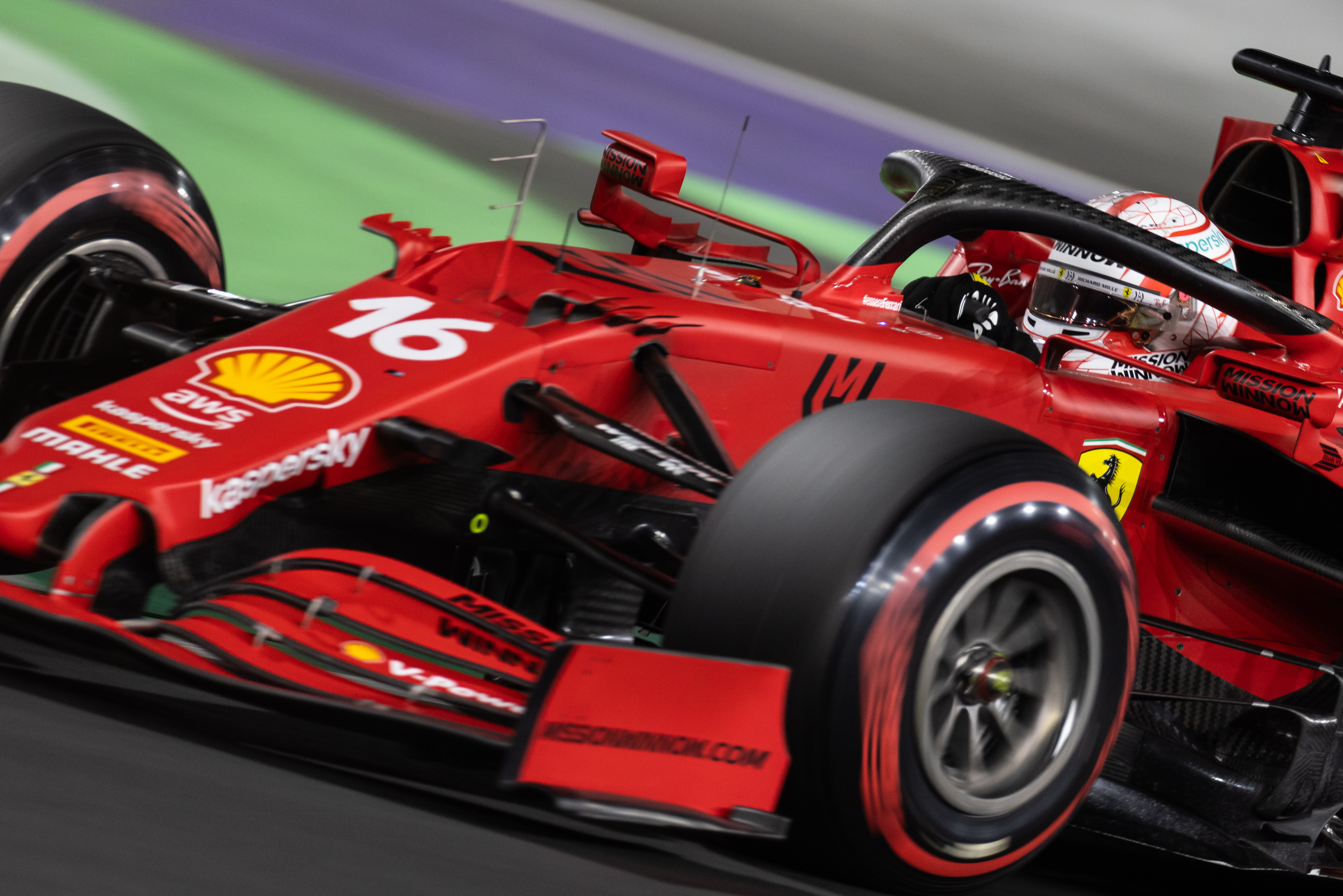 Yes of course Leclerc is ready for an F1 title fight. Give him a title-contending level of car and he is absolutely capable of going toe-to-toe with Hamilton and Verstappen.

The same question, ridiculously, used to be asked about Verstappen until he got a title-contending level of car.

Leclerc wasn’t quite as blemish-free in his rookie season as those two and even last season would sometimes over-strive in trying to make up for the deficits of a car which wasn’t quite there. But that same attitude was why he often had the car qualifying in places it had no right to be.

It’s more a question of approach and circumstance than any failing. His peaks are incredibly high and his commitment is total. There’s a ferocity about him that is disguised by his sunny manner out of the car. He’s a very exciting performer. That passion can win or lose you titles. It all just depends upon the circumstances.

But if the car is good enough for a title fight, Leclerc’s potential barriers aren’t just confined to Hamilton and Verstappen. He has a team-mate who is also capable of putting together a title campaign in such a car, as does Hamilton. Verstappen though has a clear run from within Red Bull. 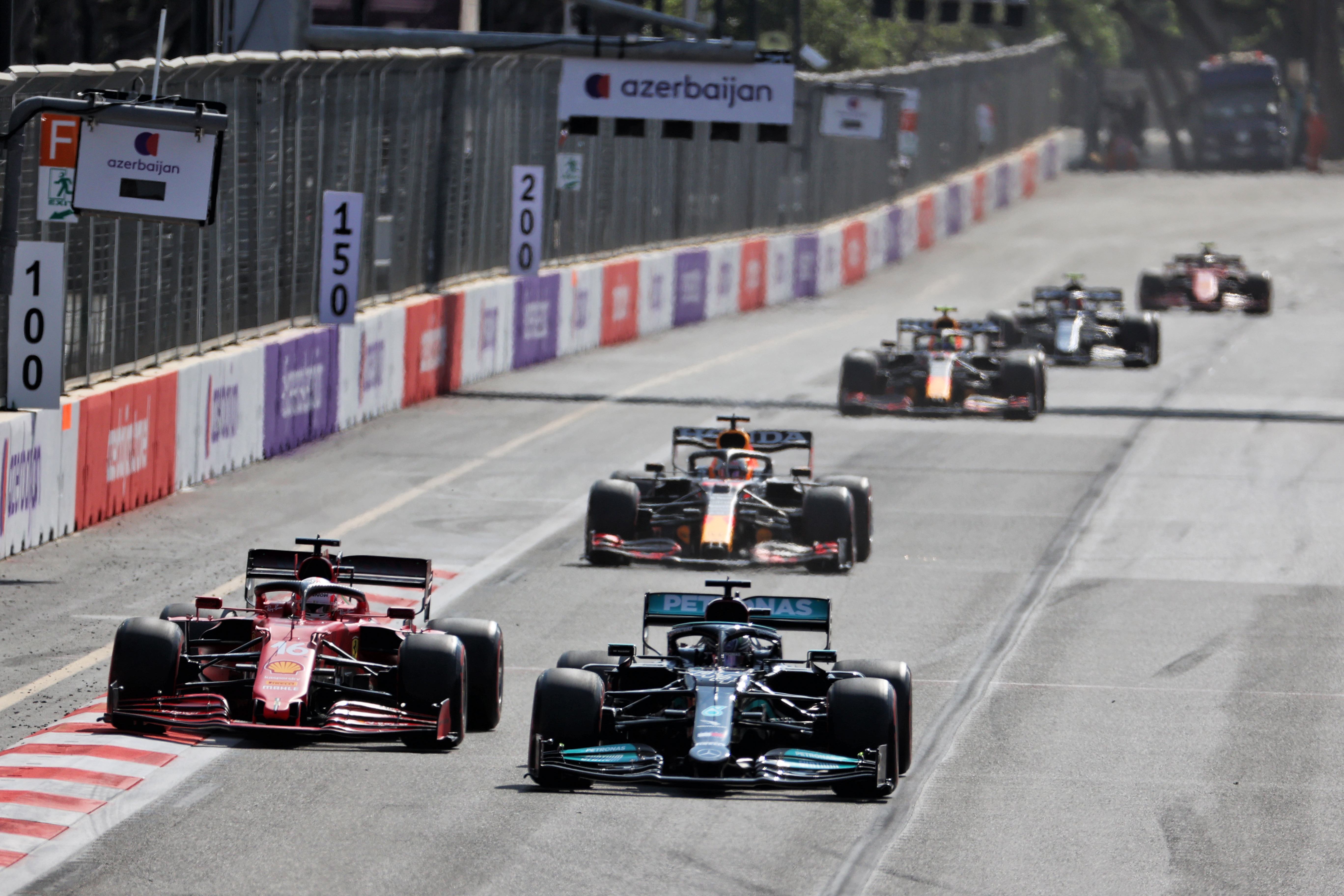 I’m a definite Leclerc believer. The strength of his junior career, the achievements of his rookie season at Sauber, how quickly he deposed Sebastian Vettel at Ferrari and then the ridiculous grid positions he was earning in the troubled 2020 and 2021 cars all provide more than enough evidence.

And perhaps some of that belief comes from sheer optimism because I’m just so fascinated to see how Leclerc’s style and character would fit into the Hamilton/Verstappen F1 dynamic. 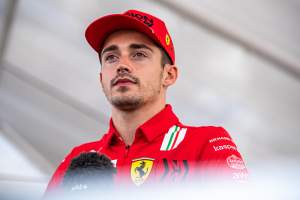 He might actually be the best qualifier of the three. His racing style isn’t as ‘fear me, I’m going for that gap regardless’ as Verstappen’s, but it’s certainly robust and gung-ho.

He’s confident, but also prone to spectacular self-flagellation over errors or underperformance – then seems to turn what might be extremely negative energy into productive self-improvement, having on the way shown a degree of emotional vulnerability and openness that would be unlikely from Verstappen or Hamilton.

How could F1 possibly top the drama of the 2021 title fight? Reprise it with a super-fast, ultra-racey Ferrari driver prone to calling himself an idiot involved too.

CAR IS BIG FACTOR – BUT SO ARE ERRORS 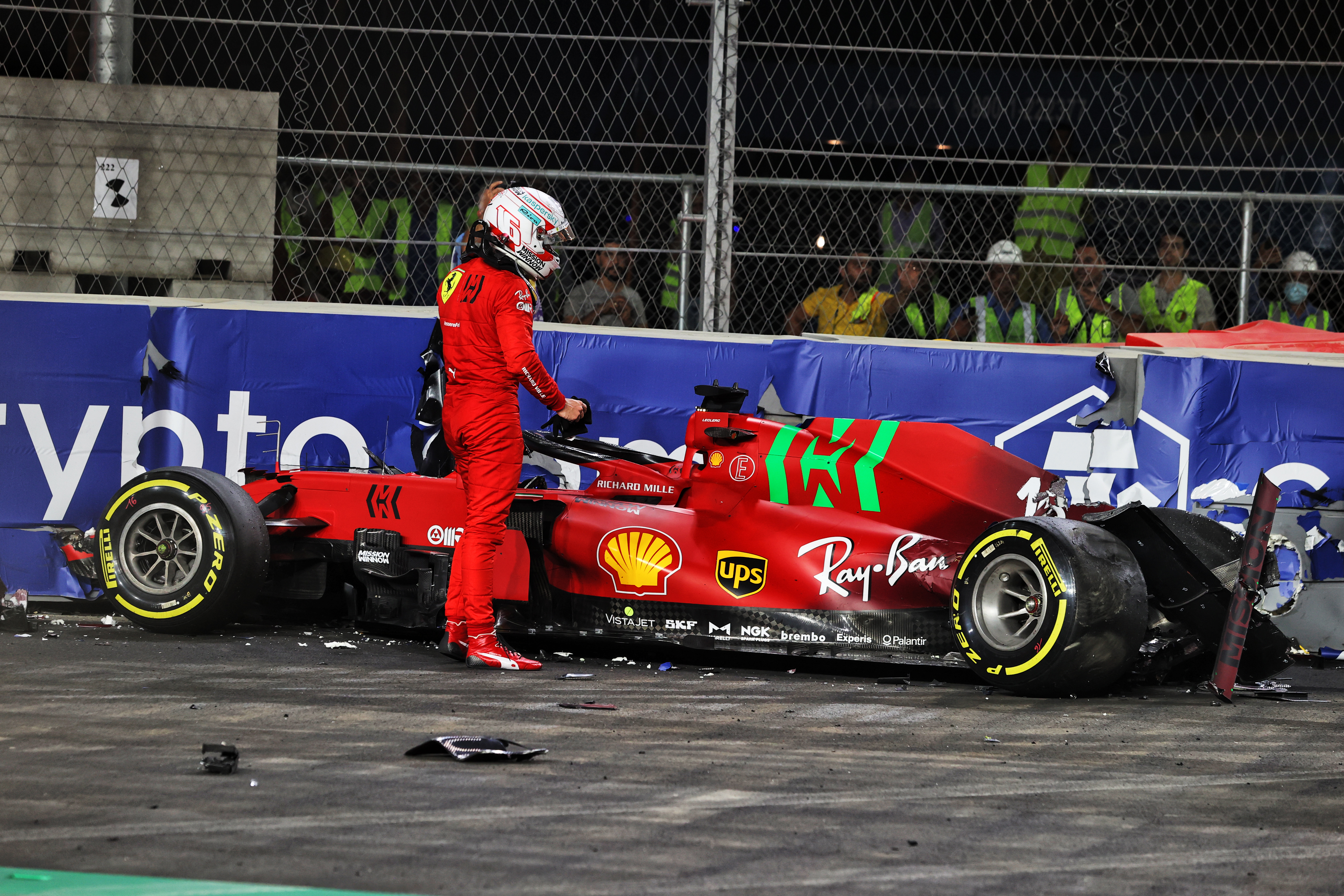 First of all, Leclerc needs to be ready for the intra-team battle with Carlos Sainz. That might just be harder than expected – especially as Sainz did outscore him last year.

Both have the talent to challenge if they have the tools to do the job, but that is out of both of their hands and down to Ferrari.

Although Leclerc is without doubt fast enough on his day to challenge anyone, I think we still see too many errors to believe he can mount a championship challenge. When things go well, he will make life difficult for anyone but it’s when it doesn’t quite all click that it seems to get a bit desperate.

Let’s hope Ferrari gives Leclerc – and Sainz – the car to mount a challenge. Then we will eventually see how good they both are when the pressure changes from just doing the best you can with what you have got to being expected to win. Then, the Italian population will be on their backs if they don’t succeed when they are expected to.

EXPERIENCE MAY GIVE RIVALS EDGE 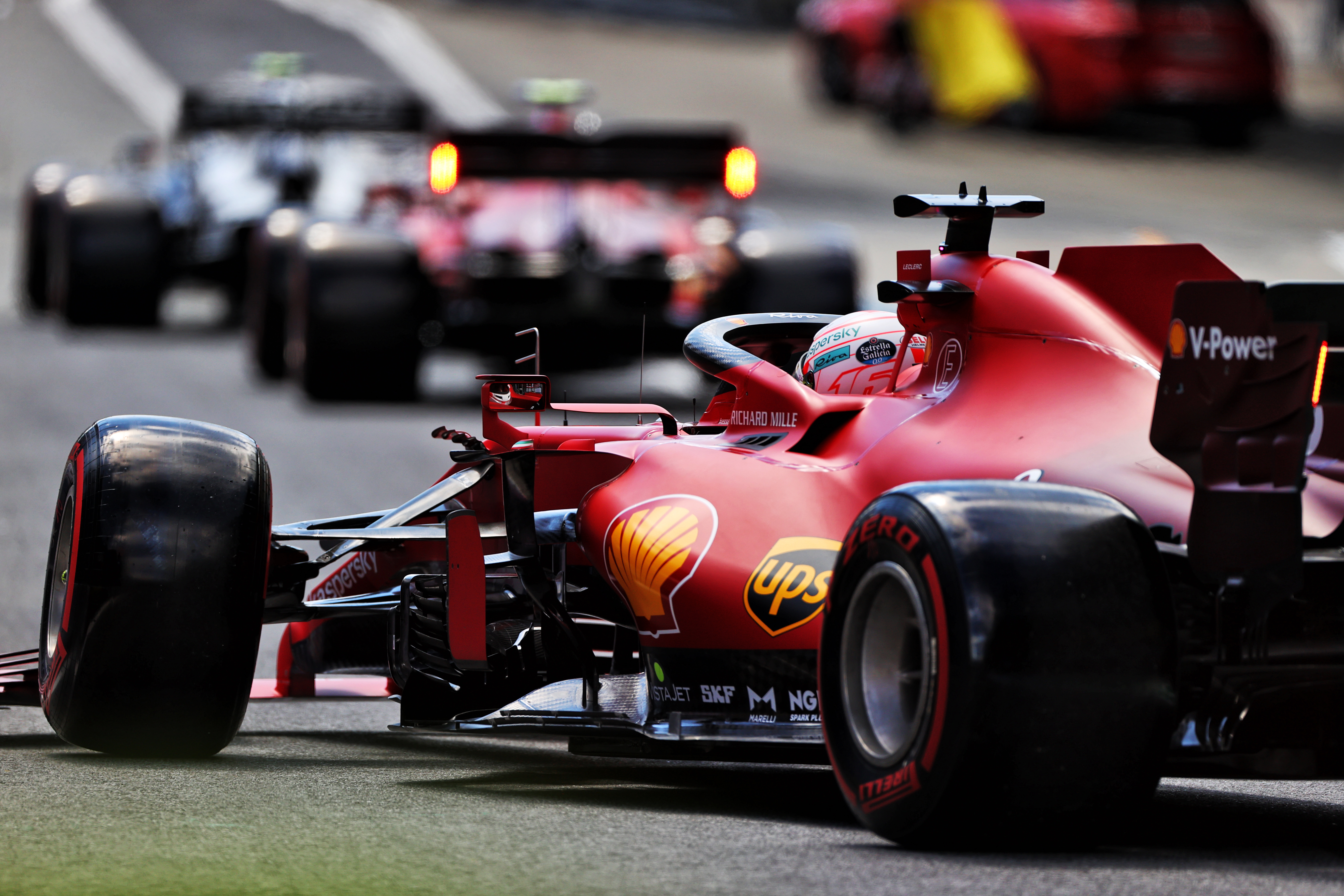 The obvious reference point is Verstappen himself. I’m marginally less convinced about Leclerc slotting seamlessly into a title fight situation than I was Verstappen would – but the difference isn’t much, and it’s not Leclerc’s fault.

Verstappen had the opportunity to gradually prove he had all the credentials, including the 2020 season where Red Bull was easily the second-best car and close enough to the Mercedes for Verstappen to really get into the zone of maximising every weekend, bagging as many points as possible, and beating the Mercedes drivers whenever he could. That set him up very well for the title fight in 2021. 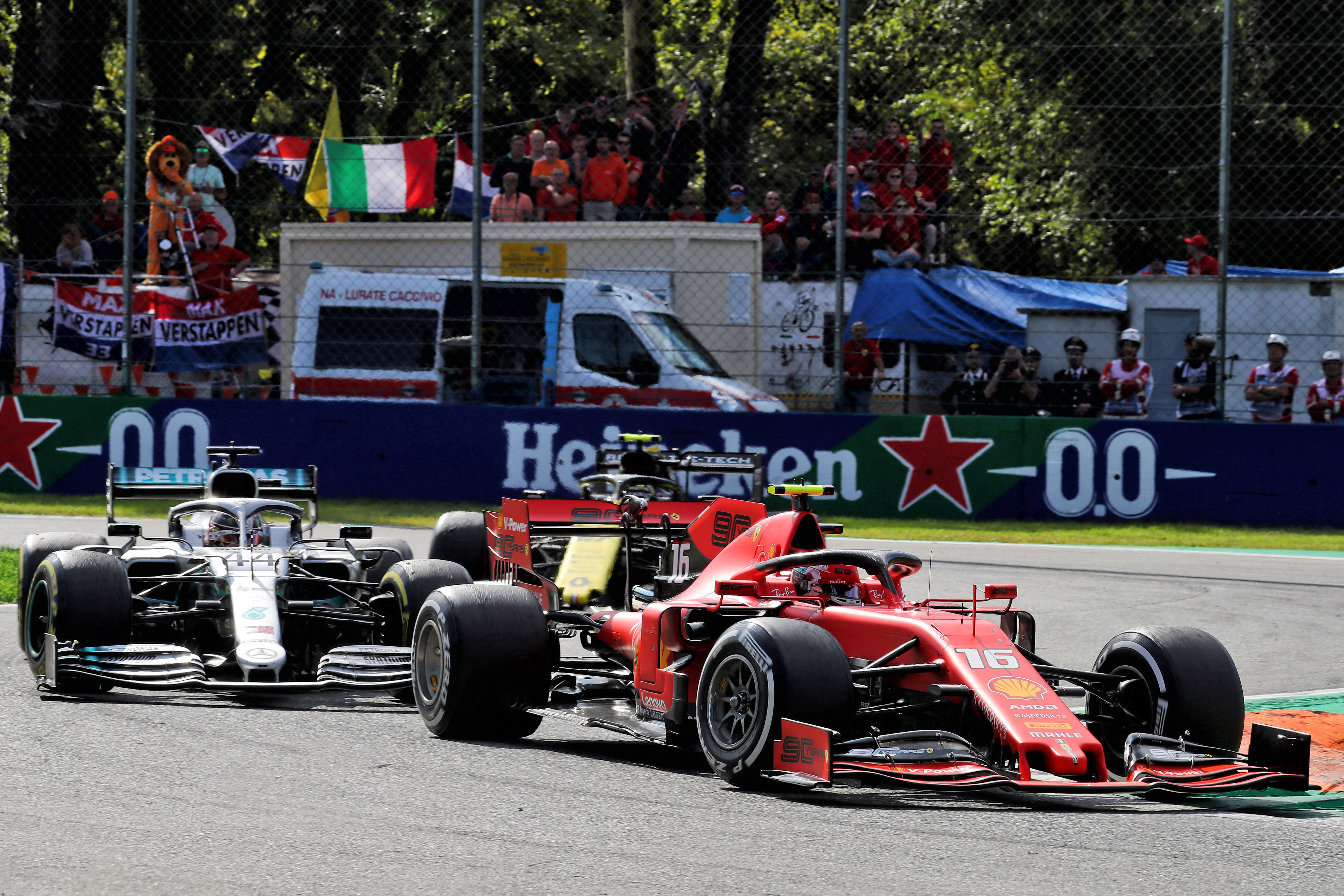 Leclerc only really has one season with that kind of intensity and opportunity, 2019. And he performed very well. Logic would dictate that having progressed as a driver in 2020 and 2021, he’d do an even better job with a frontrunning car now. Even though there are the usual question marks that come with a mega-fast young guy who still makes a few errors here and there.

It all comes down to the exact quality of their cars and teams, of course, but if Leclerc did lose out in his first title fight, I think he’d be very hard to beat second time around. 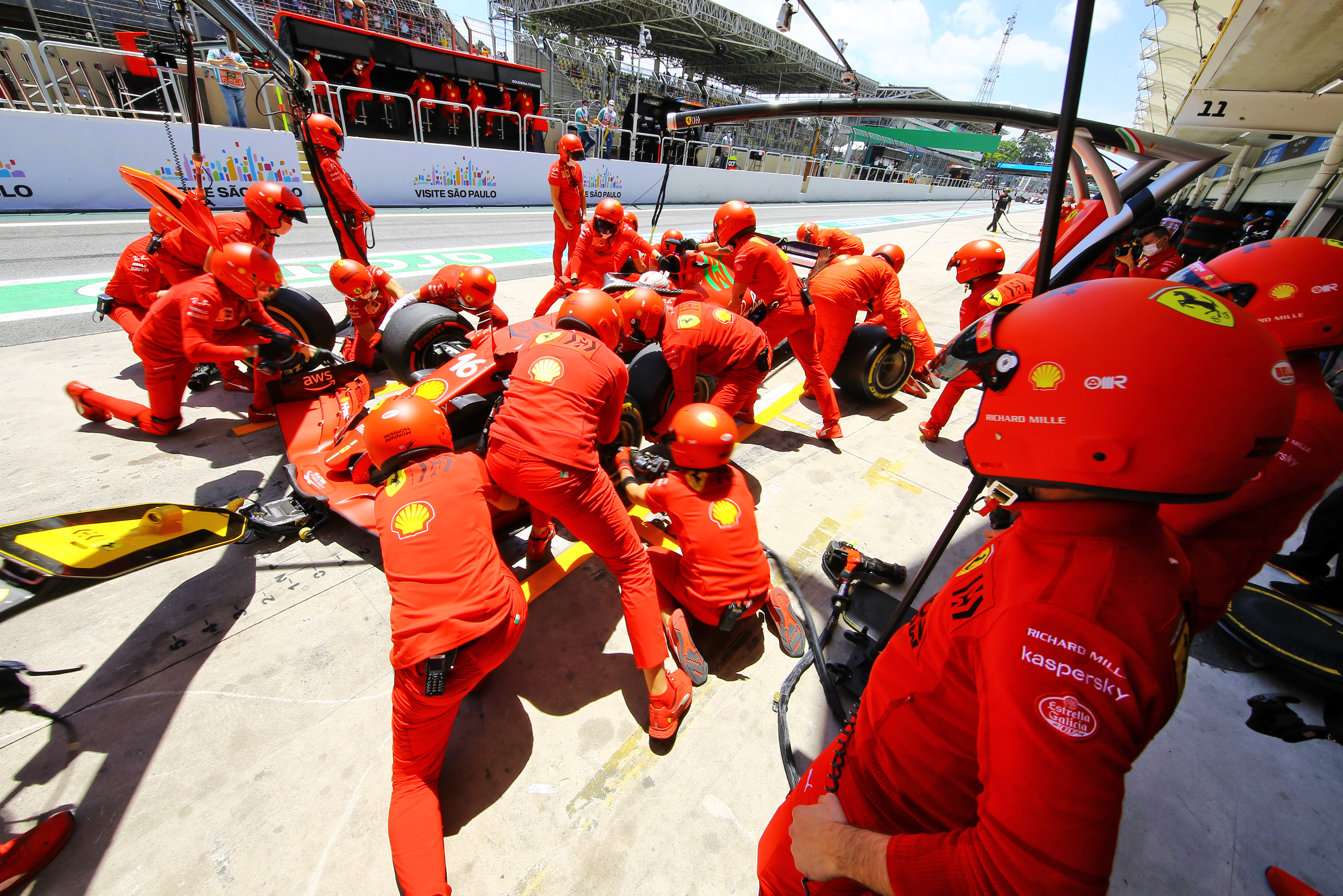 In terms of natural talent and ability, Leclerc is definitely ready to take on Hamilton and Verstappen in an F1 title fight.

The issue I could see arising, basic car performance aside, is whether Ferrari could support him enough in a title fight over the course of an entire season. We saw how little room there was for error last year between Red Bull and Mercedes’ drivers and teams – and they’re arguably the two most well-oiled units on the grid.

Ferrari doesn’t fill me with the confidence that it could be that consistently efficient. Call it recency bias, but operationally I don’t feel that it could run at the same level as Red Bull or Mercedes. This, while not a comment on Leclerc’s ability to slot into a title fight with Verstappen and Hamilton, puts him on the back foot.

Maybe that seems a little harsh but if 2021 is anything to go by the teams just cannot afford to drop the ball. This, coupled with the fact that Ferrari doesn’t have a clearly defined first and second driver – and so would more than likely have to contend with splitting the attention between both Leclerc and Sainz equally – makes me think that no matter how well Leclerc ends up driving, it wouldn’t quite be enough to put him on the same level as Verstappen and Hamilton.

Ferrari needs to get back into a rhythm of winning, being a frontrunning team and dealing with the pressure of that before Leclerc is given a fair-footing in a title fight. 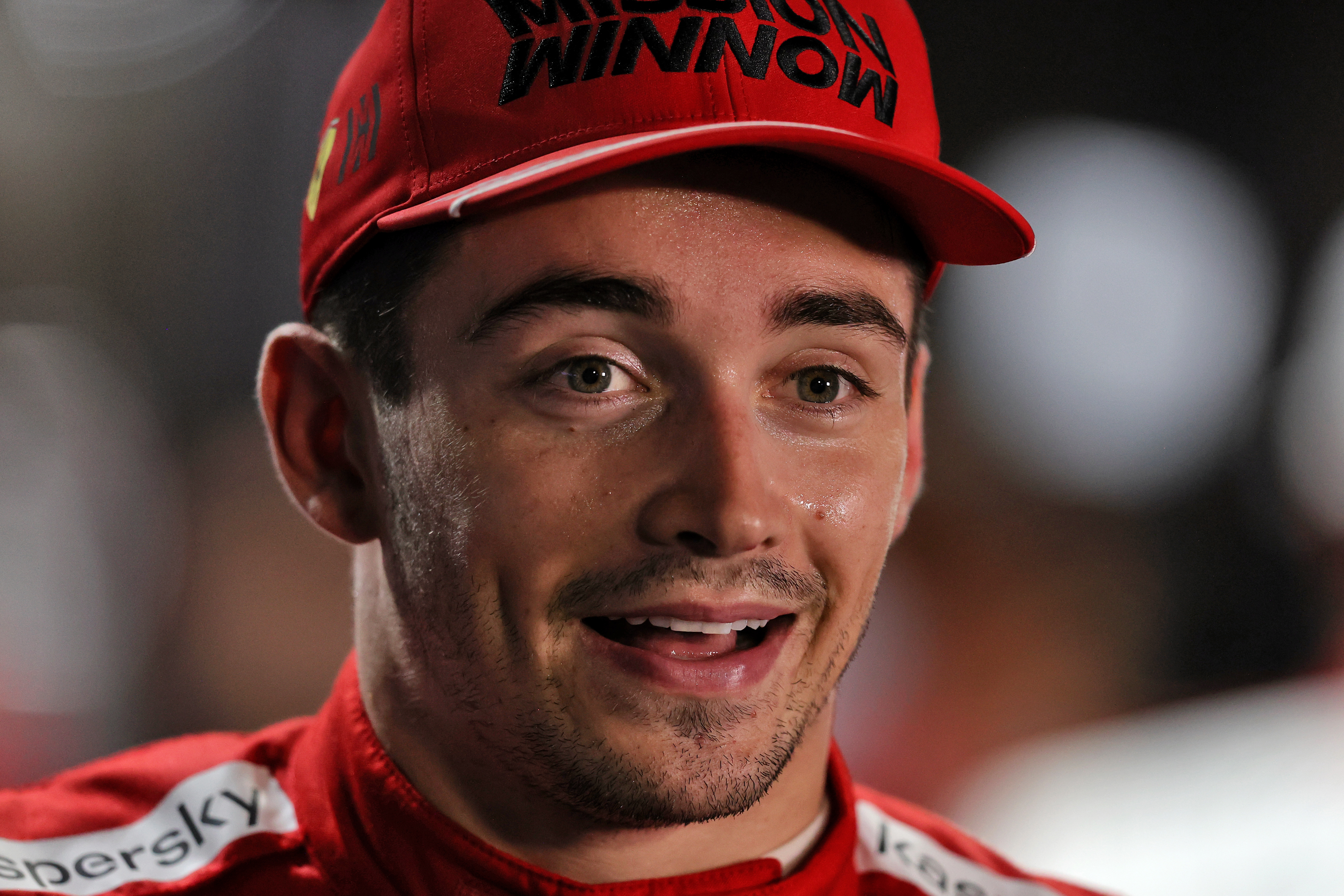 Leclerc has proved throughout his F1 career that he’s seriously fast, capable of producing brilliant laps dancing on the edge of what’s possible, and also producing outstanding race drives. He’s also shown conclusively that he can win under pressure as well as thrive when in the cut and thrust of the pack.

What he hasn’t yet proved is how he would respond to a title fight. Although he’s won championships in karting, as well as at GP3 and F2 level, F1 is a new level of challenge and there are two big questions that Leclerc has to answer.

Firstly, does he have the right mentality to stand up to a championship battle? Most likely, he will – but until he’s in that position in F1 we can’t answer that in the affirmative with certainty. The same was true of Verstappen 12 months ago, but he answered that question definitively in 2021. 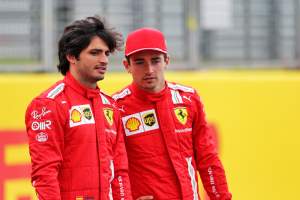 Secondly, there’s the question of Leclerc’s consistency both in terms of always ensuring he gets the best out of the car and avoiding mistakes. While he did cut back on the errors in 2021 compared to the previous season when he often threw caution to the wind in a mediocre car, there were still times things went wrong.

He also needs to ensure he gets the best out of the car in terms of tyre management and technically. He has driven some magnificent tyre management races, but also occasionally things have got away from him – for example in France last year where he struggled more than team-mate Sainz. And while his feedback is good, sometimes he’s so effective at adapting to problems that he does miss things.

But Sainz’s excellence alongside him has forced Leclerc to work on these areas and even with those small question marks he has been one of F1’s leading performers in recent years – a fixture in the top four of The Race’s driver rankings. If the car is under him, he will rise to the championship challenge.