Is Bottas’s title bid over? Our verdict

Valtteri Bottas was the first driver to run into the tyre problem that created a chaotic end to the British Grand Prix at Silverstone, ultimately falling right down the order and coming home in 11th place – while his Mercedes team-mate Lewis Hamilton crawled to a seventh home grand prix victory.

In a season where Hamilton’s only true competition can be his team-mate, and with an as yet unknown number of races still to come, every result counts – so has this first trip to Silverstone already shattered Bottas’s chances at the 2020 crown? 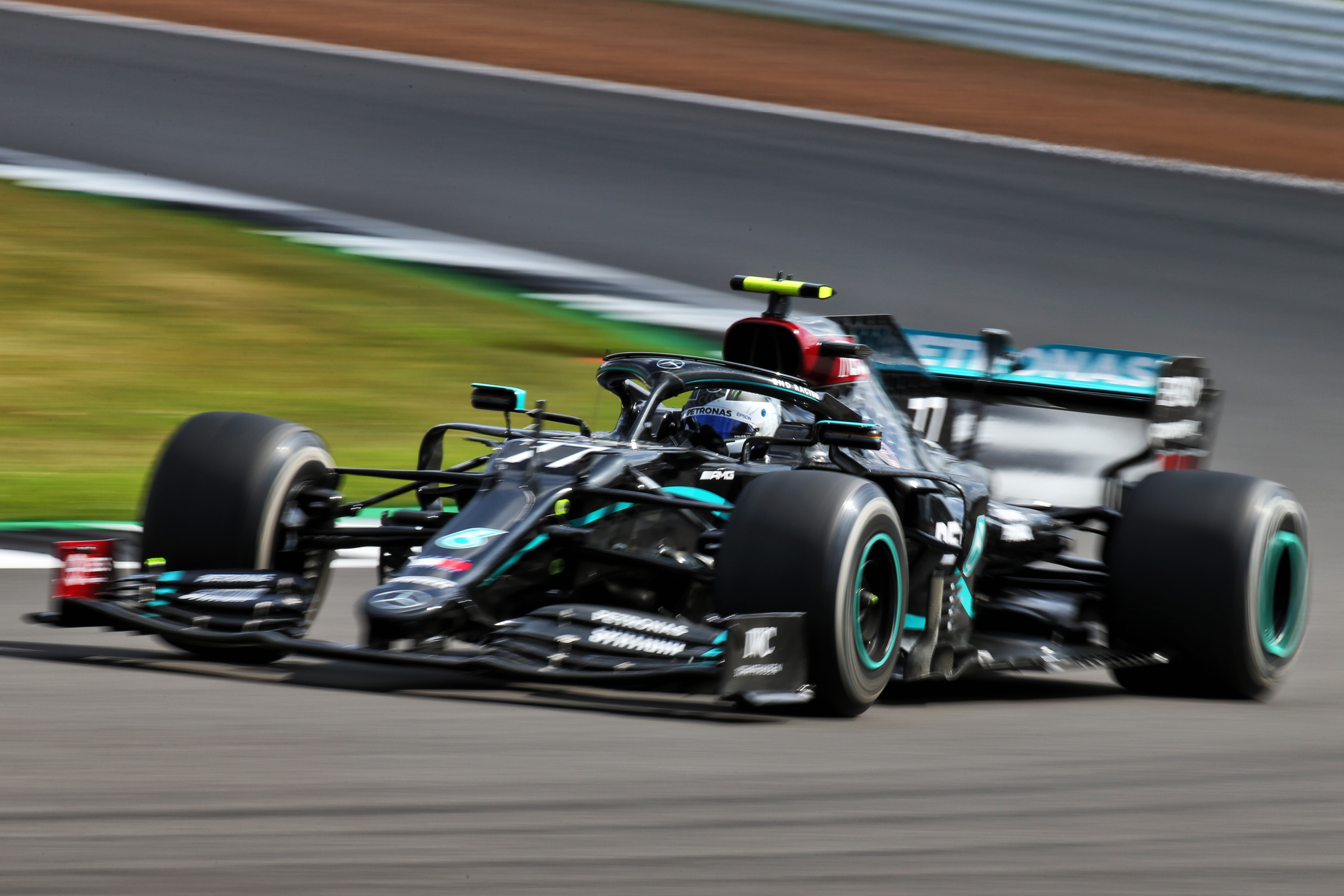 It’s not over ’til it’s over

While this is certainly a big blow for Bottas’s chances, it doesn’t really change anything for him. All he can do is keep plugging away, try to get as close to Hamilton every weekend and pick up the wins when he can and see how it pans out.

The 25 points lost today will hurt, but he just has to keep in mind that Hamilton could easily suffer a failure and the points could swing back in his favour. His job is to be ready to capitalise on that, just as Nico Rosberg did back in 2016.

If anything, the big blow this weekend isn’t the huge points loss – painful as that is – but the fact it’s another weekend of frustrations. He seemed to be ahead of Hamilton until Q3, then after he was slower on the first runs he dug deep and matched his team-mate’s time to the thousandth. Hamilton, of course, then took pole position three-tenths further away from him!

Bottas can weather reliability problems and the pendulum might well swing back in his favour when it comes to the 25 points lost today. What is far more difficult is that he’s up against an all-time great who can dig extra-deep every time Bottas puts him under pressure. 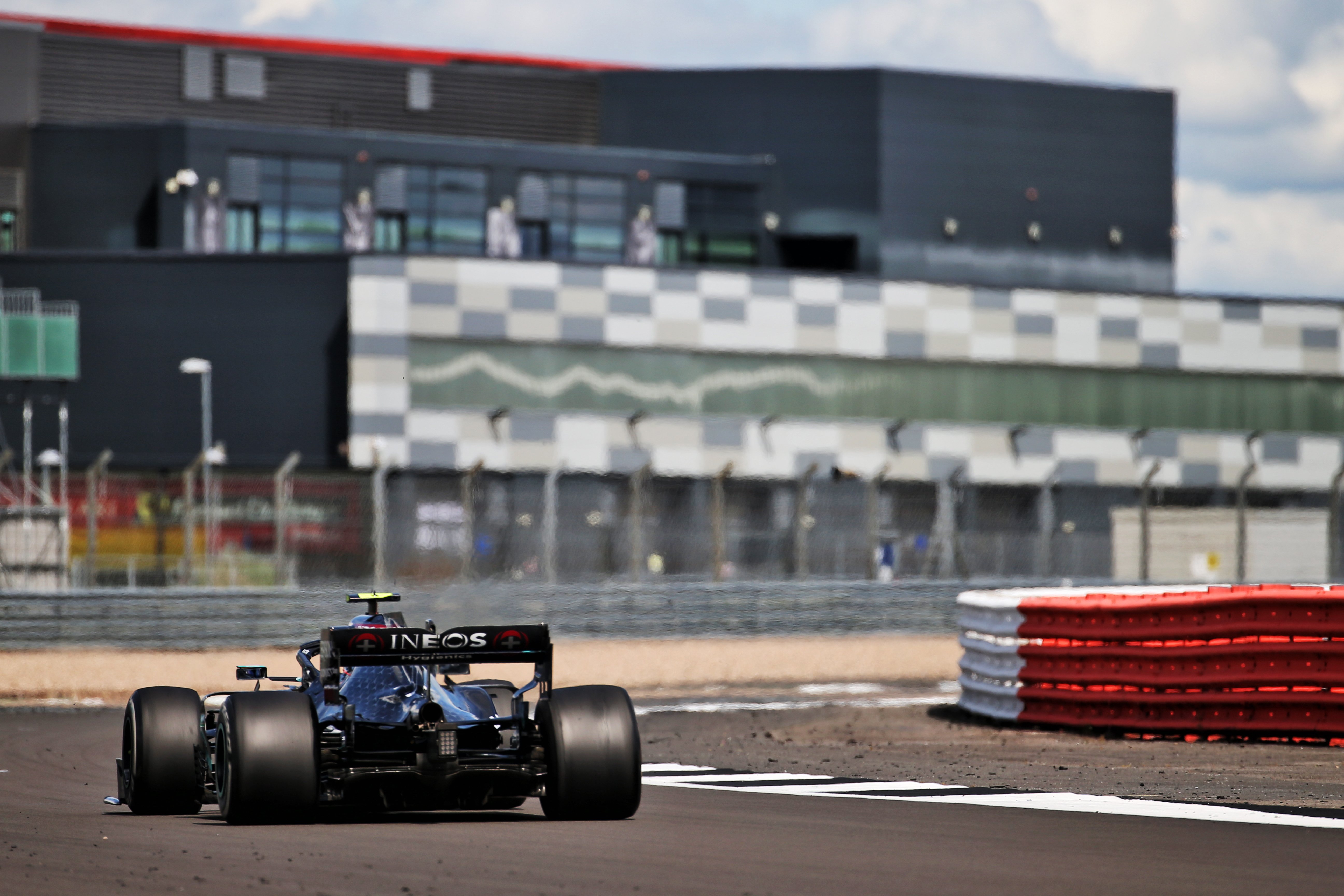 Not looking good for Bottas

Mathematically, of course not. Realistically? Hamilton doesn’t tend to relinquish this sort of advantage.

Bottas put together a really solid weekend, only undone in qualifying by a combination of his car balance moving away from him and Hamilton unleashing a very good effort when it mattered.

In the race Bottas shadowed his team-mate but a dull and straightforward affair always made a challenge unlikely. Still, it was serving as further evidence that Bottas isn’t being steamrollered.

Except now he is, staring at a 30-point deficit in the shortest F1 season for many years. Hamilton can afford a non-score like Bottas and still be ahead.

We’ve seen today that dramatic things can happen, so of course Hamilton’s not home and dry. But with Mercedes enjoying such a huge advantage and therefore an eight-point gain (including fastest lappery) the best Bottas can hope for barring outside assistance, the chances of a comeback aren’t exactly great.

No, it’s just such random events like those of today that show what can happen. Next time it could be to Hamilton and there are at least 11 races left.

But of course, it does mean there is no point in Bottas adopting a calculating approach in the coming races. He will feel free to be much more aggressive not just on track but in terms of strategies and trying his own way on car tweaks etc. Lewis, by contrast, can just let it all flow.

Ironically, it may have been Bottas’ uncompromising pressure on Hamilton that ultimately did for his tyre going first. That one lap made all the difference. 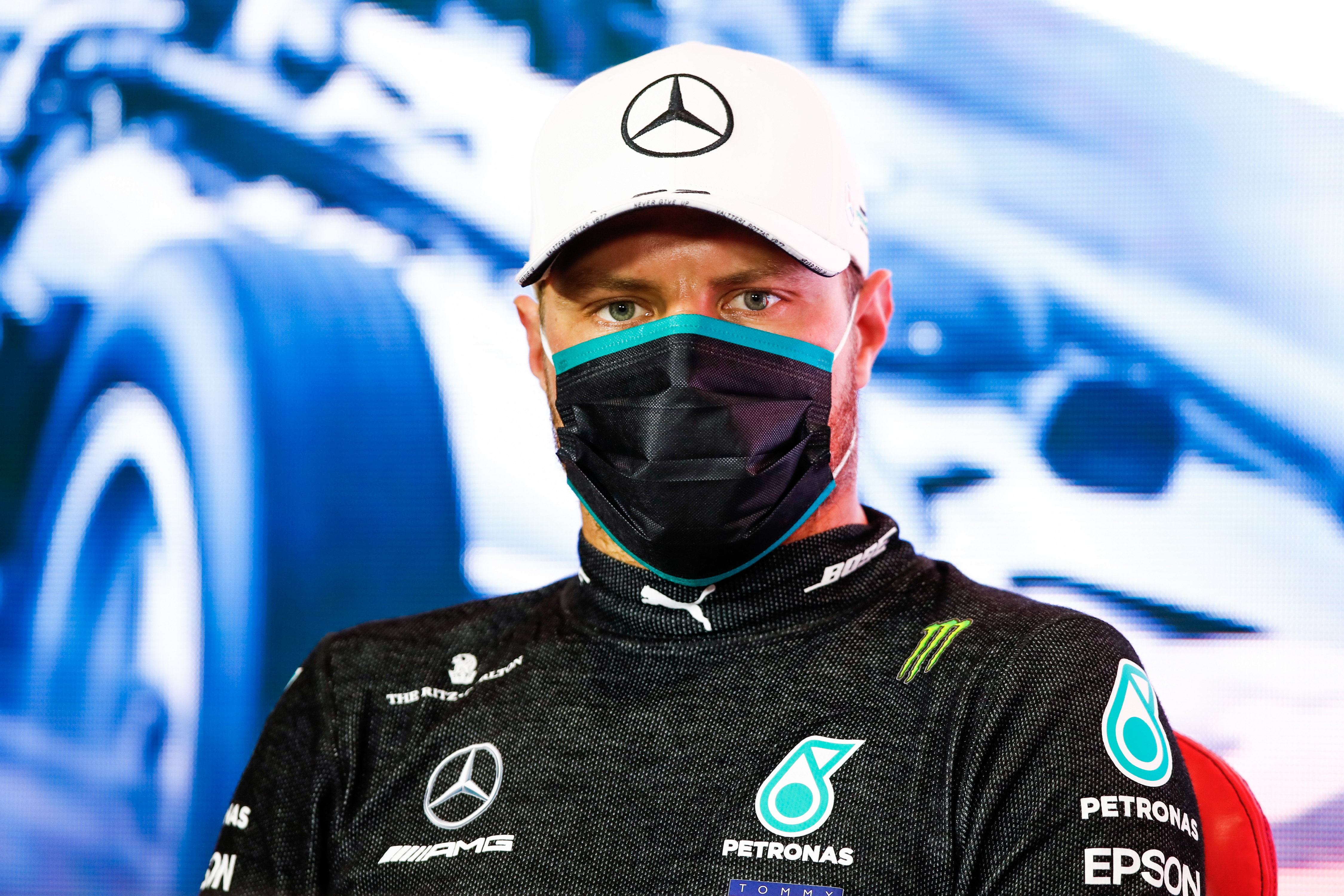 As far as fighting for a championship is concerned now only Hamilton can beat himself – all the others are effectively out of it.

Bottas started the first race of the season strongly but then he faded away and I think you can see with his body language since then that he is a bit down and out. He will be asking himself why Hamilton gets all the luck, why didn’t his tyre last just that two laps longer… There is no answer to these questions and I don’t think he has an answer to Hamilton’s pure speed in either qualifying or the race.

He needs to knuckle down and do the best he can and in the end protect that second place in the championship. 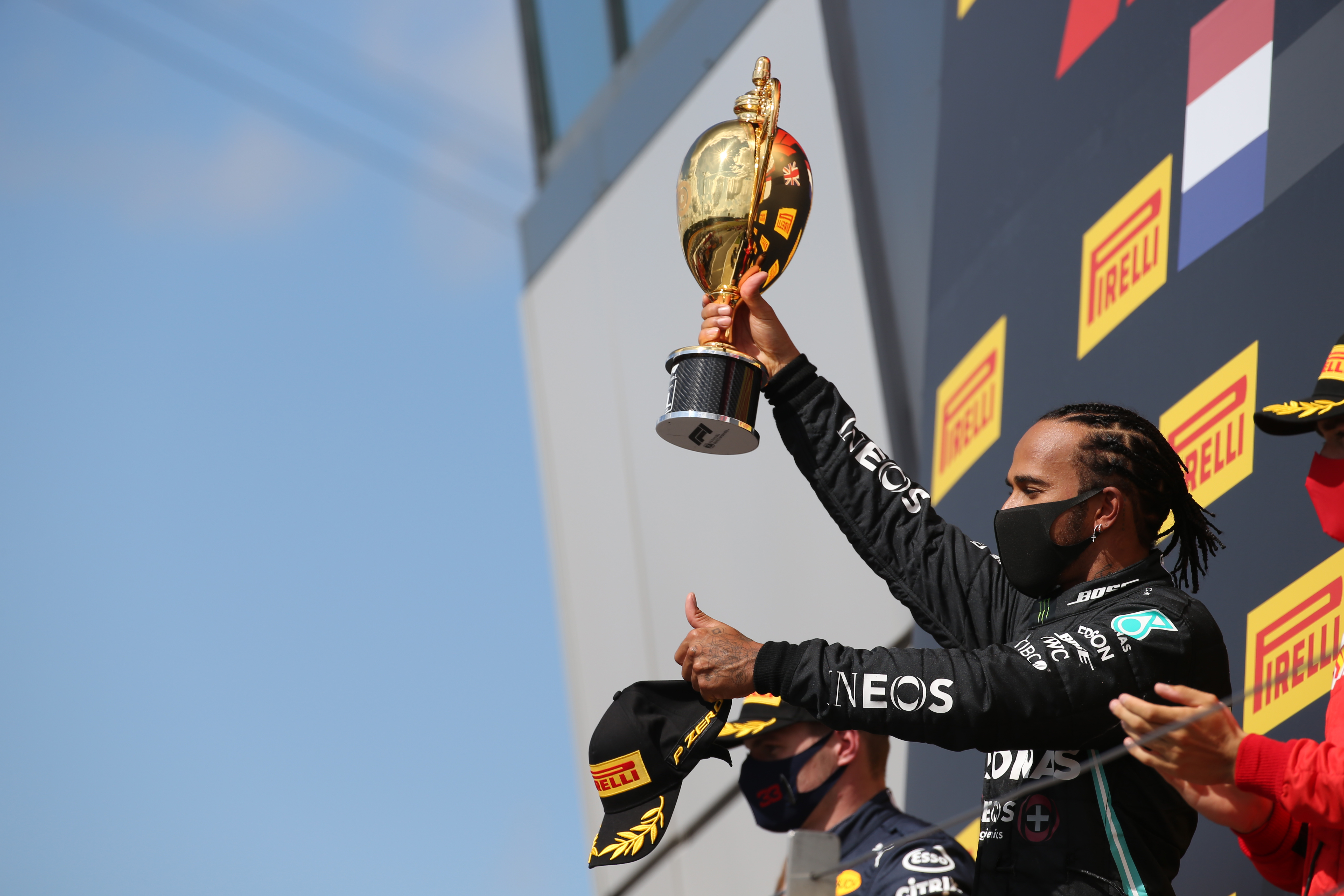 ‘Hamilton has just got himself to too high a level’

As much as I would absolutely love to see Bottas making this a down-to-the-final-lap title fight, both for the season-long entertainment fans deserve and because Bottas is a driver I’ve always been keen to see succeed, his championship hopes were a very long shot as soon as Hamilton got into his stride with that Styrian Grand Prix pole lap three weeks ago.

Hamilton has just got himself to too high a level. The only way to overcome him in a championship fight in the same car is the Nico Rosberg method of getting him on the ropes early on then playing a canny game to the end. Overcoming a large points deficit when Hamilton’s already got the momentum of three straight wins? No chance. (Sadly.)

Looking at it a slightly different way: Bottas’s title hopes were looking minimal on lap 49 simply because Hamilton was defeating him again, but had fortune been flipped and Bottas been the one who scraped to the win on three wheels while Hamilton scored zero, then those title hopes would’ve suddenly looked quite realistic. A morale-boosting win and a 20-point lead would’ve been quite a ‘Rosbergy’ situation for Bottas to find himself in. Instead, he’s now emphatically in a traditional Bottas situation – and that’s not a title-winning one. 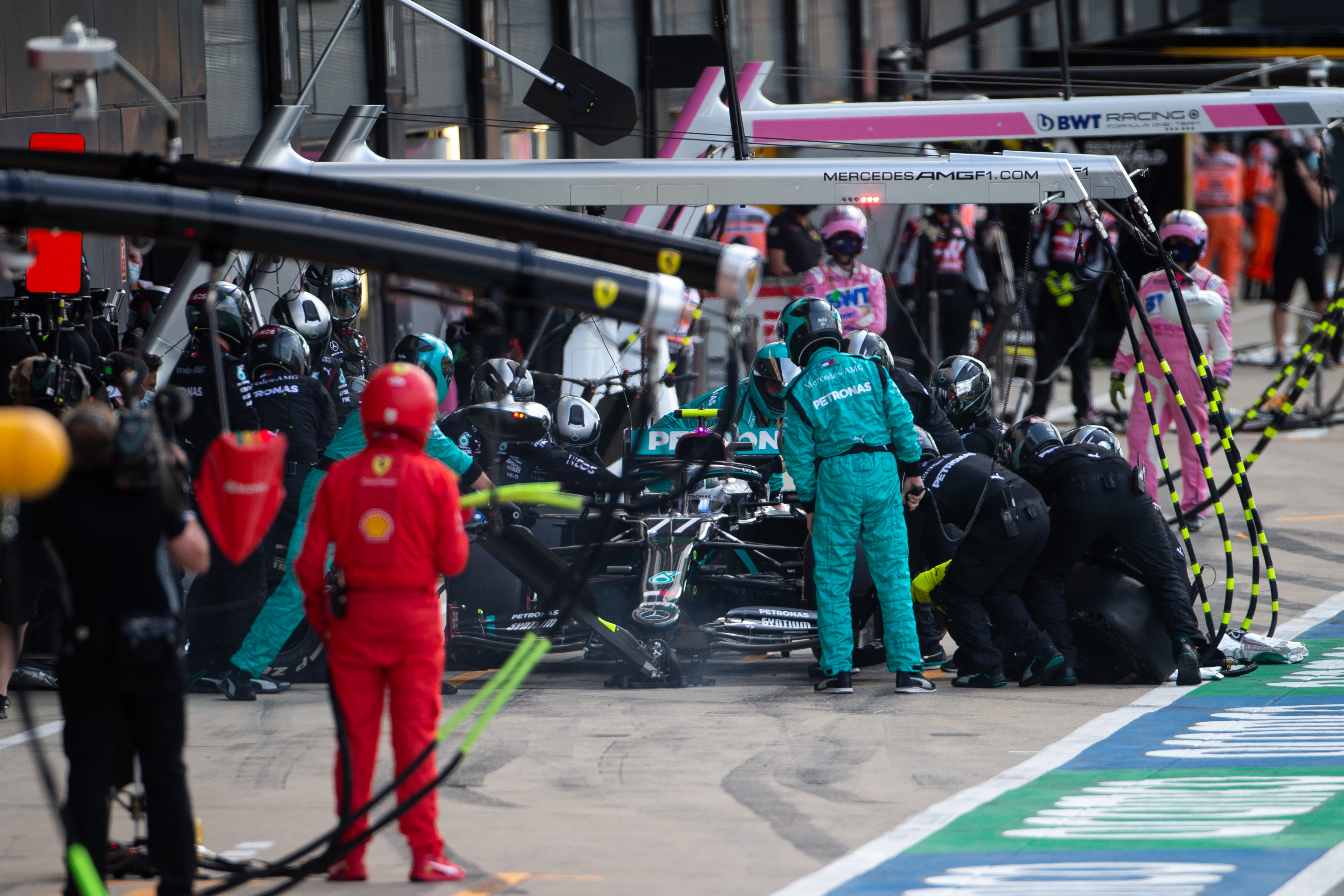