How Ferrari recovered from its bruising 40-year F1 low

How long is the road to Ferrari being a world title contender? We cannot know but 2021 was a very positive step from the disaster of 2020.

Third place in the constructors’ championship, a halving of the performance deficit to the front, five podiums and two pole positions formed a respectable season for the Scuderia in the second year of its recovery.

But as team boss Mattia Binotto acknowledges, much more is expected from one of the giants of the sport.

There was a lot of scope for recovery in 2021, given how mediocre the 2020 car had been, with its serious power shortfall and compromised aerodynamics.

The SF21, with the regulation limitation of having to retain the same chassis, was a very effective update. A redesign of the combustion chambers halved the previous power deficit, even against Mercedes and Honda power units, which were also improved. That still left it fourth of four suppliers, just behind Renault. But by the team’s estimation only around 0.35s of the 0.6s qualifying average deficit to the front was down to the engine package. 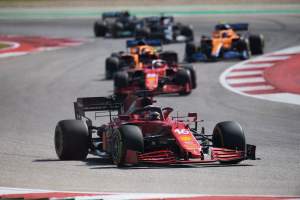 An upgrade of the hybrid system from Sochi and Istanbul (for Charles Leclerc and Carlos Sainz respectively) gave only a small increase in peak power but allowed what there was to be used for longer periods, making the cars much less vulnerable to be overtaken in the races.

The limitation of 2020’s chassis was at both ends – with the unfashionable wide nose front and a shortfall in rear downforce too. The token system meant only one of these could be changed and Ferrari chose the rear end, with a Mercedes-aping sweeping back of the rear suspension to create more airflow volume around the diffuser. This required a new gearbox casing and that’s where the token spend went.

The new gearbox casing also allowed the differential to be moved higher, creating yet more airflow space in that highly aerodynamically-rewarding area, albeit at the expense of a higher centre of gravity. 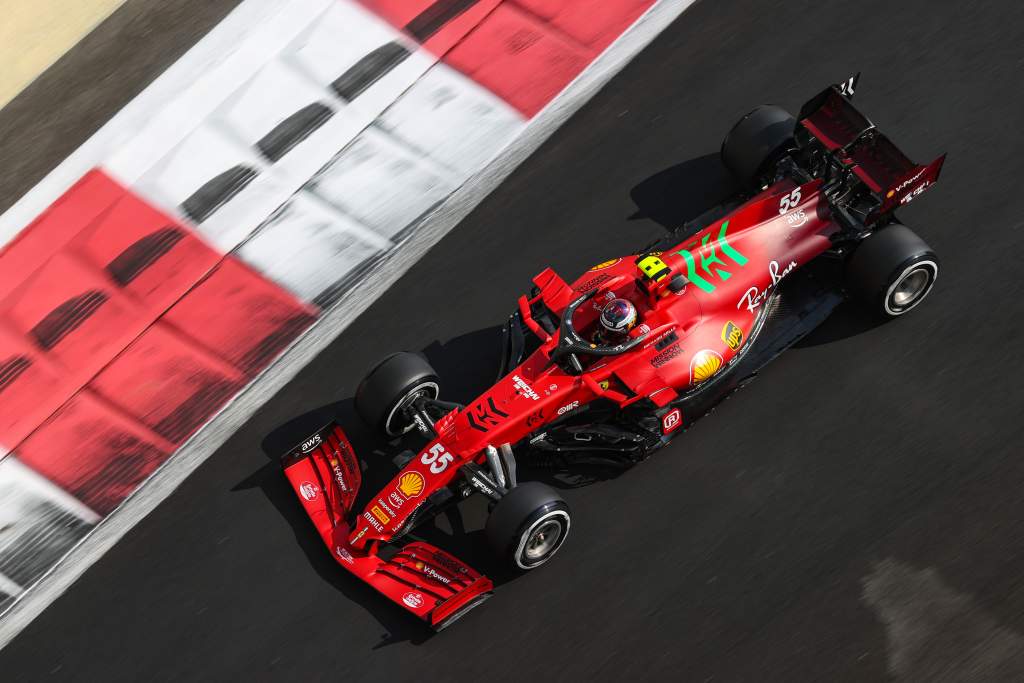 Like Red Bull, the reversing of the lower wishbone to angle backwards was achieved by re-purposing existing suspension mounts on the chassis. Like Alpine but less so, Ferrari put more radiator area up high within the engine cover and less in the sidepods, enabling a tighter airflow-enhancing coke bottle.

It was a much more effective car than its predecessor aerodynamically and was particularly good in slow corners, achieving very effective early rotation without upsetting the rear end. This played a big part in the consecutive pole positions scored by Leclerc in Monaco and Baku. 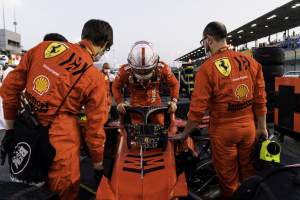 It tended to lose out to its closest rival McLaren in the high-speed sections. The last significant upgrades went on the car at Silverstone as facilities were switched to the 2022 car.

Racing director Laurent Mekies feels that the limitation of the areas which could be developed allowed the team time to focus on other aspects, to a very productive effect: “The big push for us has been our tools, our correlation capabilities, methodologies, simulations because these things were not limited by the regulations. This is where part of the performance came from.”

Simulation from the factory to track was much better this year – and it needed to be. A lot of effort had been made in understanding this 2020 weakness. In that regard, an all-new state of the art simulator was being used but only as a ‘shadow’ to the existing one, allowing the fine-tuning of correlation necessary to get these powerful tools working properly. It was a major investment and needed to be made before the cost caps came into full force. 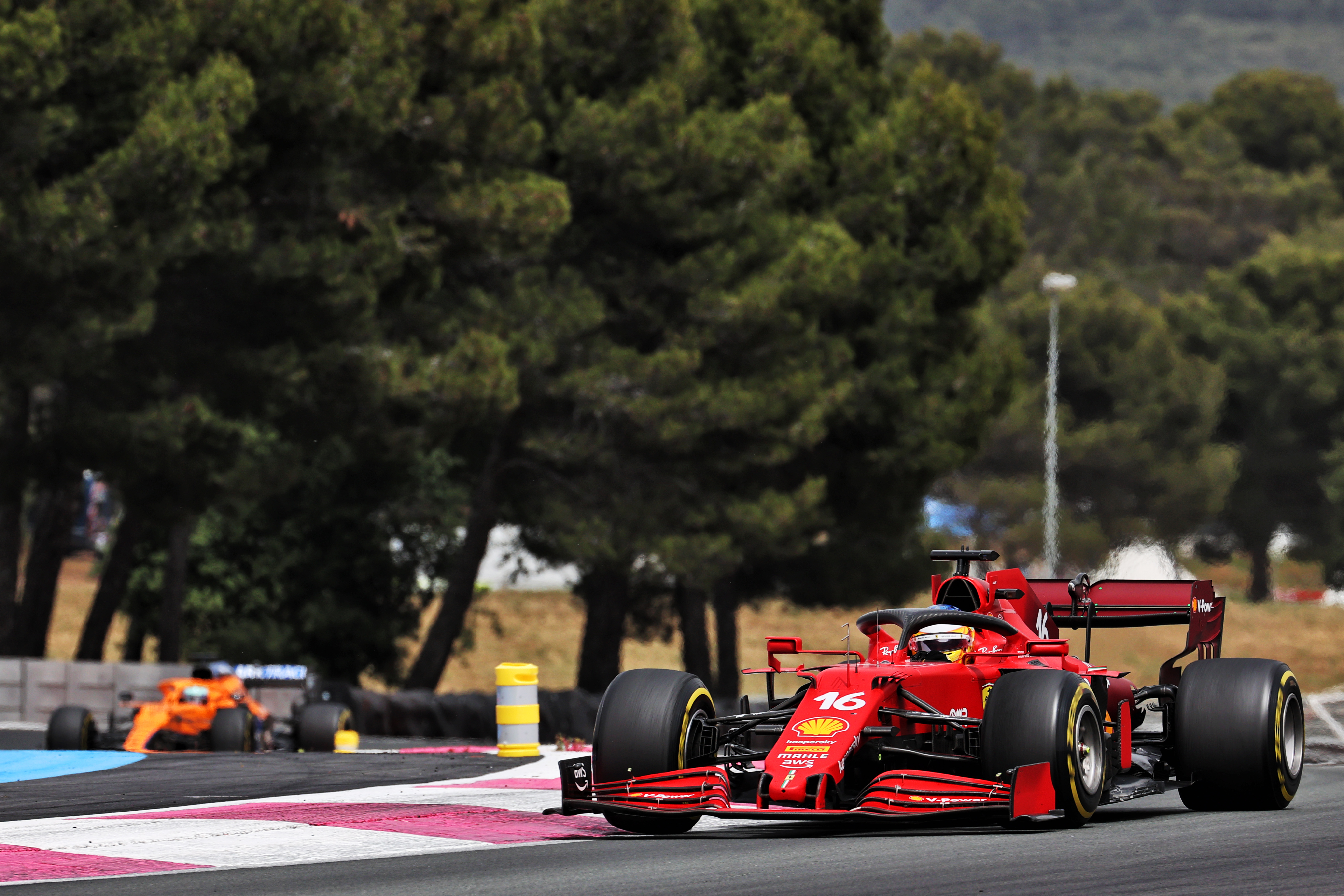 A significant weakness of the car was fully exposed for the first time in the French Grand Prix – that of excessive front tyre wear. Both drivers faded dramatically out of the points after qualifying quite respectably. It initiated a big internal investigation into the problem.

“We very much intensified our efforts to get to the bottom of it,” says Mekies, “at least to be able to model it and anticipate it better. It’s not a five-minute job and it goes into the loop of simulation/simulators/correlations. We are in a better position now but still not happy.”

Ricard remained the only weekend where that trait seriously compromised the race performances.

Dividing the season into thirds and looking at the average qualifying performances in each, gives performance deficit figures of 100.6%, 101.1% and 100.9%,  telling the story of the big development gains made at the front by Red Bull and Mercedes into the second third – and how Ferrari clawed some of that back with its power unit upgrade in the last third.

Binotto puts the season in the context of the improvement he is targeting for 2022.

“What will be important for us next year is to keep on growing,” he added. “And it is to further reduce the gap to the competitors. The new regulations are a clear opportunity. The hope is to be competitive – which is to be in the position of winning races. Would that mean that we can fight for a championship? If I look today, the gap is still big. But as Ferrari, it’s part of our DNA. 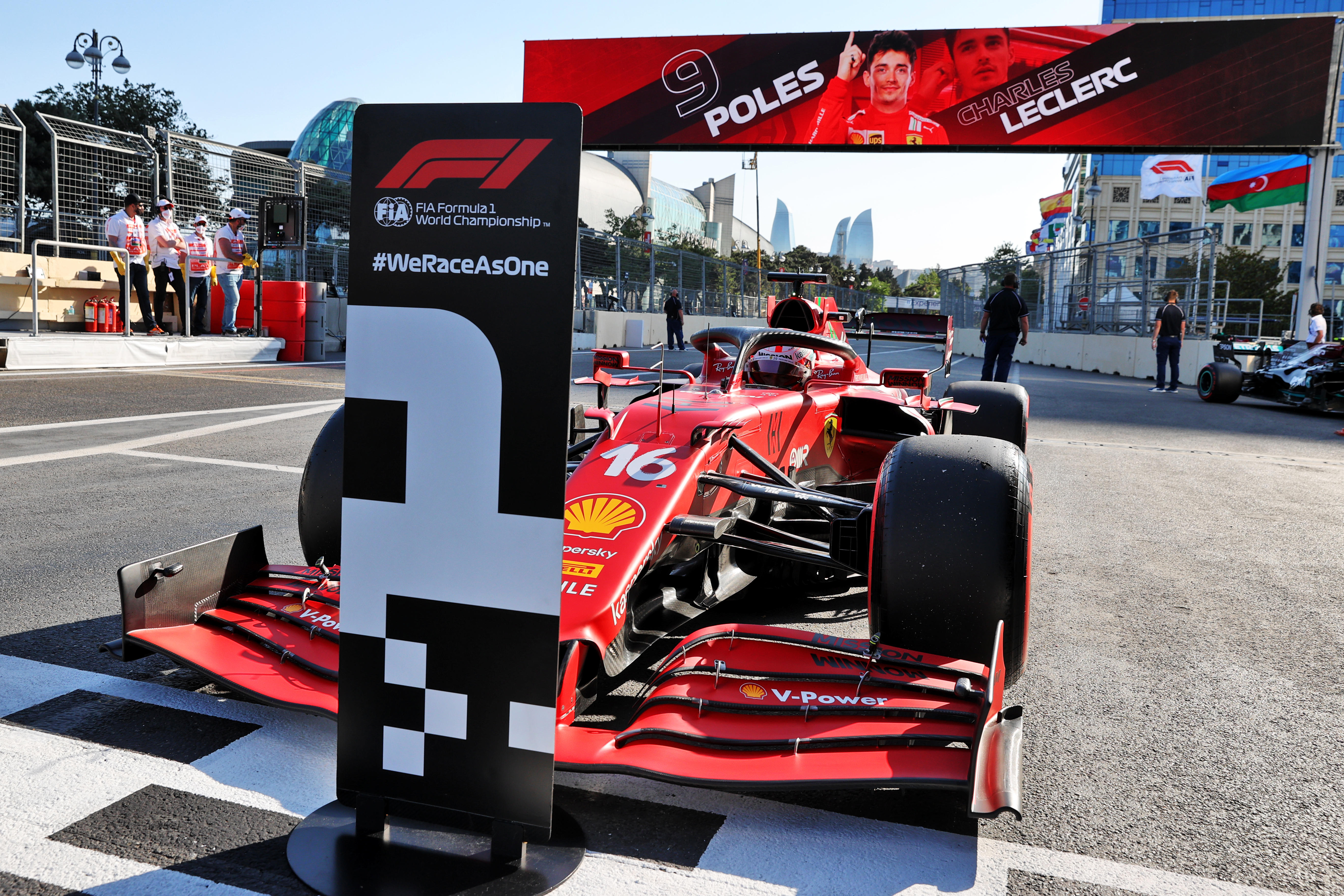 “What is important is to be capable of fighting at least in some races for pole and for the win. That is the simple consequence of continuous growing and improvement. I would be disappointed if we have not improved.

“At the start of next year, maybe at the start of the season, there will be a difference in competitiveness between the cars because of the way each team may have interpreted the rules and solutions you may bring. What is important is as Ferrari, we are capable of understanding weaknesses and addressing them very quickly. Team reaction will be key.”