How F1 teams’ tech can help the coronavirus fight

We are in the middle of some very difficult times with everyone affected in one way or another. Coronavirus first reared its ugly head to the world in mid-December, but I don’t think anyone ever thought it would go global in under three months.

But it has. Now, it’s all hands to the pumps, and that can include the Formula 1 teams.

They are now in limbo and no one has a clue when it all might kick off again. The slope of recorded infection rate is still climbing and when and if it turns around there will still be a reasonable period of uncertainty before things get back to some form of normality. Anyone who thinks we could be racing in the Netherlands or Monaco in May is living in dreamland.

These teams are made up of departments and individuals covering many different disciplines, from design right through to manufacturing.

With timescales that are basically second to none so and with the demand for respirators worldwide, it makes sense to repeat what happened during World War Two and get these teams to work for the good of everyone and commit their resources to what is effectively another kind of war. The main difference is that the enemy is invisible.

Design engineers get their stimulus from design challenges. Anything is just a component that needs to be optimised, and the design for the current respirators is well documented.

It would be easy to copy, but with the crisis we have perhaps it’s time to do some lateral thinking? Current machines are one machine/one patient so perhaps the time has come for one machine to 10 patients or even 100. Why not?

Obviously, this would have to be done complying to the rigorous standards required and that could be done in liaison with the relevant bodies.

But F1 is used to doing things stunningly quickly compared to other parts of industry and that fast design and production capability should be taken advantage of.

Between them, the teams have hundreds of rapid prototyping machines to make various windtunnel and car parts. So commandeer them to make ventilator face masks and/or anything else that needs a quick turnaround.

Although F1 can’t mass produce, it can undertake design, development and test work far more quickly than other industries and there’s no doubt that the teams’ capacities can be put to good use here.

Use a laptop for the control and monitoring system and I’m pretty sure it would take no more than a couple of hours to find a control valve that could be used for the supply monitoring. 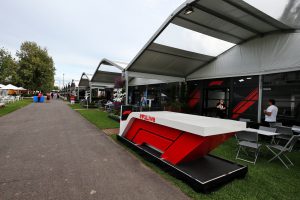 I know I am making this all sound simple, but F1 owner Liberty Media the FIA and the 10 teams – seven of which are based in the UK, two in Italy and one in Switzerland – have the capacity to make their mark on this worldwide crisis.

And while there is a desire to get the ‘summer’ shutdown out of the way now in the hope a condensed schedule of races can take place later in the year, if F1 teams can help with this real world problem then they must.

I have already written a couple of emails on this topic on Monday to our Buckinghamshire MP, Greg Smith, and to Matt Hancock, the health minister and received less than impressive replies. I know it’s only a couple of days ago, but those couple of days are critical. Talk is cheap but the time for talking is over now it should be about action.

The Agnelli family that owns Ferrari has donated €10million to Italy’s attempts to fight the virus, as well as purchasing 150 ventilators and other medical equipment, and provided the Italian Red Cross and ANPAS (the Italian National Association for Public Assistance) with vehicles to distribute food and medicine. The Race is aware that other F1 teams have plans in progress for how they can assist too, and F1 itself confirmed as much in a statement to the BBC.

So hopefully the wheels are already turning.

If not the wheels of motorsport might never rotate again.