Hamilton had shrugged off a big spin in the second qualifying segment, when he lost the rear of his W11 going through Luffield and kicked up a cloud of dust with his rear tyres.

But the spin, which caused a red-flag stoppage for clean-up due to leaving gravel on the track surface, had little in the way of consequences for the F1 championship leader, who was back onto the circuit immediately as the session resumed and comfortably progressed into Q3 on a fresh set of mediums. He will therefore start the British GP on the yellow-walled tyre, as will Bottas.

The Q1 and Q2 pacesetter, Bottas was nearly two tenths up on Hamilton in the first sector on his first attempt in the pole shootout, yet surrendered his advantage over the rest of the lap, ending up a tenth and a half behind Hamilton’s 1m24.616s.

He improved to match that time on his second attempt, but Hamilton himself fired in a 1m24.303s to establish a margin of three tenths over the Finn. 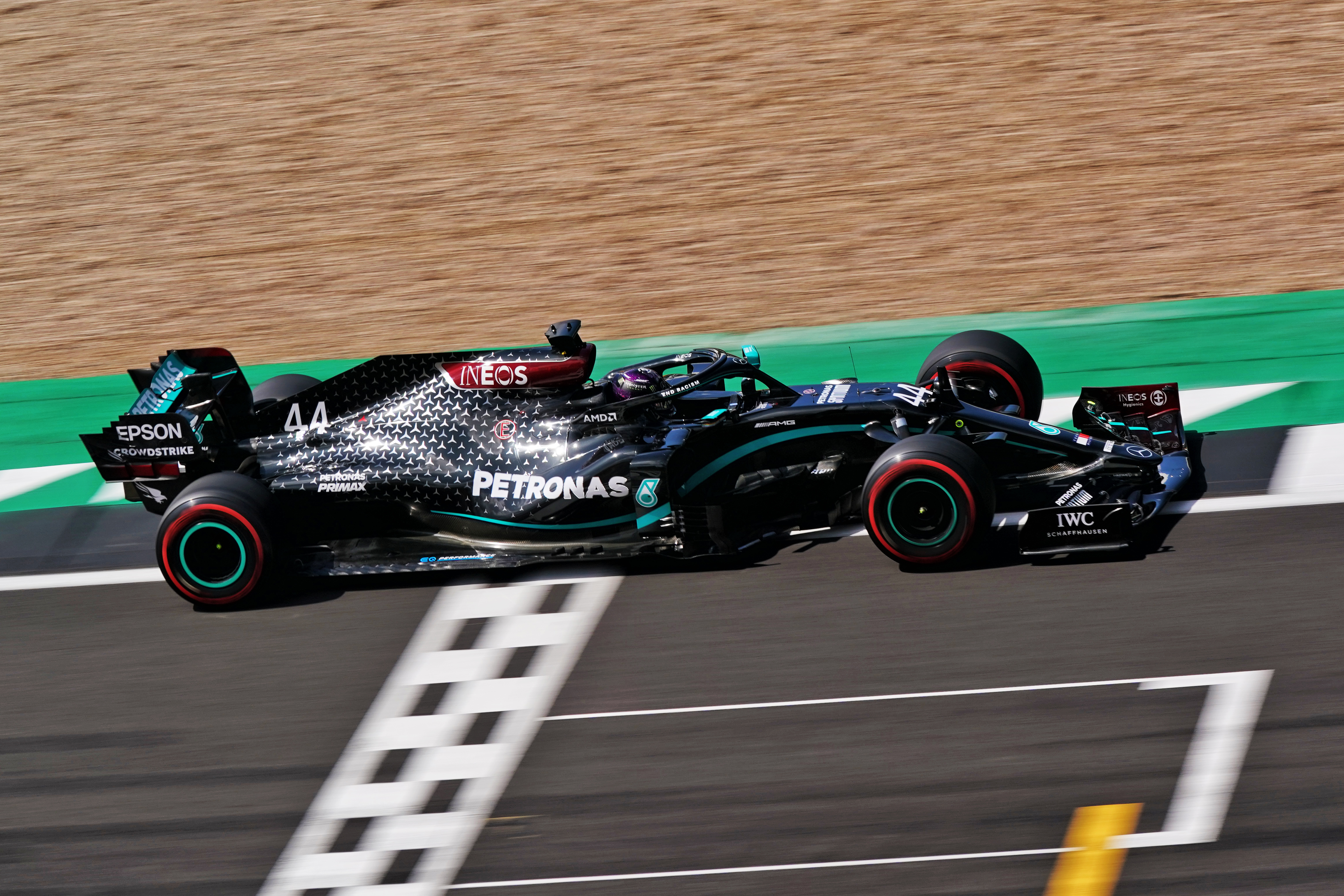 Red Bull driver Max Verstappen and Ferrari’s Charles Leclerc will make up the second row behind the Mercedes pair, but both were over a second off Hamilton’s pace.

The two McLarens of Lando Norris and Carlos Sainz Jr placed fifth and seventh, split by the Racing Point of Lance Stroll.

Stroll, however, will join the two Mercedes cars, as well as Verstappen and Leclerc, in starting on the medium tyre, having narrowly progressed into the final segment on mediums while his team-mate Nico Hulkenberg fell short despite grabbing the softs late on in Q2.

Hulkenberg, due to start 13th, received a late call-up from Racing Point to compete at the British GP in place of team regular Sergio Perez, who tested positive for COVID-19.

Daniel Ricciardo was behind Renault team-mate Esteban Ocon after the opening runs in Q3, but overturned the deficit to lead Ocon in eighth place, with Ferrari’s Sebastian Vettel making up the Q3 order in 10th. 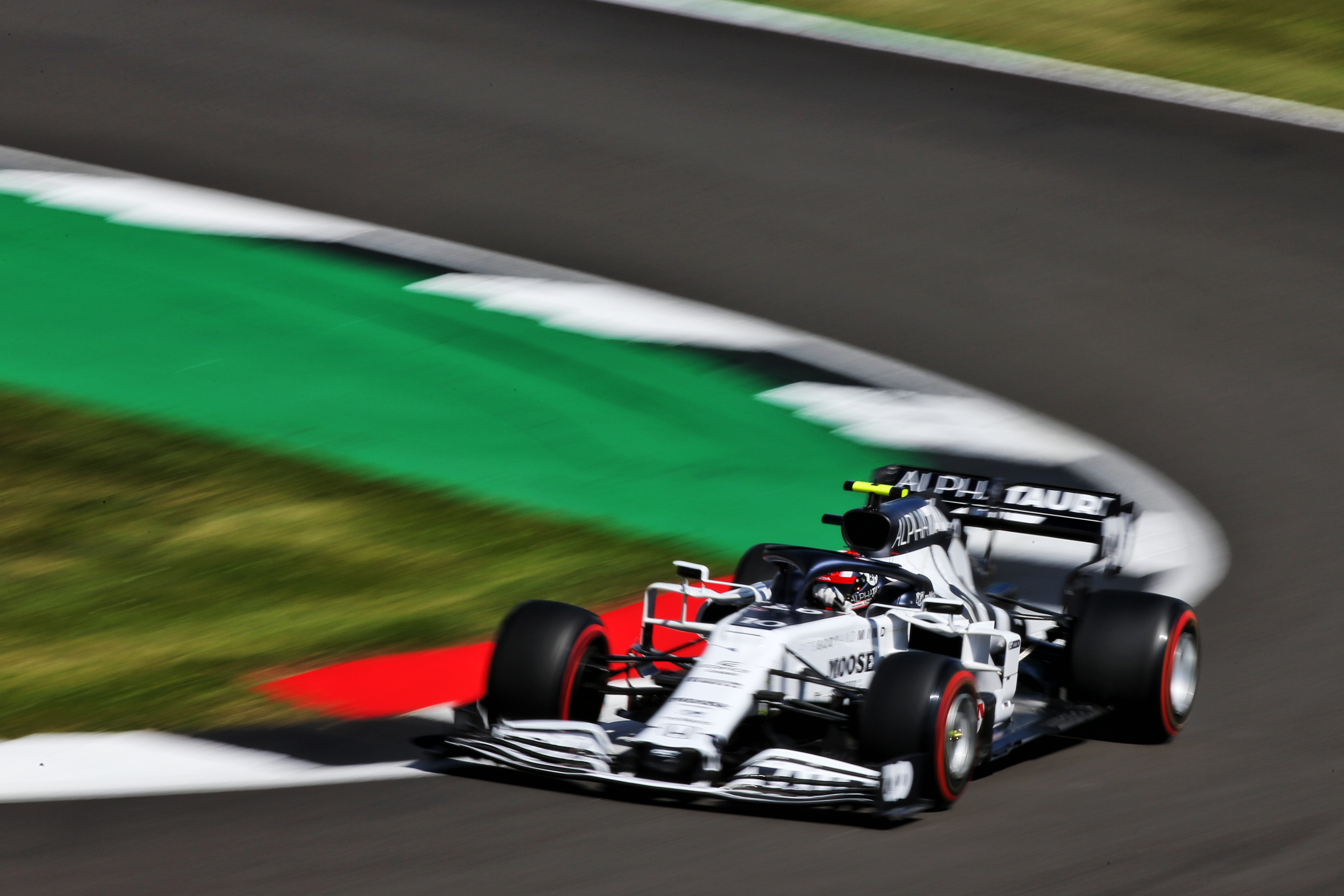 Pierre Gasly maintained a perfect 2020 qualifying record over AlphaTauri team-mate Daniil Kvyat, but was just short of a Q3 berth – setting an identical time to the medium-shod Stroll in Q2 but dropping behind Stroll by virtue of having set his time later.

Red Bull’s Alex Albon, working with a new race engineer in Simon Rennie, missed the pole shootout for the second race running due to a disappointing final Q2 lap on softs that was only good enough for 12th, ahead of Hulkenberg and Kvyat – who also has a five-place grid penalty for a gearbox change.

Williams driver George Russell made his third consecutive Q2 appearance and wound up 15th, but is under investigation over a potential yellow flag infringement – having improved late in Q1 despite team-mate Nicholas Latifi spinning ahead of him at Luffield.

Russell insisted on the radio that he “definitely backed off” and “was well in control”, but will have to see the stewards at 3.30pm local time. 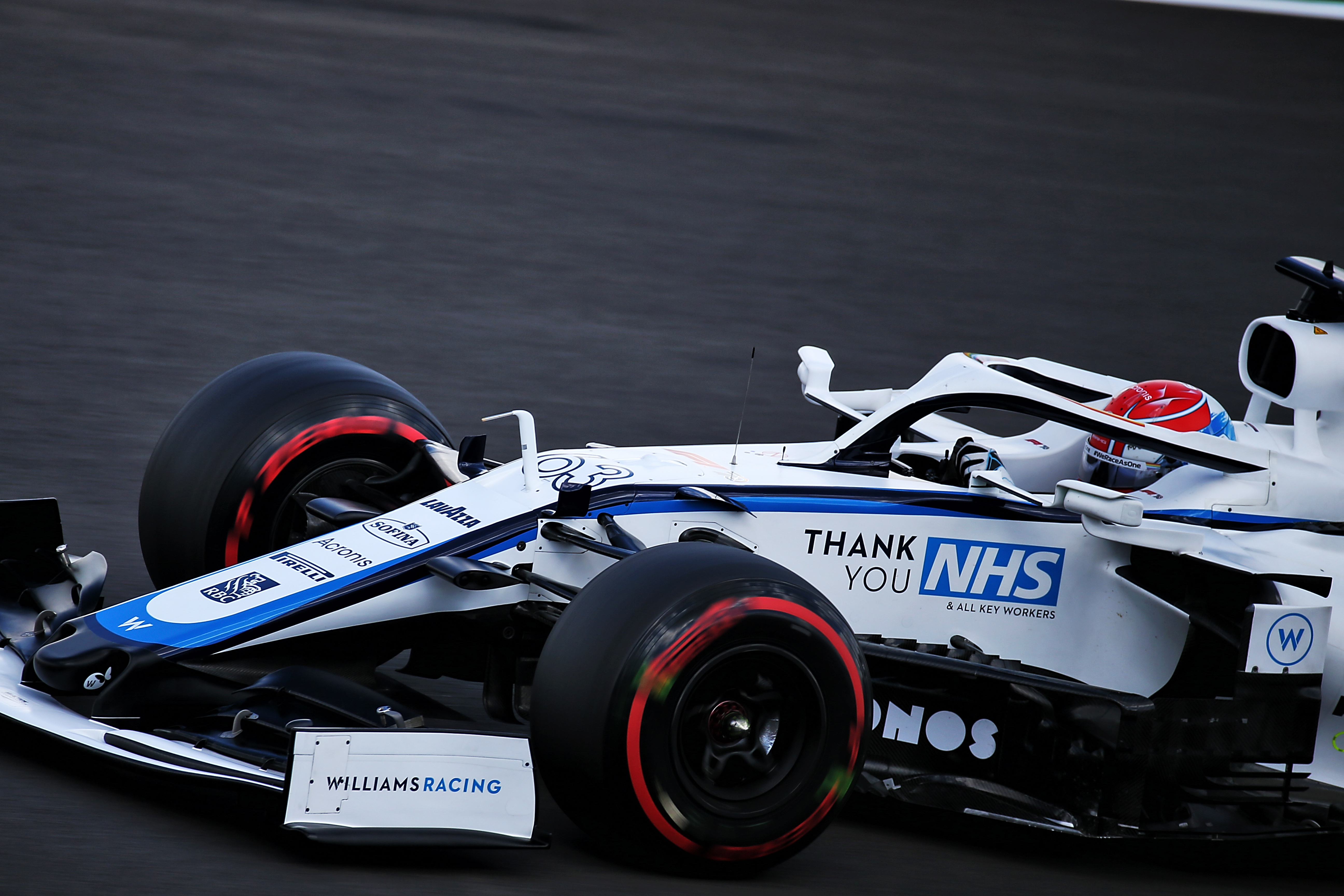 As in Hungary, both Ferrari customer teams were eliminated in full in the opening segment, although the two Alfa Romeos slotted in between the two Haas cars this time. All four will gain a spot from Kvyat’s penalty.

Kevin Magnussen was fastest of those eliminated in 16th, going just 0.006s quicker than Giovinazzi at the last second, shortly after Giovinazzi himself had leapfrogged Alfa team-mate Kimi Raikkonen.

Romain Grosjean in 19th was nearly half a second lower than the fellow Haas of Magnussen, yet still managed to narrowly outpace the spinning Latifi. 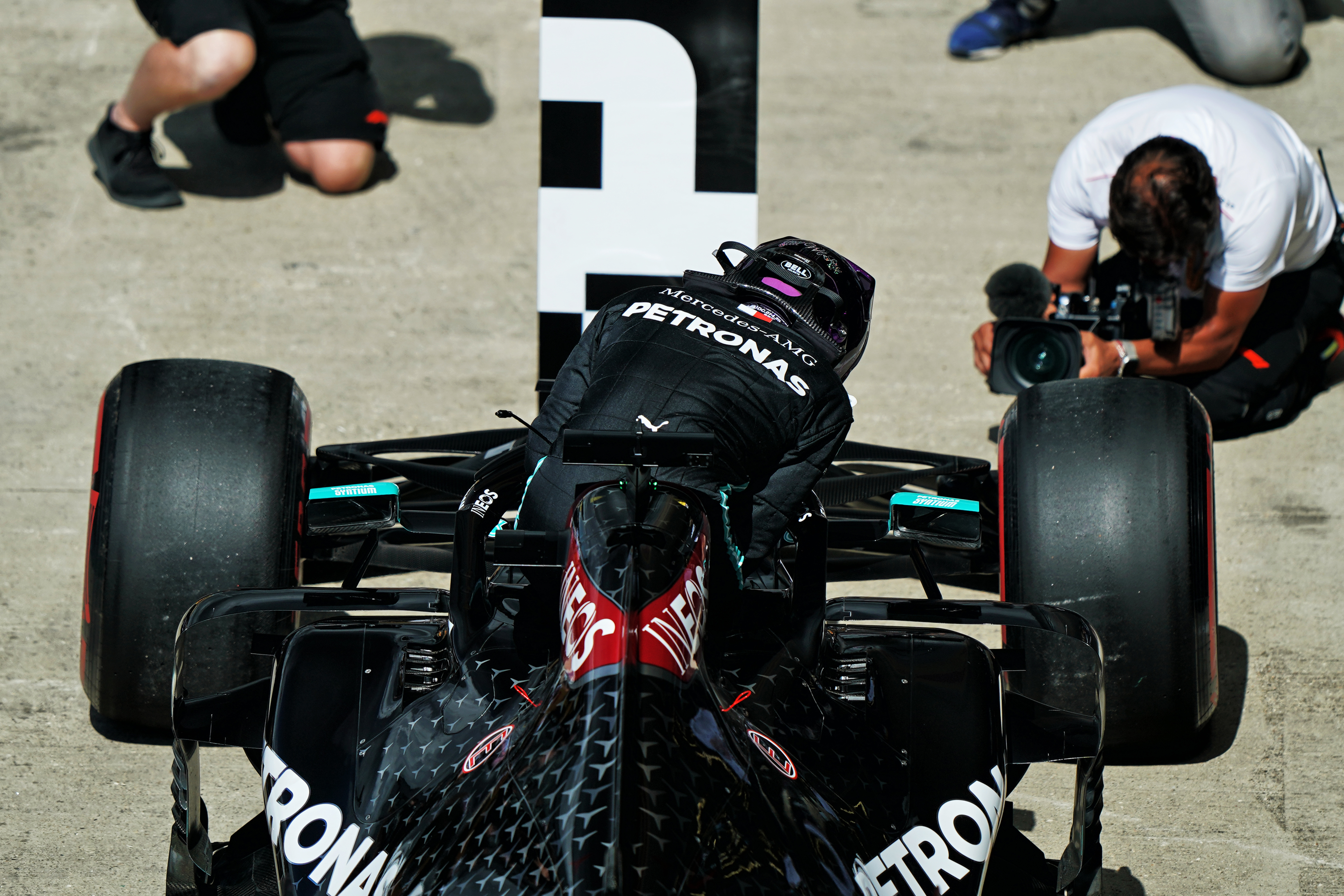