Hamilton: Mercedes relying on 'a lot of errors' from Red Bull - The Race
Skip to content
Formula 1

May 7 2021
By Valentin Khorounzhiy
9 Comments

Lewis Hamilton says his Mercedes team’s Formula 1 championship rival Red Bull has already made “a lot of errors” to start their 2021 title battle.

Red Bull had come out of pre-season testing with a surprise upper hand over the hybrid era’s dominant Mercedes team, and it seemed to be reflected in the outright pace of the two cars over the first three rounds of the season.

But it’s Mercedes that still leads the drivers’ and constructors’ championships, with Hamilton taking two wins to Verstappen’s one, having most notably benefitted from Verstappen falling foul of track limits on both what should’ve been a race-winning overtake in Bahrain and what should’ve been the pole lap at Portimao.

There have been other minor slip-ups from Verstappen, and his new team-mate Sergio Perez has not had the smoothest start to life at Red Bull, but on the flipside Hamilton himself was extremely fortunate to salvage a podium from a trip into the gravel and subsequently the barrier at Imola.

Speaking to Sky ahead of the Spanish Grand Prix weekend, Hamilton said that the current balance of competitiveness between Mercedes and Red Bull was “unknown to us”, before adding: “But in the last race, if he had finished his [qualifying] lap [legally], for example, the lap he got taken away from him, he would’ve been a couple of tenths ahead.

“I think they still have performance on us, they’re just making a lot of mistakes. And we can’t continue to rely on that, in order to get the results we’re getting. So we do have work to do. I think this weekend you’ll see probably a better picture of that.

“It felt like, because of that mistake, it felt like they had come closer to us rather than us closer to them. But there’s a lot of work to do.”

Hamilton has repeatedly insisted he relishes having that perceived gap to close, and did so again on Thursday when asked by The Race about his mindset in coming up against an all-new title challenger.

“That is my preferred scenario – when we’re fighting against another team, another team that are at their best and even ahead, potentially, in certain instances,” he said.

“Of course Max is more experienced now than he has ever been, and clearly incredibly hungry to win more races and to win this championship.

“And game on, it’s what we’re all here to do, to race them, to be fighting for wins, and all the battles that we’ve had just in these first few races have been amazing.” 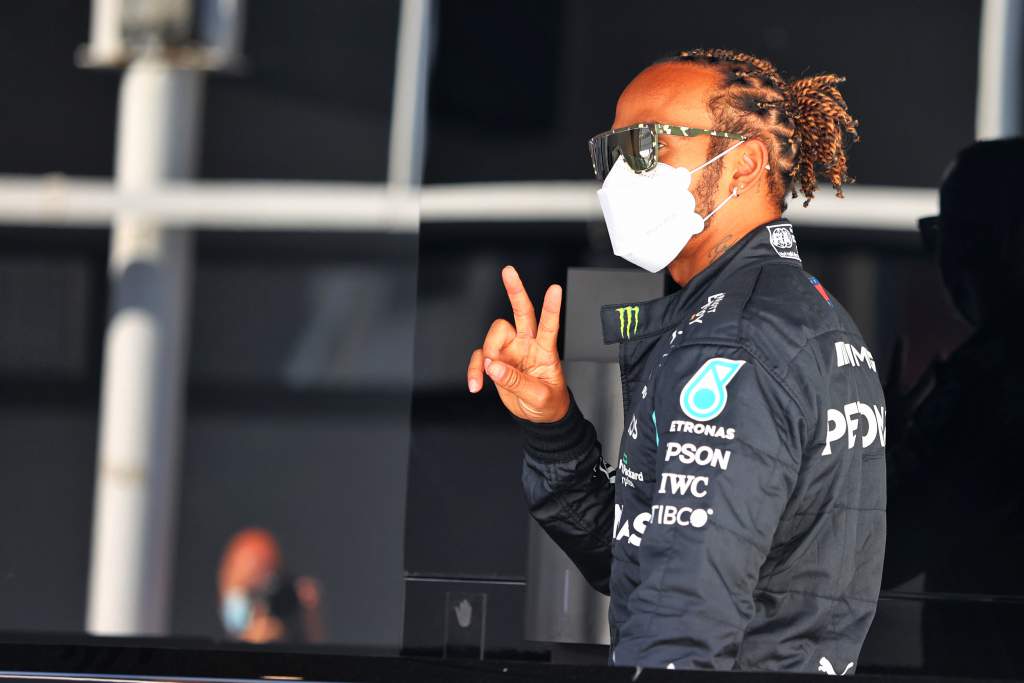 It is true the current championship standings seem to flatter the early-season performance of the W12 a bit, and that creates the feeling – aided by the lingering cloud of Mercedes’ recent F1 dominance – that Red Bull isn’t making the most of its current position.

And that feeling has been stoked by many of the comments by Mercedes boss Toto Wolff, as part of that endless Mercedes/Red Bull game of passing the ‘favourite’ tag back and forth, as well as by every time Hamilton has described a 2021 result as unexpectedly good for Mercedes. 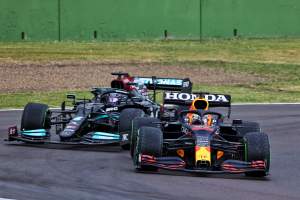 Read into it as mind games if you will, but it’s far-fetched to see this as a matter of specific Mercedes policy. As fun as it is to imagine Wolff, or even strategist James Vowles, outlining exact phrases and responses that the team’s personnel will issue in order to ramp up the pressure on Red Bull and force it to crack.

Just yesterday, Hamilton said: “I really don’t like, I’m really not about the whole psychological battle that people like to have. It’s interesting to see from the outside, the little squabbles that people have, the digs that individuals take.

“I’m just really about trying to be the best that I can be. And I know that if I just put all my energy into that, that that can do some great things.

“I don’t feel like we need to put anybody else off or mess with their heads. My dad always said ‘do the talking on track’, and that’s what I do.”

You can view the above as contradictory to Hamilton’s Sky comments. That’s a fair interpretation. But it equally might just be that Hamilton was either just being frank or trying to stimulate Mercedes with his comment more so than put down Red Bull.

Yet none of the interpretations make the argument particularly valid either. 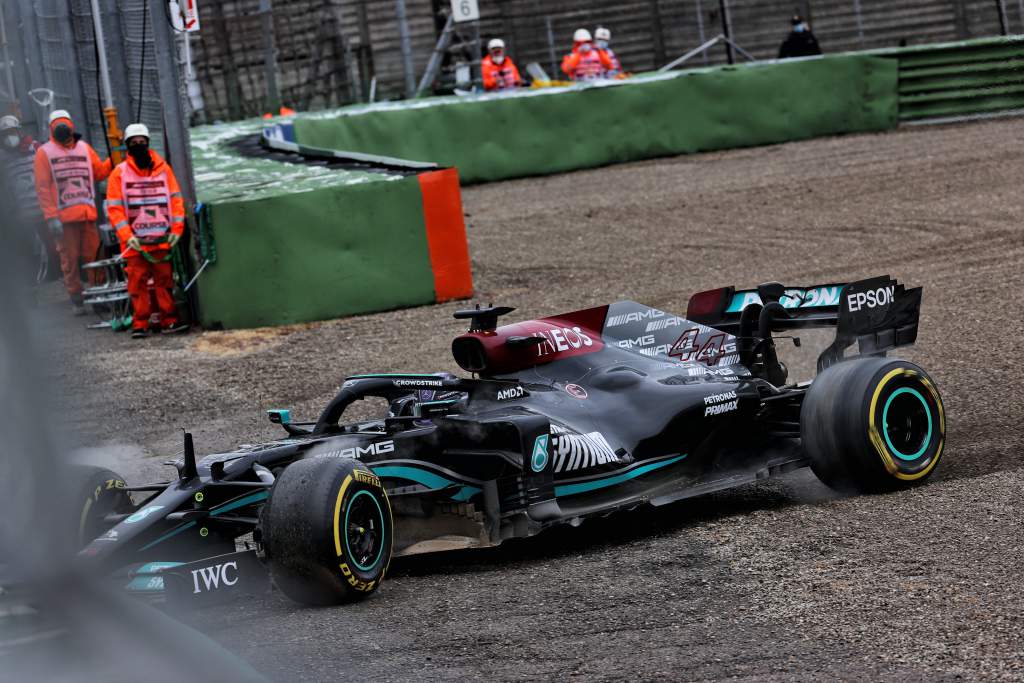 Verstappen and Red Bull have made mistakes, have left points on the table, and may come to regret that come the end of the season. And yet none of the Dutchman’s errors so far have come close to the potential cataclysm of Hamilton’s Imola off.

Circumstances bailed him out there. He knows it, but more importantly his rivals know it – which is why being painted as the error-prone side shouldn’t bother Red Bull and Verstappen in the least. Provided, of course, that they’re learning from their mistakes.