Hamilton: Great car is vital but so is what you do with it - The Race
Skip to content
Formula 1

Hamilton: Great car is vital but so is what you do with it

Lewis Hamilton believes car quality will always be a defining element of Formula 1 but thinks he has proved his performance has been an influential part of his success.

Hamilton secured his record-equalling seventh world championship with victory in last weekend’s Turkish Grand Prix, a win in difficult conditions from sixth on the grid that was widely hailed as a fitting way to clinch the title.

The 35-year-old has enjoyed a crushing 2020 season to earn his fourth title in a row and sixth in seven years during Mercedes’ domination of the V6 turbo-hybrid era that began in 2014.

Mercedes’ reign has been used to play down Hamilton’s achievements, as this engine era has propelled him from a one-time world champion and winner of 22 races into the most successful driver of all time.

Hamilton said he has known since karting the value of having top-quality machinery, after his dad Anthony went to great lengths to buy the best engine from a rival who was moving onto the next category.

“It goes back the same all the way down to karting. You’ve got to have the right equipment.”

In the 70-year history of the F1 world championship, 47 titles have gone to the driver who had on average the season’s fastest car.

In the last 30 years, 23 championships have been won by someone driving the fastest car. And in the case of the seven exceptions, the raw disadvantage was usually minor and sufficiently offset by superior reliability or raceday performance.

‘Recent’ champions without the fastest car

Schumacher took six poles, more than any other driver and equal to Williams’s combined count. He won eight races to Damon Hill’s six.

Over one lap, demolished by the Williams. Benetton managed just four poles to Williams’s 12 over the season. Yet that was flipped to an 11-5 advantage in terms of wins as Schumacher produced the goods and Hill/David Coulthard didn’t.

Very, and (crucially) also reliable. A match for McLaren in qualifying given it and Renault ended the year 7-7 for poles but probably slightly slower on balance. This was a very close fight that was settled in Alonso’s favour by a spate of failures for Kimi Raikkonen.

The fastest thing in the first half of the season, which included a run of five straight poles. Maximising that spell, combined with a slow start to the year by Ferrari/Schumacher, gave Alonso a crucial advantage. 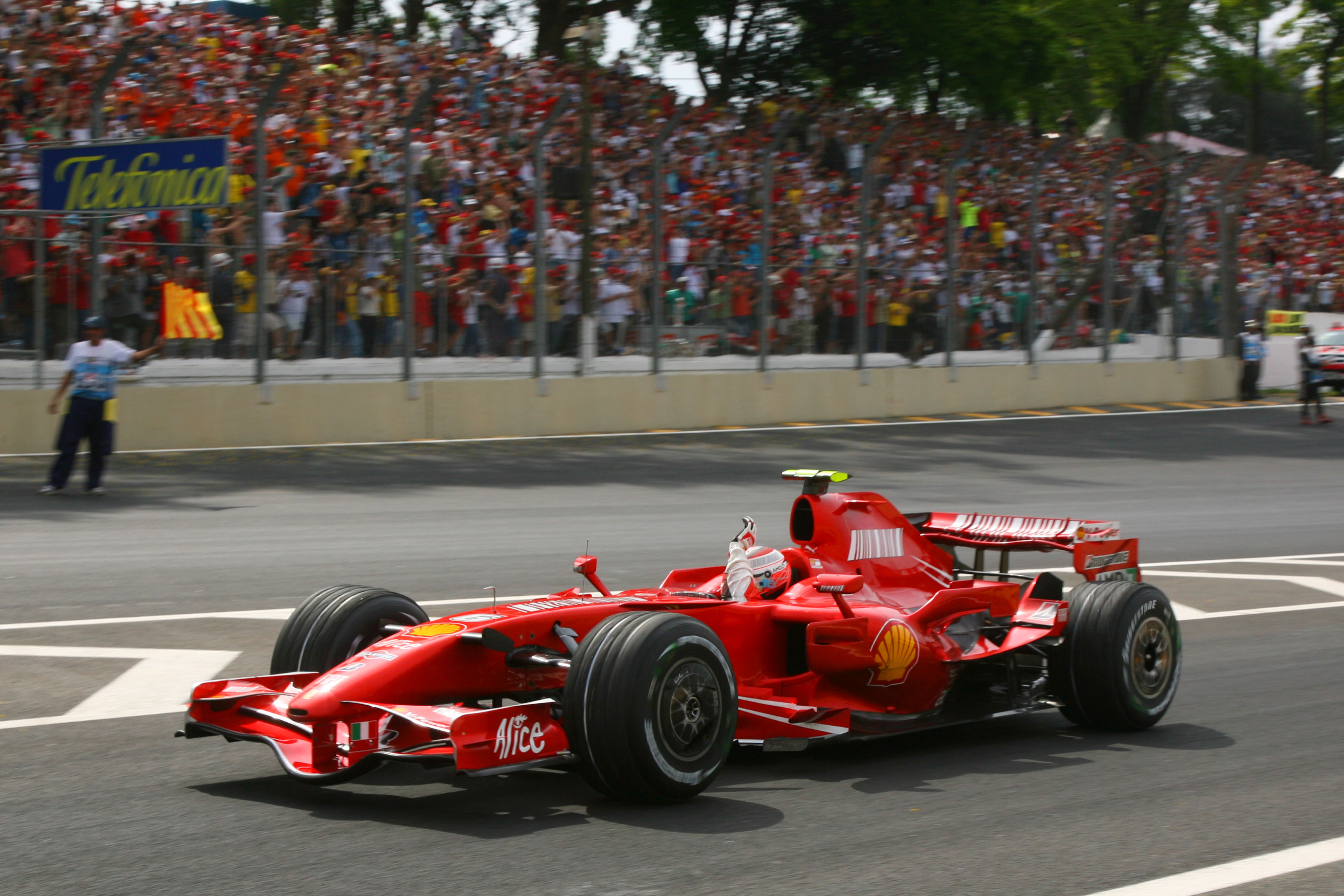 As in 2005, a match for his rivals’. This was a classic McLaren vs Ferrari fight that should have gone McLaren’s way, but Raikkonen took advantage of the Hamilton/Alonso feud + Hamilton’s terrible end to the year to steal the crown.

Neck-and-neck with Ferrari albeit a fraction slower over the season, which turned into a two-horse race between Hamilton and Felipe Massa – one Hamilton edged in the most dramatic of conclusions.

The fastest of all early on. Button’s title run was rooted in six wins from the opening seven races. Brawn GP was overhauled by McLaren and Red Bull in the second half of the year but Button held on to win the championship.

The fastest, sometimes. And faster than his main rival’s. Although just as often outpaced by the McLaren. But McLaren was undermined operationally and reliability-wise. In any case, actually it was Alonso (in the Ferrari) who was the underdog star this season, rather than Vettel

Hamilton is responsible for one of those ‘upsets’, winning the 2008 title with McLaren against a slightly faster Ferrari.

“But then it’s also what you do with it that really also counts – and hopefully you can see that [in his Turkish GP performance].” 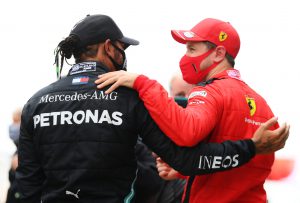 The difference between most of the Mercedes era and the recent titles won by drivers with a performance deficit, however small the deficit was, is that in those seasons at least one other team was capable of fighting for poles or victories, a challenge that Hamilton’s 2020 success has largely lacked.

And even Hamilton said after the rain-hit race at Istanbul that he wants “more of these weekends, more tricky conditions like this”, which he says would help prove the influence he has on the outcome of races.

He believes his fellow drivers acknowledge the quality of his performances but said “the more opportunities like this, the more I’m able to show what I’m able to do”.

“I think I deserve my respect,” he said. “I think I have that with my peers. 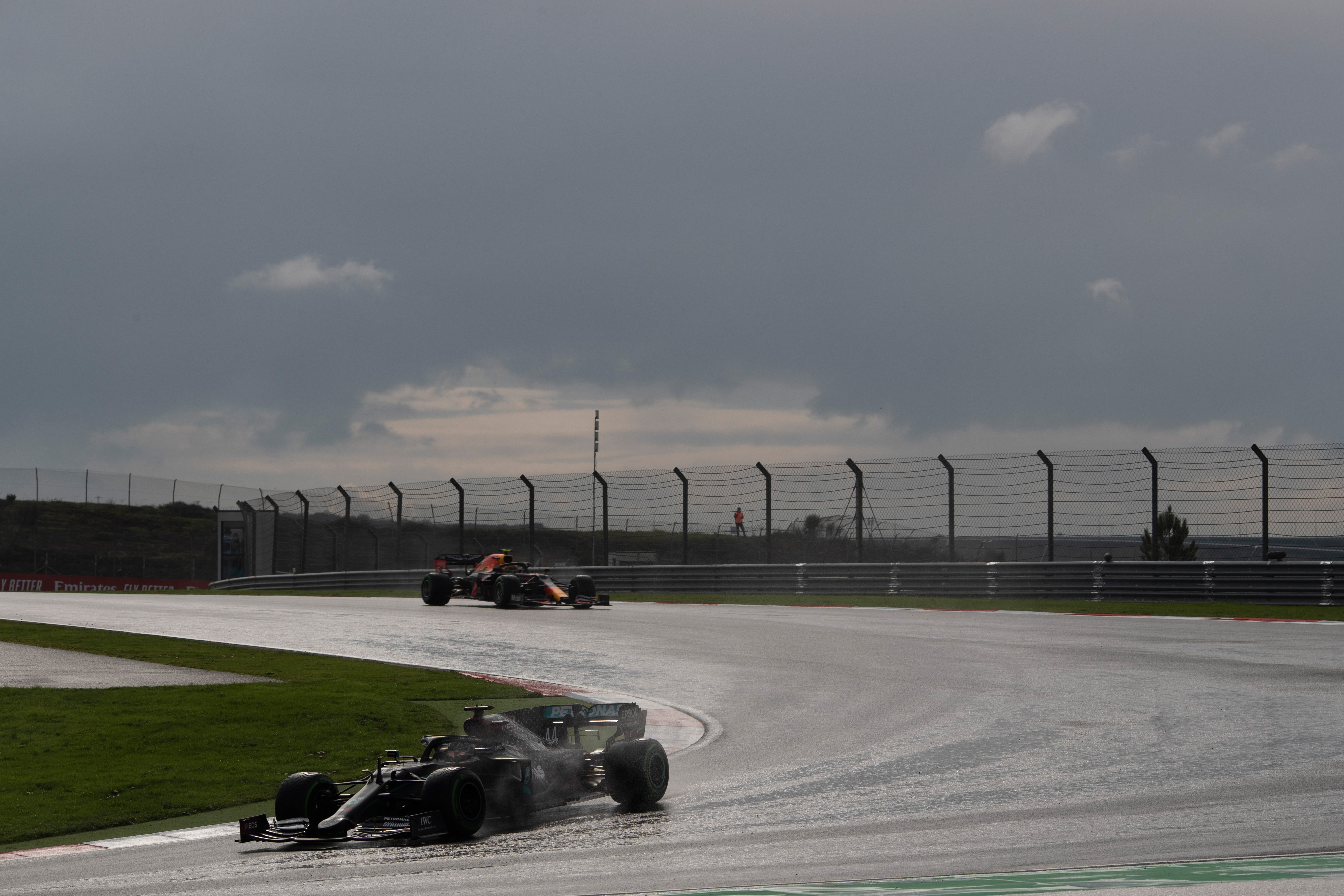 “They will know how hard it is [in races like Turkey], particularly that it is not a car thing.”

Hamilton pointed to his performances compared to team-mate Valtteri Bottas as an example of the difference the driver makes.

While Hamilton now has 10 wins this season, one short of equalling his personal best, Bottas only has two and is more than 100 points behind in the championship.

And Hamilton reiterated a point he made a few weeks ago, after three-time world champion Jackie Stewart had claimed that Hamilton could not be considered the greatest driver in F1 history because of his car advantage, that when he stops racing he will not talk down the drivers that follow him. 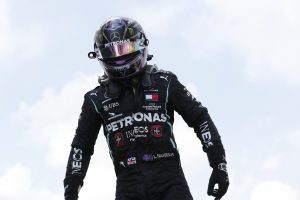 “I do notice that there are these interesting comments from past drivers,” he said.

“I really, really promise you, and hope that I stand by my word, when I stop in 10, 20 years from now and look back, I want to be embracing and encouraging the next youngsters that are here, whether it’s Lando [Norris], whether its George [Russell], whoever it may be, whether it’s Max [Verstappen].

“I know how hard it is to do the job and I know how this world works.” 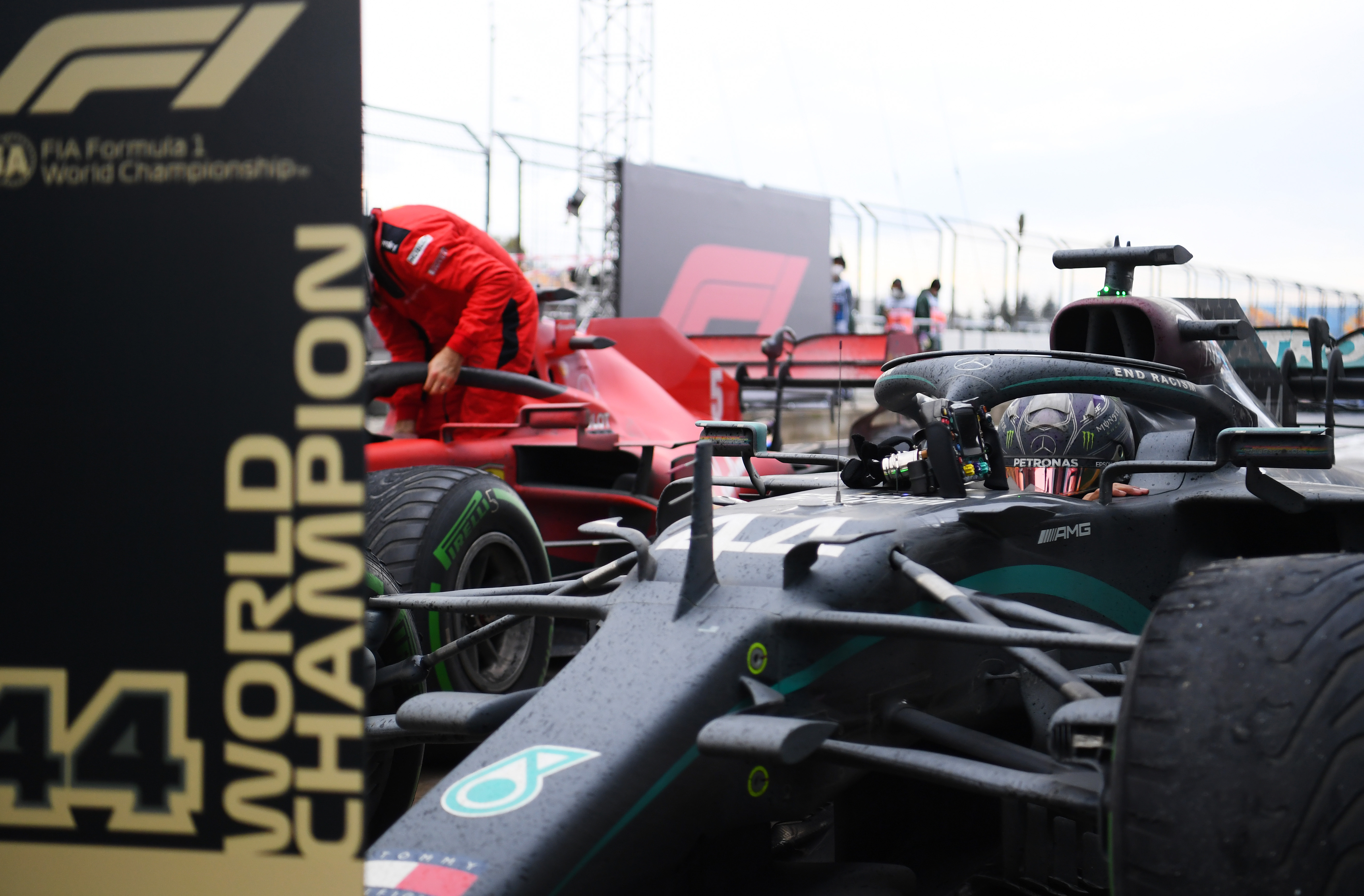