Lewis Hamilton expects to stay in Formula 1 “at least three more years” as he believes he can continue to perform at his current level during that time.

The six-time world champion is vying for a record-equalling seventh F1 title this year, the last of his current deal with Mercedes.

Hamilton and Mercedes have both indicated their preference is to continue beyond 2020 but negotiations were paused due to the coronavirus pandemic and the hectic start to the revised season.

“I do see myself going for at least another three years” :: Lewis Hamilton

Ahead of the British Grand Prix, which is taking place without fans like all the races so far in Europe, Hamilton said his expectation was to return again in 2021 and “fingers crossed I will be here, and we will have fans here next year” – and assessing the duration of his career beyond that, said he sees himself “going for at least another three years”.

Hamilton reiterated his view from the hiatus that the COVID-19 lockdown had acted as a refresher by forcing all drivers into a break, and said “that bit of time off was really a bit of breathing space”.

“It has kind of given me a renewed bit of energy to perhaps go longer,” Hamilton said at Silverstone. 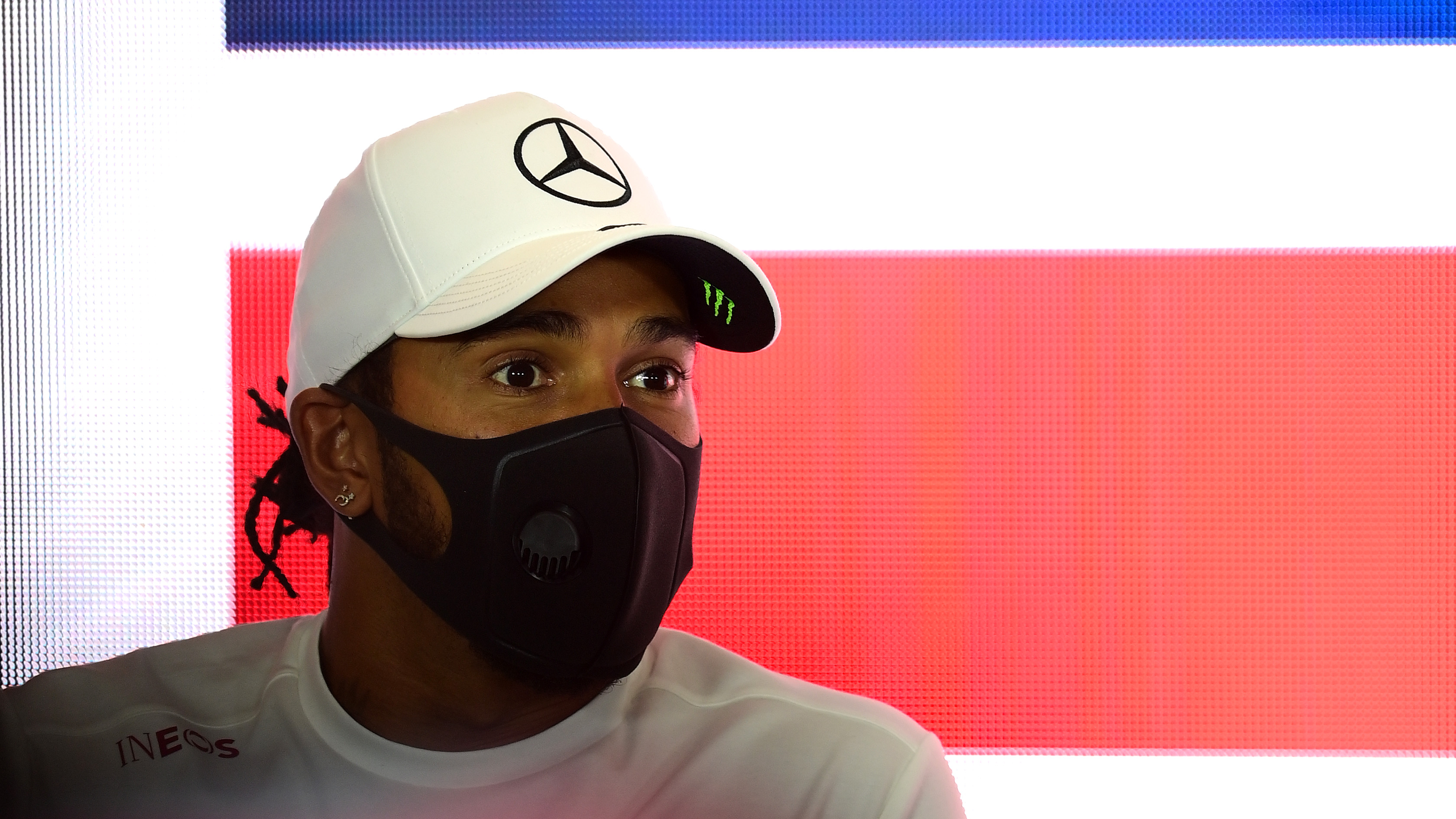 “Ultimately I want to be able to perform at the level that I’m performing at now, forever, but obviously there is a point at which physicality and the mental side can tail off.

“And I don’t know when that’s going to be, but I don’t see that happening in the particularly short term in the next two or three years.

“So I’m definitely going to be here, hopefully, for the foreseeable future.”

Hamilton said there were various factors deterring him from walking away from F1, including being the only black driver on the grid, which at a heightened time of awareness for racial equality he is keen to change. 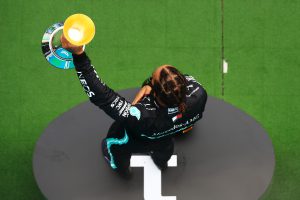 The 5.6-second zenith of the Hamilton-Mercedes juggernaut
Read more

He said he was “conscious of that as well”, but also wants to ensure he is performing at a level that warrants a place in F1.

Extending his spell with Mercedes, given its current form, would likely give Hamilton the opportunity to fight for an unprecedented eight world title in 2021 – with 100 race victories also achievable. He has taken 86 so far.

“I want to earn my position here, and I feel like every year I come back it’s not a given just because of championships under my belt,” he said.

“So I do see myself going for at least another three years.” 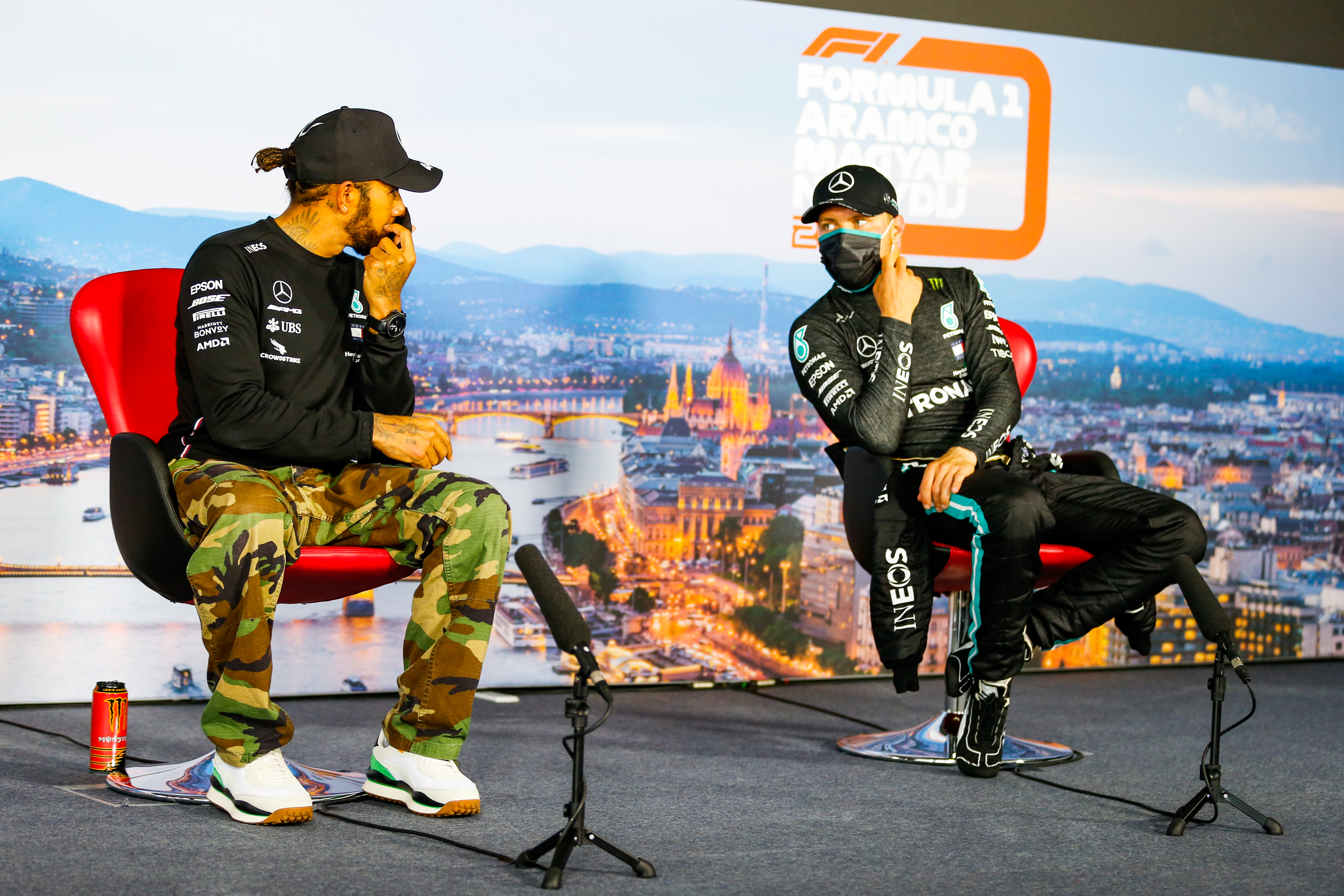 Hamilton’s team-mate Valtteri Bottas, who has helped Mercedes to three constructors’ championships since joining in 2017, is also yet to agree a new deal with the team.

The Finn has been keen to wrap his future up quickly after years of waiting to discover if Mercedes will keep him on, but he is more relaxed because of the unusual circumstances, his own form, and the fact Mercedes protege George Russell is definitely staying at the Williams team in 2021. 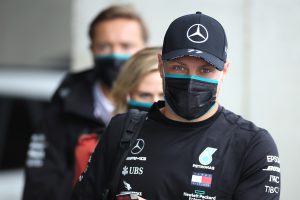 Is Bottas getting tough or getting paranoid?
Read more

Though it has been reported that Bottas has agreed terms with Mercedes, he says negotiations have only just begun.

“It’s a different year, of course, we’ve only done three races, so that’s why it doesn’t feel that it’s dragging on or anything,” he said.

“But things are definitely moving in the right direction.

“It was last week or the week before we started discussions, there was no rush really to start them. But hopefully we will get there soon.

“I definitely haven’t signed anything yet, but there’s no panic. I feel there’s good trust on both sides.”

27 mins ago IndyCar, Junior No Comments