Gasly and Tsunoda set to keep AlphaTauri F1 seats for 2022

AlphaTauri hopes to confirm shortly that Pierre Gasly and Yuki Tsunoda will continue to race for it in the 2022 Formula 1 season.

Gasly and Tsunoda are Red Bull-contracted drivers placed at the sister team, so their futures are determined by Red Bull itself.

There are some variables that could theoretically delay a decision, namely the form of Sergio Perez who is currently the incumbent of the second Red Bull Racing seat, and Tsunoda’s progress in his rookie season being enough to convince Red Bull to keep supporting him. 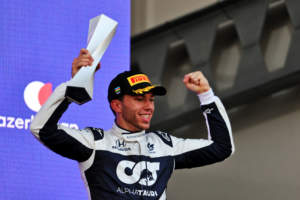 Is Gasly now one of F1’s elite drivers? Our verdict
Read more

However, AlphaTauri team boss Franz Tost has indicated the line-up could be confirmed during the summer break, which begins after this weekend’s Hungarian Grand Prix.

Asked if it would be settled during the summer, Tost said: “Yeah, I hope so because I don’t see any other driver there and I hope that we go on to next year both with Pierre and Yuki.”

Tost added that he doesn’t see “any reason to change anything during the summer break on our driver line-up” and reiterated he does not consider there to be “any alternatives”.

Red Bull has three junior drivers in Formula 2 in Juri Vips, Liam Lawson and Jehan Daruvala, with Vips the highest-placed in the championship in fifth.

In Formula 3, Red Bull-supported Dennis Hauger is fighting for the title.

But Tost is clear that the existing line-up is considered AlphaTauri’s best option for 2022.

“Pierre is doing a fantastic job and Yuki is a newcomer and he is doing a good job,” said Tost.

“He has to get experience and he has to learn a lot. That’s nothing special. That’s logical with young drivers. It’s the risk you take when a rookie comes onboard.”

Though Gasly has been in fine form since losing his Red Bull Racing drive and returning to AlphaTauri (then known as Toro Rosso) in mid-2019, a return to the main team for him has never seemed to be on Red Bull’s agenda.

He is seen as a worthy lead driver for AlphaTauri in its bid to become more than just a midfield team, having also tried to shed the ‘junior team’ label since its 2020 rebranding.

“He is driving on a very, very high level and he shows the potential of the car,” said Tost.

Tsunoda is almost halfway through his rookie season in F1 and has various setbacks, including five major incidents across practice and qualifying – the latest being a costly off in opening practice for this weekend’s Hungarian GP.

That reflects a weakness Tsunoda has admitted to in terms of not being calm enough at times and getting carried away in the car.

But he also scored points on his debut and has finished in the top 10 in four of his 10 grands prix so far, so Red Bull and AlphaTauri remain convinced by his potential. 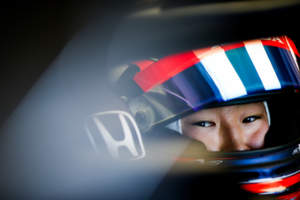 “He is learning fast,” said Tost.

“Sometimes he’s maybe a little bit too motivated. We must not forget he was here for the first time with a Formula 1 car and if you look at his laptimes at the beginning of FP1 he was very, very fast.

“Now afterwards he was maybe a little bit too fast and I said to him it’s better to be in FP1 a little bit slower and to do many laps because every lap helps you to increase your technical understanding and your experience.”