The regulations, and the implementation of the rules, became a huge talking point in Formula 1 last year and culminated in what happened in Abu Dhabi. While the FIA gets to work on reviewing how the race was managed, we still don’t know if Lewis Hamilton is going to retire because of how he feels about losing his eighth world championship – and perhaps more importantly his fifth in a row given he’s almost certainly never going to have a chance to do that again.

F1 drivers need to be measured against something and like him or not Hamilton is currently that measure. He hasn’t scored 103 pole positions, won 103 races and seven world championships by being a slouch, so for any driver to be able to compete against him shows us all how good they are.

Someone else, be it Max Verstappen, George Russell, Charles Leclerc, Lando Norris or Carlos Sainz, will take over that mantle, but for now F1 needs Hamilton to be that yardstick. 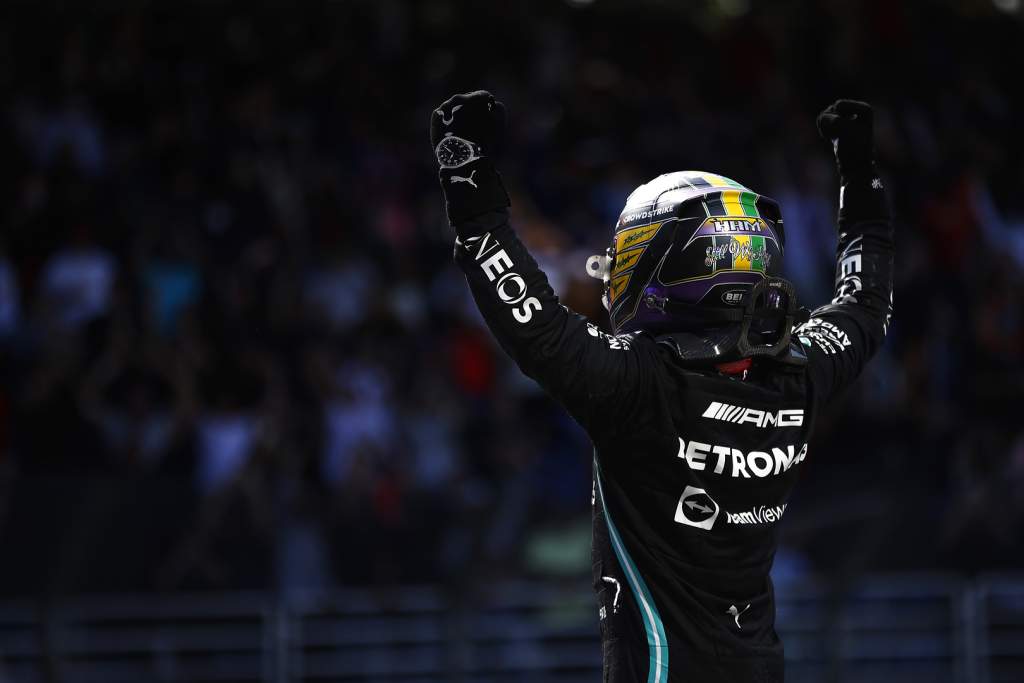 But Abu Dhabi is only part of the problem given the endless controversies of 2021. For a team, every season should be about recognising your shortcomings and doing something about them. It should be exactly the same for the FIA – no one is perfect. 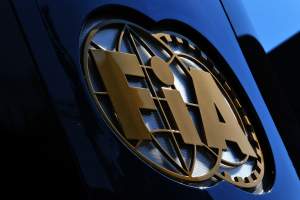 However, the FIA seems frightened to accept responsibility for what every driver – at one stage or another – has pinpointed as confusing implementation of the rules. I don’t want to single out any individual in my criticism of the FIA, but now there’s a new president in Mohammed Ben Sulayem this is the ideal time to make some changes.

The teams and drivers must be on board with this, but I doubt many would be against changes that ensure they understand what will happen in certain scenarios.

F1’s top two teams, Mercedes and Red Bull, seem as confused about what happens as we are judging by the various radio conversations between them and the FIA that we’ve heard over the season. Everyone wants to see a fair playing field to ensure that whoever wins does so because they are best and not through either luck or by being in the right place at the right time and taking an advantage of a situation that unfolds in front of them. 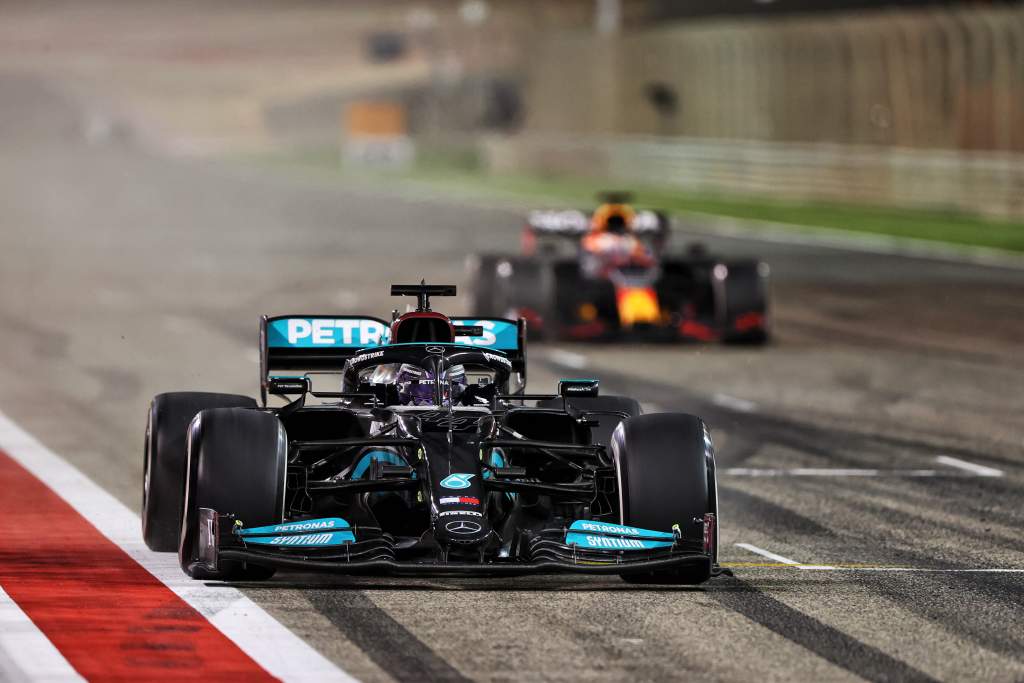 This is not about Verstappen being champion because he is absolutely deserving of the title, just as Hamilton would have been given how well both drove in 2021. What’s more, overall a season usually works itself out given the swings and roundabouts across the races, which meant Hamilton was still in the title fight in Abu Dhabi. But the situation with race control calls impacting the final race made it similar to what we feared the double-points race at the end of 2014 could be, given the potential for the championship swinging based on one race. What that showed is that we want consistency over the season in how points are awarded.

But that consistency also applies to the way the rules are applied and everything else. We therefore need more black and white regulations to ensure everyone understands what’s happening. Forget about Abu Dhabi – Spa was also a disgrace. How can half-points be awarded after three laps behind a safety car? The official result was based on just one lap of that!

So here are my suggestions for what can change. I just wish that it was the FIA offering these by way of a New Year’s resolution. Let’s just hope someone with the clout to do something about it reads this. 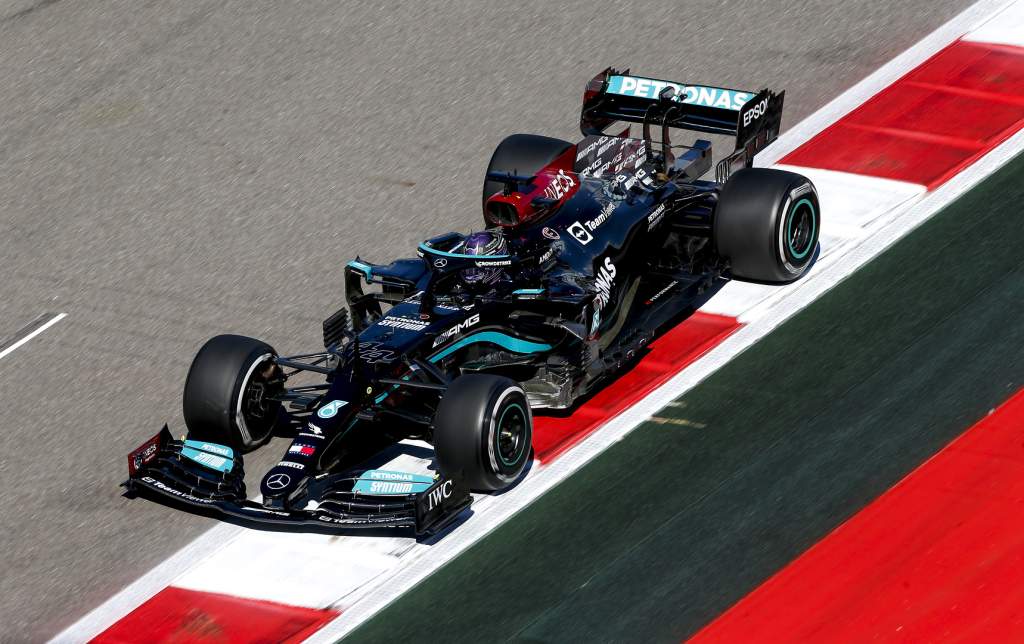 The white lines are the track limits at all tracks and all corners.

If a driver goes beyond the white line (on the line is acceptable), that constitutes a track limits violation.

Practice and qualifying infringements should result in the laptime being deleted by the FIA immediately. 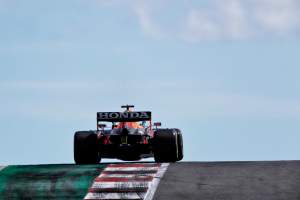 An infringement in the race should force the driver to give up one position even if no position has been gained, with the position change to be maintained across the finish line at the end of that lap.

I would also suggest that the first lap of the race is a free-for-all, let them race.

These rules do effectively exist – the white line is the track limit but is not policed as such and some races it’s the kerbs or something else that form the limits. So this rule simply needs to be regularly implemented and the teams should be made responsible for self-regulating during the race, with the FIA only stepping in when a team fails to do so.

If a driver is adjudged to have pushed another driver off the track, it can be assessed by the stewards post-race and penalty points can be allocated to that driver – this way it doesn’t interfere with that race’s outcome and the points allocation will reflect the level of aggressiveness the offending driver has used. 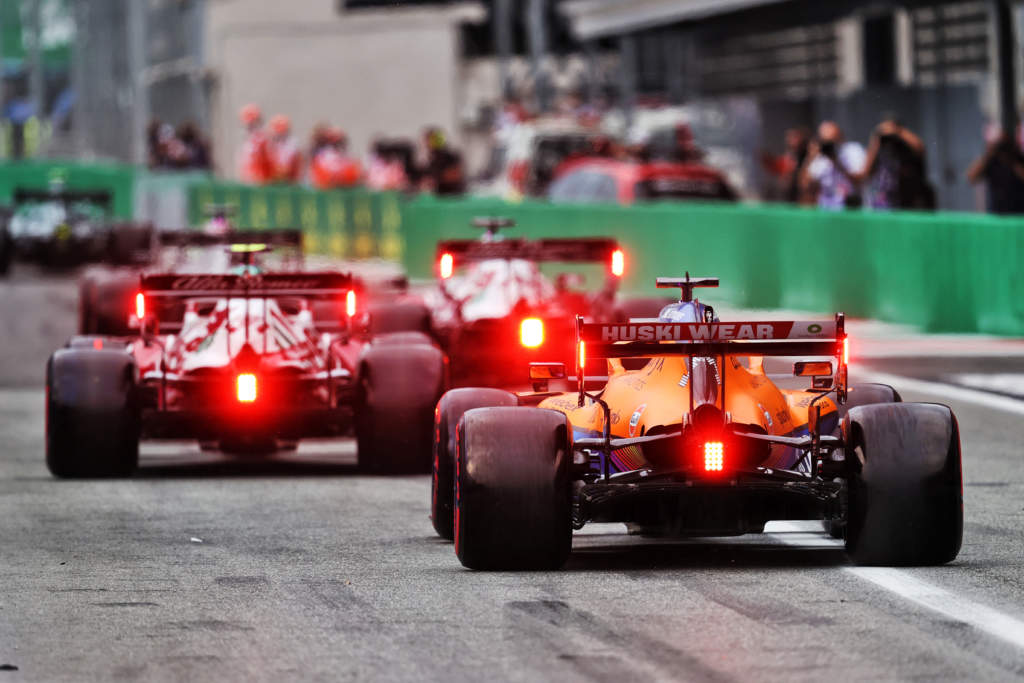 A maximum time is to be set for each sector, which will be calculated as 105% of the median time from the preceding session. This percentage can easily be adjusted if required.

If leaving the pits, sector 1 is calculated from the pit exit line to the end of the first sector. This allows extra time in this sector to sort out spacing.

We see endless backing up in the final sector during qualifying, which is potentially very dangerous. I’m surprised we’ve yet to see a serious accident, particularly at a track like the Red Bull Ring.

The drivers have claimed there is a gentlemen’s agreement governing this, but having been involved in this sport for five decades I can count the number of gentlemen I’ve met on one hand!

These rule changes would become self-policing, the information can be all on the driver display and available to the engineer – so, go too slow and you need to pit, which will mean you lose your next lap. 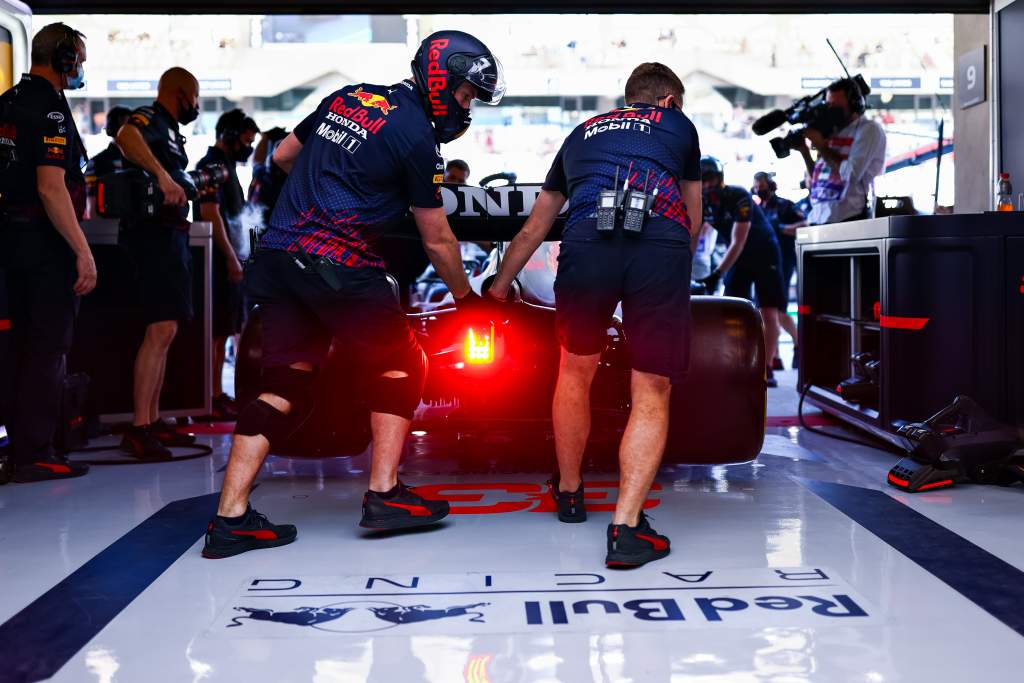 Any component replaced cannot be re-used, which would mean basically any driver at any point in the season can only have the initial allocation available to them.

The reason for changing the engine penalty system is to protect the spectacle of the race for the fans and viewers while ensuring there is still a price paid for infringements.

Grid penalties should be a thing of the past. As we saw in Brazil, Hamilton was able to recover from everything that was thrown at him.

This proposed system protects the show and ensures that there is a tangible points loss.

This rule as it is currently was put in place to allow new engine manufacturers to redeem themselves if they had an inherent problem. But with my suggestion, you could only go back to zero points and not into negative points.

It would be very unlikely that a new manufacturer would be scoring big points if it had an inherent problem, so the change would be to stop the major players using it strategically – as Mercedes did on a couple of occasions last year. 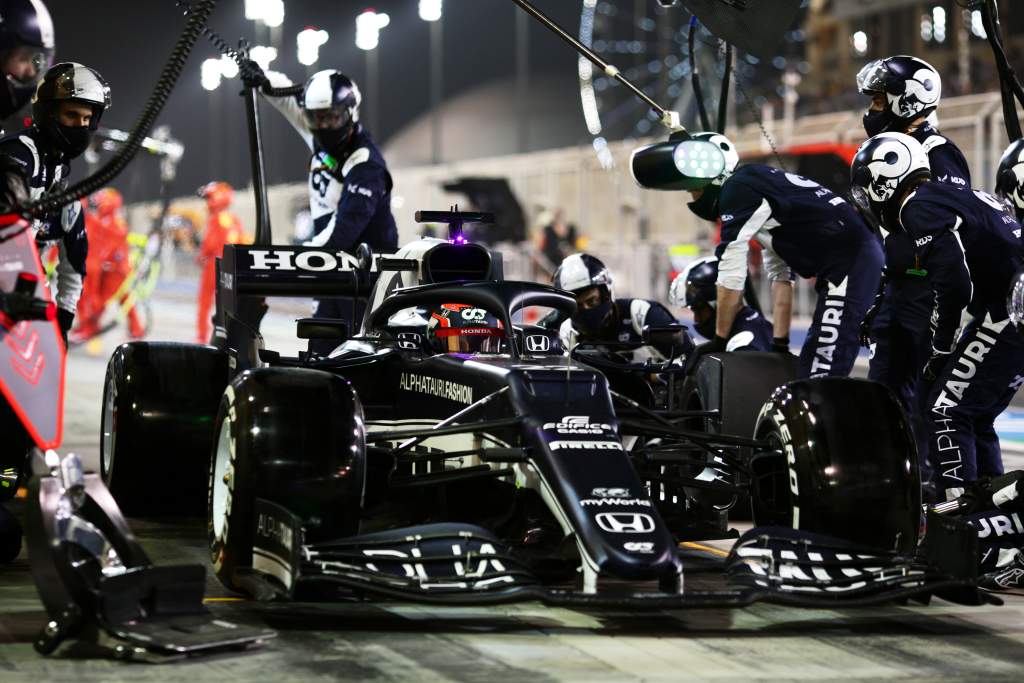 If tyres are changed for safety reasons under the red flag, they – like any other part on the car – must be replaced by tyres of the same compound as the car was on before the red flag was thrown. It will be down to each team to make sure they keep a suitable set of each compound to suit the strategy they intend to pursue.

If a car has crossed the pitlane entry line before a VSC, safety car or red flag is requested, in other words from a green track other than a local yellow, only then should it have the freedom to change tyres. 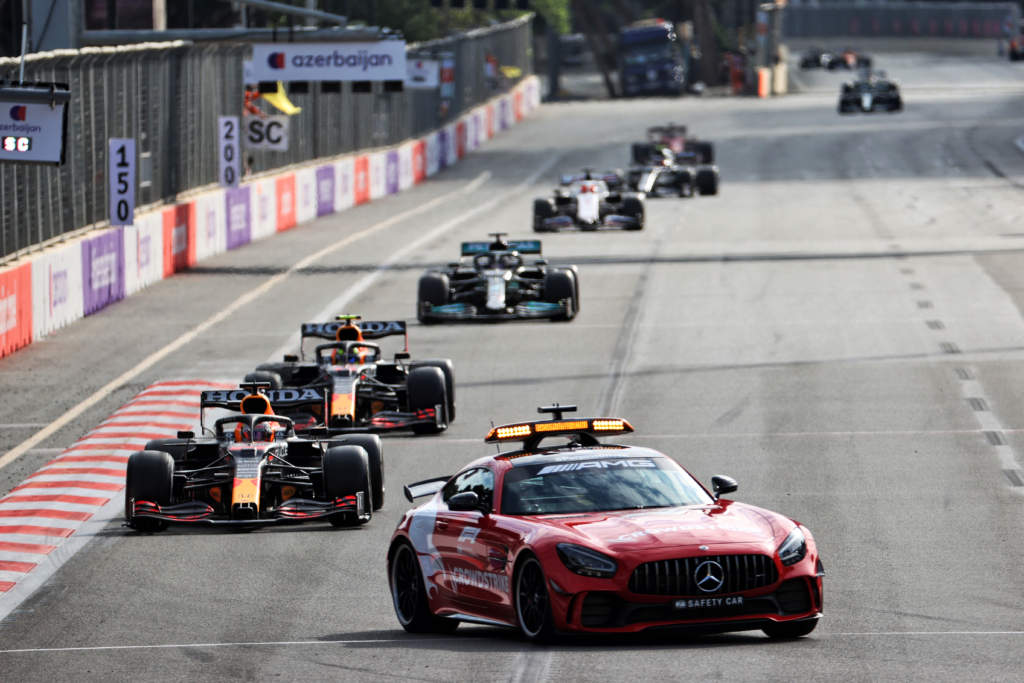 When the safety car is deployed, any car that has been lapped by the leader will be put behind the top 10 runners in the queue.

As this has no safety concerns, it can start to happen immediately once the lead car is in position behind the safety car. 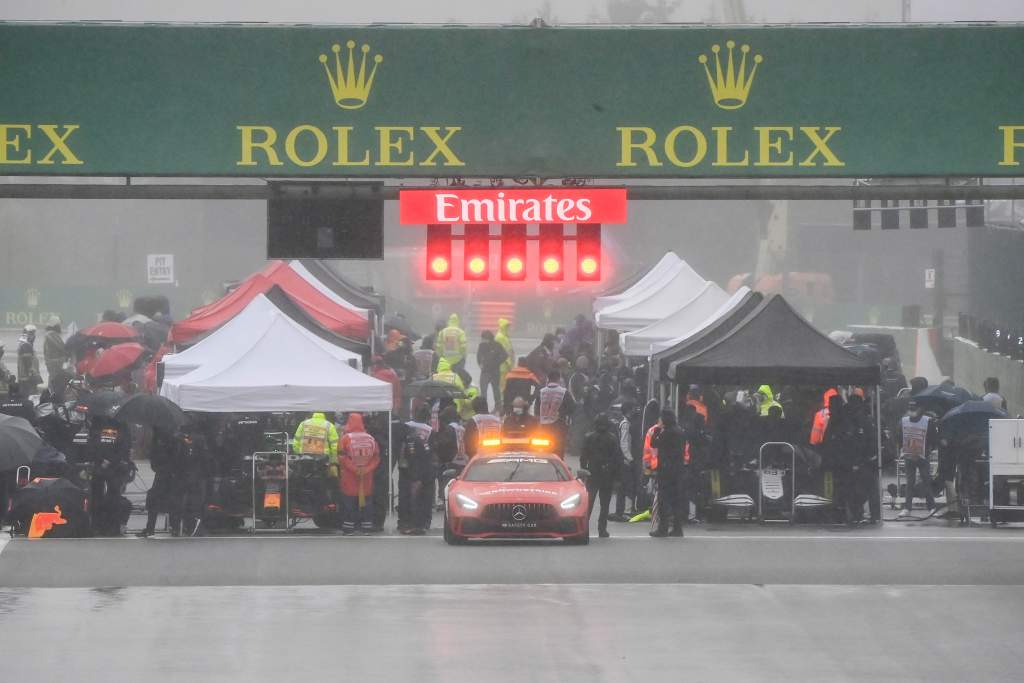 These simple rule changes and clarifications would have avoided many of the problems F1 encountered last season.

The question is, does the FIA really have the will to make such changes – either the ones I’ve suggested or others – to fix the problem?