We seem to be in a new era of Formula 1 where every team member needs a ‘handle for their jug’ as there’s so many layers of management and seemingly no room for the workers.

Alpine, the team formerly known as Renault, is in the process of joining that club as part of the wider restructure of the group. Out has gone team principal Cyril Abiteboul, with Davide Brivio finally announced this morning as arriving from MotoGP champion Suzuki to become Alpine’s racing director. 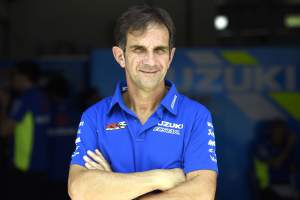 A sudden change in team leadership is always opportunity for confusion, even more so in the current situation, with Brivio’s role taking over a week to be confirmed after Suzuki announced his exit.

So how do the poor workers understand who they are ultimately answerable to? There will need to be a company structure posted on every wall of the factory. And even then, that structure will have to bear some resemblance to how things really operate, which isn’t always the case.

The big question is: will it work? 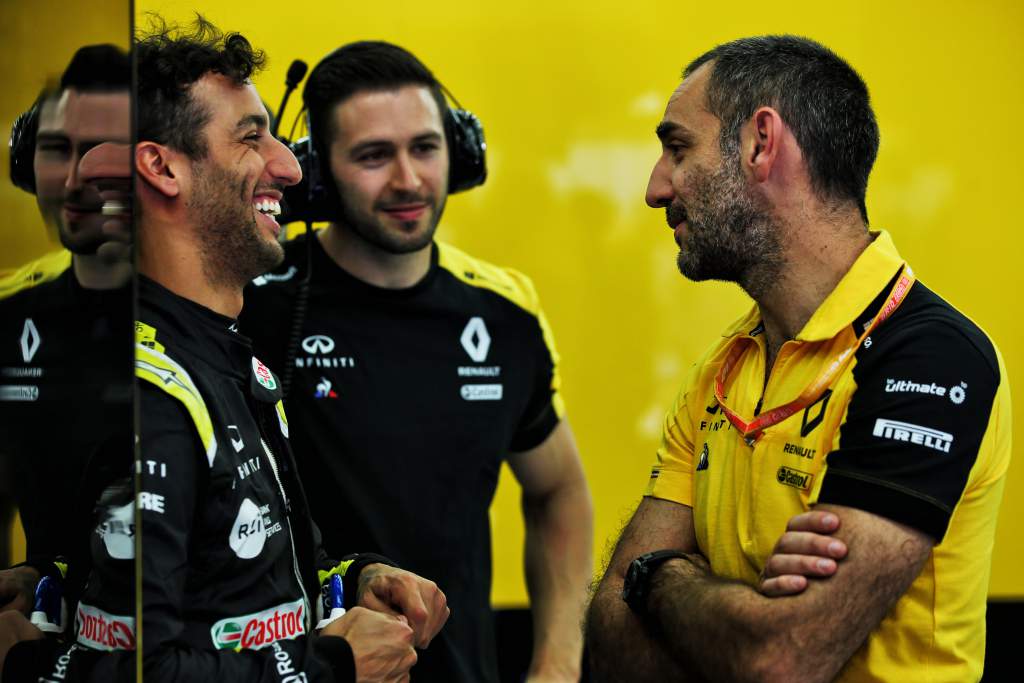 I don’t think Abiteboul’s handling of the Daniel Ricciardo situation did him any favours. He didn’t create a positive environment for Renault’s (expensive) new driver and there were quite a few snipey remarks at the end of the first season.

He also promised more than Renault achieved. Every season was going to be ‘the season’ and, in reality, it’s only last year that the team showed some real promise with three podium slots. 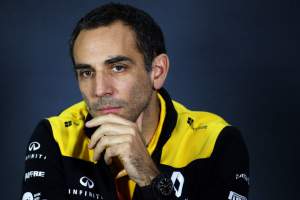 That’s not all his fault, but this shows he was a bit naive about how it all works. That doesn’t build confidence in anyone.

What’s more, he never seemed to be completely at ease with the other team principals, or as it’s more commonly known ‘the piranha club’.

That’s one positive thing that Alpine will gain from the arrival of Brivio. In bike racing, there is an understanding that an arm around the shoulder is critical for a rider’s confidence and performance. A driver needs exactly the same and then that same motivation will run right through the company. 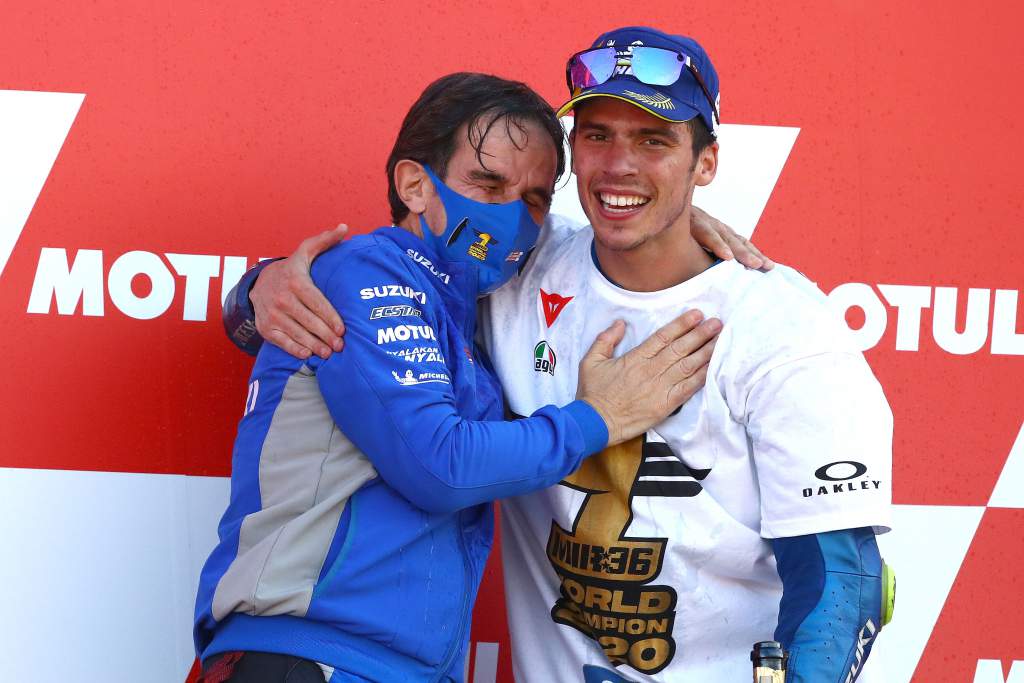 Technology transfer between bikes and cars is limited but the working principles for success are very similar. You have to recognise your problems and do your very best to eliminate them, but not keep making false promises. 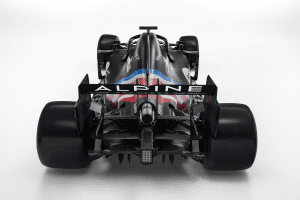 Over the last couple of seasons, Suzuki definitely achieved this but, as I have said many times before, you are only judged against your opposition at any point in time. In MotoGP last season, Honda, Yamaha and Ducati all tripped up over themselves for one reason or another, leaving Suzuki to reap the rewards.

When you change your structure, it always takes time for the new people to find their feet. Alpine could very easily suffer from this process, but you also need to be sure it doesn’t undermine what is already working. The key is to create a smooth transition and impose the right kind of leadership.

Currently in F1 there are two different extremes of how this can be done. 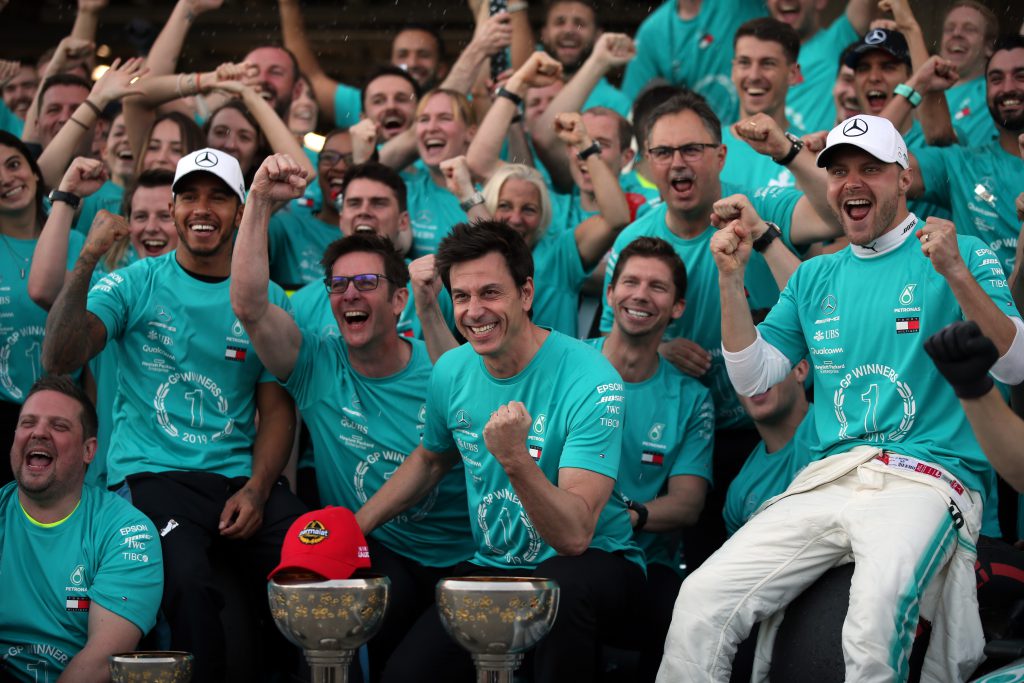 Mercedes is a good example of how you should go about your business and Toto Wolff appears to understand what motivation is all about. He knows first-hand what is going on, but still allows his people to get on with their jobs while backing them 100% in what they are doing.

More importantly, he knows how to keep the politics well away from the workers. If you can satisfy everyone’s ego, which, believe me, does exist, and still have an efficient and content working structure, you’re halfway there. 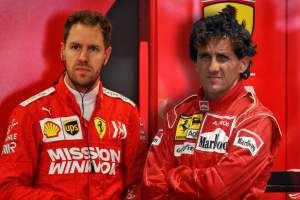 Ferrari is the other side of the coin. Looking from the outside, the blame culture seems to manifest itself throughout the company.

It seems to thrive on personnel changes, internal positional changes and the politics are part of everyday life for all. Some people can handle it but if you are of a creative nature it’s alien to how your mind works.

If you look at it that way, Ferrari has never changed and the way that Alain Prost, Fernando Alonso and Sebastian Vettel were treated meant they came close to the ultimate success of a championship, but never quite made it. 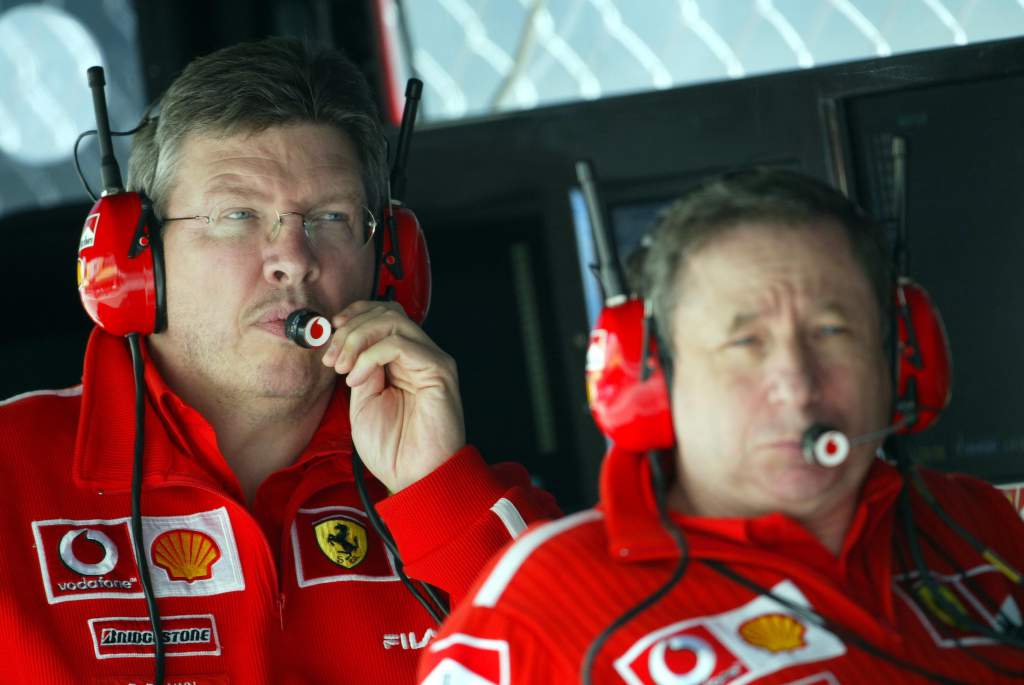 It was the days of Jean Todt, Ross Brawn and Rory Byrne that brought Ferrari’s sustained spell of success. Yes, Michael Schumacher was a big part of that but Todt was able to keep the politics at bay and allow Brawn and Byrne to focus on the technical side. It’s a bit like how the Mercedes ship is currently steered.

There is no exact knowledge base that is needed to be a team principal. I was lucky enough to have had two team bosses at either end of the scale as far as technical understanding is concerned, who were both very good to work for.

Eddie Jordan was one end of that scale. He really didn’t know anything about the design or engineering side of the company and didn’t want to know, he didn’t interfere with that side of things. He was always there to bounce ideas off, such as different ways of doing things and the savings versus performance of each, but never pushed in either direction. 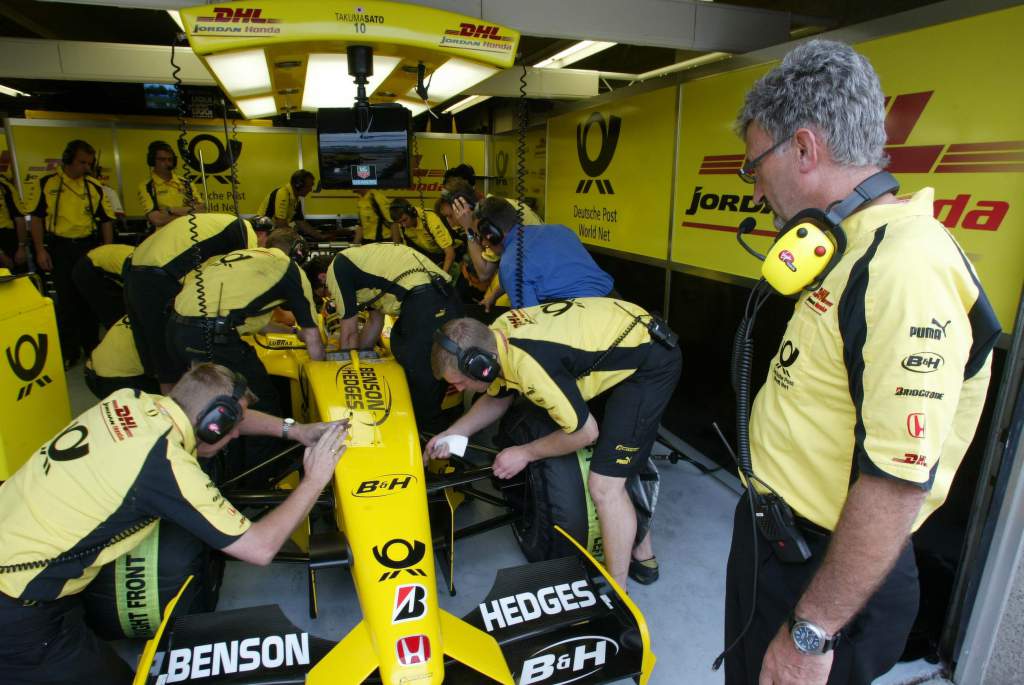 We then had a consultant managing director (what handle would you give that position?) come into the company and he was the opposite. He was a nice enough guy, but always tried to interfere without going through the proper channels – this simply created confusion for everyone.

He would always push the aerodynamicists to go after more downforce without understanding that developments needed time to be researched thoroughly before signing them off for manufacture.

It’s very easy to find more downforce but actually make the car slower and more difficult to drive, you need the time to understand the sensitivities of each change. To him, that process was just a waste of time.

Jackie Stewart was completely at the other end of the scale. He understood and could absorb everything that was going on. He wasn’t backward in coming forward and was very capable of giving you his opinion, but given his background you knew what he was talking about made sense.

He also always backed you up with what you were trying to achieve, just as Wolff appears to do. He was also very good at motivating people and through good or bad times he was always there for anyone. 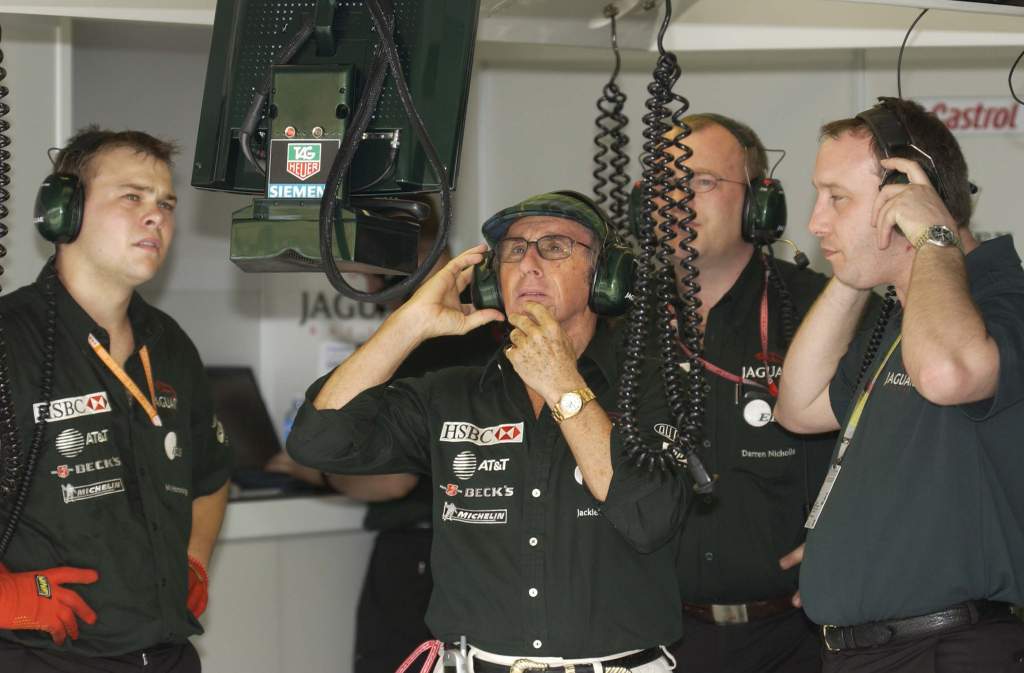 There’s not necessarily an ideal place in that spectrum for the perfect team boss. But what you do need them to do is understand their strengths and weaknesses in terms of knowledge and concentrate on getting the best out of people. They are there to manage, not to do, and the worst thing is when they try to do your job for you. It’s the old saying, ‘a little knowledge can be a dangerous thing’ 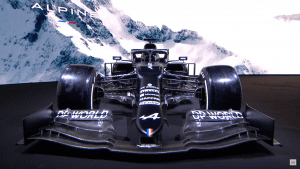 The team principal isn’t there to design or drive the car, or necessarily to bring in the commercial partners. They are there to ensure the team works as it should do, and we’ve even seen people with no motorsport experience, like Flavio Briatore, be very successful running teams.

But what really matters is that everyone knows what they are supposed to be doing, what their objectives are and who is calling the shots.

For Alpine, this is going to be the area that can cause most confusion. Who do you need to take your lead from? Who do you answer to? If it’s too cloudy, then everything will suffer. If it’s too open, then there is no direction. If it’s too dictatorial, then no one has room to make their contribution. 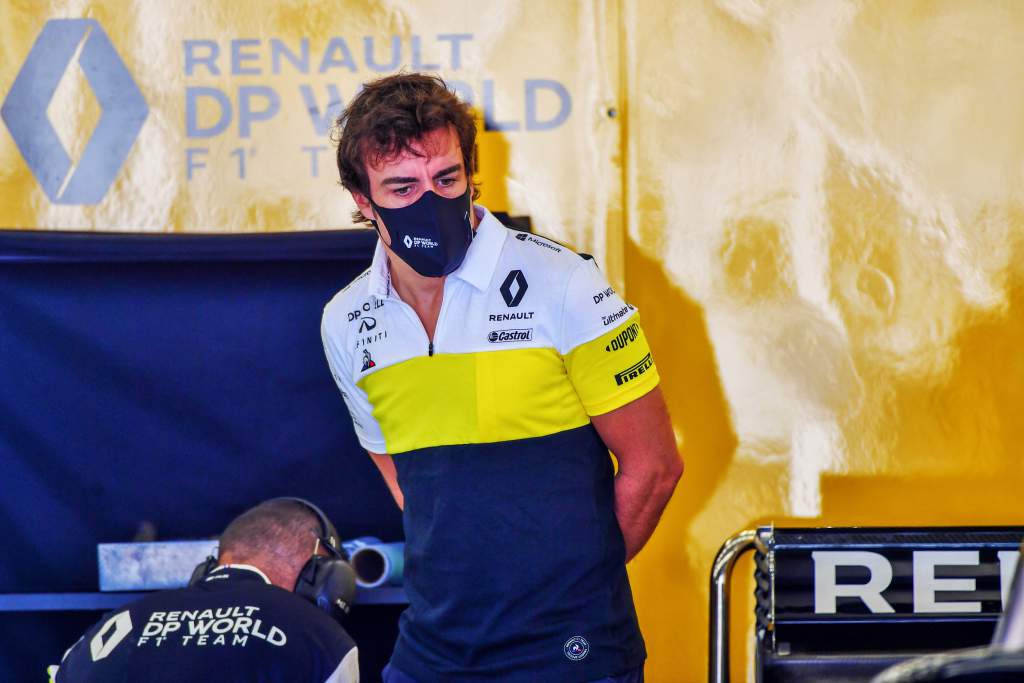 The one person that has been very quiet through all of this is one Fernando Alonso. He is Alpine’s star player and, personally, I would think he might just be pulling the strings from behind the scenes.

It is how he has operated in the past and, as we say, ‘a leopard doesn’t change its spots’. 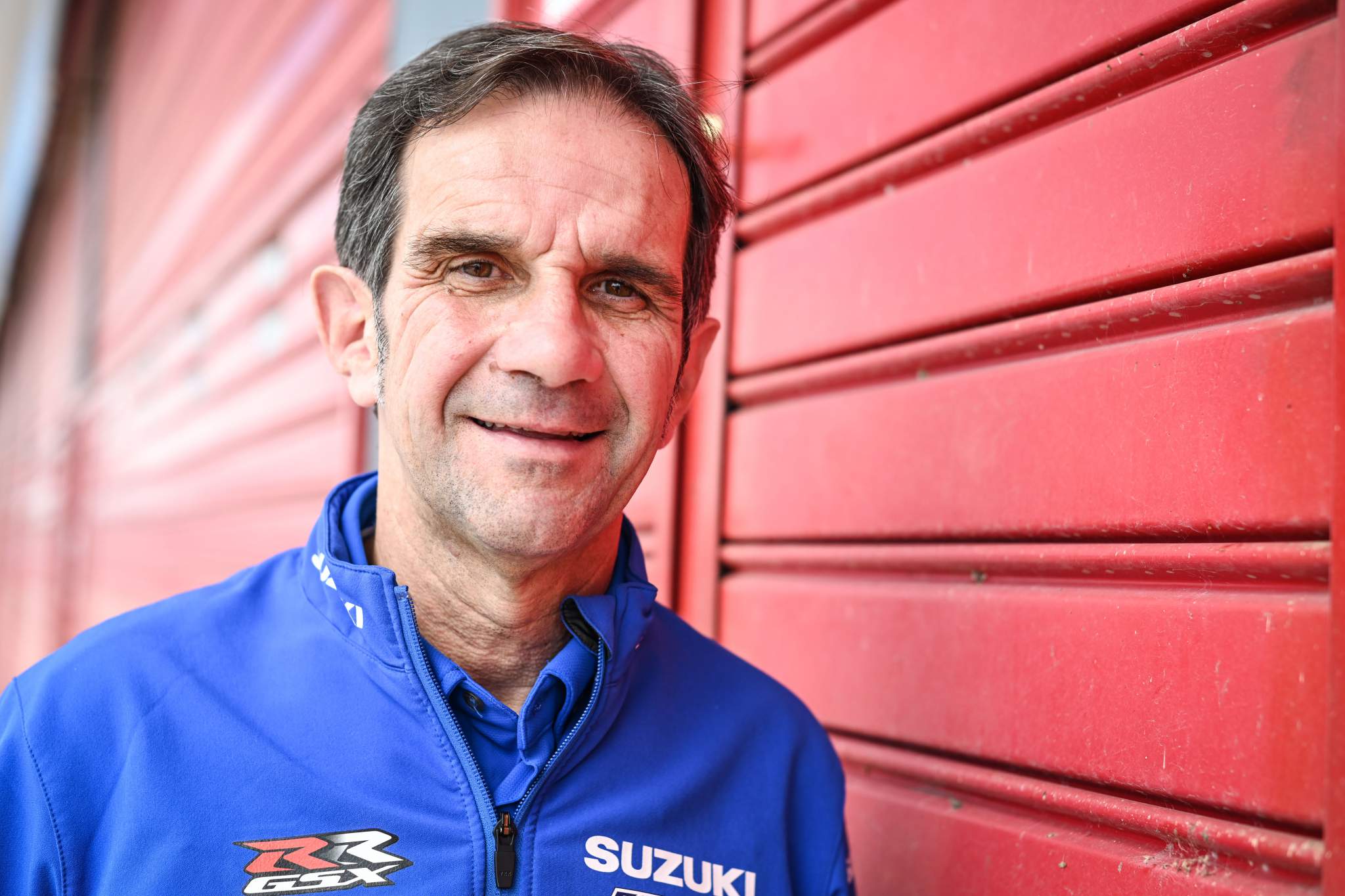