Ferrari has pushed through part of its planned Hungarian Grand Prix aerodynamic upgrade to trial at the Red Bull Ring this weekend, with a new front wing already appearing in the pitlane.

Further parts are expected to be revealed tomorrow when the car hits the track for free practice, but for this first part of its catch-up programme it has modified the footplate and the top flap of its front wing. 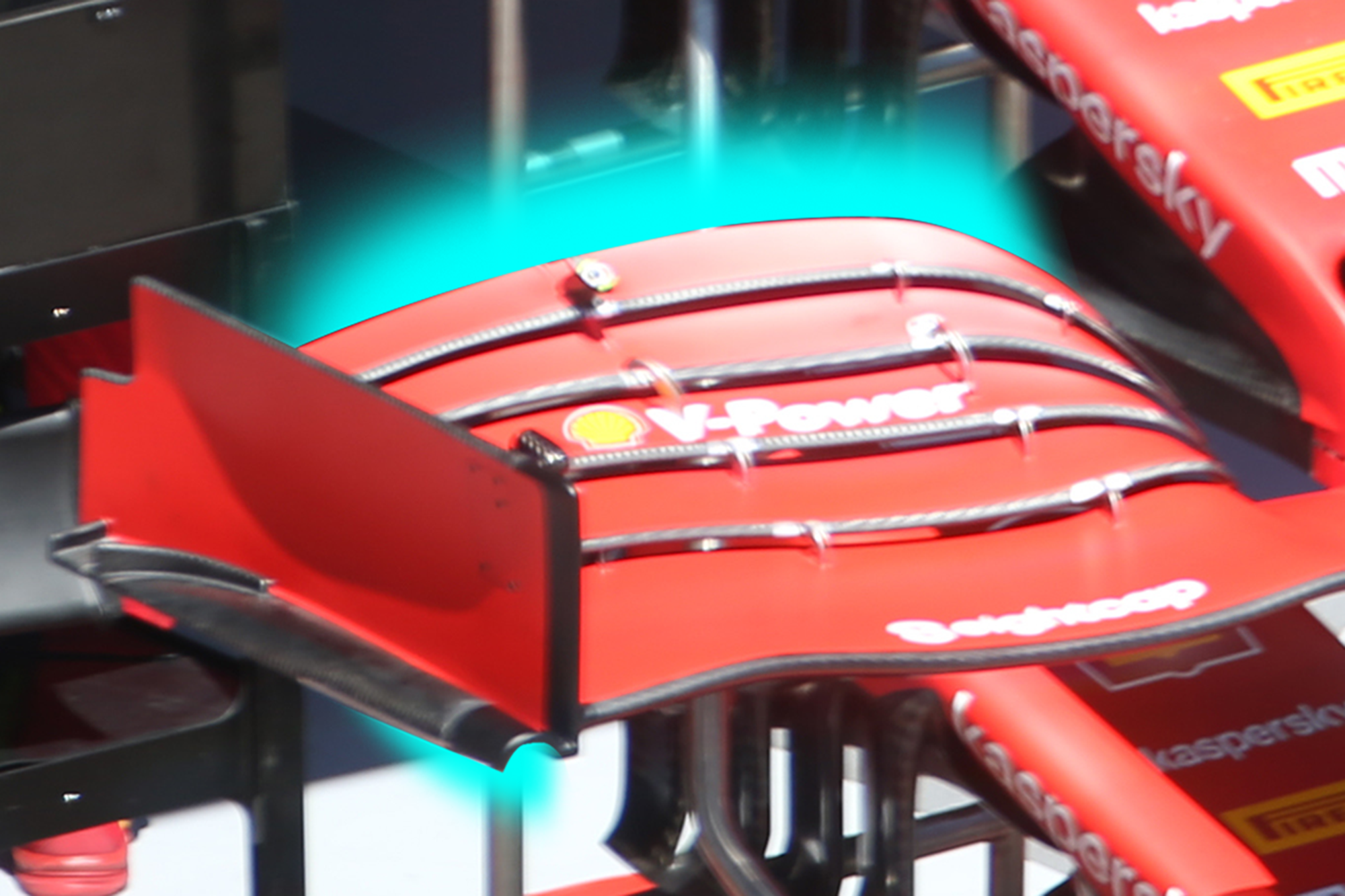 The footplate of the front wing endplate now has a circular leading edge (blue) as opposed the more rectangular version (green).

Also, the trailing edge of the rear flap is reprofiled (blue) as opposed to the old version (green) which appears to have a dip in the middle. 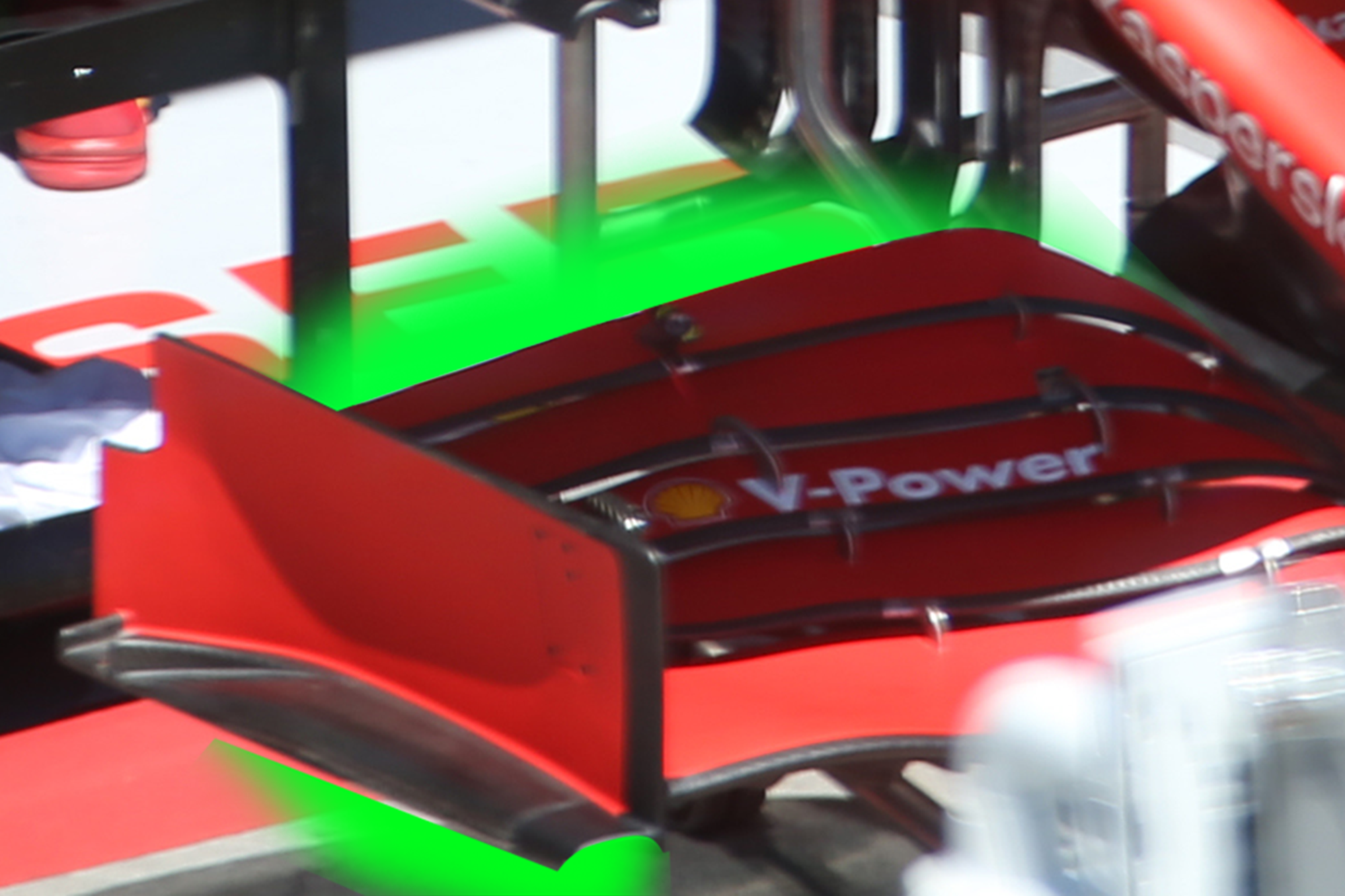 As for the trim line on the trailing edge of the last flap on the wing assembly, it will probably reduce the transverse flow across the other wing flaps and mainplane.

If the wing flaps change their angle of attack too quickly, it can generate a very inconsistent wake coming off the trailing edge of the wing, which in turn can affect the performance of the barge boards.

The benefit of rushing these developments through is that being able to back-to-back them at the same circuit just one week after them ‘theoretically’ getting the best out of the initial car specification means Ferrari will get a good read on its potential development direction. 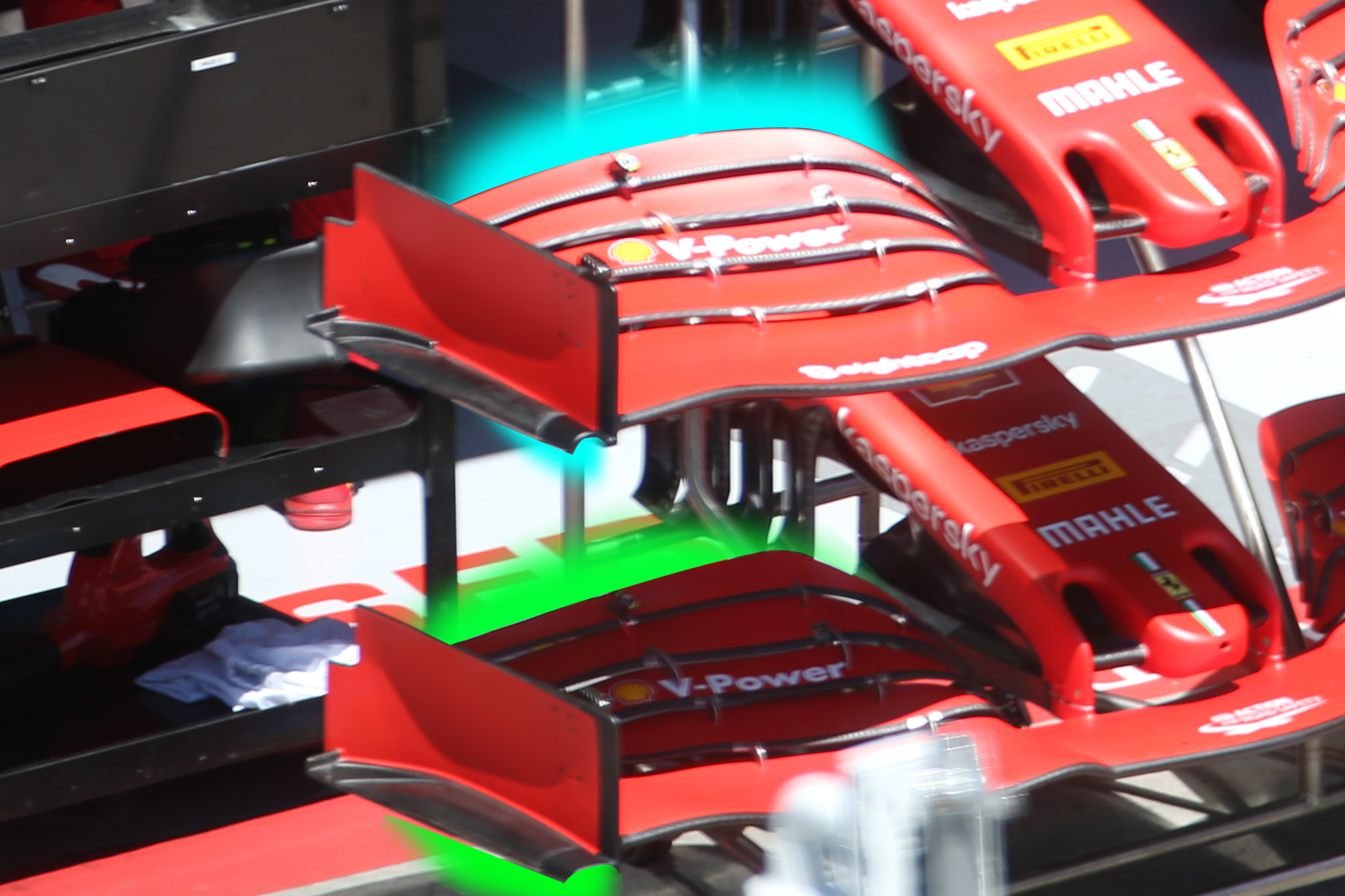