Gary Anderson: How F1 can regulate away bouncing - The Race
Skip to content
Formula 1

Gary Anderson: How F1 can regulate away bouncing

Formula 1’s problems with porpoising and bouncing reached an all-together new high during the Azerbaijan Grand Prix weekend. Just look at Lewis Hamilton ‘doing a Nigel Mansell’ post-race and crawling out of his car with a bad back. My sympathy goes out to all the drivers having to endure the savage ride.

The calls for something to be done became ever-louder while F1 was in Baku and there are now very serious discussions about changes to be made, not to mention plenty of lobbying. I certainly agree something needs to be done, but I don’t think a change to the technical regulations is the right thing to do.

After all, there were also 19 other drivers that were largely fine. Firstly, Mercedes must address its own problems, which are visually worse than those of any other team. Secondly, it must also make Hamilton a new seat to protect his back and make him more comfortable.

Neither of those two tasks are straightforward. Setting aside the new seat, let’s take a closer look at the porpoising and bouncing. 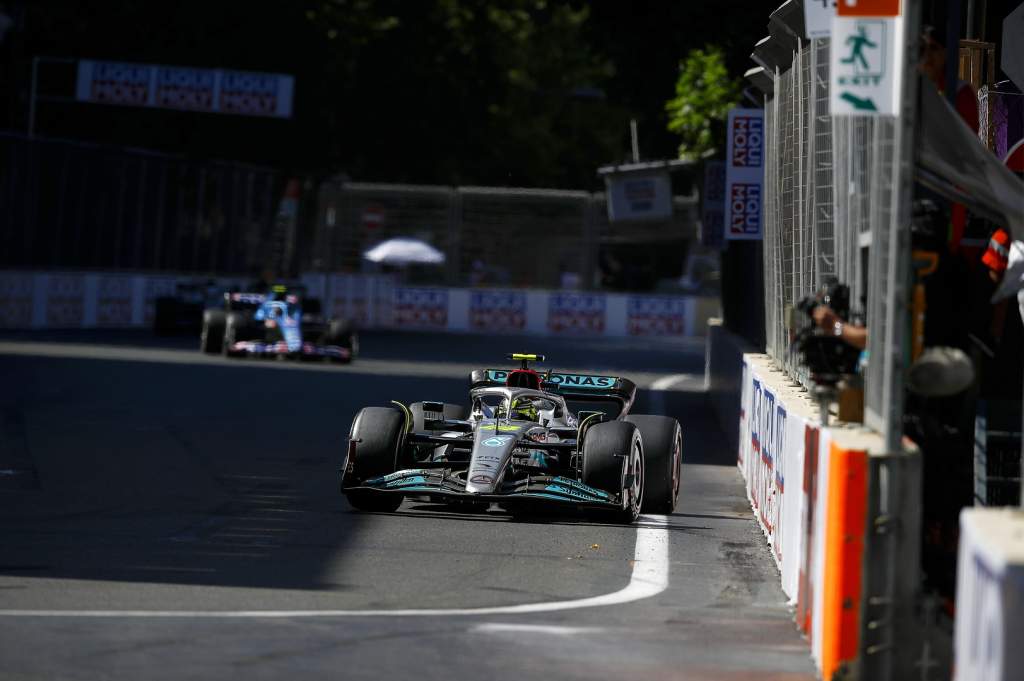 George Russell says that Mercedes is now on top of the porpoising. From the outside, I’m not so sure of that. But Mercedes does run the car very stiff and low, so perhaps it is trying to keep the car in the higher downforce window as opposed to it moving in and out of that window.

What you really want is to get as much downforce as possible in slow- and medium-speed corners. Running the car low and stiff is one way to do that, but because downforce is produced at the square of the speed, it means that you potentially get a lot more downforce at high speed. 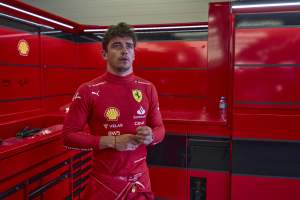 And as the sides of these underfloors get closer to the ground, the high-speed downforce from that area of the car is probably doubled if not quadrupled.

If you simply raise the car and run it softer, you lose all that extra load in slow and medium corners basically, because the car will be higher. So any advantage you think you have from your underfloor package gets thrown out the window.

The porpoising is generated by car movement. As the car is forced towards the ground with the aerodynamic loads, the sides of the floor seal the underfloor increasingly effectively. As a result, the aerodynamic load builds up at a much greater rate than if it were simply wing-generated downforce.

When the sides of the floor get very close to touching the ground, or even touch it, any flow structure problems in the underfloor will multiply and you will get airflow separation. This will reduce the downforce, allowing the car to increase the gap to the ground. When the airflow reattaches, it all starts again.

You need to locate where these areas of potential separation are and control them so that the car never reduces in downforce, but just so it doesn’t increase as quickly. If you can do that then you will have a much more stable ride.

Nothing is new, so it’s time for one of my history lessons. 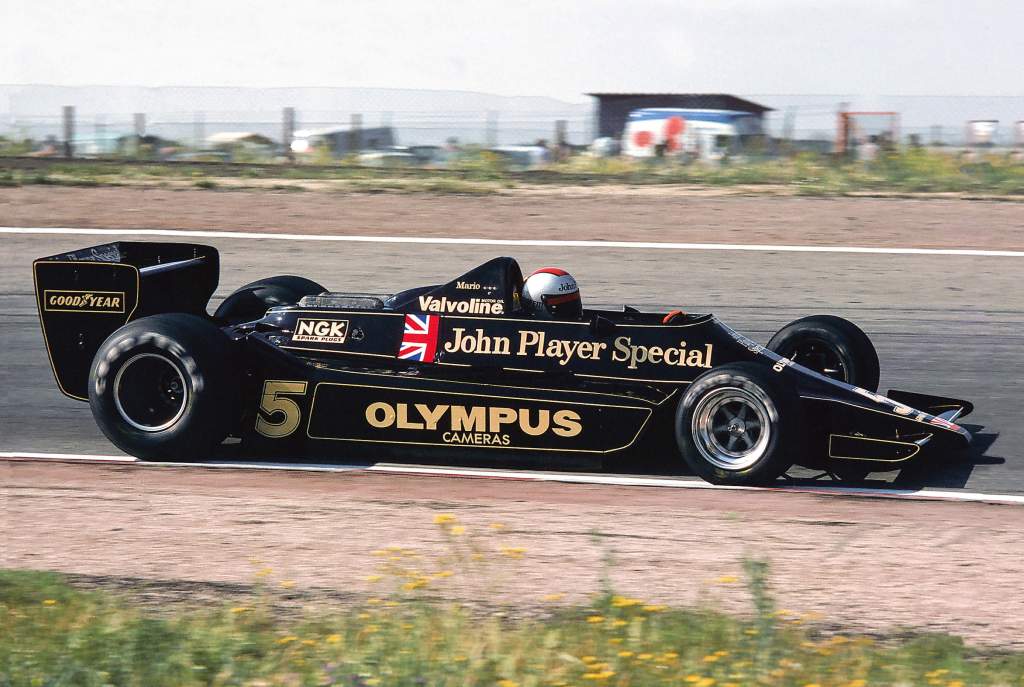 Back in the old days of ground effect, we had sliding skirts to consistently seal the outer sides of the tunnels. If that all worked, then you had massive amounts of grip and, with that, porpoising. This created the same stalling problems that some teams currently have. I have seen them generating so much bouncing it lifted the front wheels off the ground in the past.

But if, for any reason, a skirt got damaged or stuck in the up position, the consequences could be catastrophic. If the driver didn’t know about it, then a fairly major accident because of the lack of grip was just about to happen.

The FIA then stepped in and introduced a minimum ride height. The teams then designed their cars with a double vertical spring rate. That means very soft springs so that when you got up to, say, 50mph the aerodynamic load was enough to close up that minimum ride height.

The suspension would either lock in that position, or the driver could lock it. From there on, you had a very stiff car producing similar loads to the previous regulations.

Colin Chapman and Peter Wright are the people to blame for all this. At Team Lotus, they created the ground effect era in F1. Interestingly, the Lotus 88 of 1981 was a twin-chassis design which got outlawed. 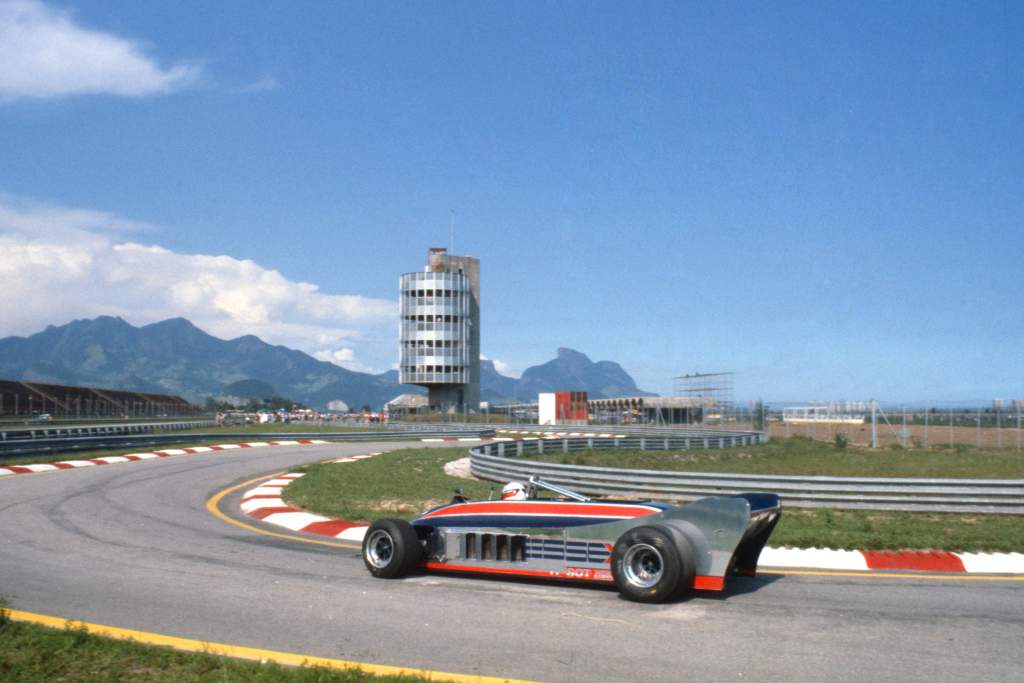 It had the chassis, engine and gearbox all mounted on soft-ish springs within an outer chassis, which had all the aerodynamic-producing devices mounted directly on the upright assemblies. This meant the driver was sitting in a limousine and the aerodynamic loads were fed directly into the tyres.

Gordon Murray went the fan car route in 1978. It produced massive amounts of downforce in low and medium speed corners and not so much in the fast corners, so it was much more consistent through the corner speed range.

We then went to the flat floor concept in 1983, with a rear diffuser that we had for many years. Then along came active suspension, which allowed someone sitting in a darkened room to generate the aerodynamic performance profile of the car.

Everything could be controlled: pitch, heave, roll, ride height, car attitude, centre of pressure, drag and even corner weights. You name it, it could be fiddled with.

Some argue it should come back, but I’m not a fan of this. If I put my engineering hat on, yes, but as a fan, no. It would just mean that the car would be developed in that darkened room. 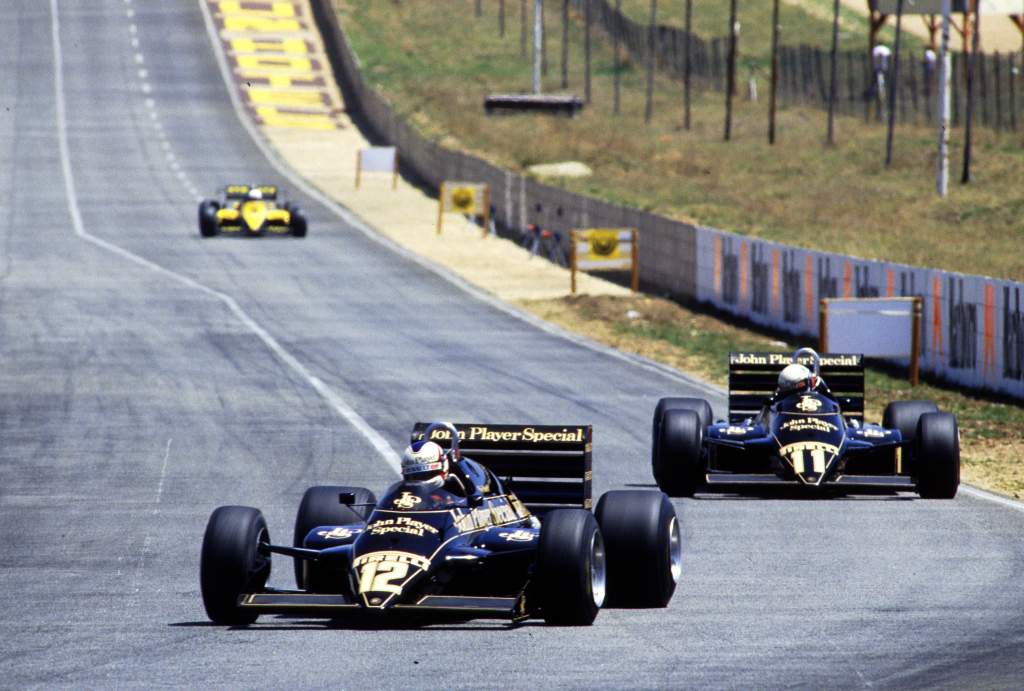 For me, it’s simple. The regulations are the regulations and some teams have got on top of them better than others. It’s a bit like when the V6 turbo hybrid rules came into play. Mercedes did a better job than Ferrari or Renault and that’s the challenge within any set of regulations.

The big question is, is it really creating a potential health problem? The cars all have accelerometers on them and even the driver has an in-ear accelerometer. The FIA can look at this data and very quickly determine if the acceleration loads are too high and someone is going to suffer because of it, or if some teams are simply crying foul with no real problems other than an unwillingness to change their set-up to reduce the tyre bouncing. 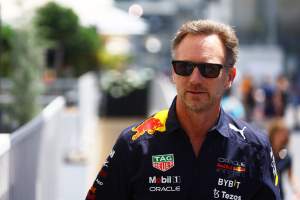 If it really is a problem then they need to think outside of the box and not simply repeat history, please.

Teams will always find a way to get the best performance out of the car, after all that’s their job but if a minimum ride height is introduced it will simply be another thing that some teams will find a way around.

As an example, nearly all the teams have a preloaded spring mounting the front part of the floor to the chassis. This preload is set so that the cars pass the upward floor deflection test on the bib area of the floor. After that load, the spring simply compresses allowing the floor to deflect.

That is why we see so many sparks from underneath the car and yet we never hear of any plank wear. If you simply doubled or quadrupled that load then the teams would have to raise the front of the car, otherwise they would suffer too much plank wear.

Any change can very easily have unintended consequences so you need to be very careful.

If something has to change then it would be very simple to introduce a change to the underfloor that will effectively emulate a higher rear ride height in the critical area. 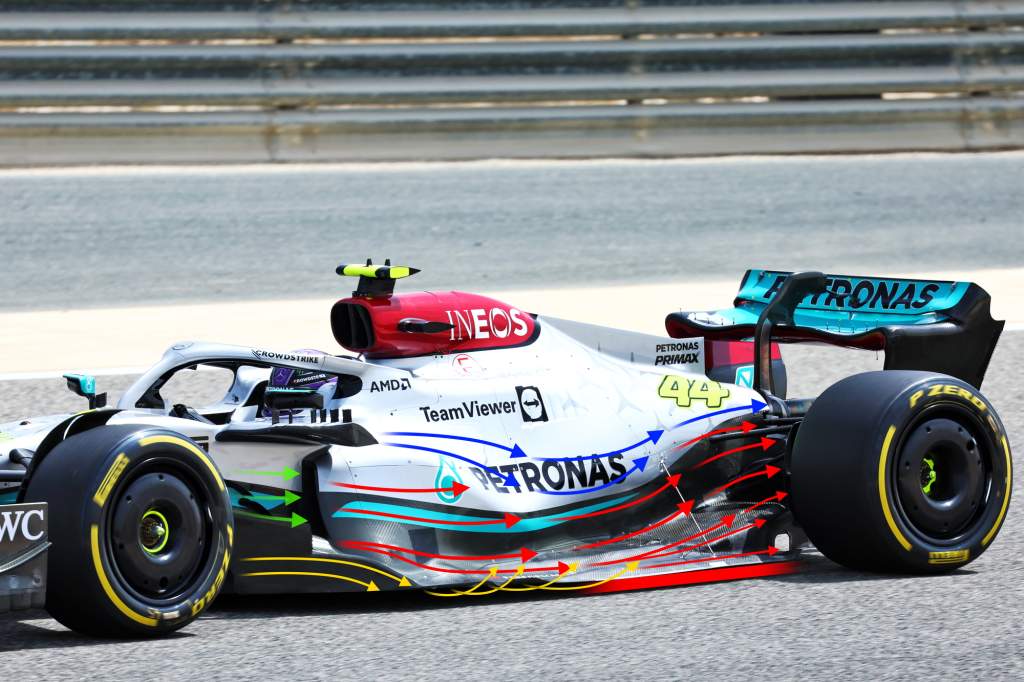 Looking at this illustration of the Mercedes (above), the red area in front of the rear tyre can be raised to whatever is required. Some teams, such as Red Bull and Ferrari, already have tunnels through this section that dramatically reduce the on/off switch effect that a flat floor section would have when it gets close to the ground.

But Mercedes doesn’t. The reason is simple, it will cost you some aerodynamic load – but do so in the interests of giving the driver a package that allows them to use their talent to the maximum. Sometimes, you need to make a compromise.

The solution to this problem is in how teams want to exploit the performance of their cars. I suspect Mercedes is going down a blind alley with the direction it is trying to go in as far as set-up is concerned.

It makes no sense to change the technical regulations now. Before the season there was the chance to make some modifications and it would have been the same starting point for everybody.

Now, it’s down to the teams to take responsibility for their problems and ensure the drivers are able to drive without the bouncing potentially doing damage to them. And if that requires regulation in the form of setting a limit to the forces a driver can be subjected to and monitoring it, then so be it.