Gary Anderson: A key area where Ferrari and Red Bull are diverging - The Race
Skip to content
Formula 1

Gary Anderson: A key area where Ferrari and Red Bull are diverging

Red Bull and Ferrari have led the way in Formula 1 this year, with Max Verstappen and Charles Leclerc splitting the victories between them so far.

We’re still waiting for Ferrari to introduce its first major upgrade package, but it did run with a small tweak to the front suspension in the recent Miami Grand Prix. But this wasn’t a mechanical change, instead, it was all about aero.

The suspension links connecting the upright assembly both front and rear have to be structurally capable of taking the loads generated by 6g of braking and 4g of cornering, plus probably 25% redundancy on top of that. In reality, a simple round tube can cope with all of that.

What we see in the shape of the components in the suspension is driven by each team’s aerodynamic requirements. 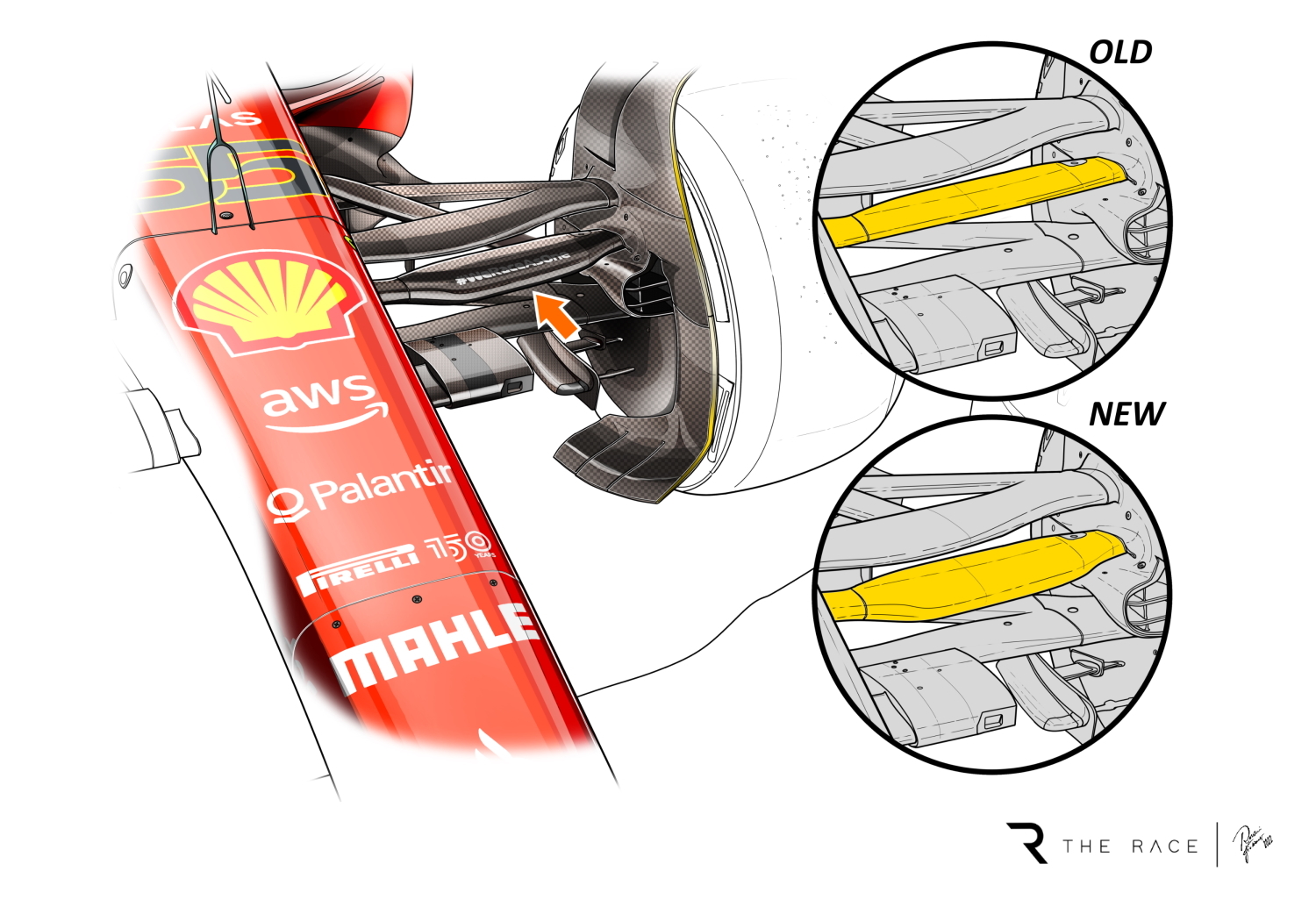 For Miami, Ferrari brought a new longer-chord front trackrod to do just that. All of the links are regulated to an aspect ratio of 3.5:1 and a maximum angle of +/- 5 degrees to the reference plane, so you can’t get too carried away but you can influence that flow significantly.

As we can see from the comparison with the Red Bull, Ferrari has its trackrod in line with the forward leg of the top front wishbone. But it’s still an independent component. 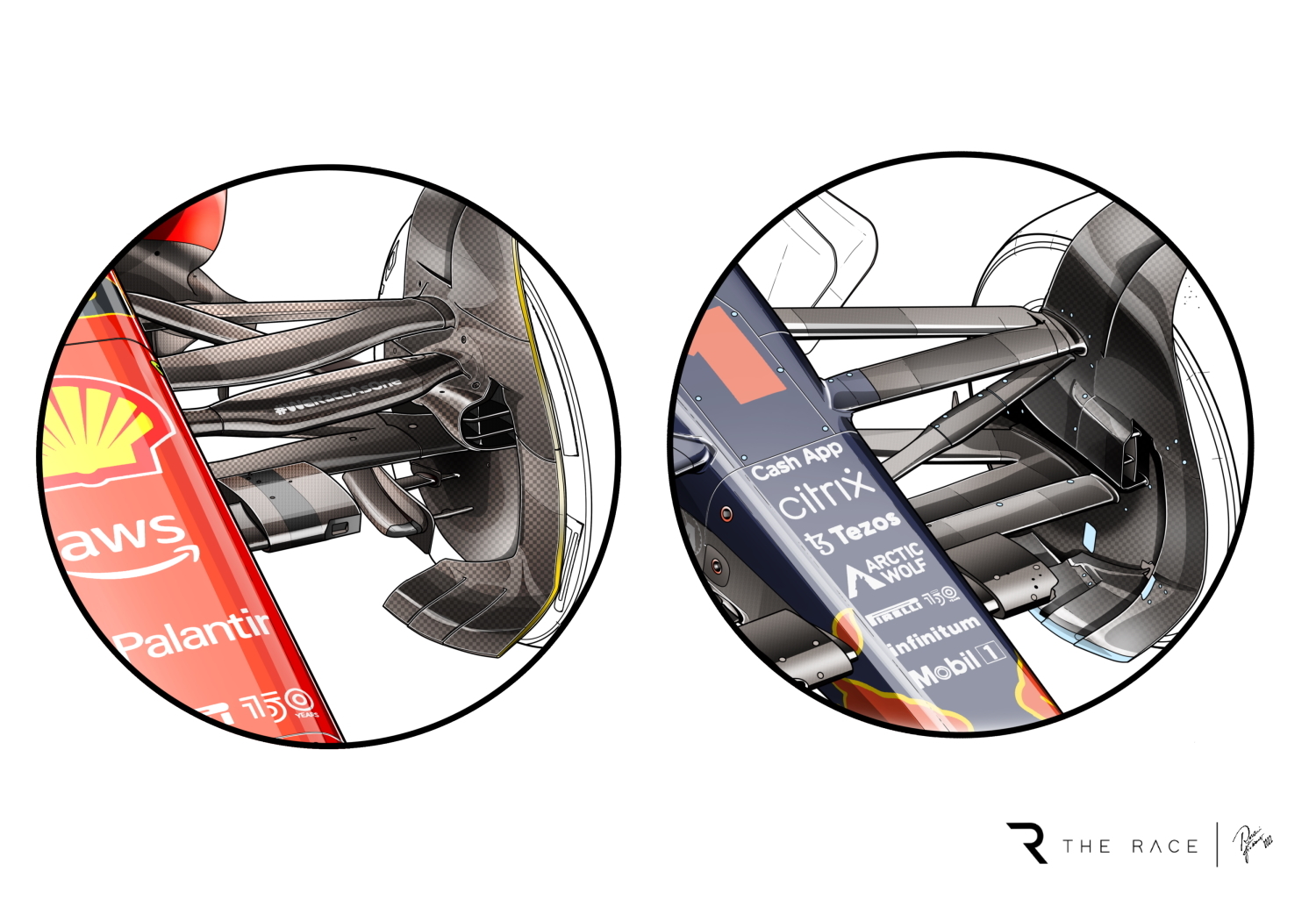 Red Bull has its trackrod lower, just above the forward leg of the bottom wishbone. Again, it’s an independent component.

In effect, Ferrari has two horizontal aerodynamic profiles between the chassis and the wheel assembly.

By comparison, because of the height difference for the trackrod, Red Bull has three horizontal aerodynamic profiles.

One subtlety of this is that the extra profile is situated lower, meaning it is more powerful when it comes to re-aligning the airflow to the leading edge of the underfloor.

These are small differences, but such details can have a big impact on the car’s performance.