Foundational or worrying? How to judge F1's 2021 question mark - The Race
Skip to content
Formula 1

Foundational or worrying? How to judge F1’s 2021 question mark

Fifth place in the constructors was actually a slightly flattering position for the rebranded Enstone team, given that its car was rarely as quick as the AlphaTauri.

But it did win a grand prix for the first time since its Lotus days in 2013 and it did provide the platform for a successful Fernando Alonso F1 comeback.

Should this be considered a holding season while the foundations for real success are put in place – a very familiar refrain from the team over the years – or a worrying under-performance for an automotive team? Only hindsight will give us that answer. 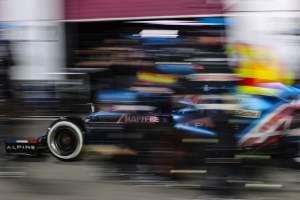 But there are extenuating circumstances the team can cite. The regulation extension of existing chassis for ’21 meant that the team was still running what was essentially the 2019 Renault.

Similarly, the planned all-new power unit from its Viry base was always earmarked for 2022 and the existing unit received only cursory development.

The management of the team was thrown into disarray before the season began when team principal Cyril Abiteboul turned down the promotion offered by new boss Laurent Rossi (Alpine CEO) and opted to leave the company instead.

This came in the wake of the recruitment of former MotoGP man Davide Brivio as racing director. Marcin Budkowski stayed on as executive director and it was he who was effectively running the team, though the structure was not a clear one.

“The trackside team has proven very, very good at management of the tyres, the strategy, the racing, interaction of the drivers, so lots of positives to take and lots of positives that are also not visible yet, in the factory, in terms of how we are developing next year’s car, which is full of new technology and new stuff.

“We would have liked to make a bit more progress this year, but equally we have done it for a reason and it’s because we have focused for a while now on next year and hopefully that pays off.” 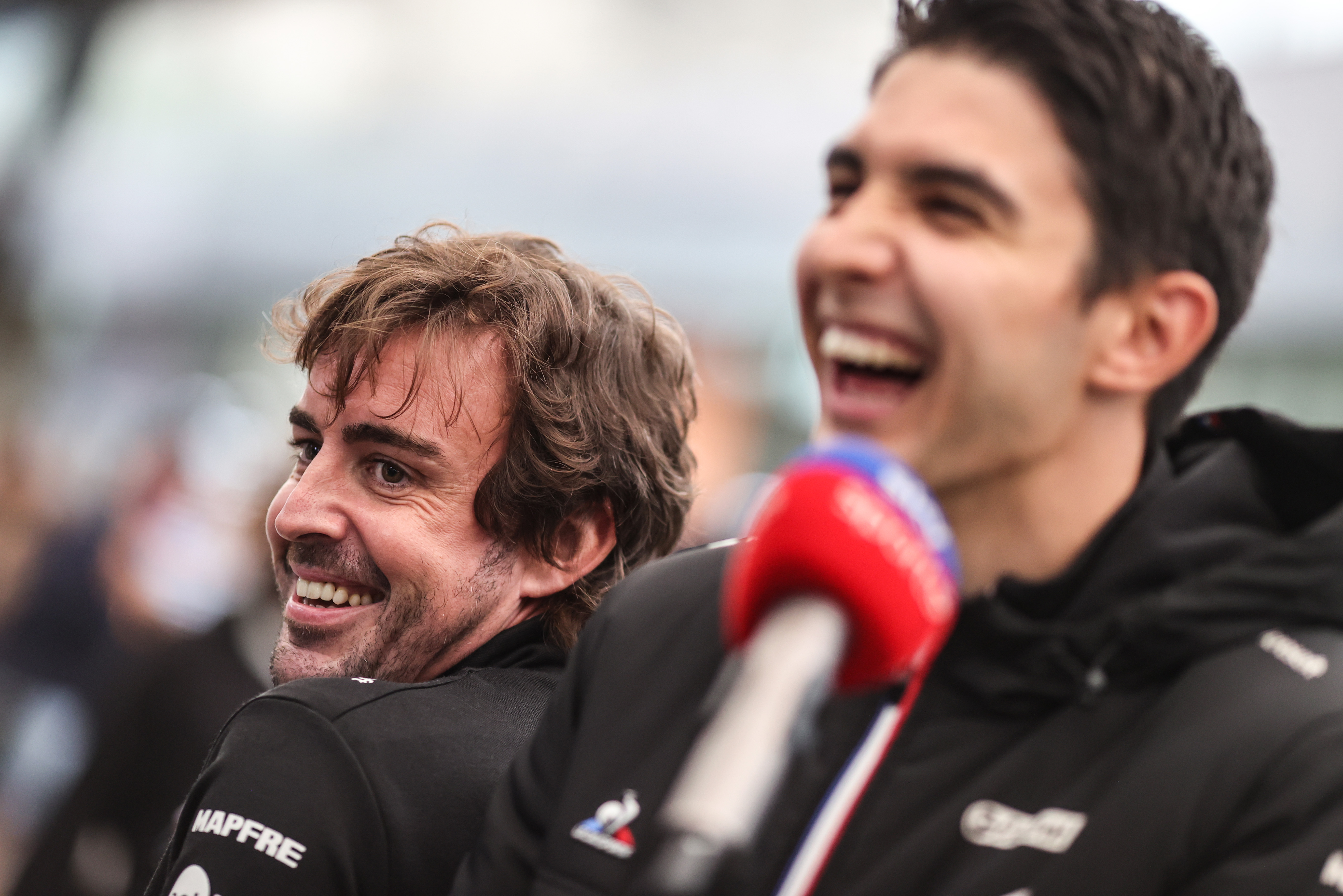 Pat Fry and Dirk de Beer oversaw the conversion of the car from Renault RS20 to Alpine A521. Aside from the regulation changes to floor and diffuser, it differed in the lifting of the rear suspension wishbones (to clear a better airflow path around the diffuser) and the re-routing of some of the radiator cooling from the sidepods to up beneath the engine cover (hence the bulky cover).

Combined, it enhanced the aerodynamic potential of the car but at some cost to centre of gravity height.

Although the power unit wasn’t changed extensively, the Viry base was completely redeveloped with new equipment and a major extension of the site. The development of the new-for-2022 power unit – expected to be of split-turbo architecture – was ongoing here. 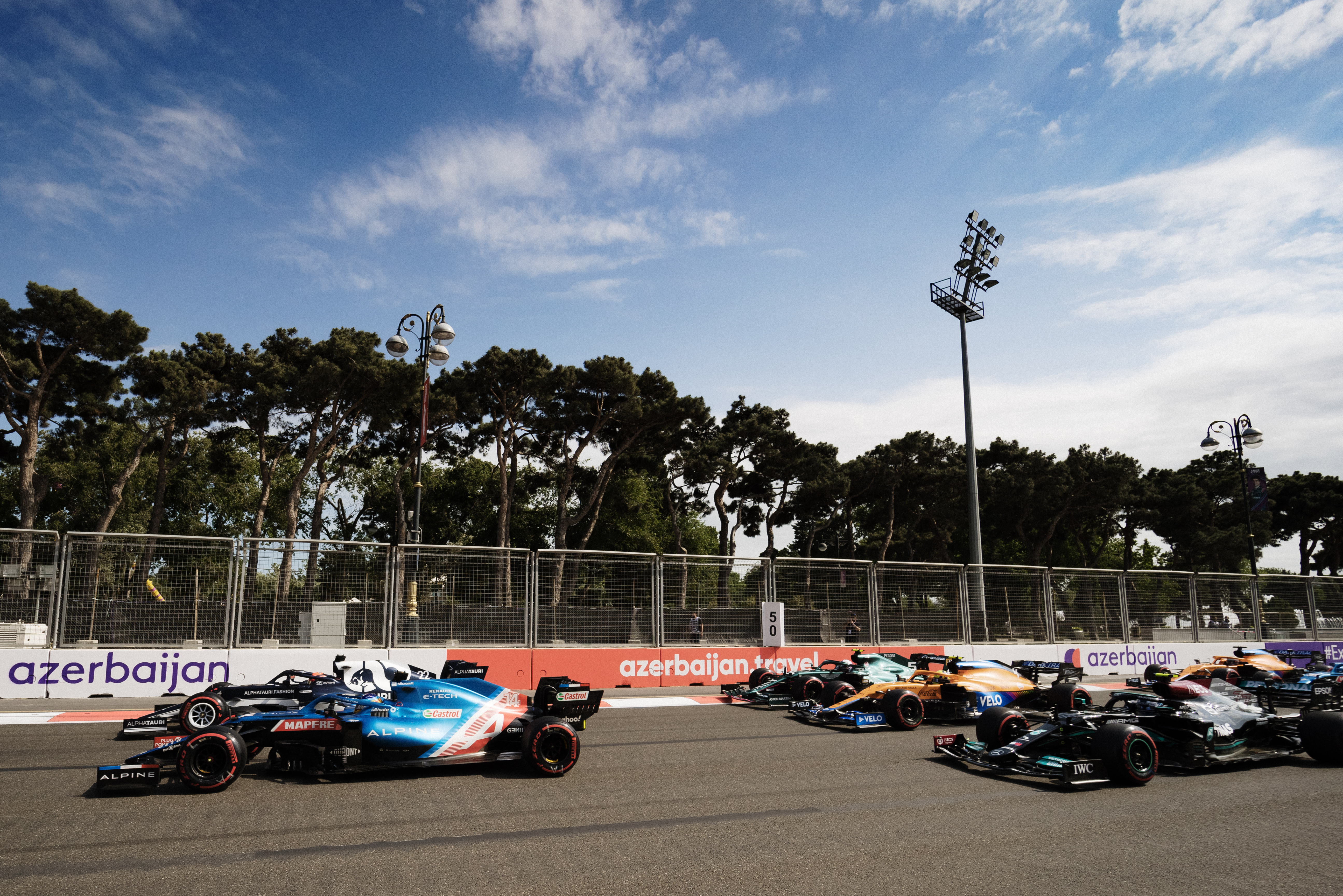 There was no clear performance pattern to the car other than that it seemed slightly more competitive in slow corners than fast.

There were weekends – such as Portugal, Baku, Istanbul and Qatar – where it was vying for best of the rest along with Ferrari and McLaren or even ahead. But more usually it was in a no-man’s land, barely faster than the compromised Aston Martin. 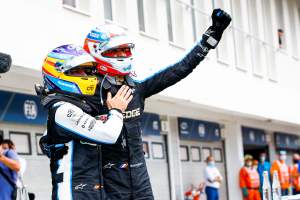 Operationally the team remained sharp and its driver pairing was a strong one. The first real signs of Alonso at his opportunistic best came in the short final restarted race at Baku where he pounced on Sainz and Tsunoda in quick succession for sixth place.

His performance in the opening lap of the Silverstone sprint race took him from 11th to fifth within the first few corners. But the team’s highlight came one race later with Alonso engaging a recovering Hamilton in battle for 11 laps was absolutely crucial in keeping the Mercedes off the back of victorious team-mate Esteban Ocon.

It was a win based on the opportunity provided by Valtteri Bottas’ first corner misjudgement putting the four fastest cars out of contention. But once in that position, both team and drivers were surefooted and calm.

But it was a tough fact that the car provided to them wasn’t really good enough for a team of Alpine’s aspirations.