Formula 1 is proposing to race in a country whose intelligence agents murdered a journalist, Jamal Khashoggi, two years ago. In the now-infamous case, Khashoggi – who had criticised in writing the rulers of the Saudi kingdom in which he was born – was murdered at the Saudi consulate in Istanbul, to which he’d been lured to collect the papers required for his imminent marriage.

A Turkish investigation established that upon entering the building he had been immediately ambushed, suffocated and dismembered, his various body parts placed in bin liners and disposed of. His final moments of struggle are captured on audio recordings.

The intelligence agencies of many nation states have committed hits over the years on various geopolitical opponents – most recently the assassination of Iran’s commander of forces Qasem Soleimani by US forces in January of this year. But the murder of a journalist strikes at the very heart of human rights.

The United Nations preamble to the Universal Declaration of Human Rights states: “Recognition of the inherent dignity and of the equal and inalienable rights of all members of the human family is the foundation of freedom, justice and peace in the world.

“Whereas disregard and contempt for human rights have resulted in barbarous acts which have outraged the conscience of mankind, and the advent of a world in which human beings shall enjoy freedom of speech and belief and freedom from fear and want has been proclaimed as the highest aspiration of the common people.

“Whereas it is essential, if man is not to be compelled to have recourse, as a last resort, to rebellion against tyranny and oppression, that human rights should be protected by the rule of law, as moral norms or moral standards which are understood as inalienable fundamental rights of every human person.

Sport and politics should never go together, say some. Sport should remain neutral. Sport should be a unifying force, bringing people together. Putting aside for one moment whether upholding human rights should even be seen as ‘political’, the problem with the ‘sport should be neutral’ stance is that high-prestige global sports can and have been used to lend an air of legitimacy to regimes which deny their own citizens basic human rights.

In such cases, the sport – in declaring itself neutral – becomes a political football, becomes a tool for the further oppression of those citizens. It is impossible for F1 not to be political. The very act of attempting to be neutral is itself political because of the certain pre-knowledge of how that neutrality will be used.

But F1 – as part of a sport – is in no way qualified to make judgement calls on which countries do and do not have an acceptable human rights record – and indeed of what constitutes acceptable. One might imagine that the brazen murder of a journalist for the ‘crime’ of being critical in print would come under the ‘unacceptable’ tag, but it’s a far more complex subject than just that for a global sport that is forever looking for new areas to expand into as the commercial imperative demands. 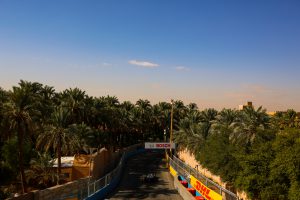 The obvious way around this lack of expertise or authority in the subject matter would be for the FIA to include in its statutes a commitment not to have rounds of any of its championships in regimes with an officially-recognised human rights index below/above a certain number or below a certain position in one of the several human rights league tables.

The Global Economy rankings, for example, list the 176 countries of the world by human rights records between 2007 and 2019 here.

There are many of these third-party indexes and the league tables each produce show a broadly similar ranking. There is currently a campaign to have the UN itself publish its own such table as a definitive one.

But the broad principle of aligning the FIA statutes with a third-party human rights indexing system could preclude F1 from having to be some sort of moral barometer. It would be a simple yes/no once the terms have been defined. In this way also, the sport would not appear to be openly hostile to regimes seeking to host F1 but which didn’t meet the FIA’s requirement on human rights performance.

In that way F1 would actually be putting a spotlight on those regimes under-performing in the human rights stakes, without actually having to make any judgement calls it’s ill-qualified to make. It also instantly invalidates the neutralising question of, “Where do you stop? No countries are fully clean.” It would instantly nullify the inevitable ‘whataboutery’ the subject of sport and politics always creates.

In an era when the events and wrong-doing in the world are more visible and widely-disseminated than ever before, F1 could be seen to be making a worthwhile positive effect to making that world a more humane and just one.

Once that came into effect, how long would it be before FIFA, for example, is asked: “why aren’t you adopting the human rights approach of F1?” The pressure would be very much on all regimes to clean up their human rights acts. In that way, sport really would be contributing to bringing people together.

52 mins ago IndyCar,Touring Car No Comments