Formula 1 is prepared to reschedule its Styrian Grand Prix support race schedule and run qualifying on Sunday morning but says there is still a chance of it being held on Saturday afternoon as planned.

Qualifying was due to start at 15.00 local time and the weather cleared for a period beforehand, only for heavy rain to return just before the scheduled start time and prompt an indefinite delay.

Red Bull team principal Christian Horner told Sky Sports F1 his squad’s weather radar was “lit up like a Christmas tree at the moment” with rain.

“It doesn’t look like there’s lots of gaps in it,” he added. “It could be here for a little while.”

As The Race previously reported, should the weather prevent qualifying from happening during Saturday afternoon the back-up plan is to hold it on Sunday morning.

If the bad weather continues and that is not possible, Friday’s second practice session will set the grid for the Styrian Grand Prix.

However, F1 managing director of motorsport Ross Brawn said hope of running qualifying as normal later on Saturday is not lost, and if that does not happen then Sunday morning looks very likely. A 10am local time slot is anticipated. 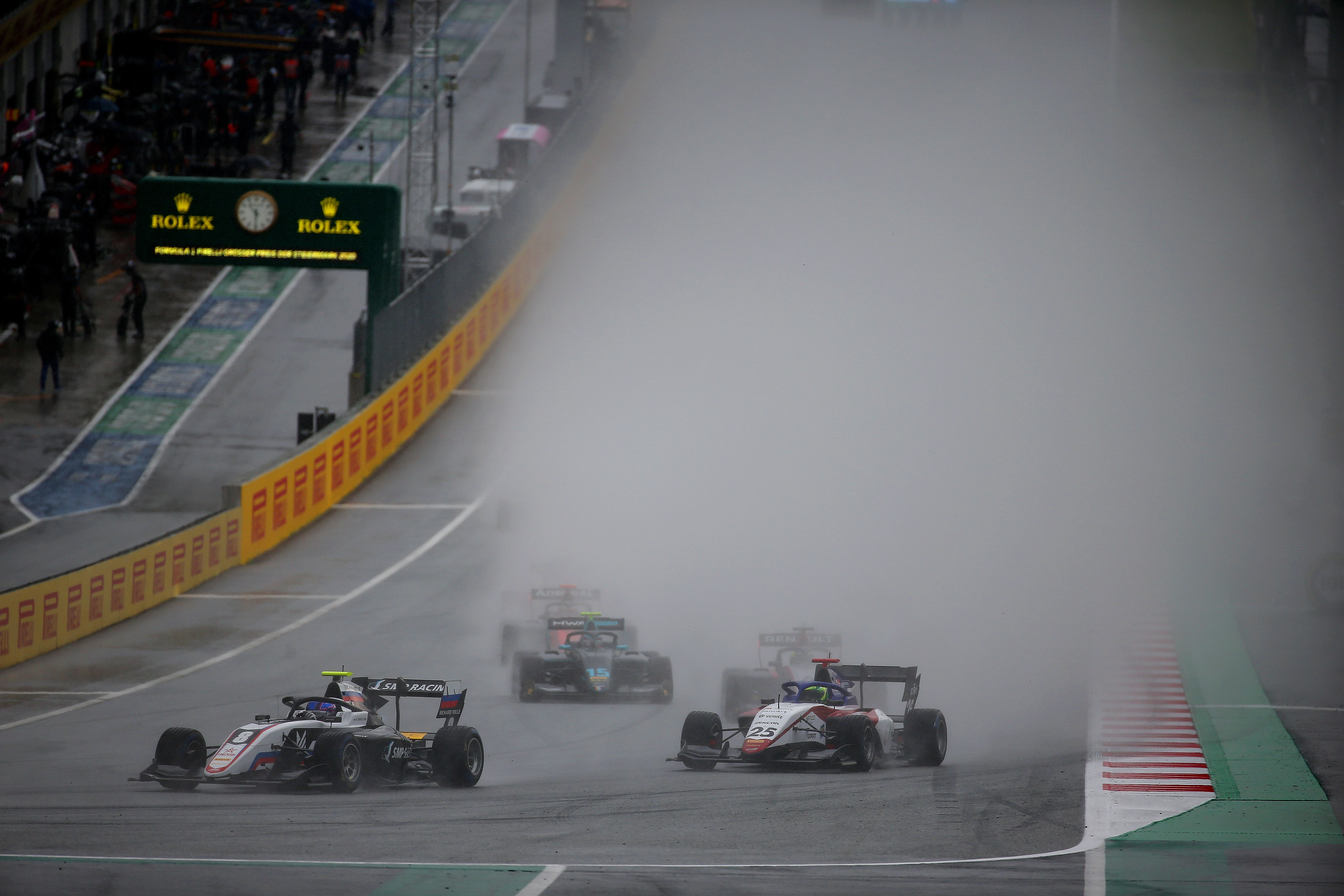 “This is a big front coming through and moving slowly but predictably,” he told Sky Sports F1.

“There’s a chance maybe at the end of today we’ll get some running but certainly tomorrow looks fine.”

As well as the F3 race being red-flagged, Formula 2’s feature race is unlikely to be held on Saturday if F1 qualifying cannot go ahead.

Sunday morning would normally feature the F3 and F2 reversed-grid races, as well as the Porsche Supercup.

“I don’t think it’s realistic that we are going to run today” :: Toto Wolff

“We’ve got a schedule tomorrow which means we only lose the Formula 2 sprint race and one of the Porsche races.

“So we think tomorrow we can fit everything in, so there will be qualifying in the morning.

“If we can’t do that then as you know the FP2 times become relevant, but I hope we don’t need to do that and I think we’ll have qualifying in the morning.” 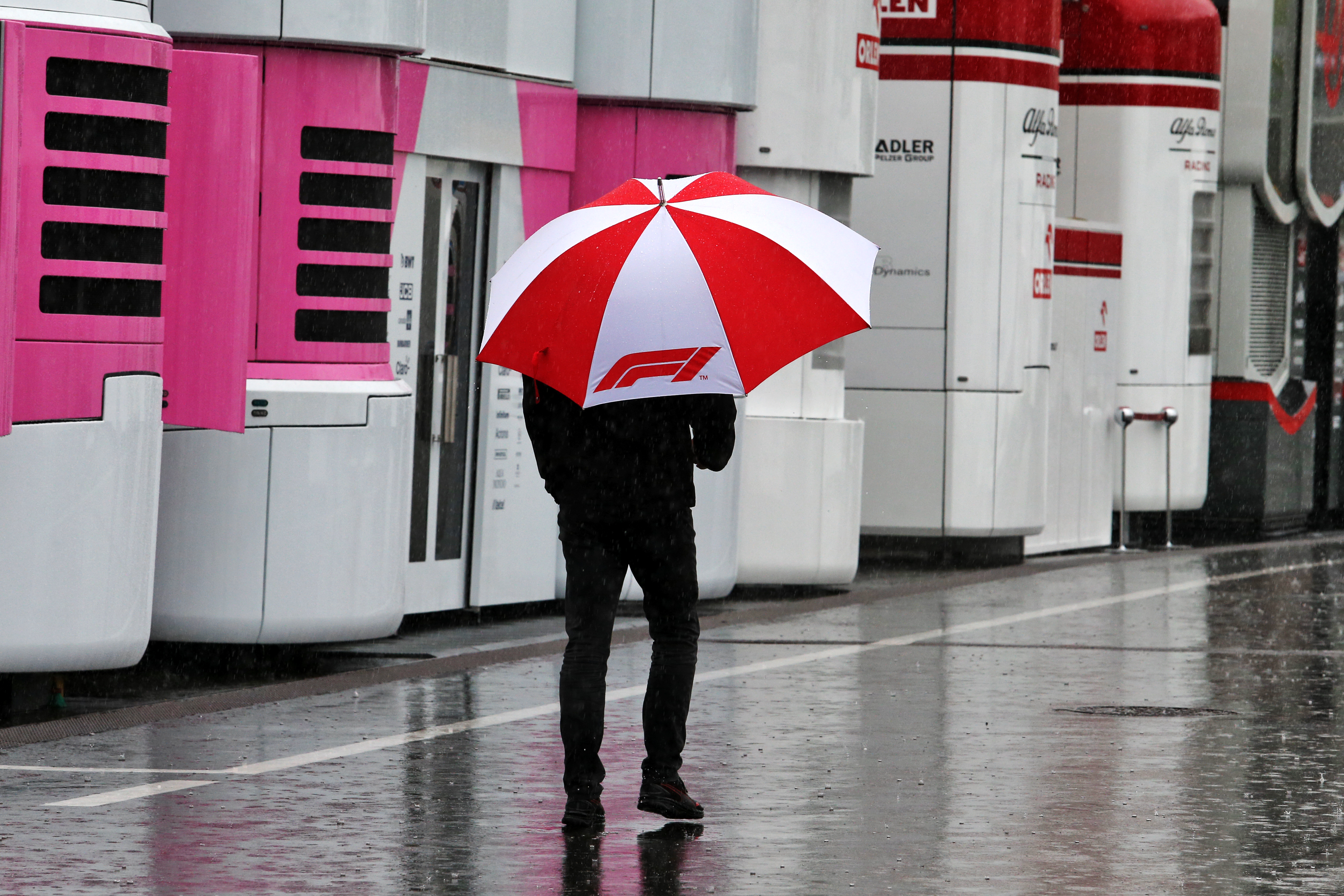 FIA race director Michael Masi said the current plan was to wait until qualifying’s scheduled start time then assess the situation on a rolling basis.

“If the weather conditions are similar to now we will delay the start of qualifying and just continue to evaluate as time goes on,” he said.

“The likelihood is, from what we are seeing forecast wise, it will continue but we just need to make a judgement as the day progresses.”

“What we hear is that it should get a little bit better for qualifying but looking at that torrential rain I don’t think it’s realistic that we are going to run today,” he said.

“We need to hope that it can go ahead at three o’clock. And if not I guess we are going to have a session tomorrow morning.” 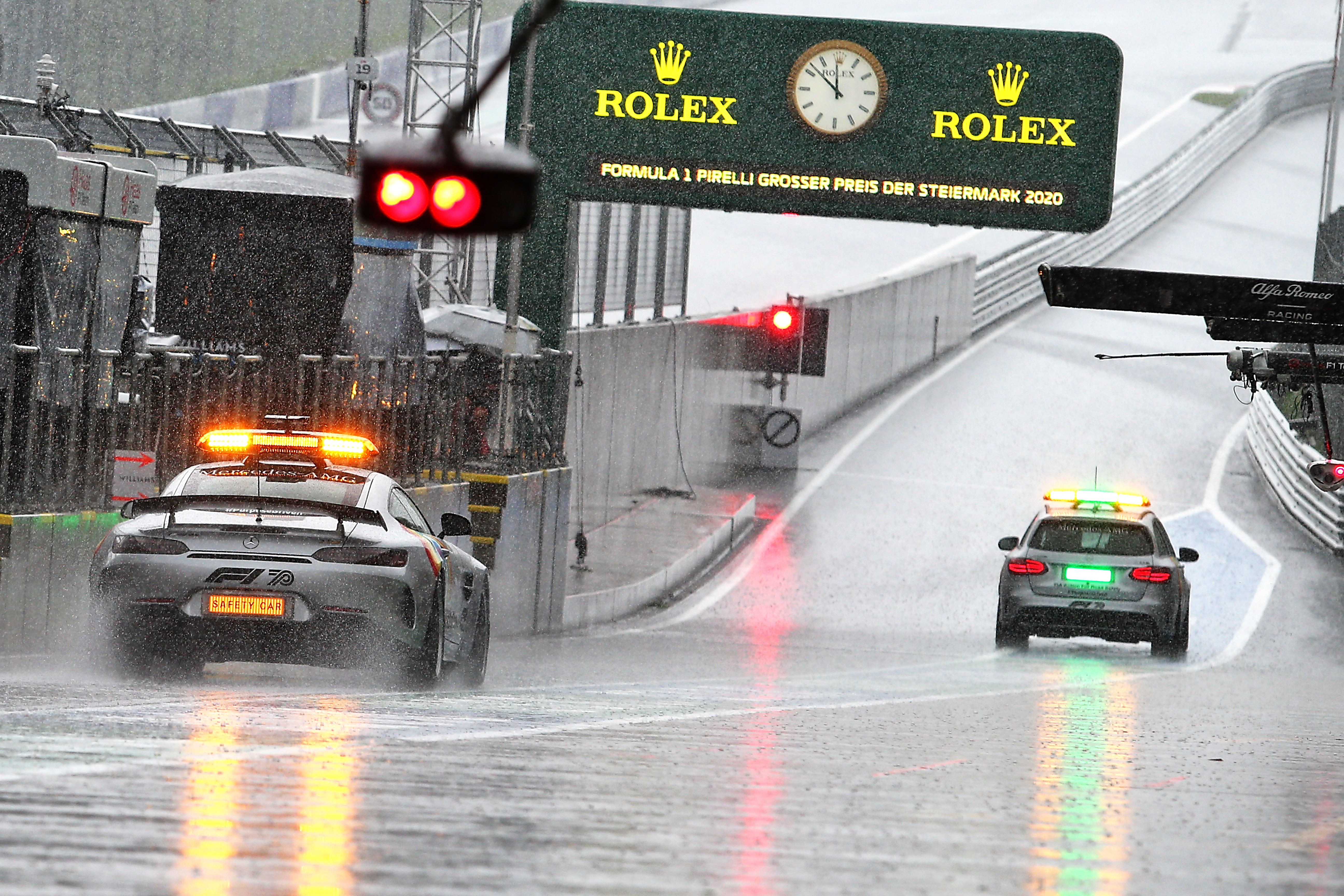 Masi added that the FIA had a “great deal of information” it would take into account, including forecasters and an on-site meteorologist, plus feedback from safety car and medical car drivers Bernd Maylander and Alan van der Merwe. He also promised to “listen to the drivers’ feedback” if the session did begin in uncertain conditions.

In addition to on-track conditions, Masi underlined that medical provisions were a key consideration.

“At the moment our primary receiving hospital is an hour away, or an hour and a half away in Graz,” he explained.

“And the medical helicopter because of the cloud that’s coming in can’t fly at the moment.

“With the medical helicopter unable to take off, that’s another factor into the equation and we wouldn’t start any session without that possibility at this venue.” 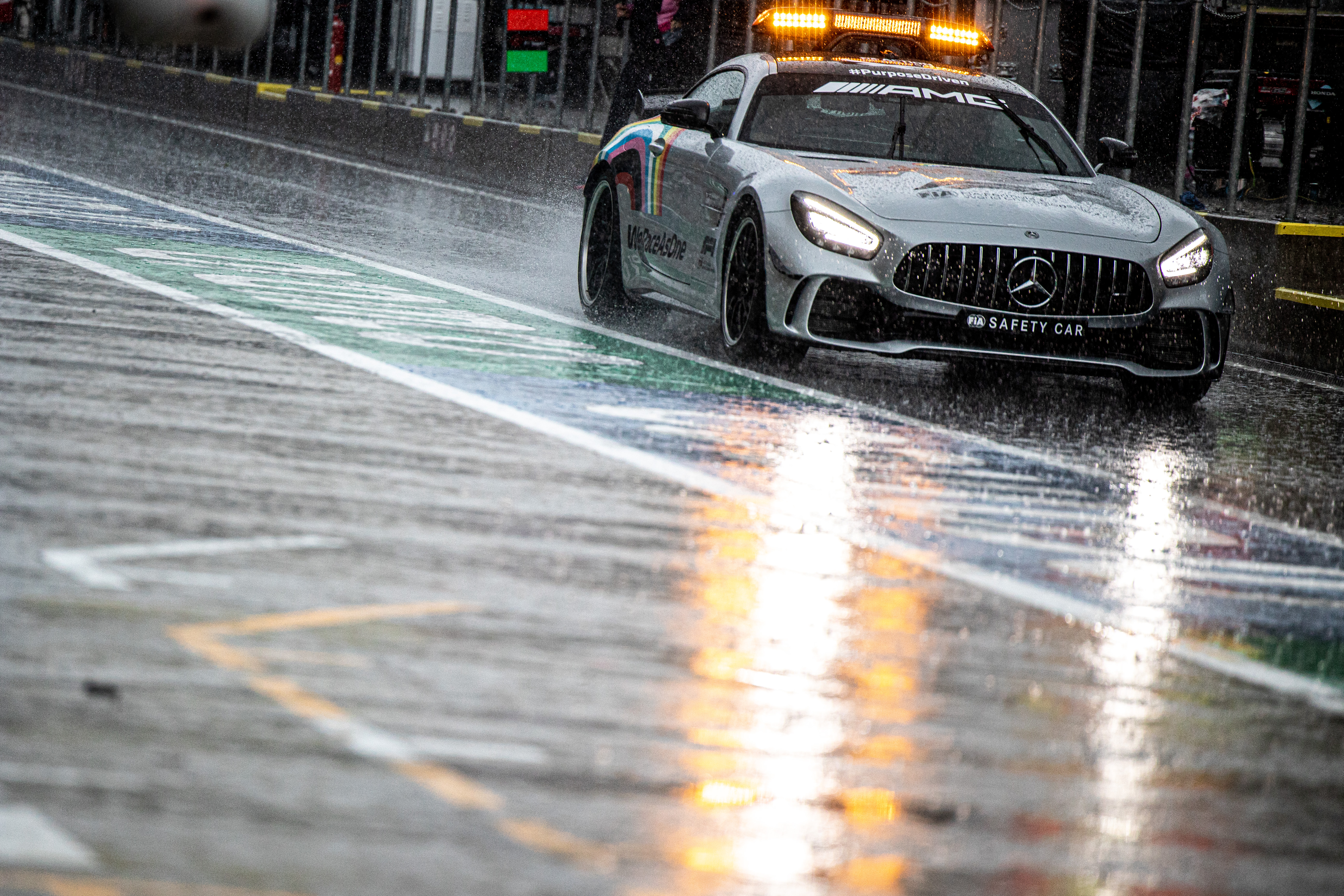