Formula 1’s Australian Grand Prix has been cancelled for a second year running due to the ongoing coronavirus pandemic.

The event had already been moved back from March to a November date, but with continuing international travel restrictions in Australia an early decision has been taken to call off both the F1 race in Melbourne and MotoGP’s Australian GP at Phillip Island. 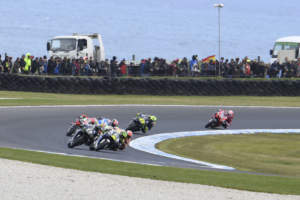 “We appreciate the challenge Australia faces with current international travel restrictions and the importance of vaccinations.

“I would like to reassure our motivated and professional staff, suppliers and partners, as well as the Victorian tourism and major events community that we will work tirelessly to deliver these iconic events in 2022.”

F1 remains determined to pull off a 23-race calendar in 2021 and had already needed to reshape the second half of its schedule following the recent cancellation of the Singapore GP. The Turkish GP was brought back onto the calendar in that instance.

An additional race at American venue Austin was among the possibilities being considered if further events were lost.

“While it is disappointing we won’t be racing in Australia this season, we are confident we can deliver a 23-race season in 2021 and we have a number of options to take forward to replace the place left vacant by the Australian Grand Prix,” said F1 CEO Stefano Domenicali.

“We will be working through the details of those options in the coming weeks and will provide further updates once those discussions are concluded.”

Last year F1 travelled to Melbourne preparing to open its season with the Australian GP only for the event to be cancelled before cars had taken to the track as the pandemic took hold across the world.