This year’s Formula 1 game, F1 22, is the first one to have had a significant influence from EA since they bought Codemasters in early 2021.

That change is noticeable as whilst F1 22 bears a large resemblance to F1 2021, equally it is also a sharp deviation from the previous entries in the series in many ways.

F1 Life is the most obvious example of this, least of all because it is used as the background of the main menu and the tab for it is ahead of every other one including the career and multiplayer ones.

Whilst not totally new to the racing game genre, F1 Life is an all-new mode for Formula 1 games with players able to dress up their driver in casual wear and decorate their apartment which then acts as a hub for multiplayer.

That also means that not everything you unlock via the podium pass is racing gear such as car liveries and race suits to use for career mode since F1 Life items are also rewards from it.

Exactly as was the case in F1 2021, all items are obtained through either the podium pass or the item shop using pitcoin. So whilst there is a greater variety of items that the game encourages you to spend money on, there’s no obligation to use any real money and the approach to monetisation for F1 22 is identical to how it was in last year’s game.

F1 Life is not a groundbreaking new feature to racing games as Test Drive Unlimited 2 – released over a decade ago – allowed players to walk around the houses they purchased. In F1 22 though you’re only confined to a handful of fixed camera angles each designed to house one of the supercars. 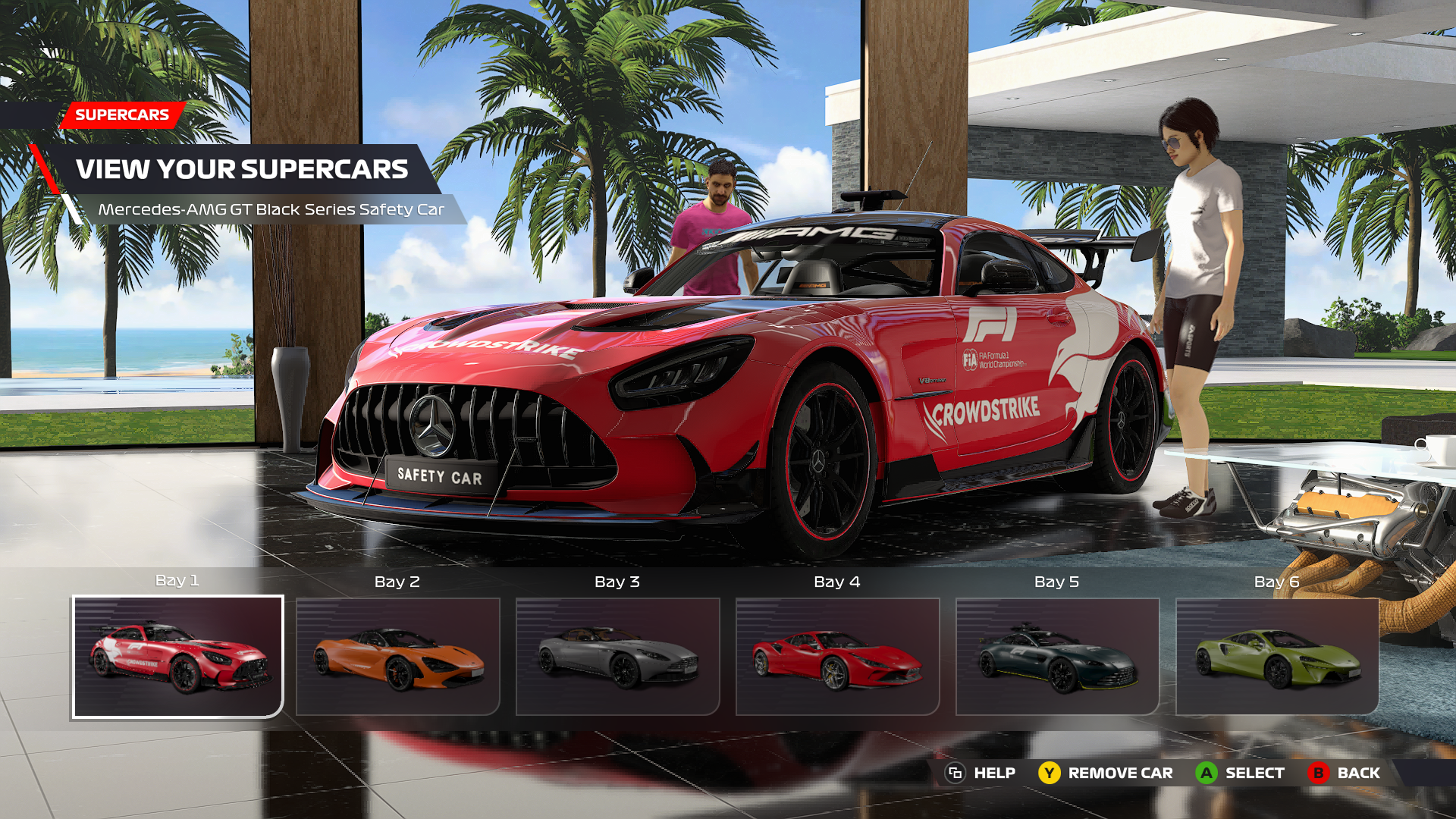 The eight models of supercar, 10 if you include the two safety cars that come with the champions edition of F1 22, are de facto replacements for the classic F1 cars which were last seen in F1 2020. That’s because they are integrated into career mode in the same way the classic cars were through optional events.

Event types used for these Pirelli Hot Laps events include the returning checkpoint challenge and time attacks along with the all-new drift, average speed zone, rival duel and autocross events. These are fun distractions, particularly the drifting and slalom-based autocross challenges which are unlike anything else in the game. 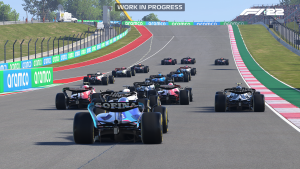 Those Pirelli Hot Laps events are also replayable at any time outside of career mode as well just in case you don’t achieve the gold medal score the first time. There are also far more Pirelli Hot Laps events than there were invitational events in F1 2020. Despite the greater number though the appeal of those side-events isn’t going to last long given how brief each one is.

The Pirelli Hot Laps events are completely optional and there isn’t a huge incentive to engage with them in career mode since they reward players with a nominal amount of acclaim and money. So for players who don’t see the point or appeal in driving supercars in what is primarily a Formula 1 game, their inclusion is sort of a non-factor.

What’s more frustrating is that the supercars are only confined to those tailor-made events, time trial and as decorations in F1 Life. They can’t be raced against each other in grand prix mode like you could with the classic cars in F1 2020. The closest you get to that are the rival duel challenges which are races against one other AI driver in an identical car around a section of a circuit.

Also, whilst this is to be expected to some extent, the handling of the supercars is far from perfect. It is much more simulation focused than Codemasters’ GRID games, but equally, it doesn’t hold a candle to other console racing games featuring those same cars including Gran Turismo 7. 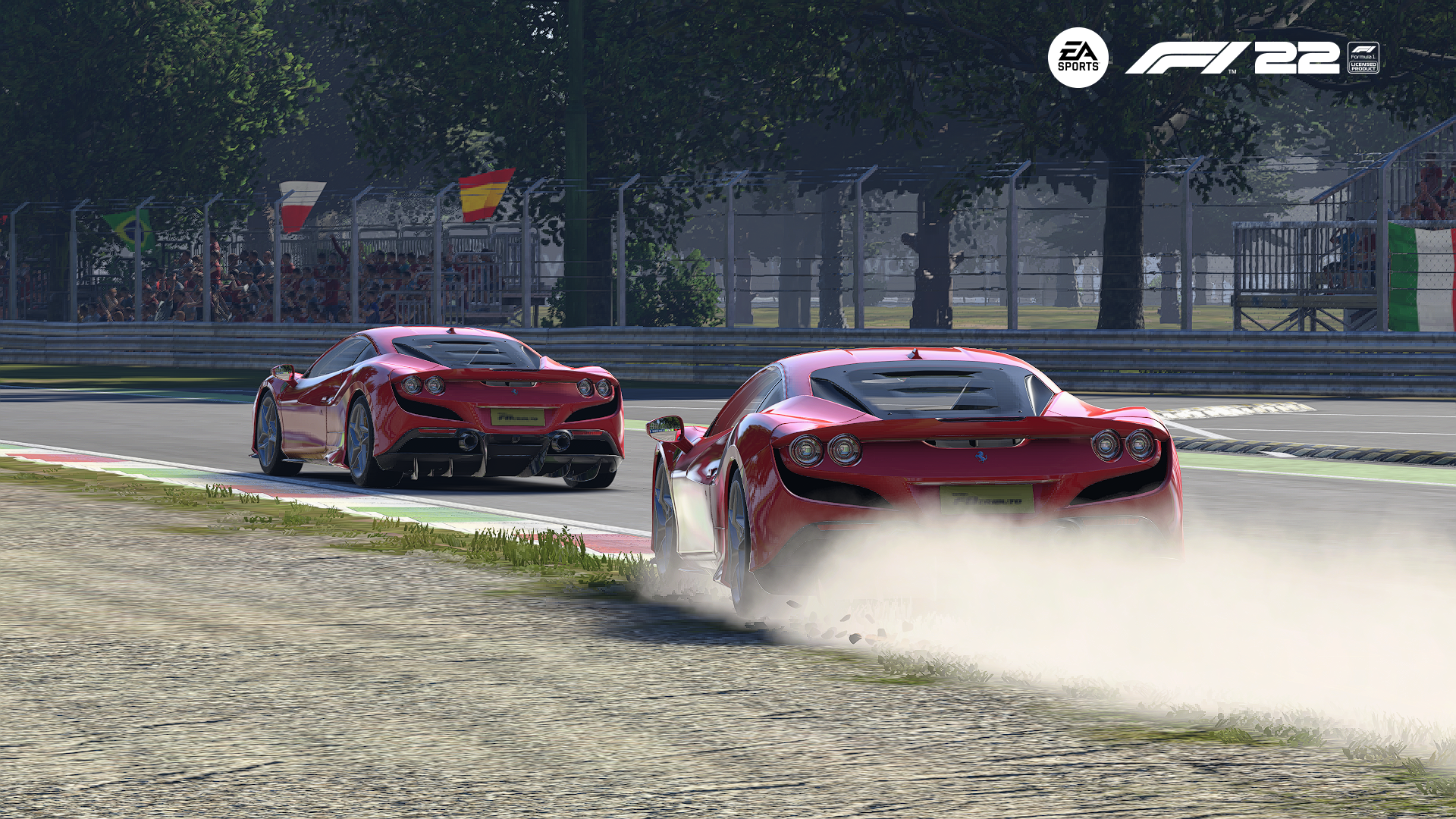 The chief difference is that the loss and recovery of grip when cornering is far more gradual in GT7 whereas in F1 22 it’s almost binary. You either have plenty of traction, or the car is either squealing its tyres whilst understeering or sliding at the rear and there’s no real gradation to it.

None of this is to say that the F1 side of F1 22 has been abandoned or even been left unchanged compared, partly because the game has had to include the new generation of F1 cars. That means there are distinct handling changes as to be expected, and now grounding out over sausage kerbs is a consideration and means you can’t take as many liberties with track limits as you could in last year’s game.

Along with the new ground effect cars, the game has the up to date track layout changes for Australia, Spain and Abu Dhabi along with the all-new Miami circuit. The sprint race weekend format has also been included for the first time in an F1 game and you can have sprint races at any venue in grand prix mode. 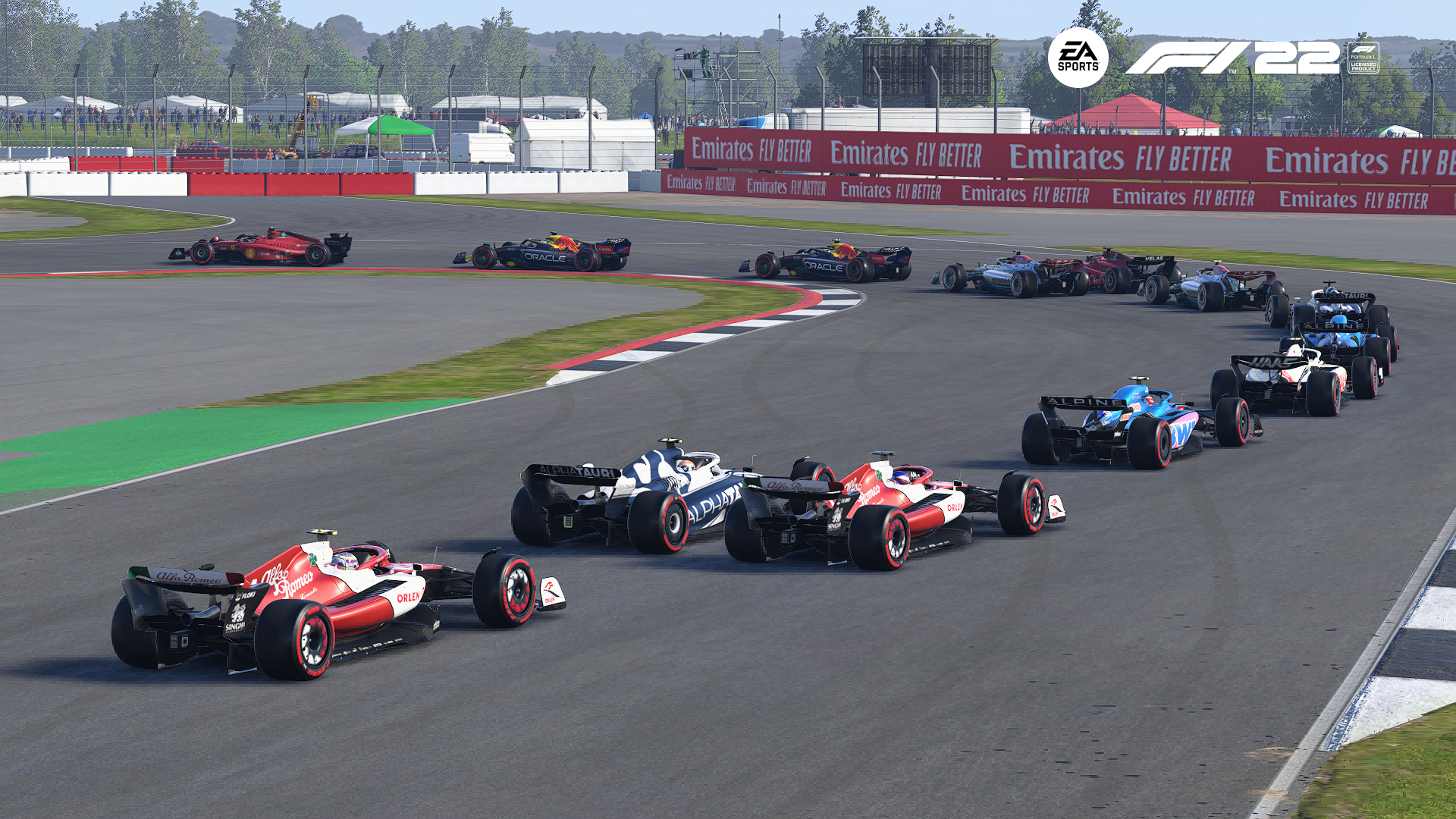 Driver and my team career modes remain largely unchanged from how they were in F1 2021, although there are some improvements and new inclusions.

You can also choose to have an Icon from the start of your my team career mode thanks to the three starting options labelled newcomer, challenger, and frontrunner.

Those affect your starting budget, the level of your facilities and how quick your car is from the outset. Meaning you can now skip over the phase of building your team up from the back of the grid and start with a top driver and a race-winning car if you want. 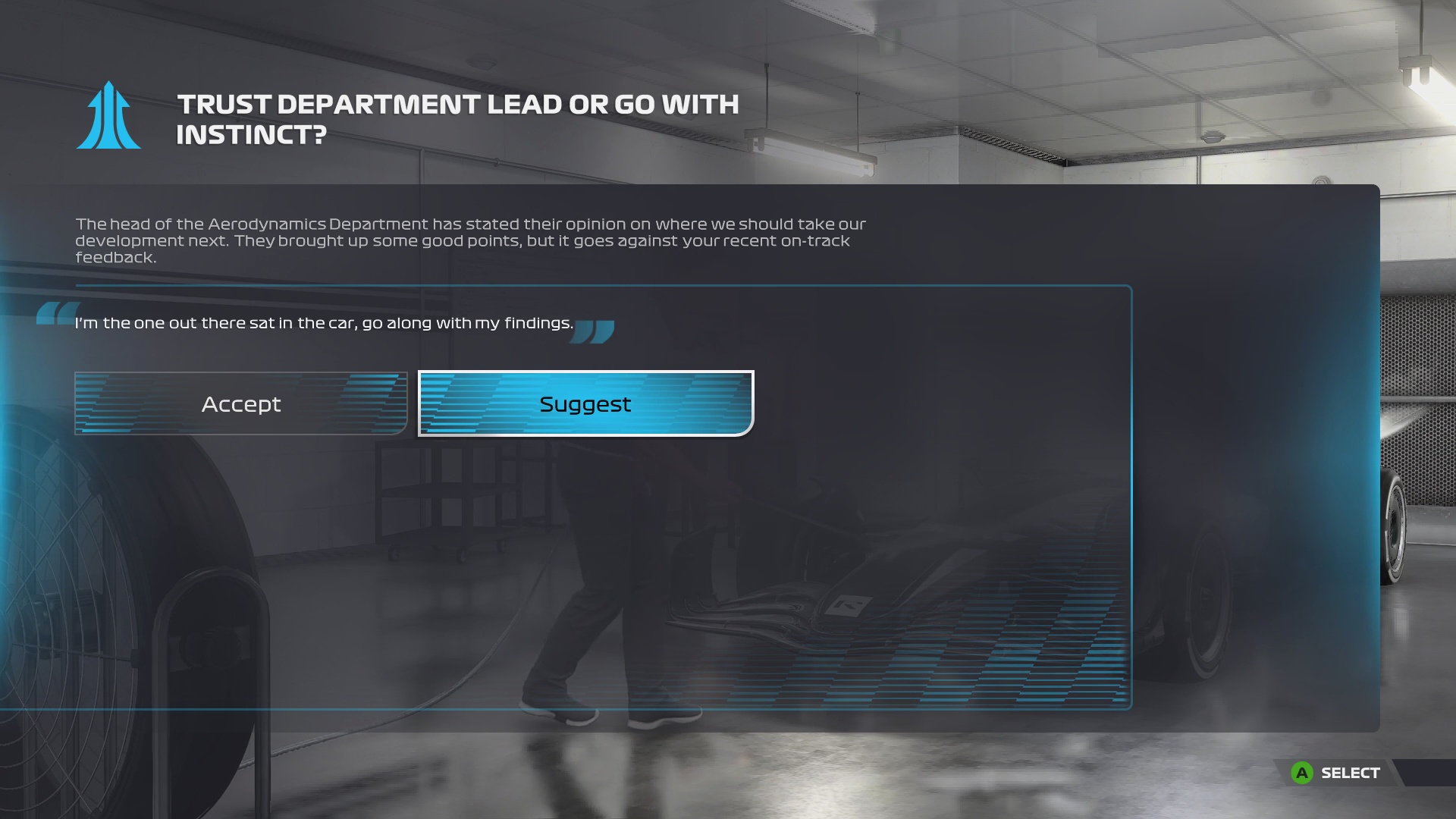 One feature that was mentioned ahead of launch was the revised department events which present players with a certain scenario and give you a number of options to pick from.

What’s different for F1 22 though is that not all of the options have their consequences explicitly stated and so you just have to go with your best judgement before finding out sometime later – usually after the next race – what effect your decision had.

There was also one that was framed as an interview with three different answers you could give and again it wasn’t clear which option was best and what the consequences were. So you could unwittingly lower a department’s morale which makes the department events harder to use to your benefit, but essentially they function exactly the same way as before.

There are still some department events where the effects are stated ahead of time and only the new ones have their consequences obscured.

Immersive and broadcast options for formation laps, safety car periods and pit stops are also new inclusions for F1 22. The immersive formation lap just adds the requirement to park up in your grid slot and the immersive pit stops only one more timed button press than before, albeit one which can impact the length of your stops.

By contrast, the broadcast options take control away from the player and lean into the FOM TV broadcast style and often feature commentary lines while the action plays out for you. That commentary can come from either Sky Sports’ David Croft or Channel 4’s Alex Jacques with other big names lending their voices for some of the other language options. 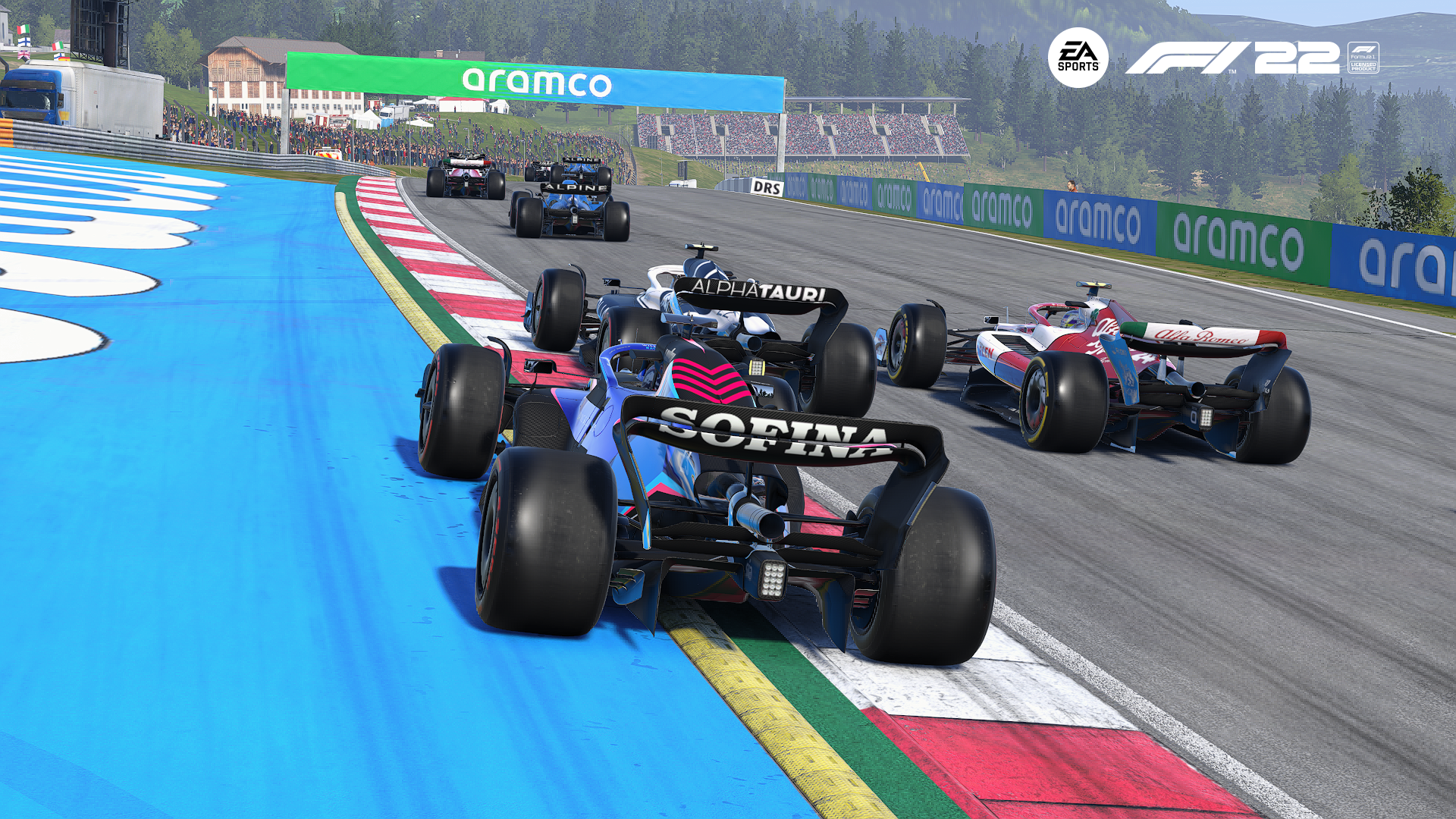 A notable returning feature for the grand prix mode is the ability to race using equal performance cars, meaning the only differentiator is the in-game ratings of each driver. Also available along with the equal cars option is the ability to race using your my team career car with a free choice of any icon or Formula 2 driver. These features were added post-launch into F1 2021 but are here from the outset in F1 22.

On the horizon for this year’s game though is cross-play multiplayer which means, for the first time in an F1 game, players across different platforms will be able to race against each other online. This was originally touted to be in the game at launch but has been delayed to some time in the future.

In the game from launch however is virtual reality, albeit a feature that’s exclusive to the PC version.

For those who are able to play it then they’ll likely see the inclusion of VR as a game-changer but it’s only available to players on one platform who also own a compatible headset.

What makes F1 22 a slightly complicated game to draw a conclusion on is that it really depends on what you compare it to. When reviewing a game you inevitably compare it to its predecessor to see what newest release does better or worse than what came before it. 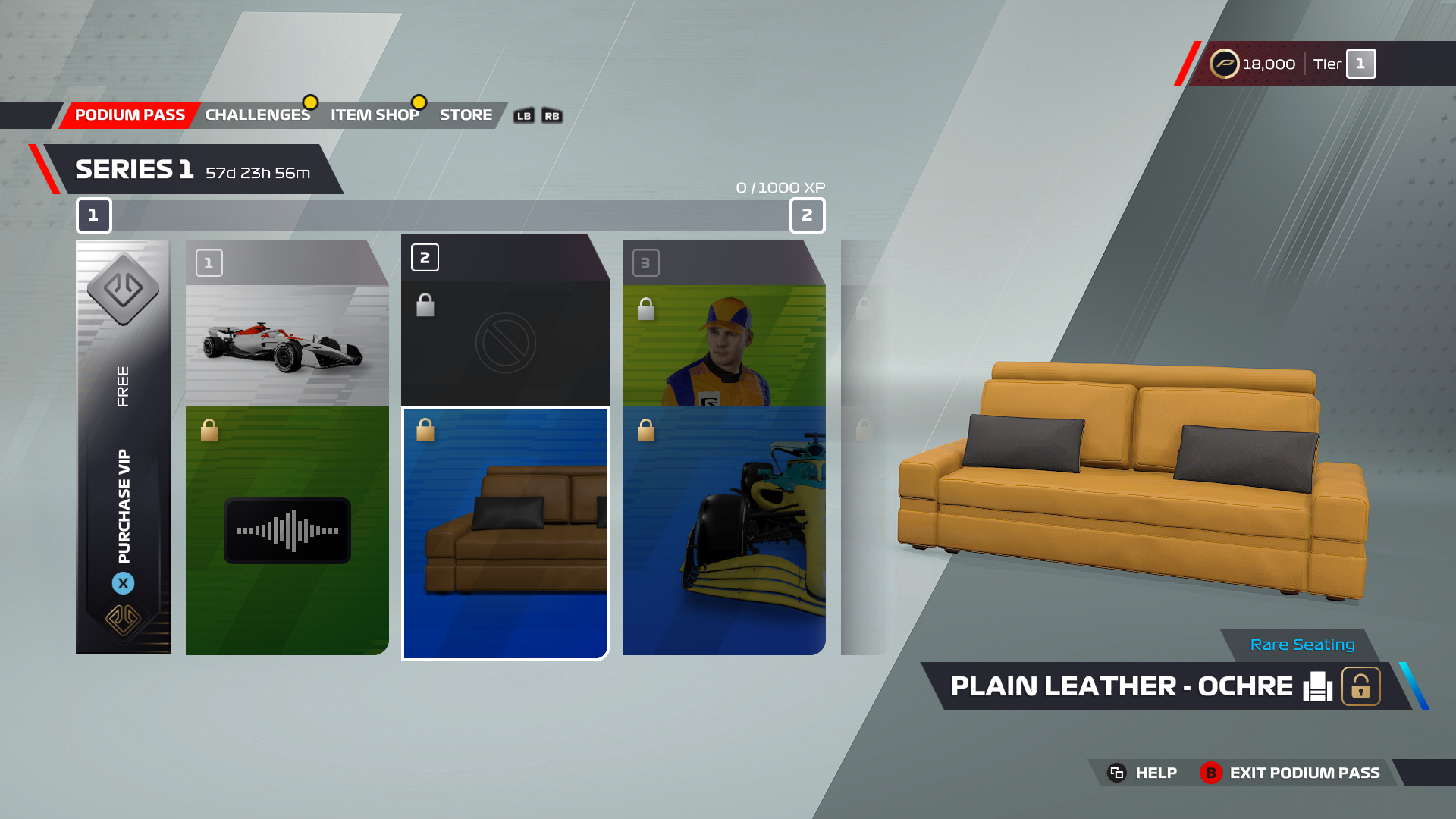 Compared to F1 2021, this year’s game is an improvement unless you are very disappointed about the lack of a story mode in F1 22. However a number of the additions lend themselves to comparing F1 22 to other games, and when you do that then a lot of the shine is taken off of this year’s F1 game.

EA’s and Codemasters’ priorities clearly lay with the much marketed F1 Life section of the game and other, less requested features. The excitement they tried to stoke up with the unveiling of the licensed soundtrack wasn’t reciprocated by fans of the F1 games and it’s quite telling about how different the direction EA is moving the F1 games is to where fans would like the series to go.

For the first time in the series' history, F1® 22 will feature a hand-picked playlist from the world of EDM ⚡

If you liked F1 2021 irrespective of its story mode, then you will almost certainly like F1 22 as well. But if F1 2021 felt like too much of a sideways or even backwards step compared to its predecessors, then there’s not much to get you excited about this year’s title either.