Explained: The fast-tracked Aston Martin floor only Stroll has - The Race
Skip to content
Formula 1

Explained: The fast-tracked Aston Martin floor only Stroll has

Sebastian Vettel’s first appearance in Q3 as an Aston Martin Formula 1 driver came despite lacking the floor upgrade run only on team-mate Lance Stroll’s car that is hoped confers a significant lap time gain – something Gary Anderson isn’t so sure about.

Vettel has had a difficult start to the season with 13th at Imola his best qualifying performance in the first two races but will start Sunday’s Portuguese Grand Prix from 10th place. He said he was more confident in the car than he has been previously, although wasn’t entirely happy with his Q3 lap. 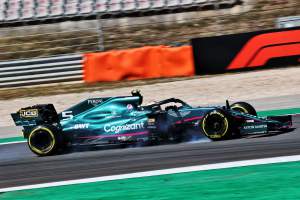 Aston Martin had originally expected to deploy the modified floor at next weekend’s Spanish Grand Prix, but fast-track it to run on one car. Vettel is also expected to have the new specification next weekend in Spain.

“Obviously, he felt a lot more comfortable straight away with the car compared to me, so I think it was logical,” said Vettel of the decision to give Stroll the floor.

“We have a big split between the cars now in terms of qualifying positions, just the other way around, like last races [when Stroll was in Q3 on both occasions]. Ideally, we have them closer together to also work a bit more together in the race. 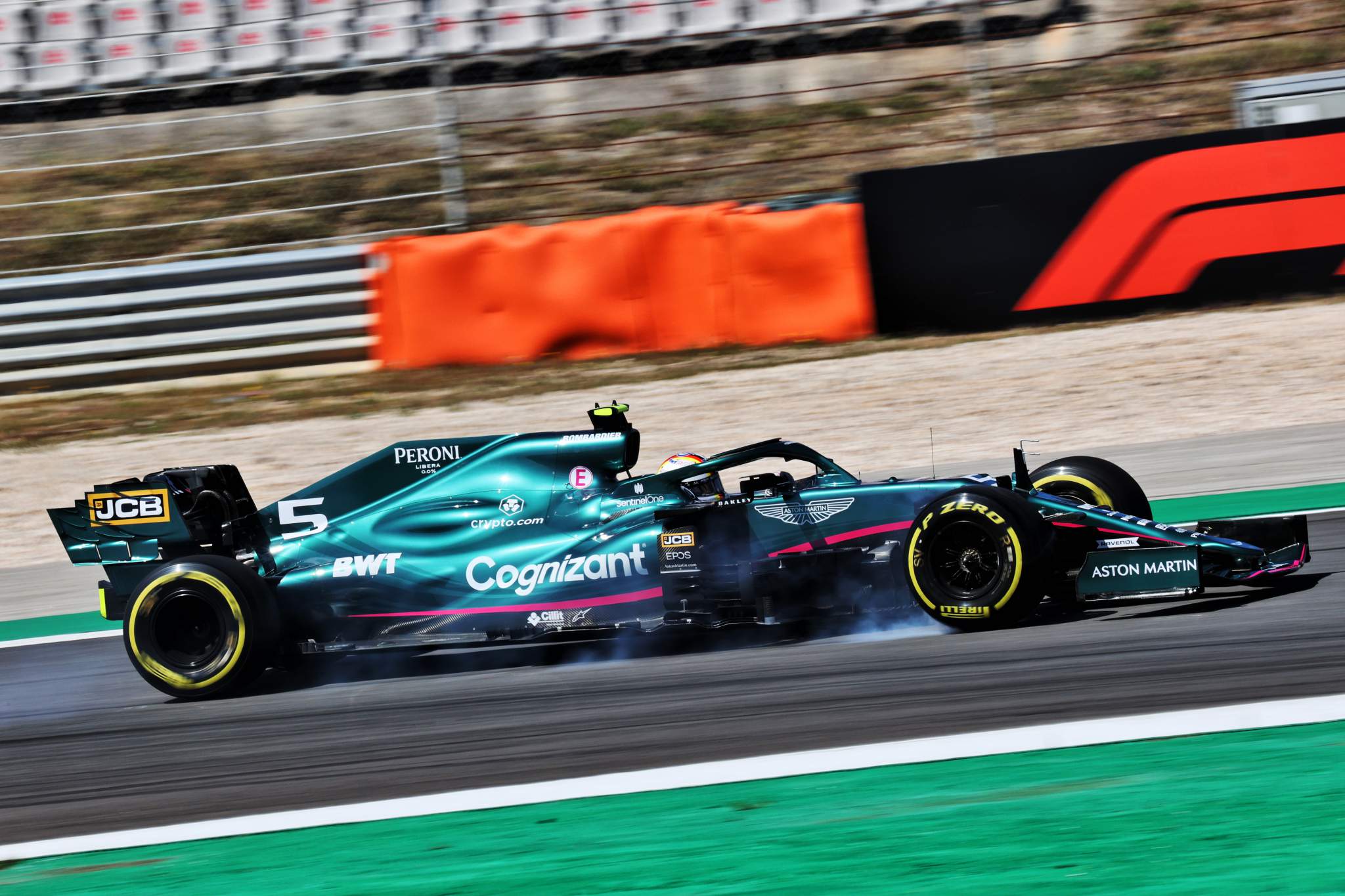 “But we still have to and want to improve. We’re still learning about the car. Obviously, it’s going to be a long season, but these couple of races now are very crucial to get on top of it.

“We’re still changing a lot of things from one session to another to just explore the limits.”

Despite a positive initial impression of the upgraded car, he admitted to lacking confidence when it came to qualifying. 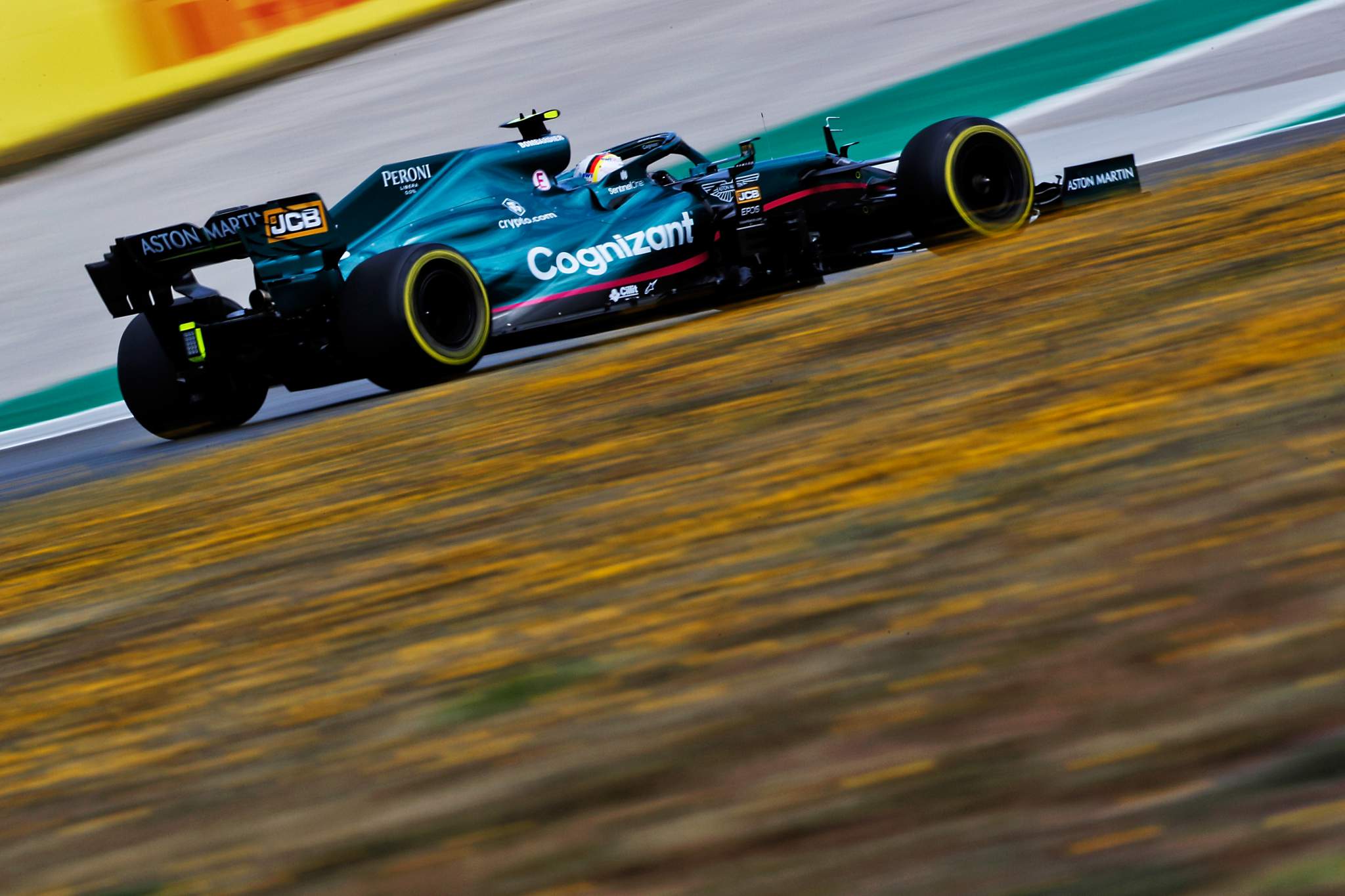 “The other car looked quicker in quali so we have to look at a lot of things,” Stroll said after qualifying. “I just couldn’t lean on the car today, didn’t have any confidence and we have to look into why that was.

“Yesterday we weren’t too bad, we were hovering around where we normally are but today, it’s just a disaster, so we have to look at what happened.”

It makes sense that Aston Martin gave the new floor to Stroll, as the new parts should go to the driver with the most points. Vettel suggested on Friday that the modification could be worth half-a-second, but he’s living in a dreamland if he thinks that’s the case. If Aston Martin really thinks that, then it really is in trouble.

From what we have seen, it has introduced another wave into its already wavy floor outer front corner. This is to make this area work harder, but I’m not so sure that how it has gone about it is the correct direction. 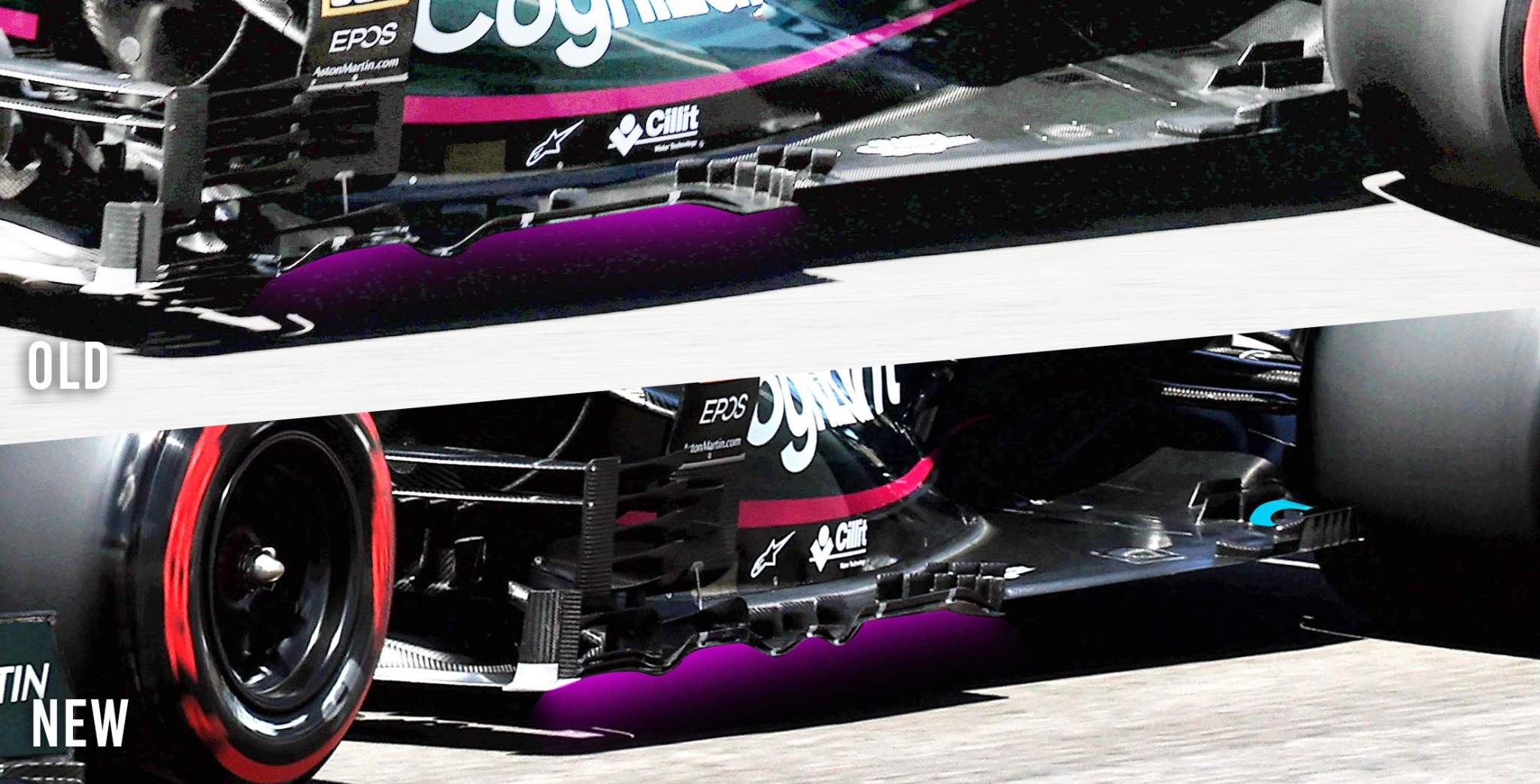 There is a minimum and maximum radius you can use on the external periphery of the floor, so this will compromise how effective this wavy section can be. What Aston Martin is trying to do is separate the long upsweep on the external edge into sections that individually will work harder and improve the performance of this section of the floor.

The upward turning moment generated by the horizontal and vertical turning vanes has to start earlier to have more effect on this area of the floor, which is the route Red Bull has taken. However, making any aerodynamic surface work harder runs a higher risk of being affected by turbulence or changing wind conditions and this is an area where even Red Bull might just have stepped over the line.

If qualifying is anything to go by, with Vettel managing a 1m18.970s in the ‘standard car’ and Stroll a 1m19.913s in the updated version, perhaps Aston Martin has done the same thing? 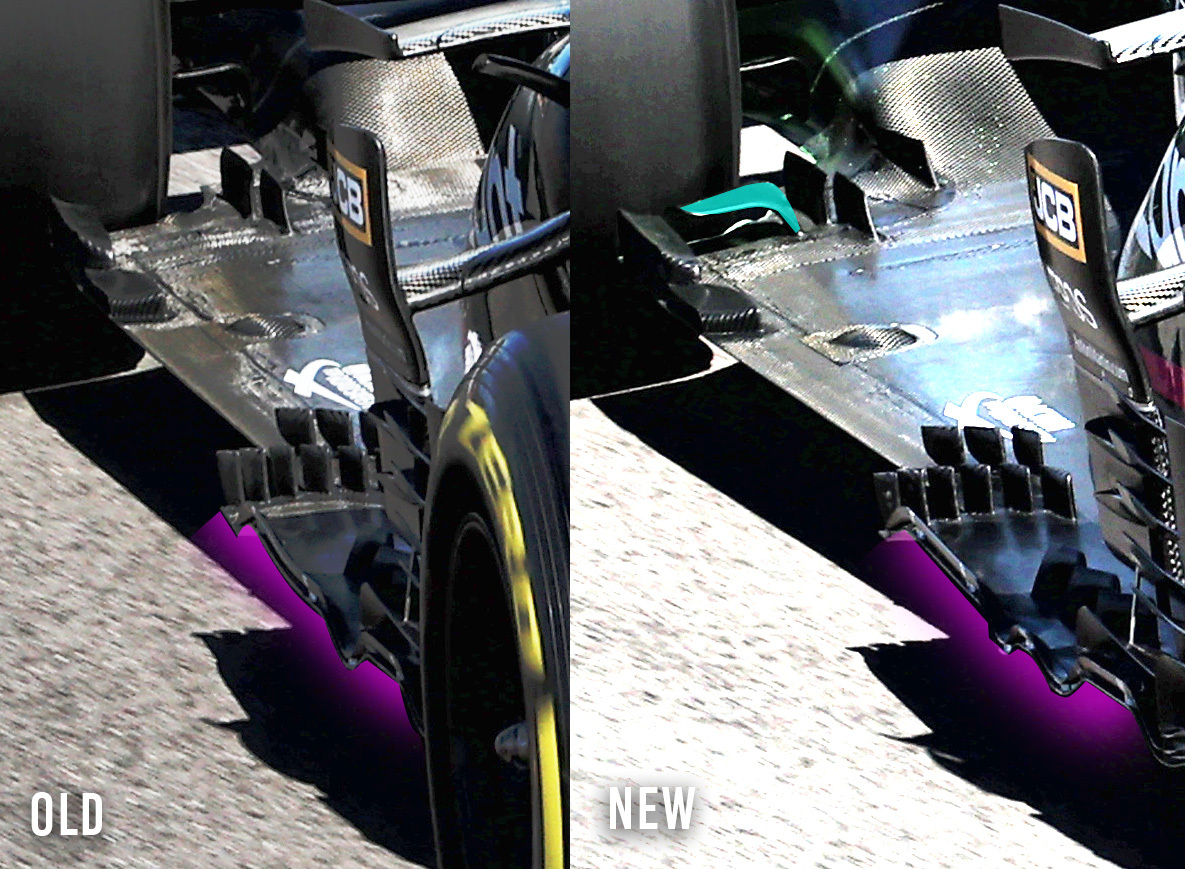 Aston Martin has also introduced a small change to the turning vanes in front of the rear tyre to try to control the tyre squirt that little bit better. Both of these are effectively detached from each other and work independently.

Anything that can manage the airflow that is displaced by the rear tyre rotating onto the track surface (tyre squirt) and stop it affecting the diffuser performance will be positive. In this area, small differences make large differences.

I’m pretty sure we will see other updates for the next race to go hand in hand with these updates. Normally, there are no magic bullets and it takes lots of separate components to be optimised around the main feature.

Only time will tell if Aston Martin is on the right track, but I still think half-a-second even if it is all working perfectly is a bit ambitious at a time when one-tenth of a second is like gold dust.