The British and Canadian Grand Prix organisers respectively are not interested in holding Formula 1 races with reduced spectator attendance and remain concerned about the coronavirus pandemic impact lasting into 2021.

Every race from the recent Tuscan Grand Prix through to the end of the season, except in the finale in Abu Dhabi, will allow limited access to fans as F1 bids to return to normality and allow circuits to gain revenue from ticket sales again.

The start of the 2020 season was delayed to July because of the COVID-19 crisis and the opening eight races took place with no fans allowed to attend.

F1 hopes to return to a normal calendar in 2021 but it remains unclear what national and local authority restrictions will still be in place by then, with recent trials of limited spectator attendance in the UK deemed a success but football clubs warned stadiums may remain empty until early next year after fresh government intervention.

Silverstone held two races early in the revised schedule, both without fans as part of a special arrangement with F1.

Speaking this week at the BlackBook Virtual Summit, Silverstone managing director Stuart Pringle said: “That would not work for us at a reduced capacity, in fact it wouldn’t work for most sports, certainly here in the UK.

“I’m in touch with all of the major sports promoters and we’re all saying the same thing.

“Our breakeven points are somewhere between 60 and 90% capacity depending on your overheads and your costs and we are right at the top end of that, as you might imagine with Formula 1.

Montreal lost its spot on the calendar because of strict restrictions in Canada, which still has a low limit of on-site numbers.

Canadian GP race promoter Francois Dumontier said “no, to be quite honest” when asked about the prospect of a reduced fan attendance.

He said “there’s no way” the current local restrictions “could be viable” for the event but also warned F1 could face scheduling issues if different continents continue to have different issues with the virus.

F1’s revised 17-race schedule for 2021 is almost exclusively in Europe, with the exception being the final three races in Bahrain (which will hold two grands prix at the same track) and Abu Dhabi.

All of the planned 2020 races in North and South America had to be cancelled, as did the Asian rounds – although the revived Turkish Grand Prix in Istanbul does straddle the country’s European/Asian border.

“We’re looking at it really closely, of course, like everyone else in the world,” said Dumontier. 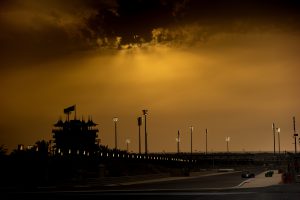 “And I am a little bit worried about what’s going to happen in early 2021.

“This is why right now, I know that the calendar will come out, I think in October, or somewhere around that. And we have to be very careful and look very closely and work with Formula 1 and the FIA, and all the promoters, together with our local stakeholder.

“But I’m a little bit worried about that, for 2021. For us as a private entity, it would not be viable and depending again, on the restriction, not only in Canada, but in North America, I know it’s going to be a worry for Formula 1 to cross again, the Atlantic to come here.

“So it’s something that we are following very closely.”