The Mercedes drivers had a mostly private battle for the top spot at a cooler Silverstone on Saturday morning, although Max Verstappen did briefly get his Red Bull between them and ended up three tenths of a second off Bottas’s pace.

Hamilton had the initial advantage over Bottas, first with a 1m26.825s lap to Bottas’s 1m27.136s. The championship leader then stretched his margin by improving to a 1m26.568s that put him 0.568s clear of Bottas, who failed to improve on that run.

But Bottas grabbed first place from Hamilton with a 1m26.526s just before the halfway point.

Though Hamilton toppled that by putting in a 1m26.332s when the next runs began, Bottas then produced the 1m25.873s that would stand as the session’s best.

Hamilton went wide at Becketts on his first attempt to retaliate, and could only close to within 0.138s over the course of two further attempts.

Verstappen expressed misgivings over his Red Bull’s handling over the radio but ended up a clear third, while his team-mate Alex Albon had another fraught session.

Red Bull successfully completed a substantial car rebuild following his heavy Friday crash, and initially it fired up without drama. But an electrical problem then emerged and Albon spent the first 46 minutes in the garage.

His first flying lap was deleted for a track limits infringement at Copse, and he ended the session only 13th, having squeezed in nine laps.

Friday pacesetter Lance Stroll made a late leap to fourth. That was five places but only 0.296s ahead of his temporary Racing Point team-mate Nico Hulkenberg. 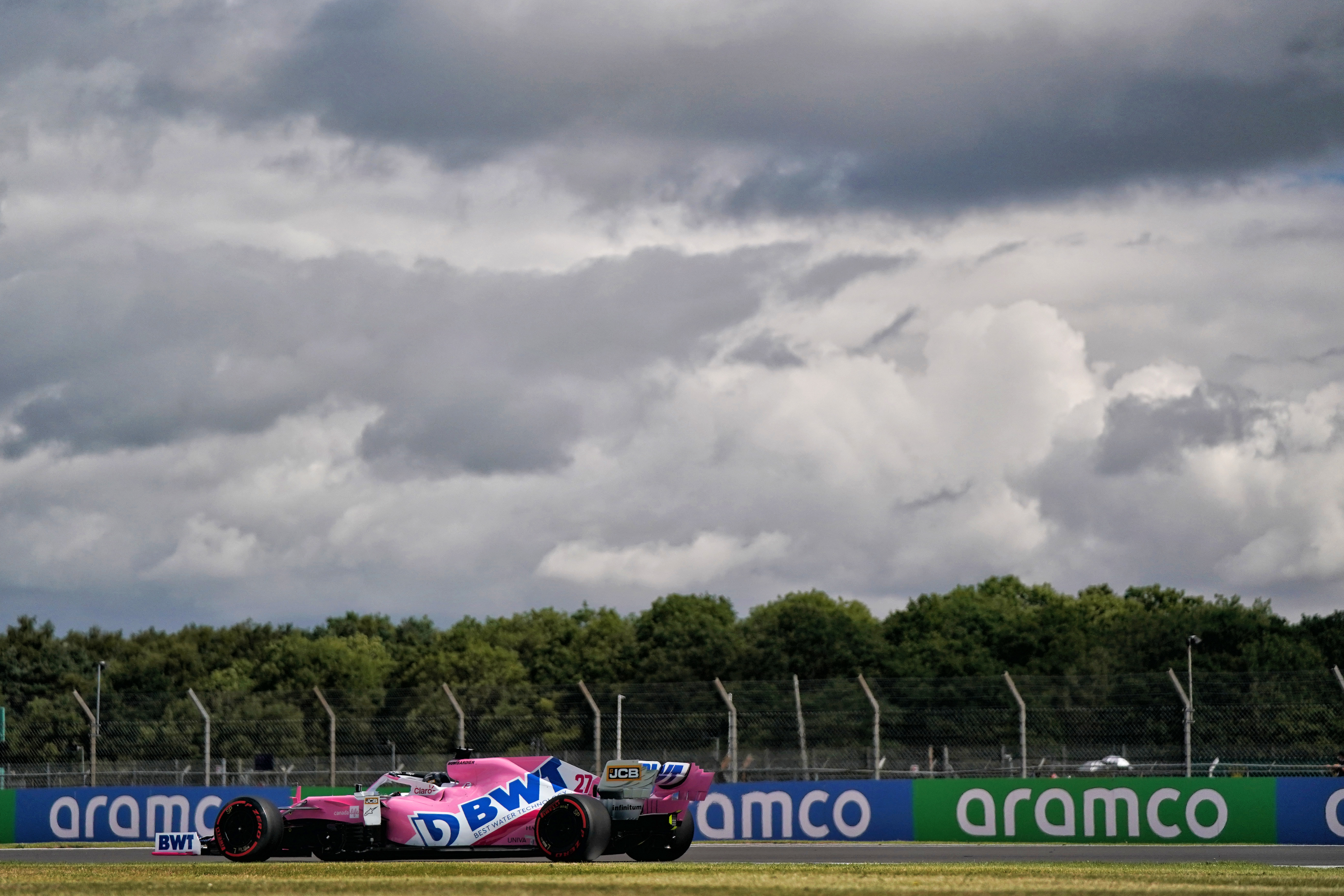 Sebastian Vettel was down in 14th in the second Ferrari. He stuck to mediums initially while most ran softs, and was only 18th at first having run wide at the third turn. In the closing minutes he encountered a repeat of the pedal problem that had marred his Friday afternoon running.

Daniel Ricciardo rewarded Renault’s efforts in changing his chassis with eighth ahead of Hulkenberg and Pierre Gasly’s AlphaTauri – which had set strong times on mediums initially.

Gasly’s team-mate Daniil Kvyat was 11th but must take a five-place grid penalty for a gearbox change.