The Austrian Grand Prix has received government approval and is set to be confirmed as the first round of the 2020 Formula 1 season, which will finally begin in July.

F1 and the FIA have established a strict set of conditions to facilitate races behind closed doors, including extensive coronavirus testing, private travel in and out of the country and stringent social distancing measures.

Two races at the Red Bull Ring on July 5 and July 12 have been targeted to begin the 2020 season.

The Race has learned that the plan put to the Austrian federal government earlier this month has now been approved.

On Saturday, Austria’s health authority has approved the races without spectators after assessing F1’s “comprehensive, professional security concept to prevent infections and spreads”.

“The target of Austria on July 5 is becoming more and more reality by the hour” :: Michael Masi

Minister of health Rudolf Anschober said F1’s plan “fulfils the requirements for preventing the spread of the coronavirus” and that “the crucial factor is the close coordination between the organiser and regional and local health authorities”.

Confirmation of the green light from the remaining relevant Austrian authorities is expected imminently, with F1 set to publish a schedule of European races early next week.

While this has been a public target for several weeks, reaching the stage of formal government approval is a massive step.

It means, barring any unforeseen developments, the July dates are no longer an ambition and are due to be locked in as the start of the 2020 season.

FIA race director Michael Masi said on Friday that the “amazing” team at the Red Bull Ring had pushed the Austrian GP to the brink of approval.

“They have had a desire from day one to make this happen,” he told Sky Sports F1.

“They have always had a can-do attitude at the best of times. They have been brilliant. Everything we’ve need and required, and working with the Austrian government to make this happen.

“The target of Austria on July 5 is becoming more and more reality by the hour.”

An impending calendar also indicates that a decision on the British Grand Prix and a second race at Silverstone is imminent.

As reported by The Race, F1 is expected to be granted an exemption from new quarantine laws to facilitate two races at Silverstone in the summer.

Team personnel also need to travel between the UK and other countries without having to isolate for 14 days every time they return home.

The delay has altered the original plan slightly, as the Hungarian Grand Prix is now expected to be held on July 19 to complete a triple-header at the start of the season, before a weekend off and then back-to-back races at Silverstone in August. 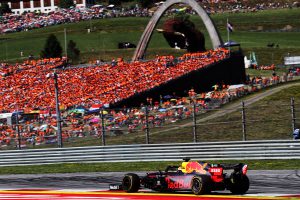 As well as strict testing procedures and the need for personnel to test negative for Covid-19 before entering Austria, F1 and the FIA are still working on the practicalities of how the “biosphere” plan will work on-site.

This includes teams living, working and socialising in isolation, the provision of personal protective equipment for marshals, and organising how those workers will operate in units and share accommodation, as it is not possible for them to follow social distancing advice while doing their jobs.

Marshals will also have a “good testing regime similar to everyone within the paddock”, Masi said.

He added: “The level of detail and thought that has gone into every aspect of how this works and what it looks like to make sure we can deliver a safe event has been huge, and is ongoing.”