Aston’s early impressions of Vettel and his ‘engineer’ brain

Team principal Otmar Szafnauer says his Aston Martin Formula 1 squad has discovered new signing Sebastian Vettel is like “having a performance engineer behind the wheel” given the ex-Ferrari driver’s desire to absorb all possible information about his new team.

Szafnauer revealed in an interview with Sky Sports that this was how one of Aston Martin’s engineers referred to Vettel after working with the four-time F1 world champion at the team’s Silverstone headquarters last month in preparation for the new season. 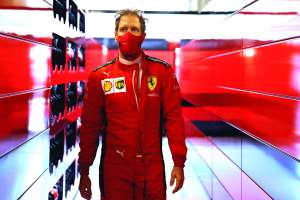 How Aston Martin can restore the real Vettel
Read more

While some have questioned the former Racing Point team’s decision to recruit Vettel given his struggles in 2020, Szafnauer says Vettel’s enthusiasm has shone through in working with Aston Martin so far.

“At 33 years old, you don’t forget how to drive a Formula 1 racing car fast, so he definitely hasn’t forgotten how to do that,” Szafnauer told Sky Sports.

“And for sure the work ethic is still there, he’s really, really hungry to perform.

“We’ve started working with him this year already and you can see it. He asks all the right questions, and a lot of them, and he’s really hungry for knowledge.

“Seb wants to know that much plus more. That’s a good trait to have, he has that and carried that to our team.

“We see that and he is really hungry to have fun again in Formula 1. But fun to him means being competitive.”

While what Szafnauer says might sound like the usual positive noises any team makes when it starts to work with a new driver, it rings true given the way Vettel operates.

He has always been a hard working driver well-liked and respected with his teams both for his personality and his determination. The desire to go the extra mile to build his knowledge base is also a trait that has often been in evidence.

Inevitably, when a new driver arrives – particularly one with a stellar CV and a reputation like Vettel’s – there will be a level of unease before they arrive in terms of how they will fit in. It’s no surprise that Vettel has immediately convinced those he will be working alongside this year that he’s made of the right stuff.

While Vettel’s struggle to adapt to a wider range of car characteristics is justifiably criticised, his technical ability has always been highly valued. He gives precise feedback and has a history of working closely to achieve as close to the kinds of characteristics that he requires within the capabilities of the car.

The performance engineer behind the wheel metaphor makes perfect sense for a driver with a voracious appetite to learn, who was often one of the last drivers to leave the circuit of an evening even in his days of dominance when it looked easy.

It’s also no surprise that he has shown this determination in his early dealings with Aston Martin. Last year, Vettel said all options were on the table for his future, including retirement, and signing for the team in the first place was an indicator he was willing to keep pushing himself. He’s not at Aston Martin to make up the numbers or top up his pension, he’s there to succeed and the team will have already recognised that. 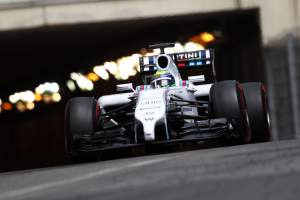 Szafnauer also stressed that Vettel is determined to enjoy his racing this year after the difficult times with Ferrari, with fun an important motivating factor.

But as Szafnauer explains, Vettel revels in the fine detail work and teamwork required to succeed in F1, meaning his enjoyment is a positive for the team.

He also expects him to gel well with incumbent driver Lance Stroll, who is heading into his third season with the team.

“His attitude coming into here is he wants to continue racing if it can be fun,” said Szafnauer. “Fun for him means being competitive, fun for him means working really hard and extracting every bit of performance out of a car and achieving what the team can achieve and being a big part of that. He’s highly motivated.

“I think he and Lance will be a great partnership. Seb is very experienced but not over the hill by any means at the age of 33 and lance is much younger and on the learning curve but naturally very fast so I think that combination will suit us very well.”