Alfa Romeo chief designer Luca Furbatto will join the Aston Martin Formula 1 team as engineering director ahead of the 2022 season.

This is part of the team’s continuing expansion, with technical director Andrew Green promoted to chief technical officer with immediate effect.

Aston Martin has described this as “the first of a number of significant new hires as the team continues to add strength in depth to its technical operations”.

Furbatto will report directly to Green with a remit covering both trackside and factory operations with a few to enhancing working processes and performance.

“It is very exciting to join Aston Martin as engineering director,” said Furbatto.

“It is a project that has all the ingredients for success – committed leadership, a talented workforce, and fresh investment in resources.

“I am looking forward to playing my part in establishing this team at the very top of the sport.”

Furbatto’s F1 career stretches back to 1998, when he joined Tyrrell and was initially focused on its testing programme, before becoming a performance engineer on the race team of what became BAR in 1999.

He spent 2000 with Toyota before starting a 10-year stint with McLaren in 2001, initially as head of stress analysis and materials then as head of structural design and finally car project manager. He then moved to Toro Rosso as chief designer in November 2011.

After working as Marussia/Manor chief designer from April 2015 to March 2017, he joined Sauber in the same role in July 2017. 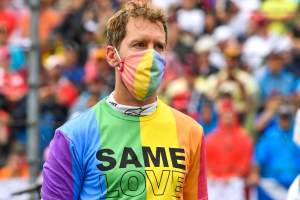 Team principal Otmar Szafnauer said that Furbatto is only the first of what is expected to be many significant recruits to join the growing technical team as part of Aston Martin’s plan to expand from its current level of around 530 people to potentially as many as 800.

“The recruitment of Luca Furbatto adds an exceptionally talented engineer to our technical team,” said Szafnauer.

“He brings a vast amount of experience with him built up from more than two decades in the sport spent at several leading Formula 1 teams.

“This is the first of many key appointments we are making in line with our ambition to establish Aston Martin at the front of the grid.”