Fernando Alonso made it four straight The Race Legends Trophy victories with another astonishing clean sweep at Silverstone, as Jenson Button became the series champion.

Alonso held the lead from pole position in the opener and stretched his advantage to as much as five seconds early on.

The cushion back to the chasing Button and Jan Magnussen nearly vanished when Alonso mistakenly took the normal version of the Vale chicane rather than the Classic version being used for the Legends races and had to cut across the grass.

But Alonso rejoined in time to keep Button and Magnussen at arm’s length and claim another win.

Title contender Magnussen shadowed Button to the finish, but third was not sufficient to keep him in the hunt as Button’s runner-up spot effectively made him champion.

His other championship rival Emanuele Pirro only qualified seventh, was caught up in an early tangle, and recovered to fifth behind Juan Pablo Montoya. Both had been promoted a place when Oriol Servia retired from fourth.

Petter Solberg was delayed in the same multi-car incident as Pirro but pursued Montoya and Pirro to the finish, taking the chequered flag in sixth.

In the reversed-grid race, Alonso repeated his astounding Indianapolis performance to come from last to victory.

He scorched from 19th to fourth by the end of the first lap, then swiftly took third from Tom Coronel.

Nearly but not quite – yet. @MichelJourdain and @alo_oficial clash for the lead but he hasnt given up yet! The Race All-Star Series – powered by @ROKiTPhonesUK – 📺 Watch now at:
💻 https://t.co/WdVqh7S2NG
🇺🇸 Live on @ESPN 2
🇬🇧 Live on @Eurosport_UK
#LegendsTrophy pic.twitter.com/YM9STzKXuO

Michel Jourdain Jr and Dario Franchitti had battled for the lead from the outset, and they were soon caught by Alonso – who split them when Franchitti lost a little momentum getting too close to his sometime CART rival.

Alonso then tagged Jourdain into a spin at Luffield, having carried a lot more speed into the corner, and Franchitti snuck past into the lead.

He fended Alonso off until two laps from the finish, when the double Formula 1 world champion dived ahead into Brooklands and escaped to claim a fourth consecutive race win. 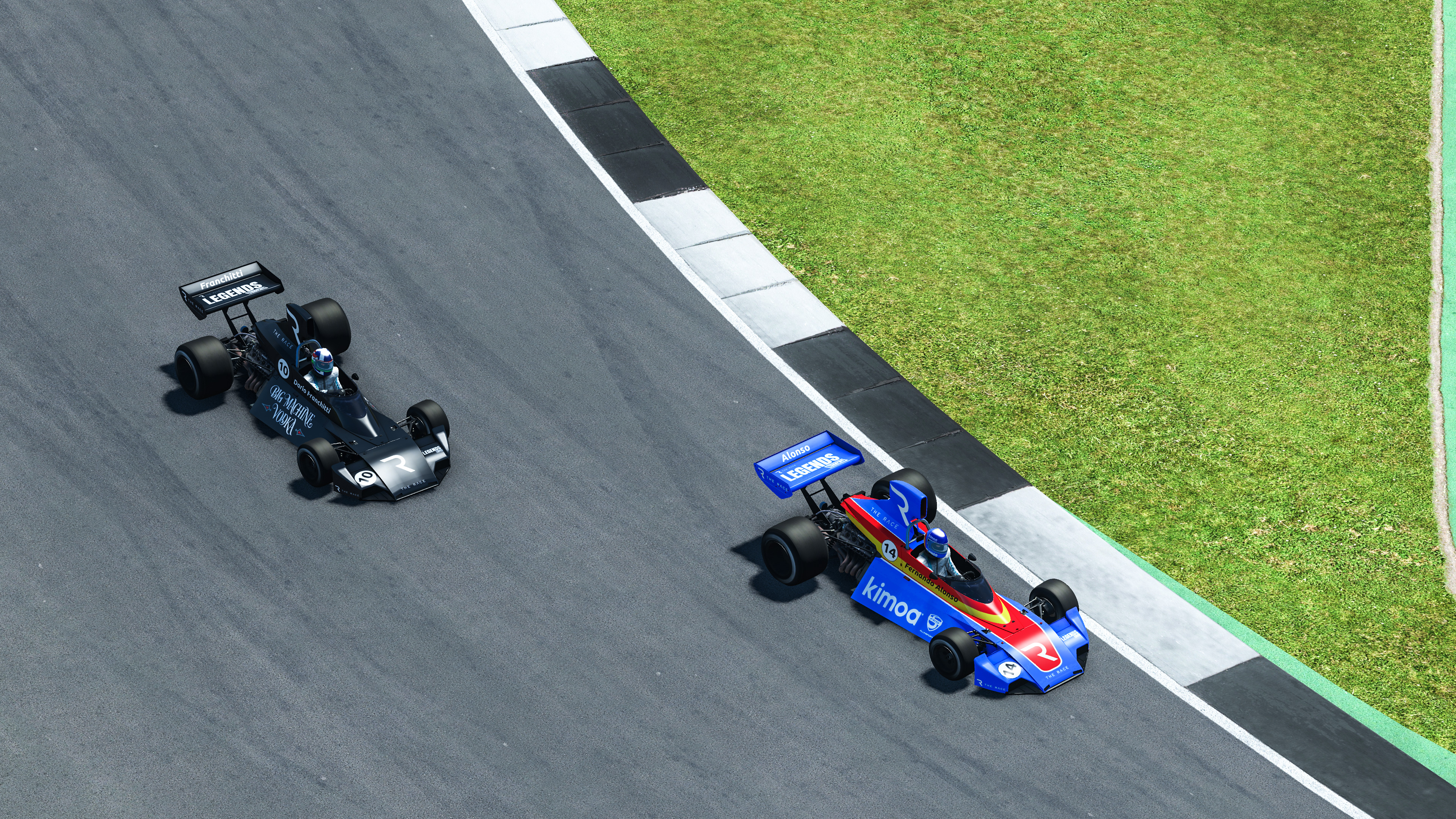 Button was spun at the first corner then made steadier progress up the order to reach third before slowing on the final lap and dropping to 12th.

He explained that he had accidentally tapped Pirro into a spin earlier in the race so wanted to drop back to finish behind his erstwhile title rival.

That allowed Montoya to complete the podium ahead of Servia and Jourdain, with Magnussen and Pirro concluding their seasons in 10th and 11th.