People might think that for an experienced, top-level, Formula 1 driver changing teams or coming back after an absence is just like riding a bike.

It really isn’t, and that’s setting up some of the most exciting team-mate battles of the 2021 F1 season – with drivers who were expected to be under big pressure from their new stablemates flying and their big-name challengers struggling to settle in.

At McLaren, it’s Lando Norris who’s thriving. Personally, I think he had a great first season in Formula 1 in 2019, and then he got his first podium straight out when the delayed calendar began last year. I think he drove so well, really well, in that race in Austria. He may not have been able to produce that form consistently when he was inexperienced, but it was a clear sign of his potential. 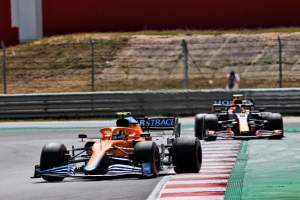 Then he’s come in even stronger this year. He’s really showing how competitive the McLaren is and how competitive he is. I’ve heard that he works extremely hard on and off track, and you can see how that is paying off now he’s gaining experience because some of his advantage over new team-mate Daniel Ricciardo has to be coming from how well he knows every single part of their team and how it all works after three seasons there, including his time as its test driver.

It’s hard for any driver to come into a team where the incumbent has such a good rapport with everyone, has been working so closely with them and knows all the ins and outs of how the team operates and the car’s design concept works.

You’re never going to get two drivers that drive a car exactly the same. Driving styles really do differ significantly and have an impact on performance when the times are so close, which is what Ricciardo is finding as he struggles to adapt his style to the McLaren.

Having time to focus on adapting to a new car can be hard in Formula 1 given there are so many different run plans in practice sessions, and then tyre degradation makes such a difference in the race. Drivers don’t always get a clear shot at focusing on what they need to make the car work for them, especially with limited testing this year.

Ricciardo’s situation looks worse because of how well Lando is doing, but even that is deceptive. It was Ricciardo in front in two of the three qualifying sessions – albeit not by much in Bahrain and only after Norris lost a great lap to track limits at Imola. And though the fact Ricciardo’s not confident in the car at the moment is clear to see, he turned a really torrid qualifying in Portugal into a decent race result. Even in a difficult moment, he’s not slow. 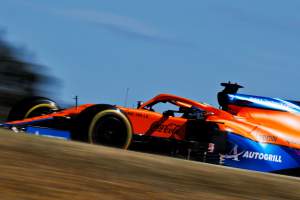 Daniel probably expected to be in a similar position to his team-mate in the championship right now, wherever that turned out to be, rather than already 21 points and four places behind Norris’s amazing third in the standings.

But Ricciardo would have learned a lot from his experiences at Red Bull, as he did have some tough times there – both when the car wasn’t as competitive and when Max Verstappen suddenly arrived and won on his debut for the team. So his head won’t go down, I’m sure he will crack on and work even harder. We can’t write him off. I even read people saying he’s ‘past it’. There’s no way that’s the case.

I’m actually buzzing about this fight. Ricciardo has this reputation as an overtaker, and Lando has pulled off some great moves recently. I’m certain it won’t be long before they’re both battling in the top six and that is such an exciting prospect. They’ll see each other as a threat but also have huge mutual respect.

The other intra-team battle where a surprise driver is starring is at Alpine.

You have to give a shout-out to Esteban Ocon for doing a great job. He’s outqualified Fernando Alonso at the last two races and got into Q3 both times – in Portugal, he was sixth and under seven-tenths of a second from pole.

So many people were predicting was really going to struggle against Alonso and he’d need to pull his finger out – well if he did need to, he certainly has. He’s doing an excellent job.

We need to give Alonso time, though. If returning to F1 really was like jumping back on a bike, Alonso would have floated straight back in and up to the top.

But a lot changes in Formula 1 in a short space of time, in terms of aero, the tyres, the nature of updates. Alonso will still be a little bit rusty and he will have a lot to adapt to after two years out. That’s a long time in F1 terms.

I really didn’t expect him to be finding his best form straight away. And he’s been quick to admit that he’s not firing on all cylinders in terms of driving an F1 car again – and adapting to this F1 car in particular – yet. It’s nice to hear a driver say that and be honest, and he deserves respect for admitting that there’s an area where he’s personally not 100% rather than looking for excuses or blaming the car.

Ocon will take confidence from this. He was under pressure, and even if he doesn’t read all the press he was certainly being asked a lot of questions about taking on a team-mate like Alonso.

Some drivers would put pressure on themselves in the wrong way knowing someone like Alonso was coming into their team. Ocon has not done that, he’s dealt with it in the correct way, and it’s him that’s showing what the Alpine can do at the moment.