Red Bull has revealed five more additions to its new Formula 1 engine division, all of which will join from rival Mercedes.

The new Red Bull Powertrains company has been created to manage Red Bull’s takeover of Honda’s F1 engine for the next three seasons but more importantly lead the design of Red Bull’s first ever in-house power unit for 2025. 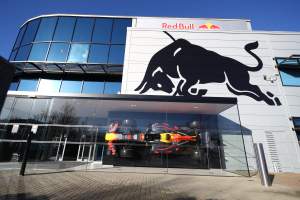 Ahead of the Spanish Grand Prix, Red Bull has announced a quintet of other signings from Mercedes HPP that will form the Powertrains leadership team.

Steve Blewett, Omid Mostaghimi, Pip Clode, Anton Mayo and Steve Brodie have all been announced as taking on senior positions at Red Bull Powertrains while a new head of mechanical development has also been recruited but remains anonymous for now.

The five new signings move across from a range of roles at Mercedes HPP including manufacturing, electronics and concept work.

Their start dates with Red Bull have not been confirmed and all will depend on their respective contractual arrangements with Mercedes HPP.

“Red Bull’s mission to bring all aspects of its Formula 1 operations in-house through Red Bull Powertrains is an enormously exciting undertaking but also an extremely demanding one, and we know that success will only be achieved by bringing in the best and brightest talent, by providing them with the right tools and by creating the right environment in which they can thrive,” said Red Bull Racing team boss and CEO Christian Horner.

“Today’s key leadership team appointments demonstrate our strong commitment to those goals and we certainly benefit from our campus being located in the UK where we have access to a huge wealth of engineering talent.

“Working with our new technical director, Ben Hodgkinson, and alongside key personnel retained from Honda Racing Development, each of the senior personnel announced today bring a wealth of experience, expertise and innovativity to the Red Bull Powertrains programme and provide us with the strongest possible technical platform for the future.”

Red Bull’s recruitment of personnel for its new project is not limited to poaching Mercedes staff but hiring long-standing members of the dominant force from F1’s V6 turbo-hybrid era is a logical move.

Horner said last week in Portugal that the proximity of the Red Bull Technology campus in Milton Keynes to the Brixowrth Mercedes HPP base meant there was a huge pool of proven talent near its own facility. 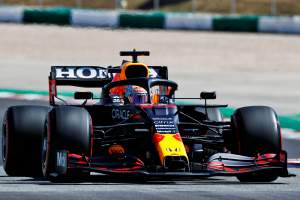 “You don’t have to look very far to see obviously the talent that there is, certainly based within the UK, and of course the outstanding job that Mercedes have done, not just during the last seven years but the last 15 years in reality,” said Horner.

“I think this is the first serious engine facility that’s been set up in the UK, other than HPP, maybe in the last 50 years. So, it’s a tremendously exciting opportunity and for us it’s a matter of identifying the right talent, attracting that talent, exactly as we did with the chassis side.

“Obviously, proximity within the UK as well is very convenient for that. So having identified the right guys, Ben was a standout-candidate for us and we’re delighted that he accepted our offer and decided to join the team.”

Mercedes boss Toto Wolff admitted last week that Red Bull’s strategy was logical, saying it was “clear” that Red Bull would pursue engineers from the UK.

“I guess it was expected that this would happen and this is just a battleground such as the one on track,” he admitted.

“You need to acknowledge that and the last few weeks were certainly very much pulling on both sides of the rope, which I enjoyed.

“It’s part of the competition. You need to take it as a sportsman.”