New teams always bring an air of interest to Formula 1. They intrigue, they entertain, they may even surprise.

But F1 does not need them and has produced 200million reasons to back that up in the form of a premium that any new entry would need to pay across the existing 10 teams to be allowed to join the grid.

It’s part of a grand new era that will be phased in over the next 18 months with new commercial terms enshrined in the recently signed Concorde Agreement, an historic budget cap introduced in 2021, and then new technical rules designed to create better racing in 2022 – or at least shake the order up.

F1 should consider itself lucky to still have 10 teams standing, ready to be part of that era. The COVID-19 pandemic placed serious pressure on the rotted foundations of smaller teams thanks to long-standing biases within the championship’s previous commercial agreements. But they survived.

Now is the time for their reward. And it has to come at the cost of opening the doors to new teams, or at least beefing up the security outside.

Despite a favourable shift in prize money distribution under new Concorde Agreement, teams will still be sharing F1’s income amongst one another. So if another team comes along, the slices of pie all get a little smaller. That’s the first, most basic justification for any new team having to pay $200m that then gets split evenly amongst the existing 10 teams.

This $200m buy-in for a new team would help offset the loss in revenue the existing teams that have already invested a lot in F1 would suffer. Consider it pre-emptive compensation. 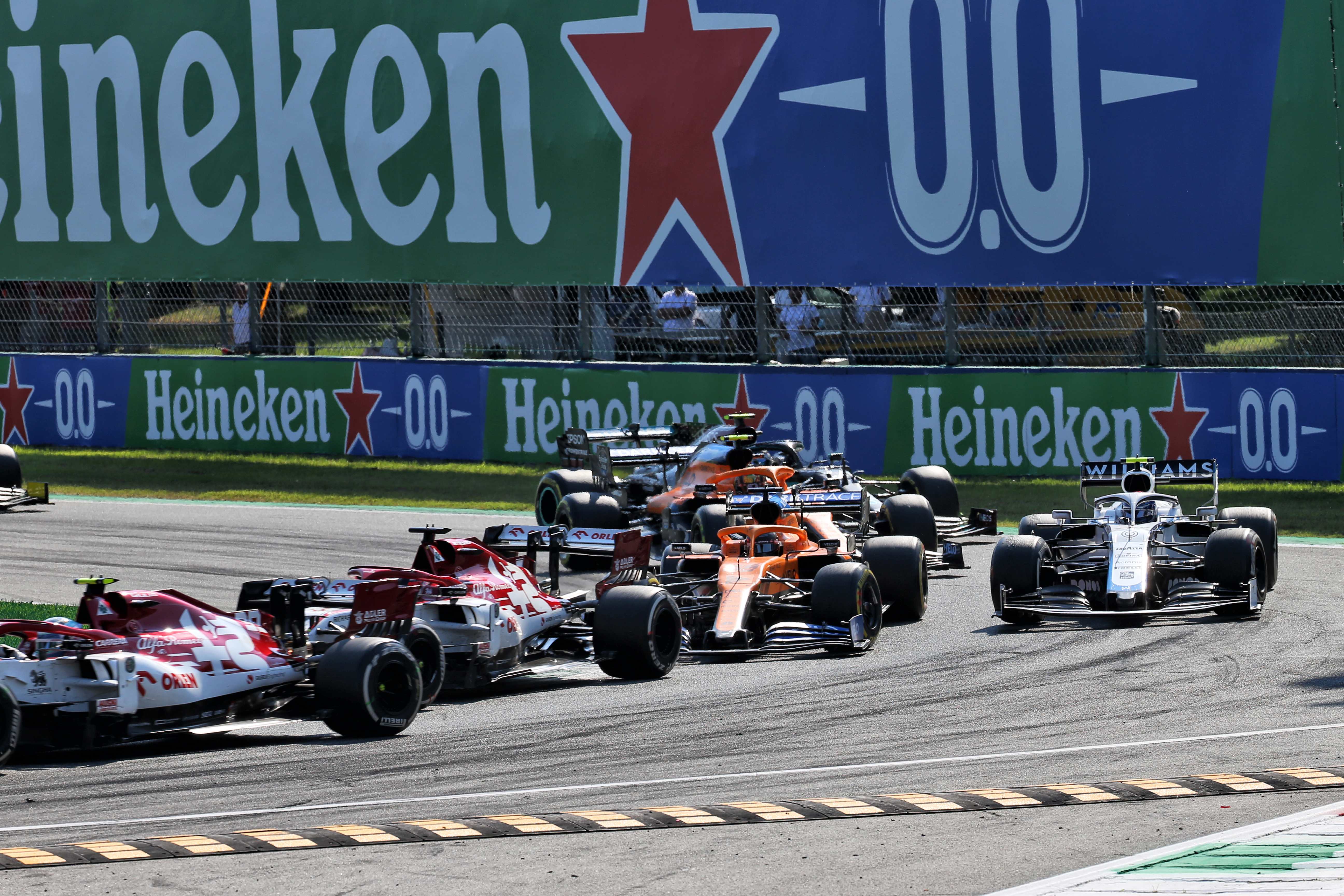 But the main argument lies in the bigger picture F1 is trying to create.

Most of the current teams pump a crazy amount of money in without getting much out. Mercedes’ ultra-successful works team is the ultimate embodiment of success + prize money = great return on investment. But even this record-breaking organisation still needs a top-up from its parent company to avoid making a loss.

That’s set to change very soon, because of the imminent financial changes outlined above. Mercedes Grand Prix will turn a profit and probably remain the financial benchmark but other teams can finally move away from relying on massive financial contributions from shareholders. 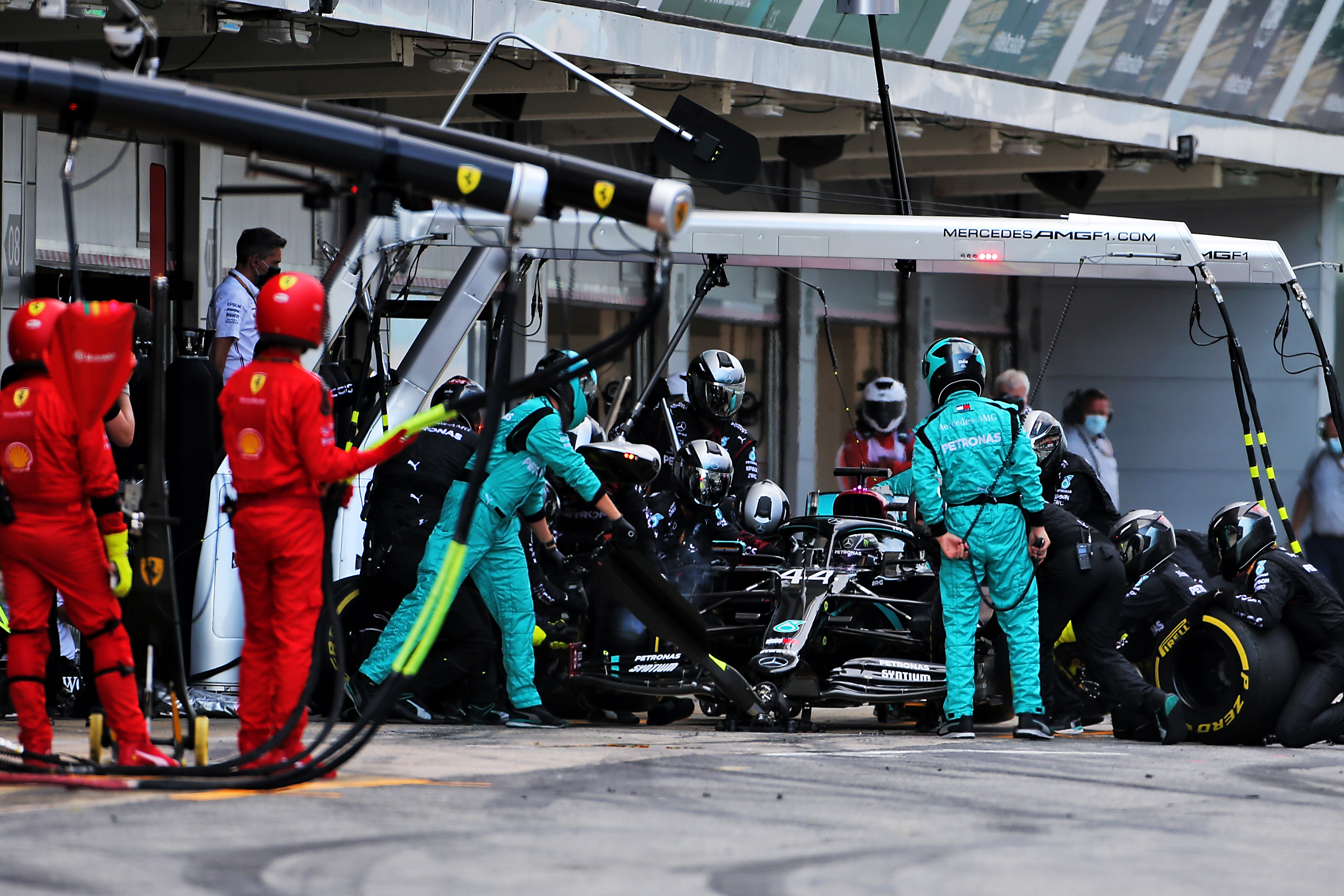 F1 envisions this as a chance for the championship to have a ‘franchise model’ similar to how US sports work, which isn’t surprising given F1 owner Liberty Media is American and owns the Atlanta Braves baseball team.

The goal is to make running an F1 team a genuinely viable business and existing teams have first dibs on a place at the table. In return, they’ll stick around longer with strong foundations and consistent, predictable income, contributing to a more competitive and successful championship.

At the same time, this has been interpreted as an attempt kill off the prospect of serious new teams, because why would anyone be willing to pay $200m just for the privilege of spending many more hundreds of millions on setting up the team, creating the infrastructure and covering running costs?

But raising the barrier of entry is exactly the point. F1’s first priority now is protecting the 10 teams it does have and making successes of them, rather than welcoming fresh problems with open arms. 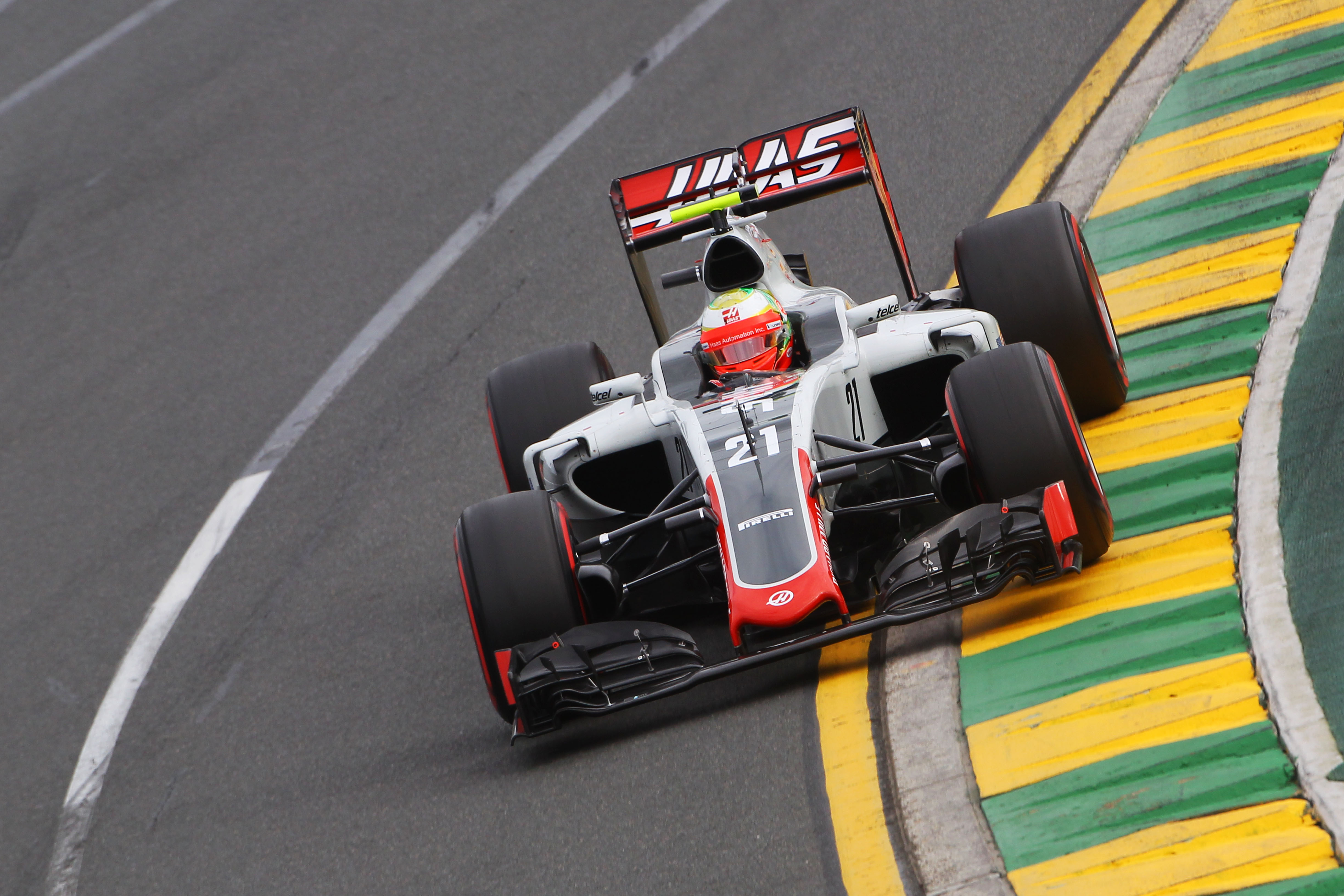 The records of F1’s most recent new teams show what it takes to succeed. Haas entered in 2016 to rapid success with a controversial Ferrari-dependent model but has struggled to attract sponsors to offset the cost of running the team and sorely needed the new Concorde terms to be favourable in order to stick around.

Going back further, the three new teams that appeared in 2010 had all disappeared by the second half of the decade thanks to financial collapse. One, HRT, changed ownership before it started and raced its first year with a show car. All three underwent identity changes due to changing ownerships. And there was a fourth team, USF1, that never got near the grid. 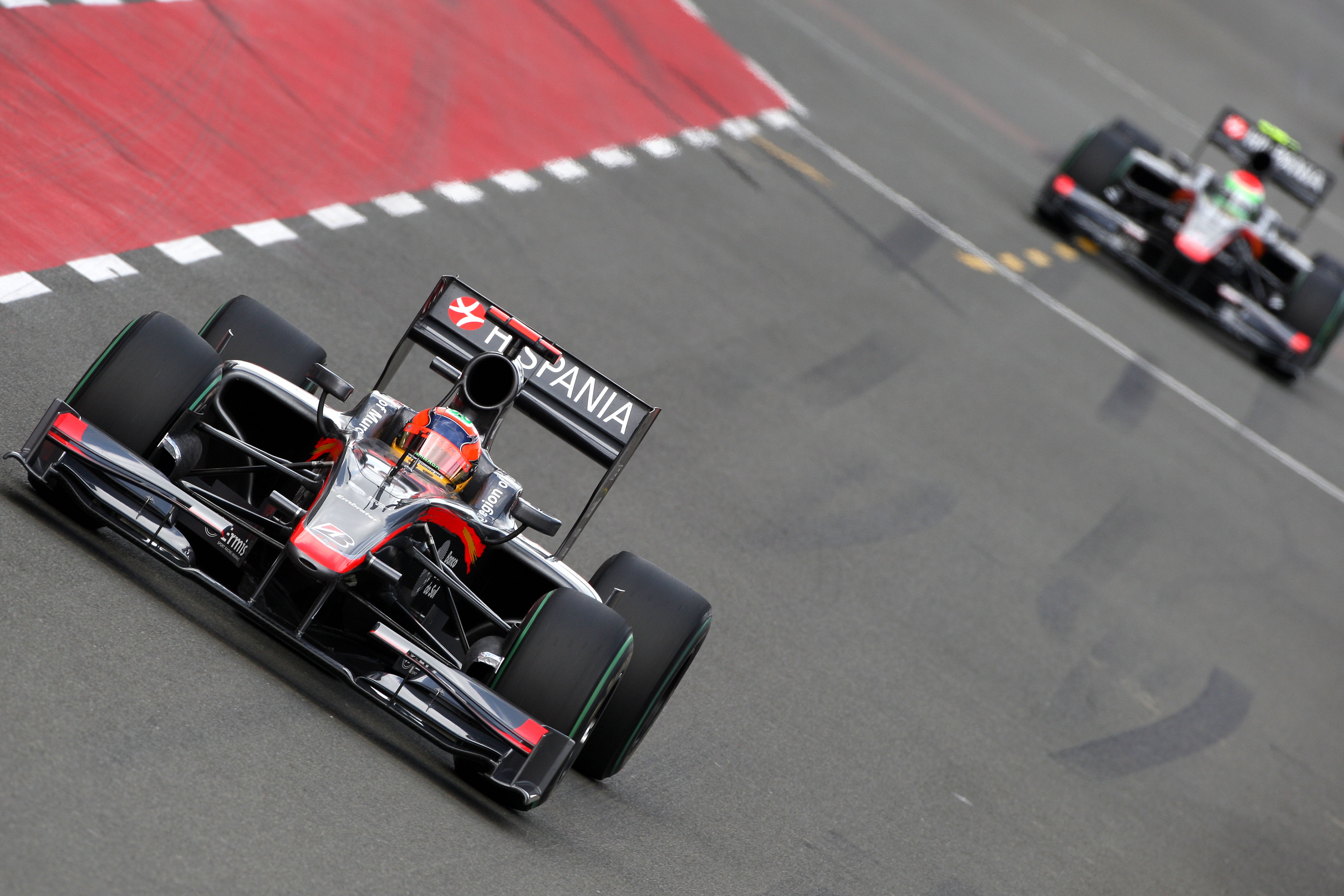 It’s important at this point to acknowledge those teams entered F1 under the expectation of a budget cap that never materialised. F1 is different now and one could argue that now is the perfect time for such new teams to be encouraged. Unfortunately, welcoming bids from all-comers would be a breeding ground for chancers.

Because F1 has always tempted chancers, people who spot – or think they spot – an opportunity to make money from the championship’s perceived glitz and glamour.

This would be even more frequent as F1 heads into a much more cost-friendly future. They will see the opportunity for more bang for their buck. These are the sorts of teams that will be killed off. Not serious propositions.

There was a time when plucky, underfunded teams were endearing, and we all have a few favourite memories of heroic failures.

But F1 has morphed into an ultra-competitive, elite sport that cannot accommodate anything other than a serious, professional organisation. These have been few and far between in recent years. The championship and governing body the FIA has even played down the credentials of two organisations that have insisted they have a legitimate case for an entry.

Who knows, with the new era of F1 designed to keep teams interested and successful for the long-term, perhaps the $200m might even be viewed as an investment by a mega-bucks manufacturer or organisation that’s dead set on joining F1 but can’t find an existing team to partner, buy in to, or take over. A new entry willing to shoulder the burden of that premium would only be of the calibre that could bring further value to F1.

The bottom line is that a premium of $200m to enter F1 – on top of everything else a new team needs – looks like a typically selfish F1 decision. And that’s because it is. But for once it’s for the right reasons and contributes to a bigger, better picture.

It’s the sort of protection the likes of McLaren, Williams and Sauber (now Alfa Romeo) have been in dire need of for many years. It means teams will not need to rely on tempting manufacturers in or convincing them to stay. They will not have to be bailed out by billionaires looking for a new project. They will not be pinned into a loss-making business model and a baked-in competitive disadvantage.

Those are rocky foundations because they are vulnerable to changes in interest that send teams lurching into fresh uncertainty. F1’s immediate concern is moving the 10 existing teams far away from that way of working.

And in the future the eco-system may be strong enough to accommodate a new team that is actually capable of going the distance. 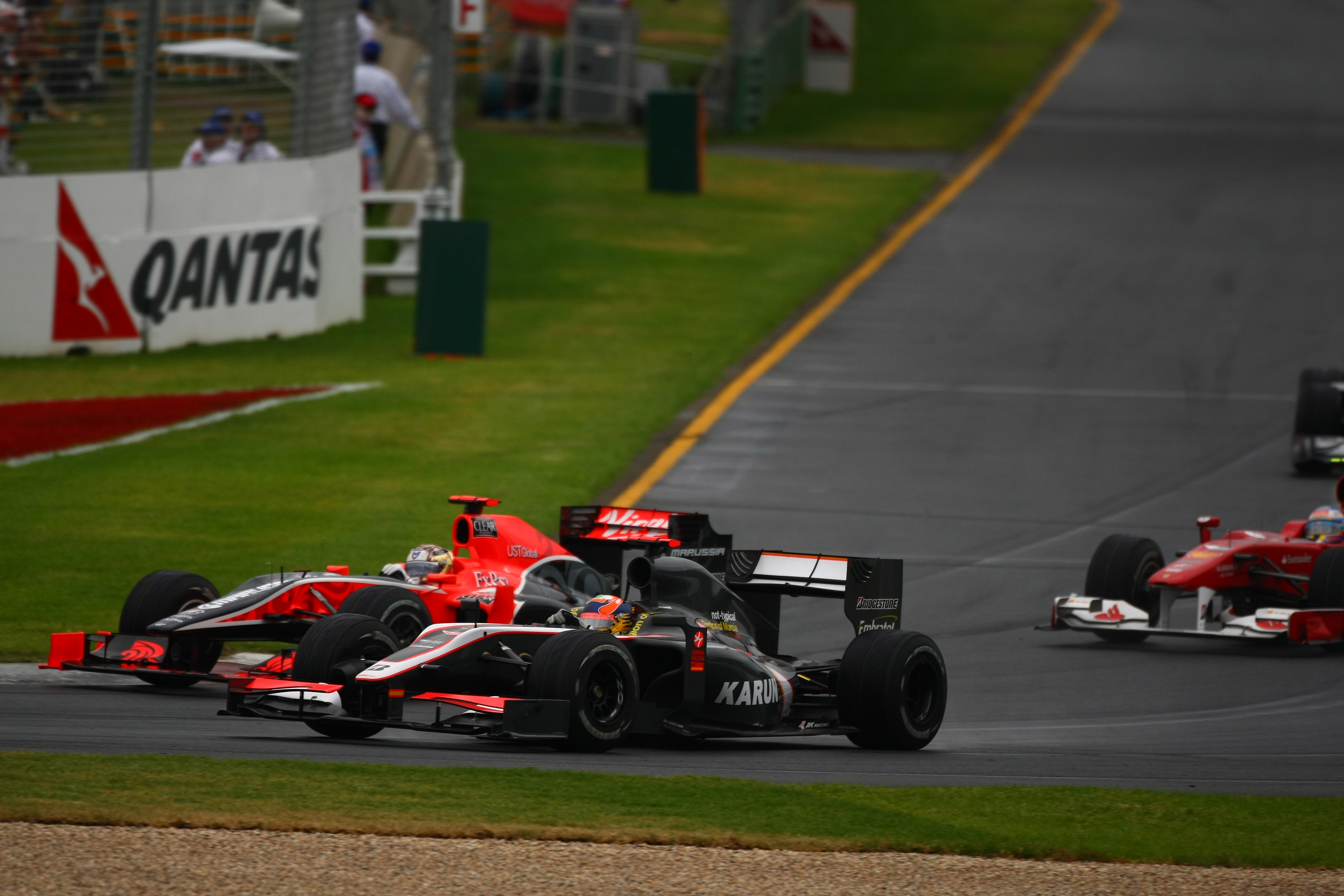