The new series attracted an incredible roster of real-world racers alongside established sim stars. From the world of Formula 1, Romain Grosjean, Rubens Barrichello and Will Stevens joined Verstappen, while reigning Formula E champion Antonio Felix da Costa and Indianapolis 500 and IndyCar champion Tony Kanaan were also among the stars.

As was the case with both races on the night, drivers only found out where the championship race would be held two hours before, with fans voting between a choice of four on Twitter for the field to race in Dallara F3 cars.

Grosjean admitted he had been hoping for Laguna Seca, but knew that Motegi would be chosen when Verstappen urged his hoards of followers to vote for Motegi.

To all my fans… if you want fun racing tonight vote for ‘Motegi’ please! It won’t disappoint 😎🔥 https://t.co/W9OD0XdFP9

With the esports drivers taking the first stint of the relay-style race and pushing the boundaries of their maximum of 25 minutes in the car, Benecke turned his pole into an initial 1.4s lead that Red Bull’s Sebastian Job spent the rest of the stint eroding with a succession of fastest laps.

On lap 6 Job finally got the gap under a second but struggled to eat into the margin further.

The lead group all pitted at the end of the 11th lap which both gave the sim racers the maximum amount of time on the track and also secured a clear track to re-enter.

Verstappen emerged with a 1.5s gap over Philipp Eng realising the opposition’s pre-race fears, that Benecke – the top rated iRacing driver in the world – and his Team Redline team-mate Verstappen were too strong a duo to vanquish. 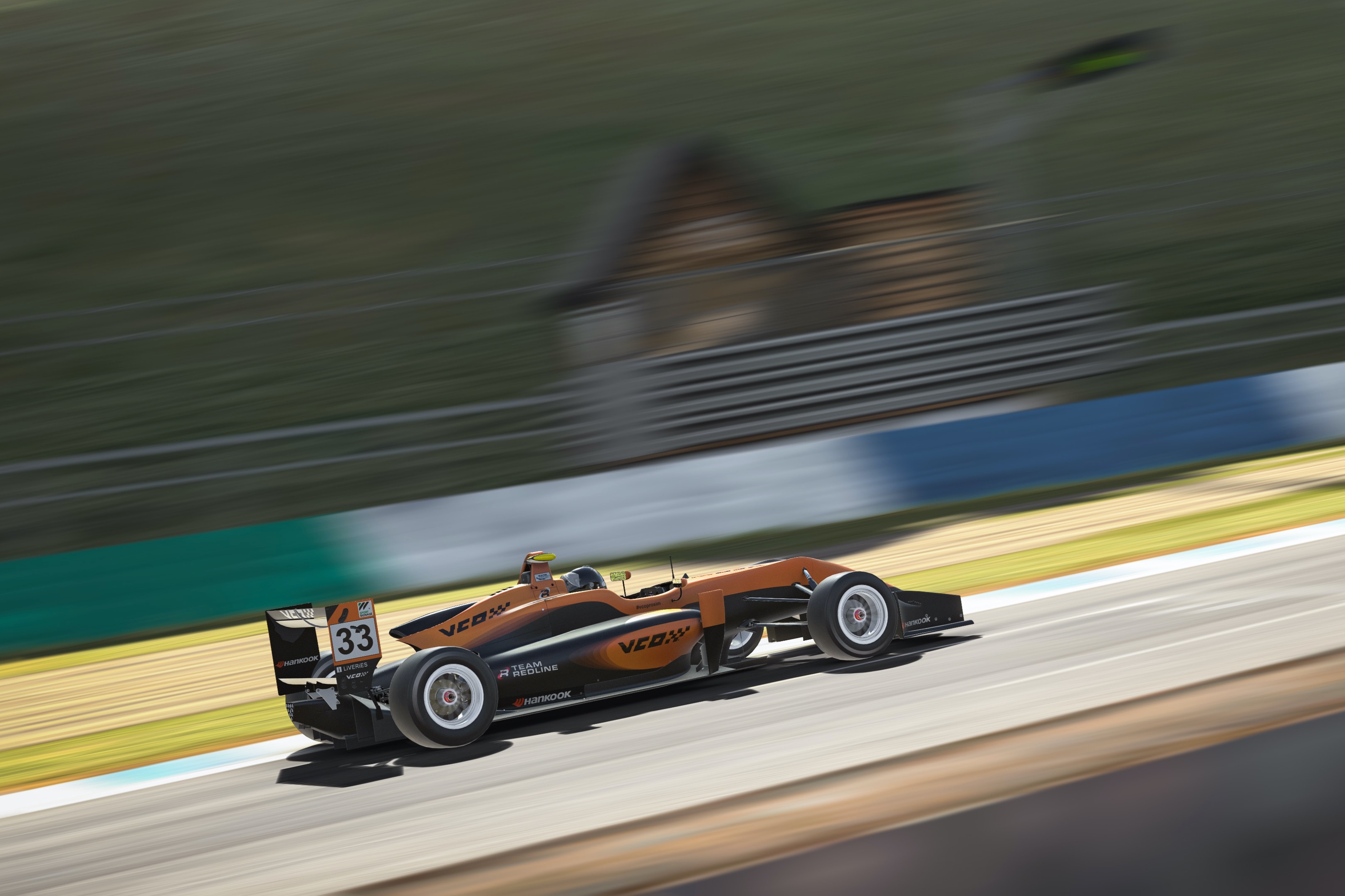 Verstappen proceeded to execute qualifying laps at the front of the field and extended that gap to over five seconds at the finish over the car Eng took over from Job.

Verstappen described it as a “simply lovely race” as he literally put his feet up to stretch out following the win, his best lap less than a tenth slower than his team-mate Benecke.

An epic battle for third emerged after the pitstops. Alexey Nesov struggled to show the pace of his partner Patrik Holzmann in the first half of the race and came under intense pressure from Laurin Heinrich and Ayhancan Guven.

Guven had taken over the fifth place car from Josh Rogers – the 2019 Porsche Esports Supercup champion – who uncharacteristically spun early on and spent the rest of his stint fighting back.

It would almost certainly have given Guven a podium exiting his stop, but ultimately he and Heinrich couldn’t surpass Nesov despite the stint-long pressure.

One key team was ruled out early when Alejandro Sanchez dove inside and spun out the Williams Esports car of Agustin Canapino/Sami-Matti Trogen then battling for sixth early on.

Grosjean was 16th, sandwiched between  Barrichello in 15th and da Costa in 17th.

Benecke doubles up in ‘fun’ race 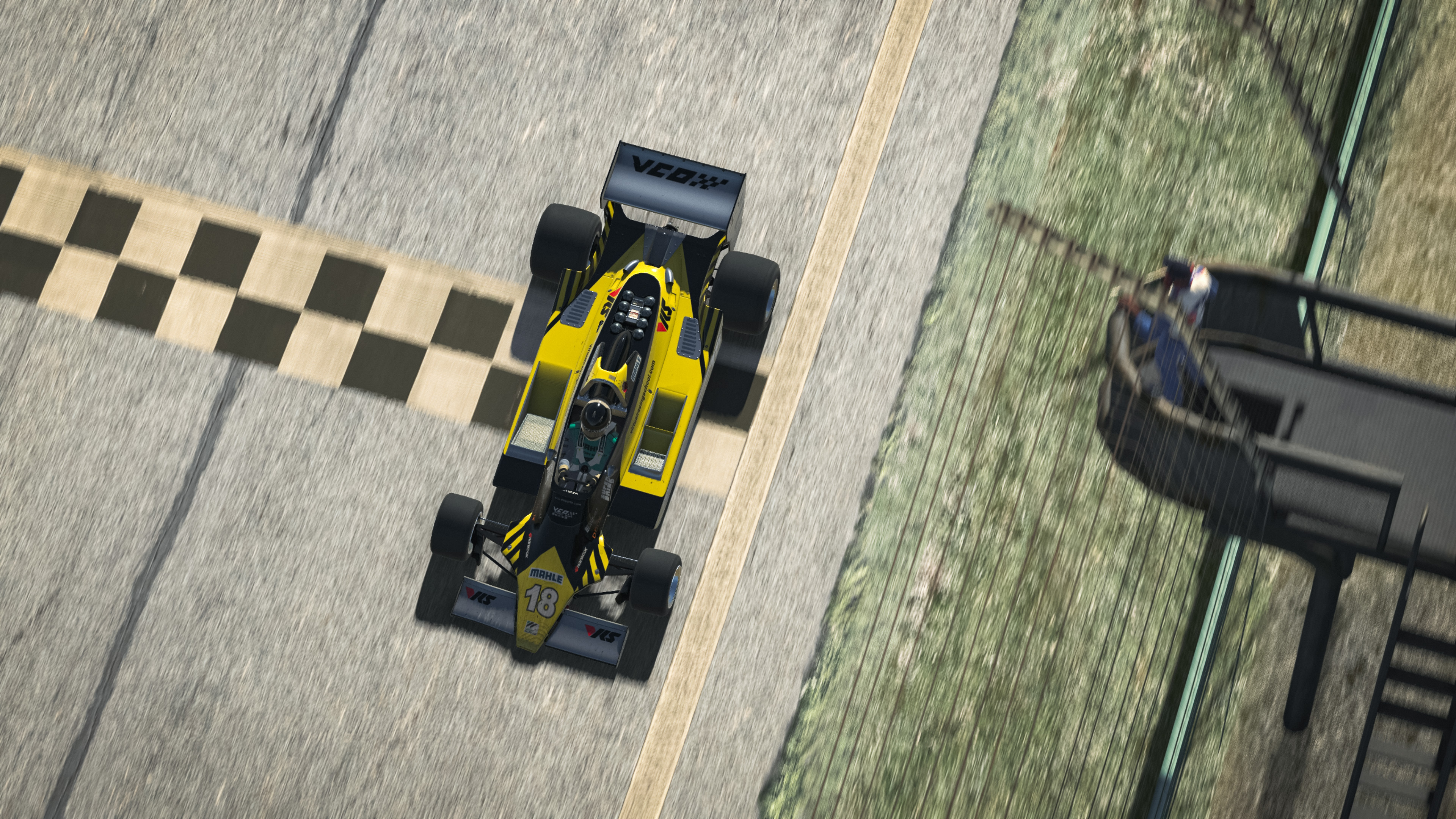 The order of the evening called for a ‘fun’ race to kick things off in Lotus 79 cars, a 20-minute dash around the long layout at Watkins Glen driven by the esports aces only.

Job took pole after Benecke hit the wall at the final turn on a crucial late qualifying lap.

With the Lotus 79, the car leant itself to big slipstreams down the back straight – without the bus stop chicane in this circuit layout – ending with the long right-hand spoon corner.

Maarten Loozenoord shot out of a cannon from seventh on the grid to become Job’s closest challenger initially as a huge crash plagued the back end of the 40-plus car field before even reaching the start line.

And you're still wondering why the “FUN RACE” is called “FUN RACE”? 😉#vcoesports #vcoprosim @iRacing

Benecke dropped to fourth at the start but took no time to pass Martin Kronke for third and worked his way forward into battle for the lead.

With just over 11 minutes to go, Benecke slipstreamed alongside Loozenoord on the back straight and the duo reeled in Job, with Benecke hanging it around the outside of the long right-hander to take the lead.

A lap later, Job took the lead back in the same place and was able to draw a small gap as Benecke and Loozenoord fought behind in what became a six-car train for the closing five minutes.

Benecke took over the lead for the final time on lap nine of 13, as a hard-pushing Job spun coming of the spoon right-hander with two laps to go giving Loozenoord and Kronke the podium places. 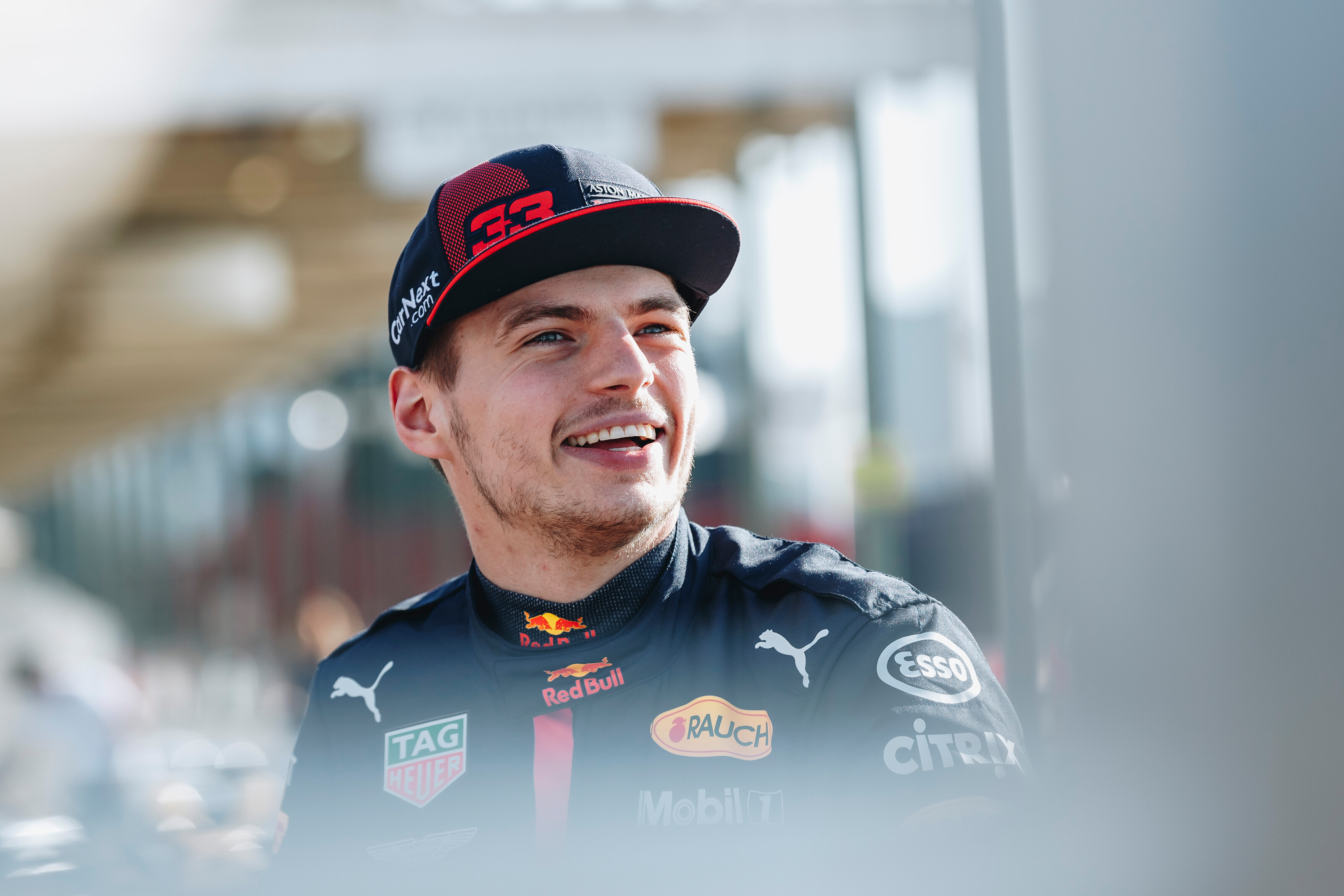