Michi Hoyer won the GT Challenge Series on rFactor 2, albeit in rather unusual circumstances as his championship rivals disconnected from the main race at Le Mans.

The Circuit de la Sarthe race wasn’t red flagged as the rules state red flags are only given if at least 20% of drivers disconnect at once.

Hoyer made the finish of the main race and with it secured a championship which he was looking unlikely to win before the disconnections.

Once the drivers’ lowest points scoring round was dropped from their total, as per the rules, Hoyer had a four point lead over Michal Sedlacek. 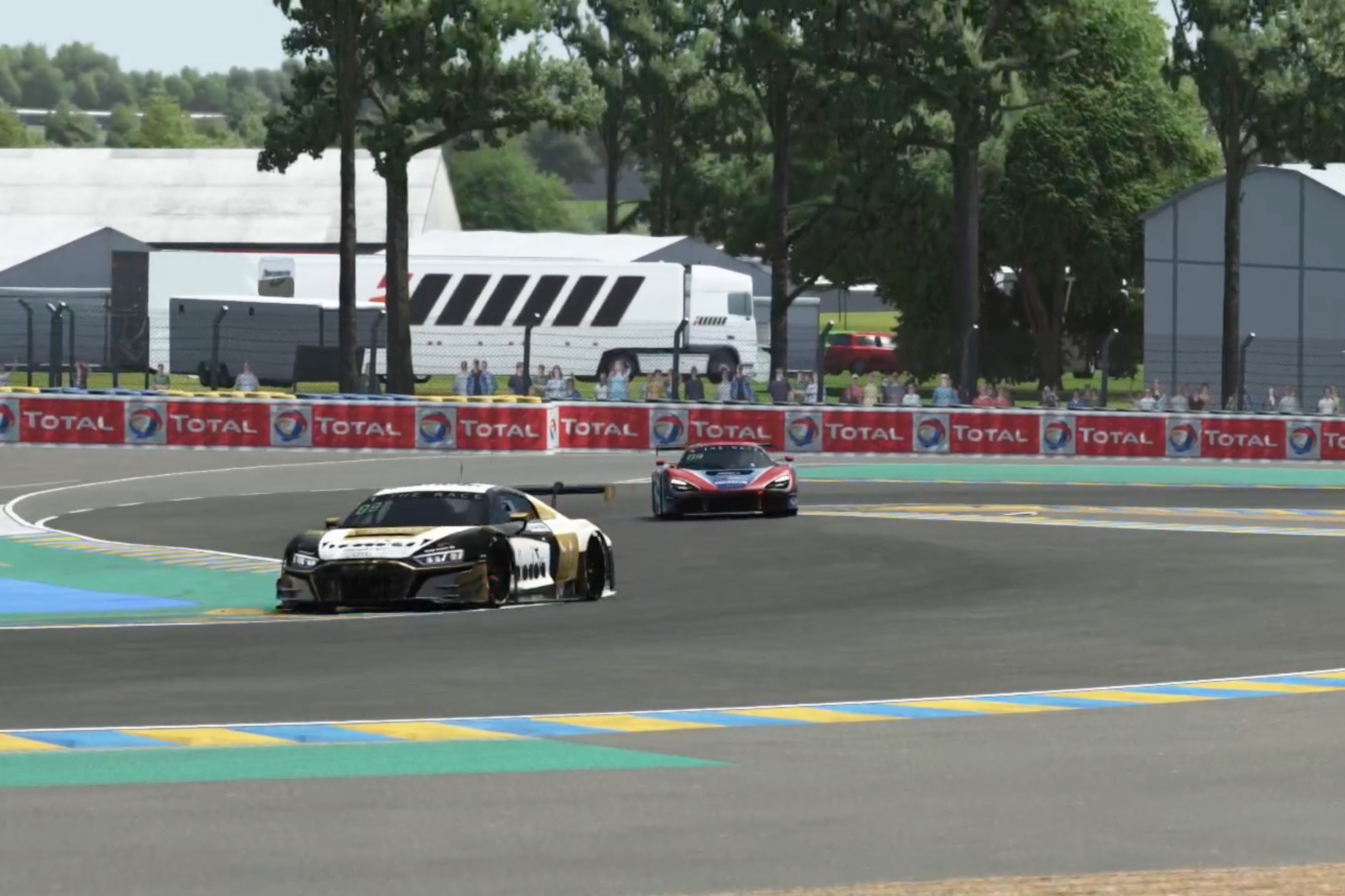 Hoyer’s championship advantage had been shaved by one point in the 15-minute long sprint race – which helps set the grid for the main event as the top 10 is reversed – won eventually by Daniele Cannistraci in dominant fashion.

He started from pole and quickly pulled out a two-second lead over Vojta Polesny in second place edging out of slipstream range which was key to the victory.

Cannistraci won the race by four seconds with Lorenzo Arisi, an outside championship contender, in second place and Matt Richards third.

Hoyer and Sedlacek dropped positions over the course of the sprint race with Sedlacek qualifying in fourth but finishing the race in eighth.

Hoyer fell down one position from the start to the end of the race, with his Audi R8 seemingly lacking straightline speed compared to the other cars which put him at a disadvantage.

Ninth place for Hoyer gave him the second place starting spot for the main race with championship rival Sedlacek starting in third. 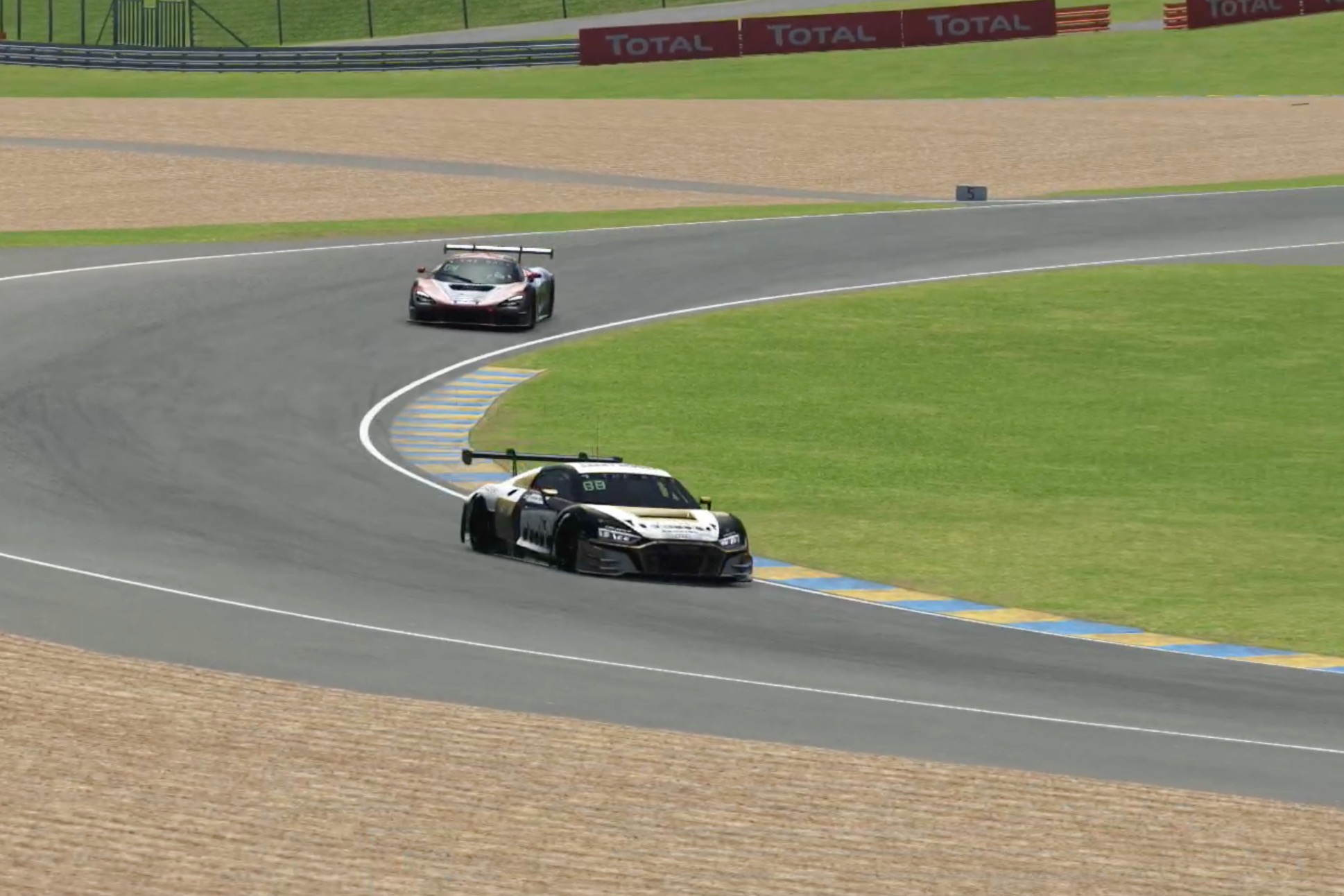 The 45 minute main race went as planned for the first 35 minutes, during which time Sedlacek was in a battle for the lead. Meanwhile Hoyer’s Audi R8 was still costing him down the straights as he steadily fell from second to eighth.

If the two title protagonists finished where they were running in the final 10 minutes, Sedlacek would’ve outscored Hoyer in the championship and won it.

With Lorenzo Arisi running in fourth and also in the lead group fighting for first, he potentially could have won the championship had he got in front of Sedlacek, especially after his strong result in the sprint race.

However with just over 10 minutes to go Sedlacek, Arisi and Polesny all disconnected at the same time.

With Matt Richards serving a drive through penalty for corner cutting, Hoyer moved up to fourth place.

That then became third as Nico Barclay retired from second with five minutes remaining.

Richards caught up to Hoyer on the final lap, and the two made contact at high speed and soared off into the gravel.

That demoted Hoyer down to fifth place, but with all of his nearest championship rivals retiring he claimed an unchallenged championship victory.

The exact championship points tallies haven’t been confirmed but Sedlacek, Arisi, Barclay and Polesny, who entered the final round between second and fifth in the championship, will all be hoping their retirements don’t cost them a top five spot.

That’s because the top five finishers of the GT Challenge drivers’ championship automatically qualify for the GT Pro Series next season.

The bottom five championship finishers of the GT Pro Series are automatically relegated down to the GT Challenge Series.

The second season of the GT Pro and GT Challenge Series will start in August.