Pirro: Reversed-grid tactics were for 'first and last time' - The Race
Skip to content
Gaming

Pirro: Reversed-grid tactics were for ‘first and last time’

Legends Trophy championship contender Emanuele Pirro says he will not try to take advantage of the series’ reversed-grid format in the future, despite it helping him claim a victory at Zandvoort last weekend.

Ex-Formula 1 racer and five-time Le Mans 24 Hours winner Pirro has been a frontrunner throughout the Legends Trophy element of The Race All-Star Series Powered by ROKiT Phones, but he qualified at the back of the grid for race one at Zandvoort, five seconds adrift of Jan Magnussen’s pole time.

The tactic of deliberately qualifying at the back to get a good grid position for race two has mainly been used in the Sim Masters championship, but Pirro was the first in the Legends Trophy to adopt that strategy. 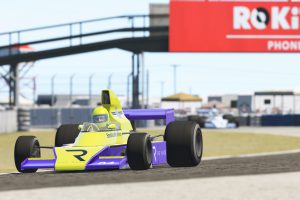 While he converted his reversed-grid pole position into a comfortable victory in race two, finishing 10 seconds clear of Andy Priaulx, Pirro said afterward his chaotic first race from the back of the grid meant he won’t be repeating the trick.

When asked by commentator Jack Nicholls if he deliberately tried to qualify at the back, Pirro said: “Yes I did, but this is the first and last time in my life.

“I tried to be smart [in race one] and tried to keep out of trouble, and it didn’t work. I think I deserved that.

“My pace was not fantastic but I’m happy for a win.”

Pirro came through from the back of the grid to 10th in race one after several incidents, and across the Zandvoort round, he was outscored by Jenson Button, who now leads him in the championship by four points. 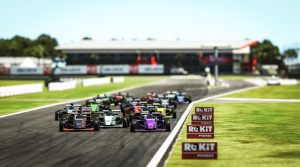 Podcast: What is an F1 simulator experience really like?
Read more

Button took a conventional approach to qualifying, joining Magnussen on the front row for race one and coming home second, and in the reversed-grid race he came from the back row of the grid to fifth.

Pirro praised Button’s approach, saying the 2009 F1 world champion “raced a lot more smartly than me” in the way he came through the field from the back.

Next weekend the Legends Trophy field will race modern-day IndyCar machinery on the Indianapolis oval, which could be a chance for some of Button’s and Pirro’s rivals to make up ground in the title race as neither has raced on an oval before.

“I’m looking forward to Indy, it will be a great debut, and wow – I’m already scared!” Pirro added.