Williams’s Alvaro Carreton claimed his first pole position of the year as he was the only driver to lap the Red Bull Ring in under 1m02s.

Championship leader Jarno Opmeer started alongside Carreton on the front row for Alfa Romeo, with Red Bull locking out the second row with Marcel Kiefer the better of the two drivers.

Off the grid it was clear who elected to start on the medium compound tyres as Opmeer immediately dropped behind Kiefer and under braking for the Remus corner he ceded positions to Frederik Rasmussen and Nicolas Longuet, who were also on the softs.

Polesitter Carreton held the race lead until the seventh lap when Kiefer, with the aid of DRS, overtook into the inside of Remus and then his team-mate Rasmussen followed him through and took second away from Carreton to establish a Red Bull top two.

The top four made their pitstops to give the drivers who started on the medium tyres track position temporarily.

Simon Weigang, who’d found his way past Opmeer, led the medium runners and kept ahead of Opmeer after the pitstops thanks to a one lap undercut.

Opmeer left the pits within DRS range of Weigang, while the Haas driver was six seconds behind the top four but now on the softer tyres. 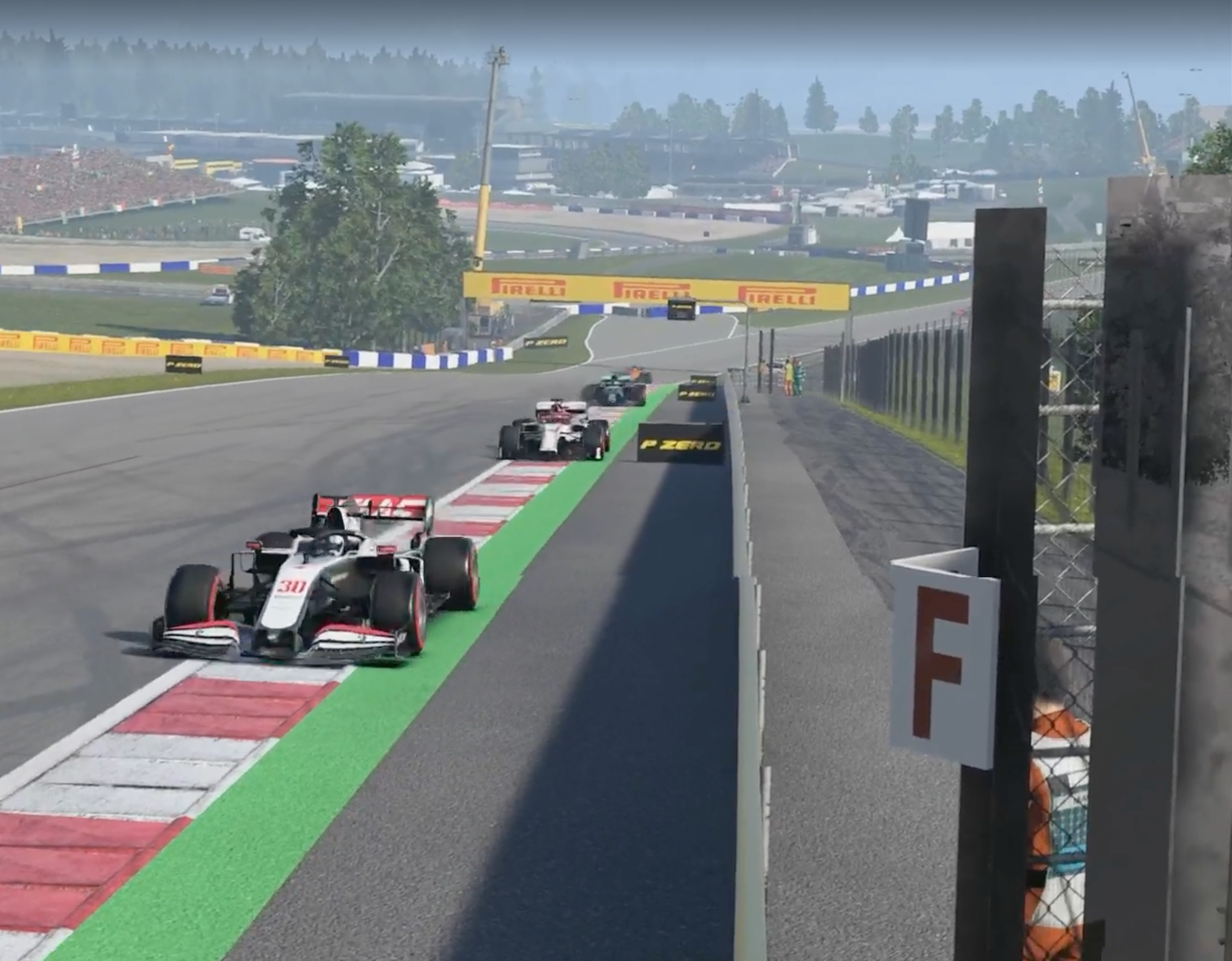 A couple of laps after he fitted the soft compound tyres Opmeer overtook Weigang for fifth and set about catching up to the top four who were ending the race on the slower medium compound tyres.

The advantage of DRS and grippier tyres helped Opmeer overtake Longuet and Carreton at the braking zones for Turns 3 and 4, but the Red Bulls proved to be a much trickier challenge.

"ALL THE WAY AROUND THE OUTSIDE"

Edge of the seat stuff from @jarno_opmeer 😲

Come and watch this #F1Esports race with us!

Both Kiefer and Rasmussen tactically used their ERS energy to keep Opmeer as far behind as possible into the two main overtaking spots.

With Rasmussen benefitting from DRS from his team-mate and the fast degrading soft tyres that Opmeer had, the Alfa driver was unable to overtake them as he had so many of the previous rounds.

That meant Kiefer won the Austrian round with Rasmussen in second to secure a Red Bull 1-2.

Opmeer’s third place ensures he maintains his 100% record of finishing in the podium positions and his drivers’ championship lead. 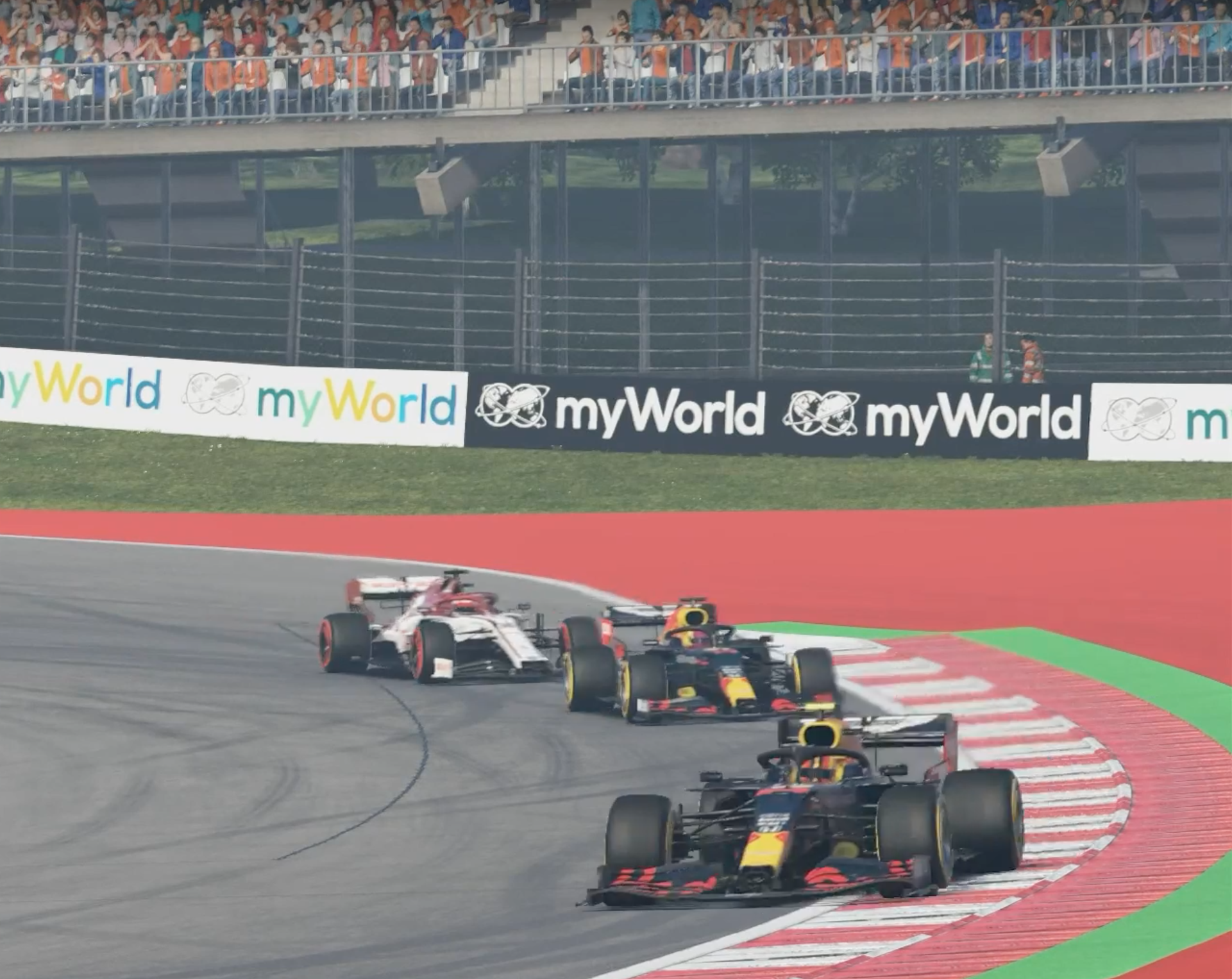 The soft-to-medium tyre strategy proved to be the preferable one as Carreton and Longuet held onto fourth and fifth respectively.

Weigang had passed Longuet for fifth, but lost the place again on the run to Turn 4 on the final lap as his 12-lap old soft tyres lacked grip.

The second Alfa Romeo driver Daniel Bereznay crossed the line in seventh, which wasn’t enough to keep Alfa Romeo at the top of the constructors’ standings.

Alfa Romeo had a three point advantage over Red Bull heading into the sixth race of the Pro Series, but the 1-2 result for Red Bull puts it on 185 points, 19 ahead.

Opmeer is still the only driver to have reached triple figure points on 123, although his gap to Kiefer has shrunk to 27 points.

Rasmussen is third in the table and a further 10 points back with Longuet the next best driver on 60 points. 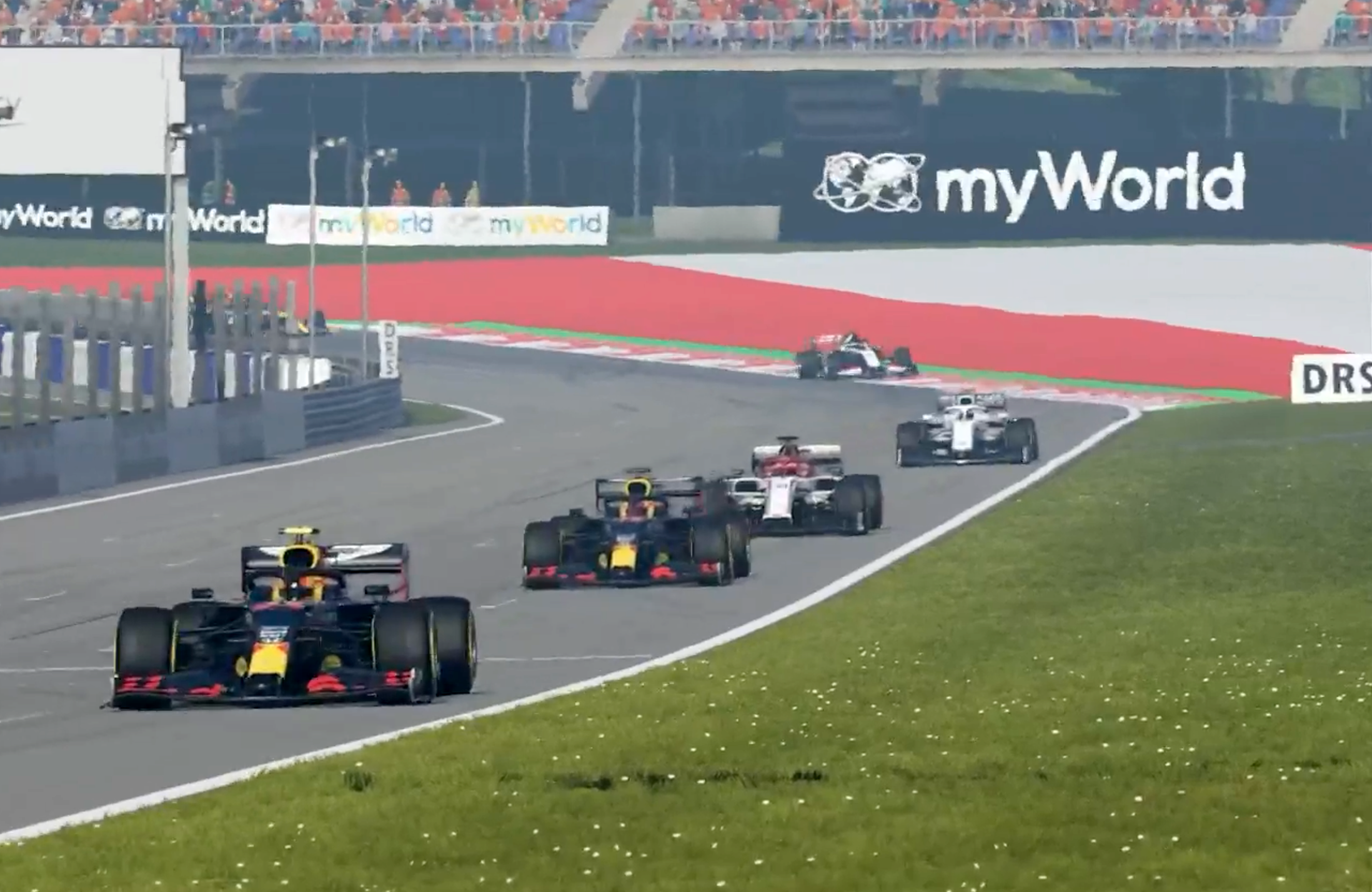