Jeremy Bouteloup and Alejandro Sanchez became the fifth and sixth different race winners in this season’s Porsche Esports Supercup as they shared the victories at Silverstone.

Josh Rogers maintained his 100% record of being the fastest driver in qualifying and securing the full 10 points from that session.

His championship rival Sebastian Job was the second quickest and scored two fewer points in qualifying, but started one place ahead of Rogers due to the reversed top eight starting grid.

Bouteloup therefore started on pole position and was unchallenged for the entirety of the 15 minute long sprint race to take the race win.

Patrik Holzmann also began the sprint race on the front row, but dropped to a second behind Bouteloup before being overtaken by two drivers behind.

Alejandro Sanchez and Maximilian Benecke both overtook Holzmann by taking the outside line at Vale to have the inside for Club corner and get the better exit onto the start/finish straight.

They went on to take the bottom two spots on the podium with both finishing less than a second behind Bouteloup. 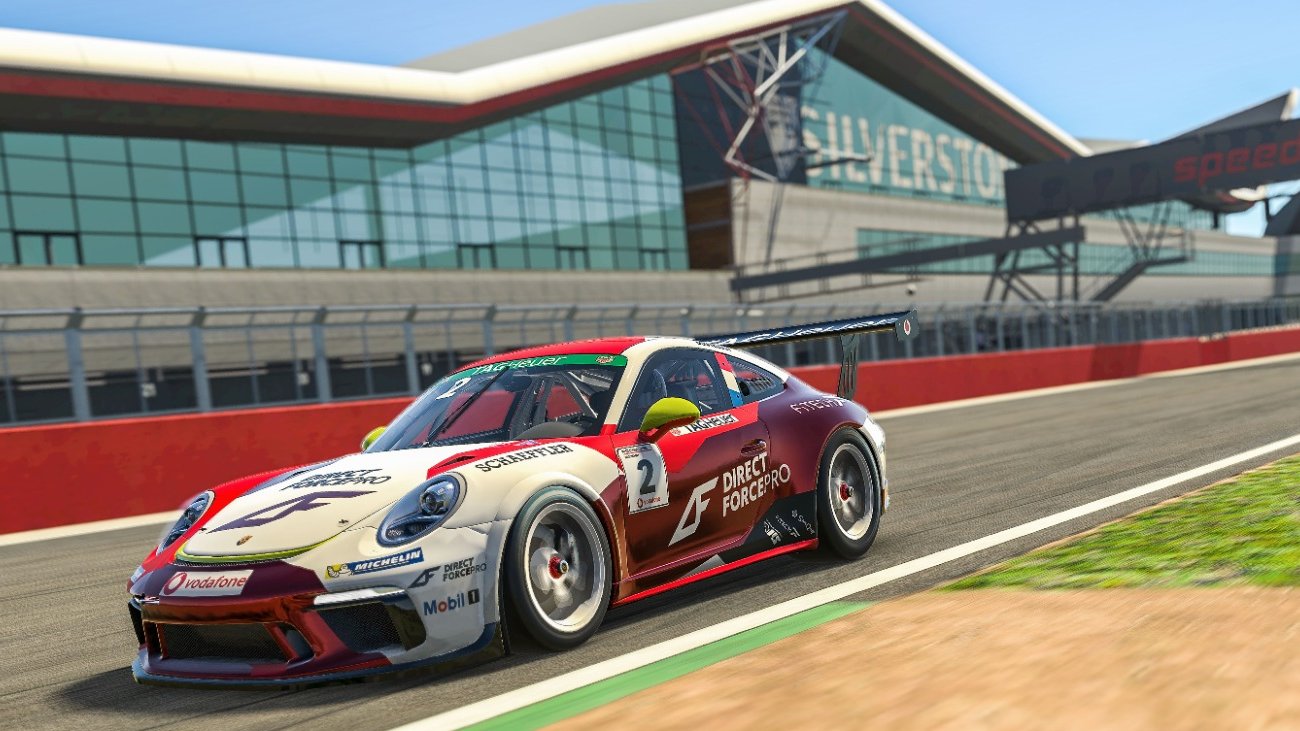 Red Bull locked out fourth to sixth positions with Holzmann finishing in fourth and a final lap overtake by Job on team-mate Graham Carroll meaning he finished in fifth, and two positions ahead of reigning champion Rogers.

Sanchez’s second place finish in the sprint race meant he started the main race on the front row.

A better launch away from the grid meant he took the race lead away from Bouteloup at the first corner, with Benecke passing the Coanda driver at Village.

Job gained one place at the start by passing Holzmann and later in the first lap he moved up to third by getting a better exit out of Copse than Bouteloup.

On a couple of occasions Job pulled out to have a look at passing Benecke but wasn’t able to make a move stick.

Sanchez, Benecke and Job maintained their position for the rest of the race and were running line astern having pulled out a two second gap over Bouteloup.

Benecke’s podium finish meant he hit an 11,000 iRating – the first driver ever to have achieved that feat.

Bouteloup finished in fourth and Red Bull’s Holzmann fifth, with Jeff Giassi in sixth having benefited from Rogers crashing.

On the opening lap Rogers was looking to clear Job’s Red Bull team-mates and challenge his nearest challenger to the championship.

However the Australian driver ran wide on entry to Becketts and as he rejoined the racing line he was rear ended by Dayne Warren. 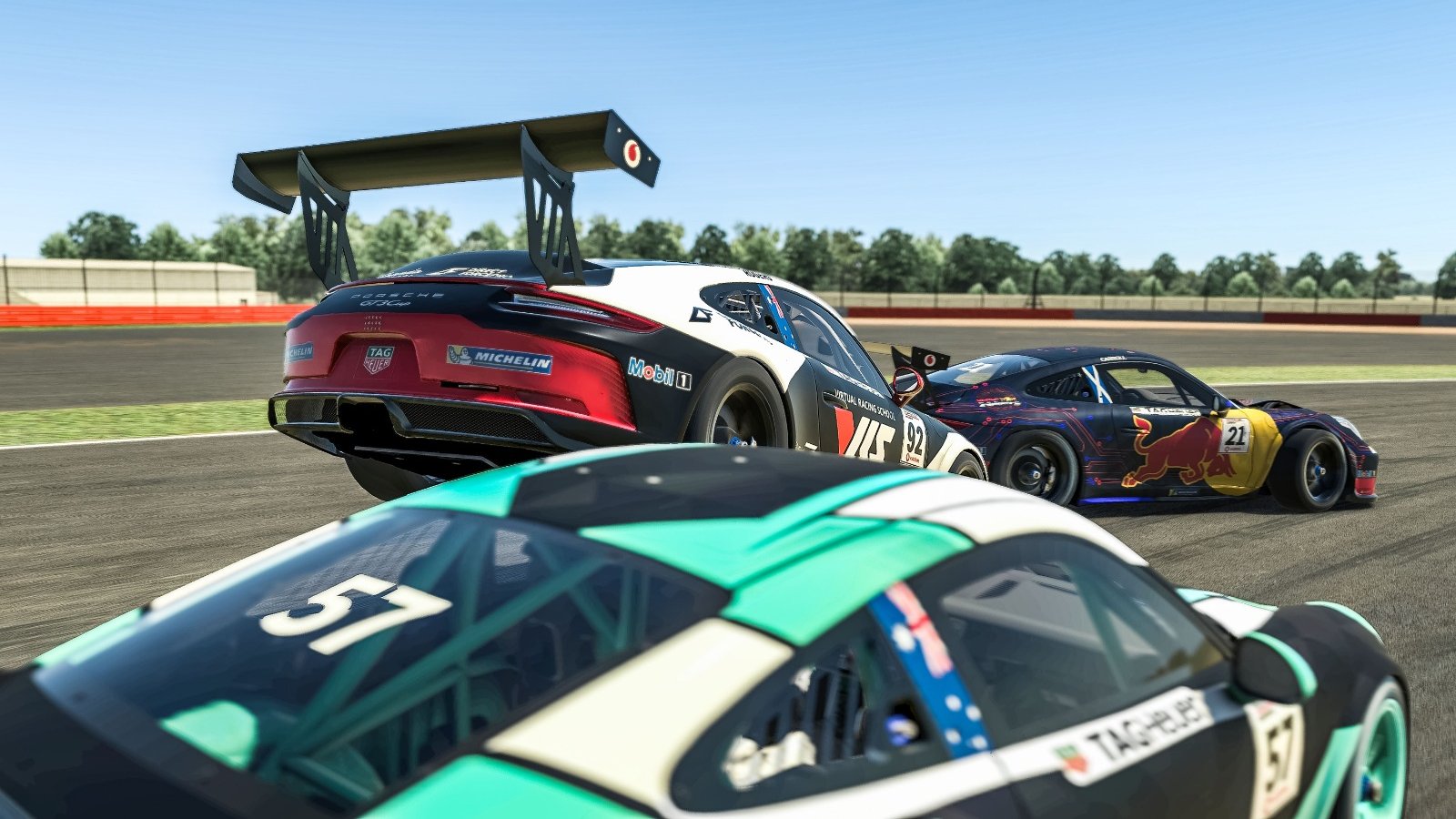 That sent the rear of Rogers’ car up into the air and then into the back of Carroll’s – which resulted in them both falling down the order.

Rogers recovered from 28th to 17th place, dropping from the championship lead to fourth in the standings.

With the results from the Le Mans round revoked after the sprint race ran unexpectedly long and the following round at the Nurburgring Nordschleife not taking place at all, both due to technical issues, this is the fourth points scoring round of the season.

Both the Le Mans and Nurburgrig rounds have been rescheduled for September, delaying the final round at Monza by four weeks until October 10.

Job leads the drivers’ championship by 18 points over Benecke in second with Silverstone main race winner Sanchez now third in the standings.

The next round of the season will take place on August 1 at Road Atlanta. 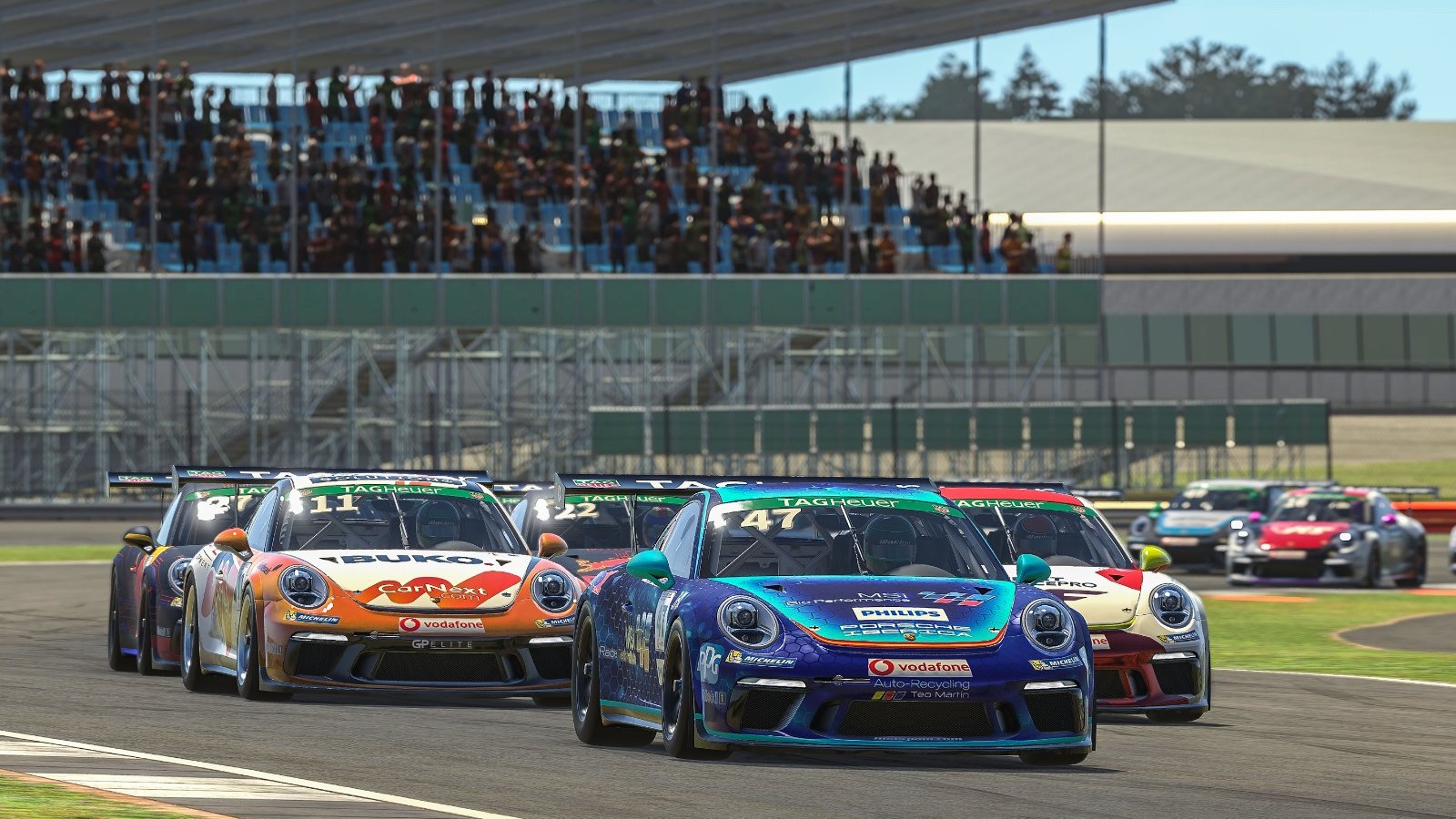