A good start for Simoncic saw him take the inside line into the first corner and establish an early lead.

With the Slovenian leading the standings by 29 points heading into this round of the championship, it was possible he could have secured the drivers’ title had results gone his way.

However, a disconnection on lap 16 meant he scored no points in the race.

Petar Brljak, who is Simoncic’s nearest championship rival, qualified in fourth but dropped a position to Alex Siebel at the start.

But a successfully pulled off the undercut strategy allowed Brljak to jump ahead of Siebel and Muhammed Patel to take second place.

The lack of on-track overtakes made it apparent that Zandvoort wasn’t an easy track to pass another driver at, with Brljak sticking firmly to the back of Jordan’s car for the rest of the race.

In the final few laps the Williams Esports driver had a couple of attempts at taking first place, trying both for the inside and outside lines at the first corner to no avail.

Jordan held on to win by just over a quarter of a second over Brljak, with Patel in third and within a second of the race winner.

Siebel was jumped by Janos Bracsok in the first pitstop phase, but was able to pull alongside Bracsok into the first corner on the penultimate lap and get a better drive out of it to claim fourth position.

Of 21 starters, only 11 drivers saw the chequered flag as the race produced a number of crashes.

Simoncic’s team-mate Robin Pansar also failed to make it to the end of the race as he locked wheels with Tomasz Wach at Turn 2 as Wach left the pits, sending them both into the barrier and causing severe damage. 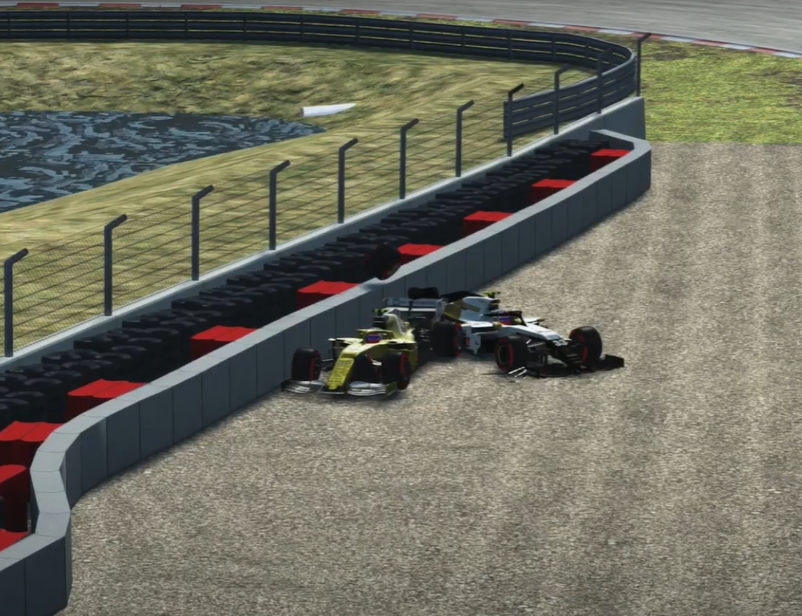 The most unusual coming together came at the halfway mark when Sander Kallas caught up and rear ended a slow-moving Marek Godek, sending Godek spearing off and into the pitwall.

Shortly afterwards Kallas elected to pit and retire due to damage he sustained from the collision.

Simoncic’s failure to finish along with Brljak’s 18 points for second place mean the Burst Esport driver’s championship lead has been cut to 11 points.

Dennis Jordan is third in the championship but is unable to challenge for the title as he currently trails Simoncic by 51 points.

There are only two more races in the Formula SimRacing World Championship left to run, with the next round being held at Suzuka on July 26.