Opmeer started from pole position with his team-mate Daniel Bereznay joining him on the front row. Opmeer’s decision to start on the medium compound tyres hurt him at the start.

He was forced to the outside of the first complex of corners at the Shanghai International Circuit, dropping to fourth place before being overtaken by Frederik Rasmussen for fifth down the long back straight.

Both Ferrari drivers disconnected from the race on the second lap, with Tonizza falling from third place which handed a position back to Opmeer.

Drivers first started to pit at the end of the third lap, with Rasmussen among the first group as he attempted to undercut his team-mate, Marcel Kiefer. 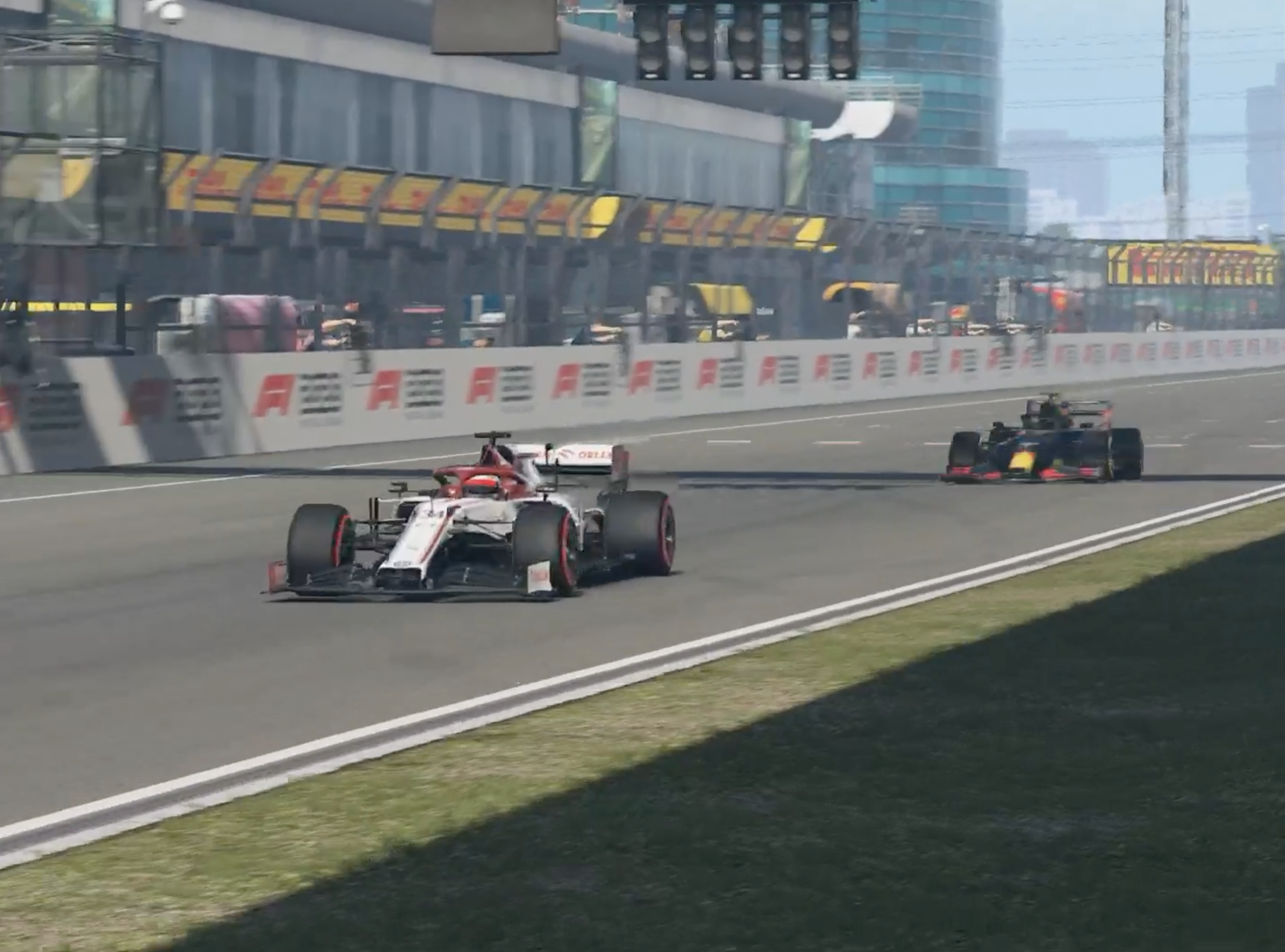 Kiefer came in on the following lap, also changing his soft tyres for mediums, but retained track position ahead of Rasmussen.

The one lap undercut worked further for Kiefer as he got ahead of Bereznay to take the net race lead, but Bereznay came out ahead of Rasmussen to split the two Red Bulls.

Opmeer assumed the lead of the race before pitting to change from medium to soft tyres much further into the race, exiting in an effective fifth place.

🏁 It's an #F1Esports WIN in China for @SauberEsports's @jarno_opmeer – that was an incredible battle into the lead! 🏆

The Dutch driver made light work of Alpha Tauri’s Joni Tormala and Lucas Blakeley of Racing Point on the new and softer rubber and then quickly closed down the three second gap to Rasmussen in third.

With three laps of the race to go Opmeer dove up the inside of the Turn 6 hairpin to pass Rasmussen, and then slipstreamed past Bereznay for second.

On the penultimate lap the combination of grippier tyres and DRS meant Opmeer was able to get back ahead of Kiefer to win in China. 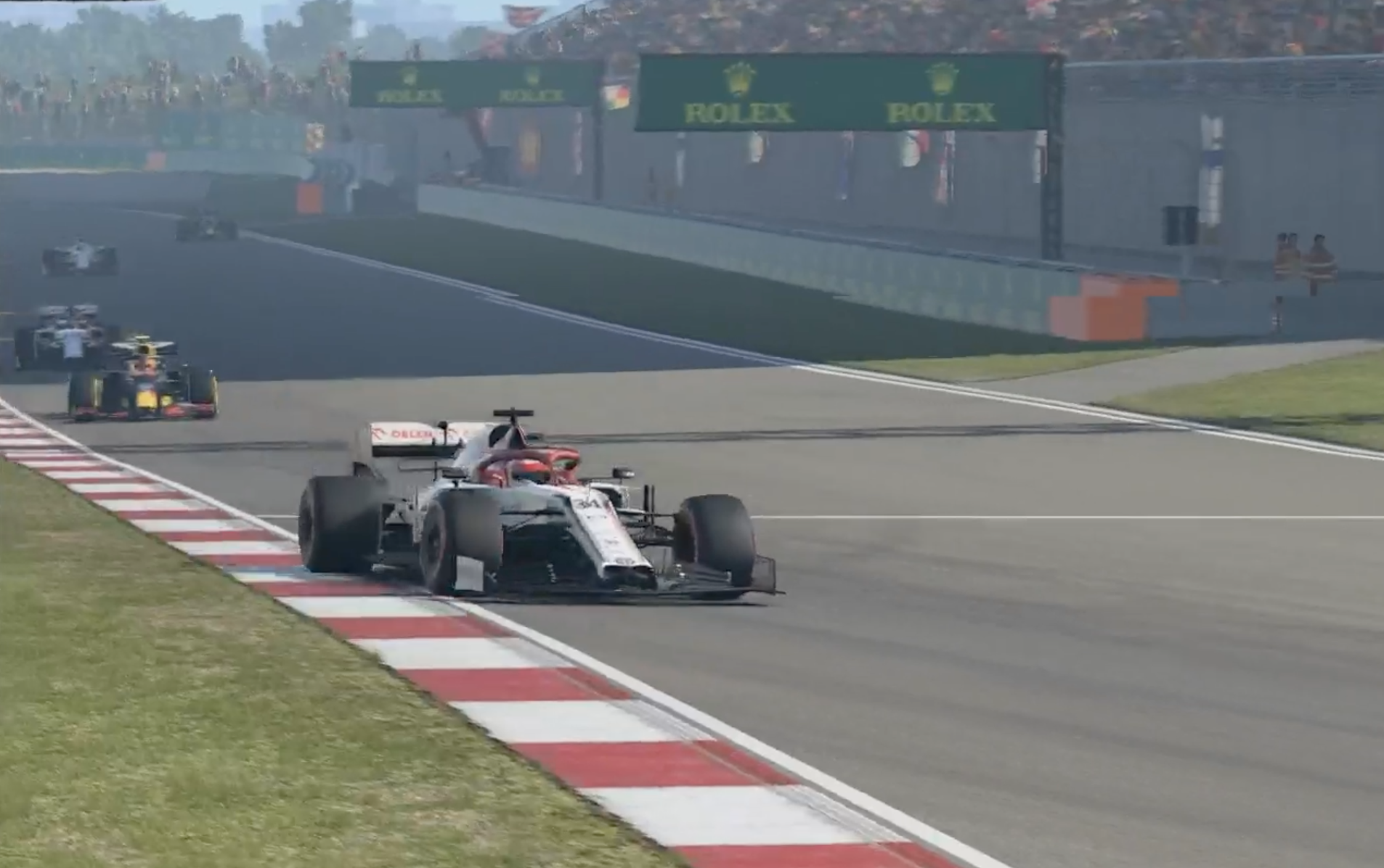 Kiefer’s overcut on Rasmussen and undercut on Bereznay helped him to beat both of them as he crossed the line in second and Bereznay third.

Williams’ Alvaro Carreton opted for the same race strategy as Opmeer and pitted for softs on the same lap as him, and like Opmeer he was able to make up several positions in the final phase of the race to finish in fourth and ahead of 2019 runner up Rasmussen.

Blakely and Tormala held onto sixth and seventh, just ahead of Cedric Thome who scored Haas’s first points of the year with the medium to soft tyre strategy rising from 15th.

The Ferrari drivers ended the race in 19th and 20th due to their disconnections very early into the race.

The next two races in the 2020 F1 Esports Pro Series, around the Zandvoort and Circuit Gilles Villeneuve tracks, will take place on November 4.

The first two races of the season were held on Wednesday, with Opmeer winning in Bahrain and Tonizza victorious in Vietnam. 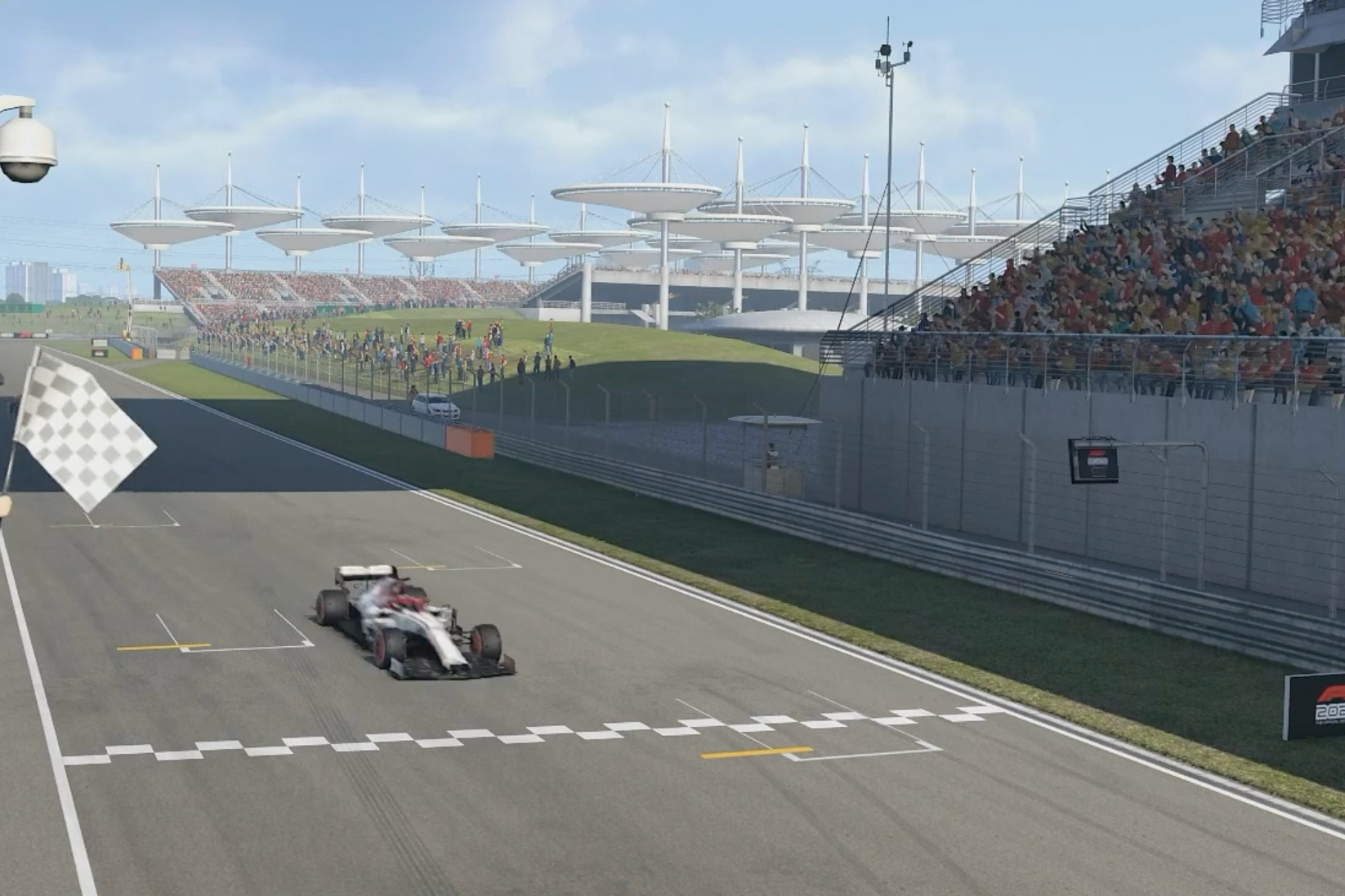