Gary Anderson: The biggest losses and gains of F1 2020 - The Race
Skip to content
Formula 1

Gary Anderson: The biggest losses and gains of F1 2020

We’re 11 races into the 2020 Formula 1 season and in another quick pause before the next double-header, so it’s a good time to have a closer look at who’s hot and who’s not now that we have a decent number of events to base the data on.

We’ve seen a good mixture of circuits, from low downforce Monza all the way to high downforce tracks like Barcelona and Nurburgring with plenty in between, which gives us a good picture of the competitiveness of the 10 teams on the grid.

As usual when assessing the field’s outright performances, I have converted the fastest time by each team from each weekend into a percentage of the outright fastest, which means everything is directly comparable.

Those fastest times usually come from qualifying. For the second race at the Red Bull Ring, the Styrian Grand Prix, I’ve used the FP2 times as the Saturday times were a washout and not representative.

Here are the results, with all the figures representing percentages: 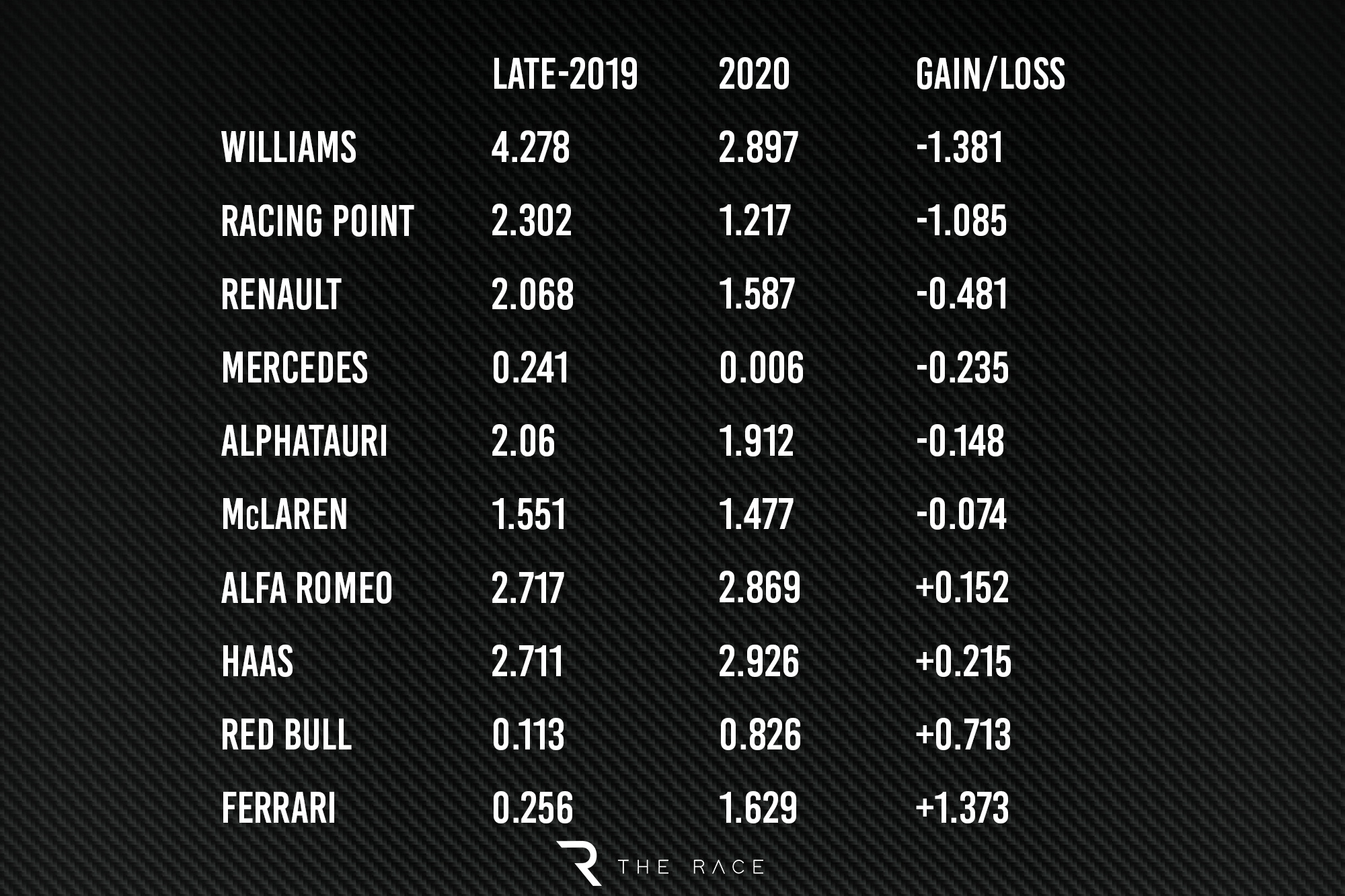 The first column is an average of the last four races of 2019, which shows us how each team ended the season. The next column is the average of the 11 races from 2020 and the third is the gain/loss for each team. The change from last year is the column I have used to order them.

Let’s start at the bottom to see the teams that have lost the most.

Inevitably three Ferrari powered teams occupy three of the four slots in that category, so they can be looked at as one. 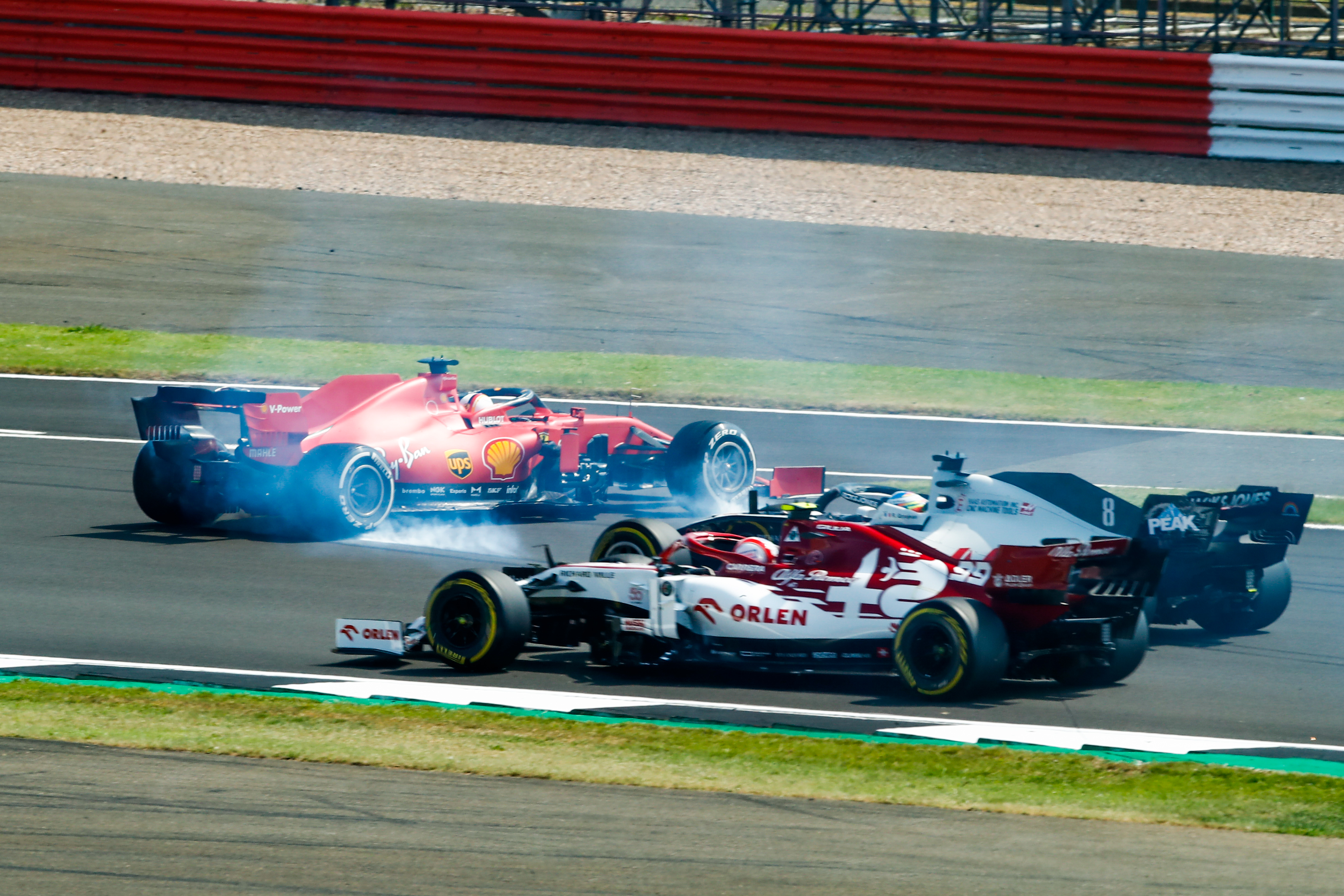 If we assume that Ferrari has lost everything from its changes around power unit regulations compliance then we could say that Alfa Romeo and Haas, with the same engine, have actually progressed impressively.

However, if Ferrari was pushing the limits of what was acceptable from its power unit regulation wise in 2019, the last thing that I would have expected it to do would be to supply that same controversial system to other teams. Perhaps you’d give them a diluted version of it but not go the whole hog.

Ferrari has talked up the upgrades it introduced at Sochi and the Nurburgring, and Charles Leclerc’s qualifying position suggests that some progress is being made, although he struggled on the soft tyres at the start of the Eifel Grand Prix and perhaps his fourth place on the grid was better than the car deserved.

He suddenly went from 0.8s slower than Valtteri Bottas in qualifying to two seconds slower than him in the race. That is a big drop off. 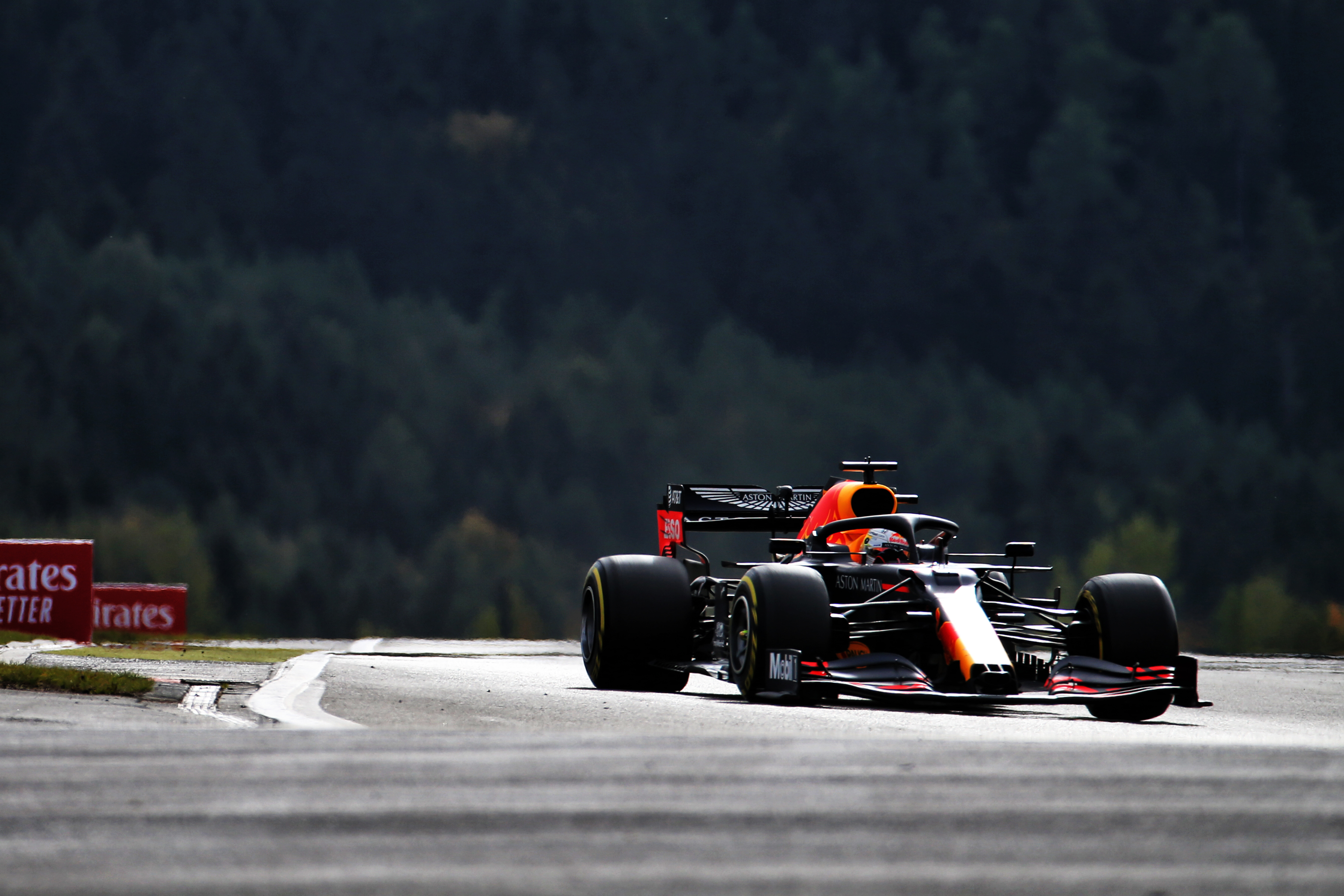 We have all said Red Bull needs to start strongly to be able to fight for a championship and it again failed to do that this year. Dropping off by 0.713% is unfortunately the wrong direction and it is very similar from year to year.

I know that Mercedes was pushed to what was probably its limit to come up with an answer to what Ferrari seemed to be able to produce power wise, but even that plus chassis development only added up to -0.235% so Red Bull effectively still lost half-a-percent.

Red Bull has made good progress in recent races with upgrades, but looking at the gaps to everyone else, it was perhaps so close to Mercedes at the Nurburgring because Mercedes didn’t show its full potential in qualifying.

We need another couple of races to see what direction the trend is going to go in. 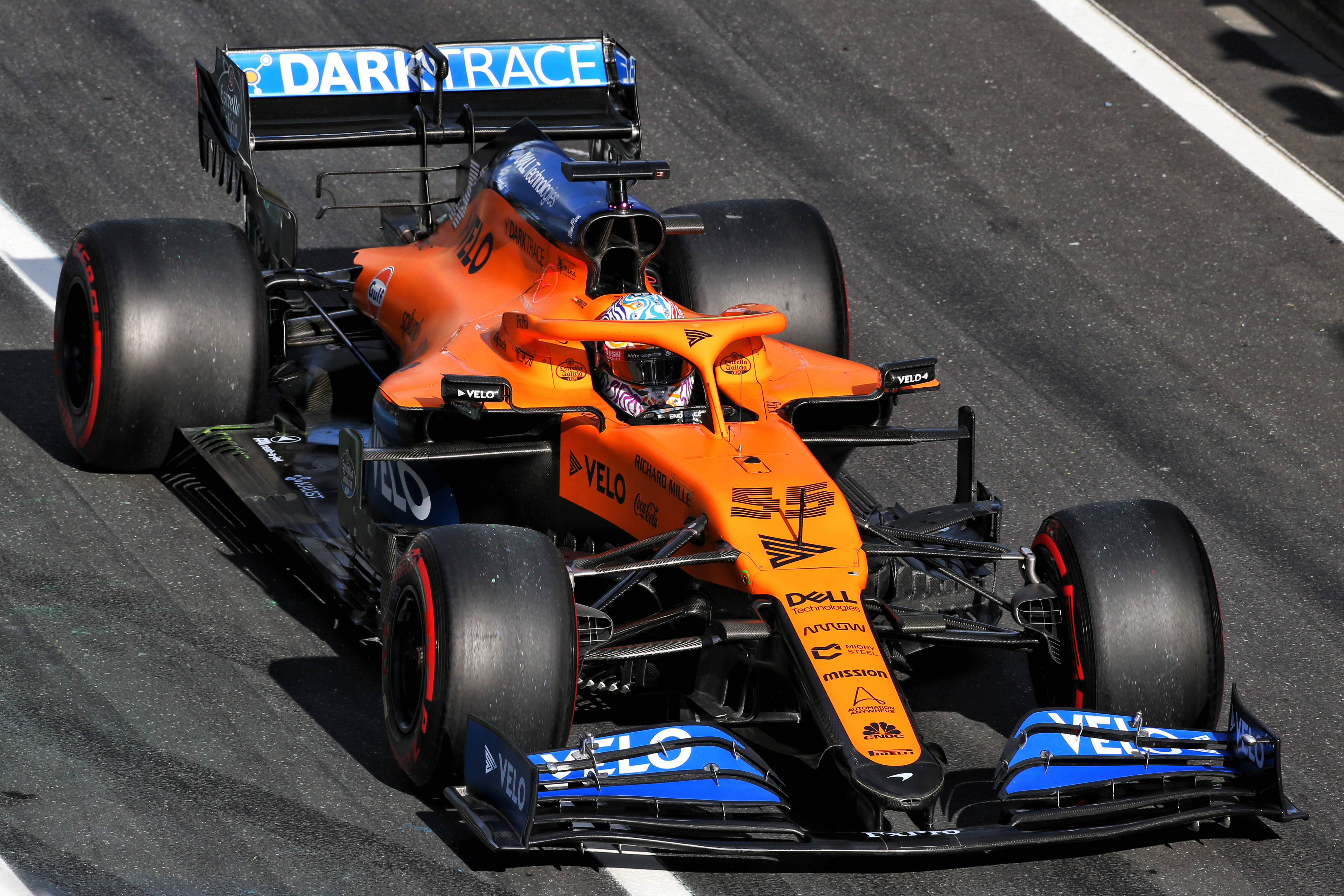 McLaren has really stood still. Anything within 0.1% is a general fluctuation that comes and goes with each race depending on how the car suits the individual tracks.

It did start the season stronger, but has struggled recently and the reason for that could be that it’s in the middle of introducing a reasonably significant development package that includes the new nose. So perhaps McLaren just needs a bit more time to pull it together.

The next couple of weekends in Portugal and Italy will be important as they hopefully prove that the package built around the Mercedes nose concept does work. If not, it raises some questions about McLaren’s correlation between windtunnel/CFD and track.

AlphaTauri has improved since last year, but again it’s by a relatively small amount.

It now has a much closer working relationship with partner team Red Bull, even though their cars are still quite different in aerodynamic specification and how they run them.

But even though AlphaTauri won at Monza, which was a fantastic result for a small team, it still struggles to be consistently in that fight for top-of-the-midfield bunch. This is a team that should be able to fight with Renault, McLaren and Racing Point more often.

That said, while the pace isn’t always there, the results have been good and, aided by that Monza win, it’s only 13 points behind Ferrari. I think most of that is down to Ferrari’s problems, though. 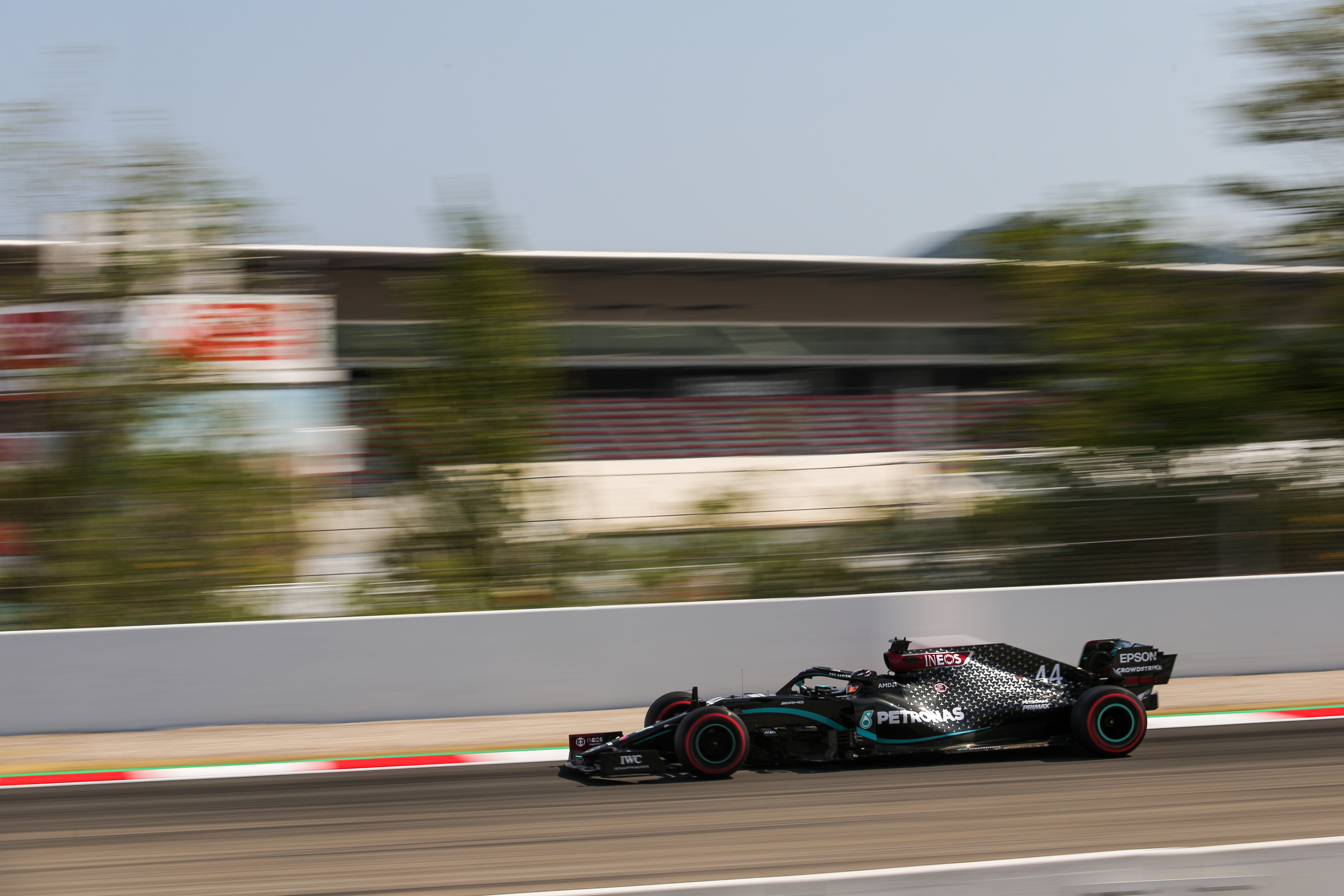 There’s not much to say about Mercedes other than that it has taken an already-dominant package and made it better.

That’s not easy with stable(ish) regulations as the opportunities to improve diminish very quickly so hats off to everyone involved as they have done an incredible job on both the chassis and power unit over the past seven years.

We’ve seen big gains with the power unit and also the new rear suspension design, but ominously for the rest they are talking about having completed all its 2020 development work with the focus now on ’21.

From what I see at the moment there’s no reason they can’t make it eight drivers’ and constructors’ championships in a row by dominating next year too. 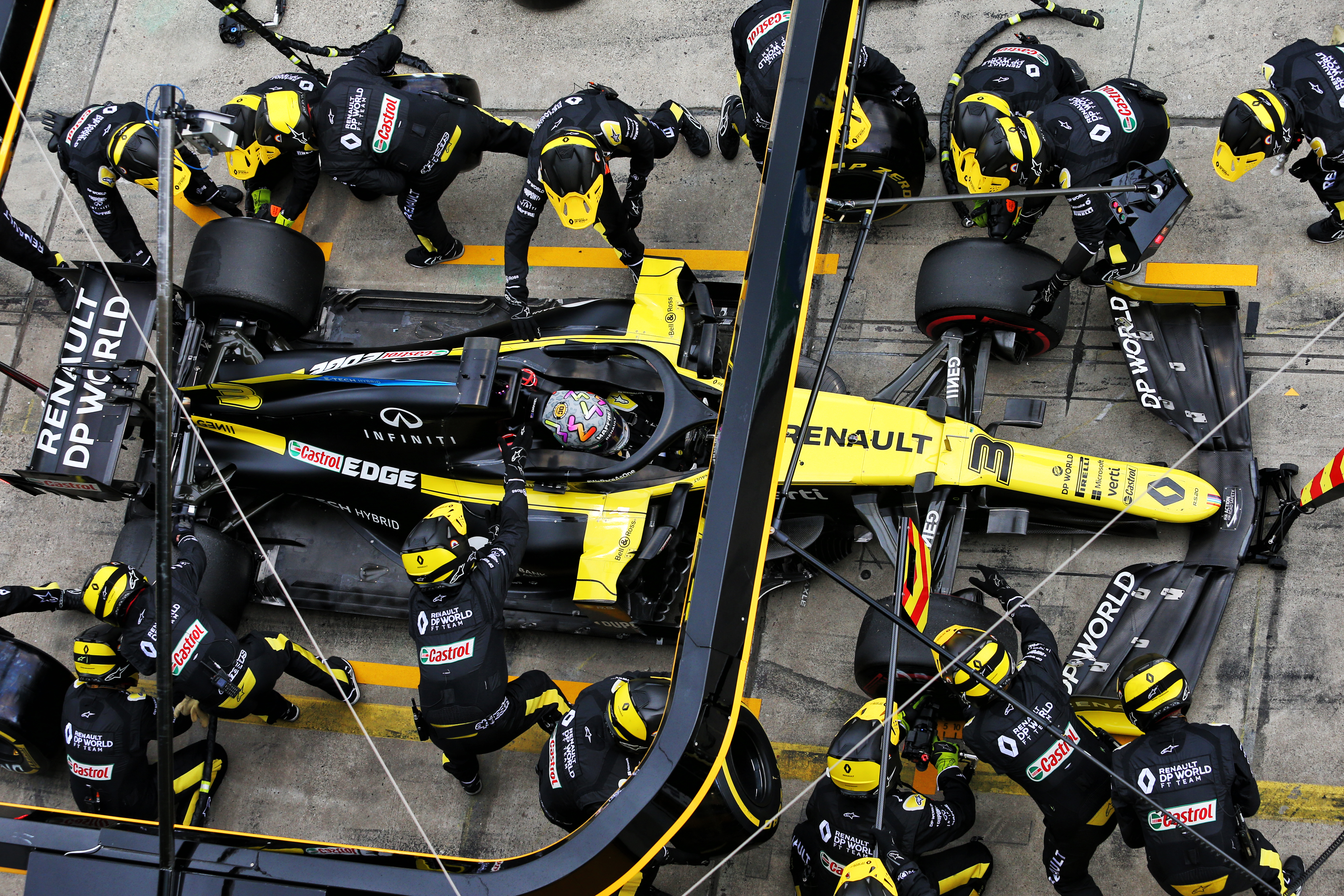 This is a decent improvement for Renault and most of this has come in the last five or six races.

It seemed to find its feet around the Silverstone races and most importantly seems to have understood why and been able to carry that forward to other circuits that require different mechanical and aerodynamic set-ups.

This bodes well for the future. As I often say you need to identify your problems and then go away and rectify them, as opposed to just keep blindly developing the car hoping that something will magically fix it – doing that you actually make the car worse.

The Renault has certainly made gains in terms of traction and also, in recent races, consistent rear downforce especially on corner entry. That has made it easier to balance the car and allowed it to become a regular leading midfielder. 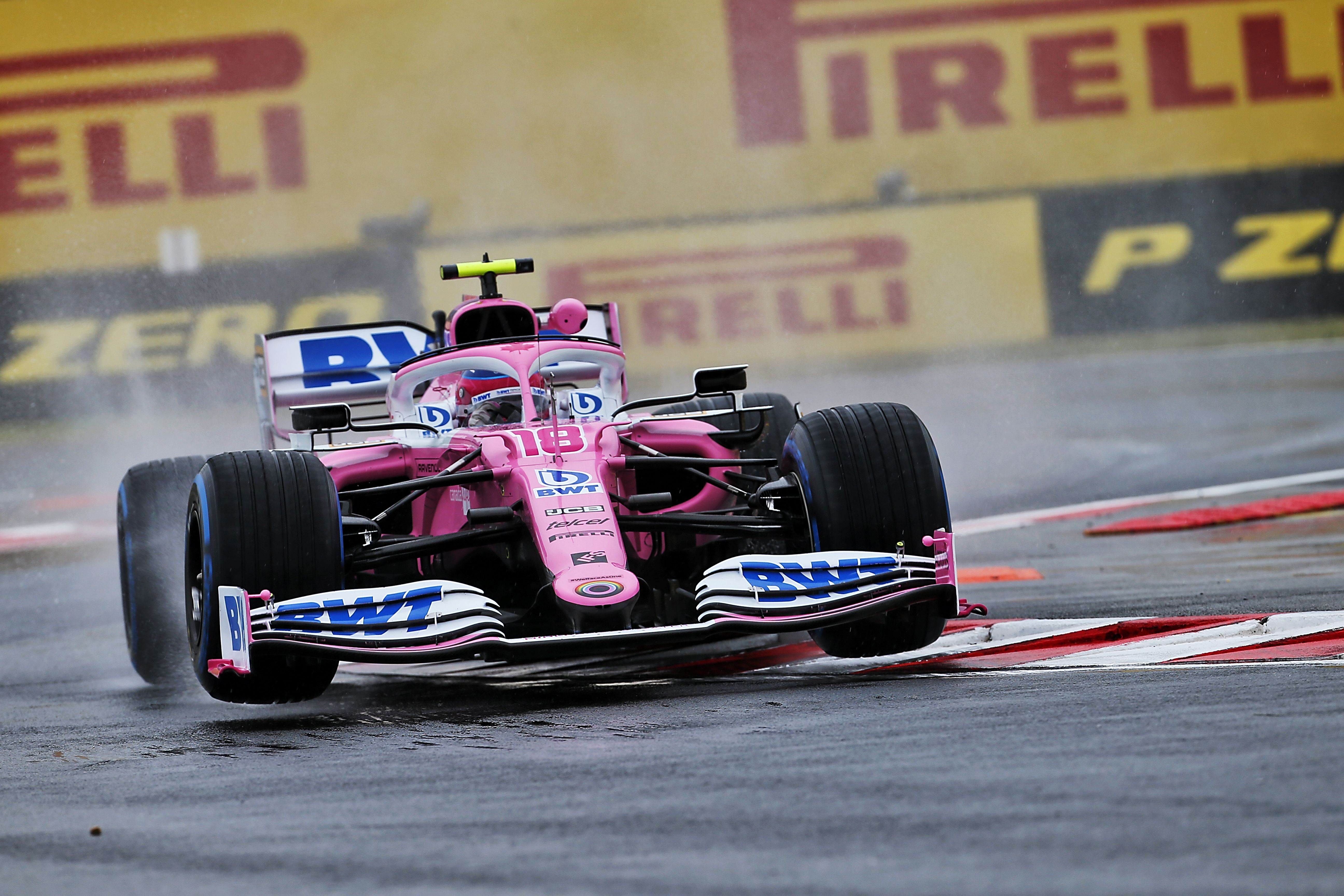 Racing Point really was a lot further away from where it should have been at the end of last year, so it’s not surprising to see this amount of progress.

Personally, I would have like to have seen it happen without the need to focus quite as closely on the 2019 Mercedes, but there has been enough said about that.

The team has not had an easy season so far with Sergio Perez catching COVID-19, missing two races and then Lance Stroll being sick at the Nurburgring. Stand-in Nico Hulkenberg is no slouch, but he needs to get a few miles under his belt before he will really be able to bring home a big result. 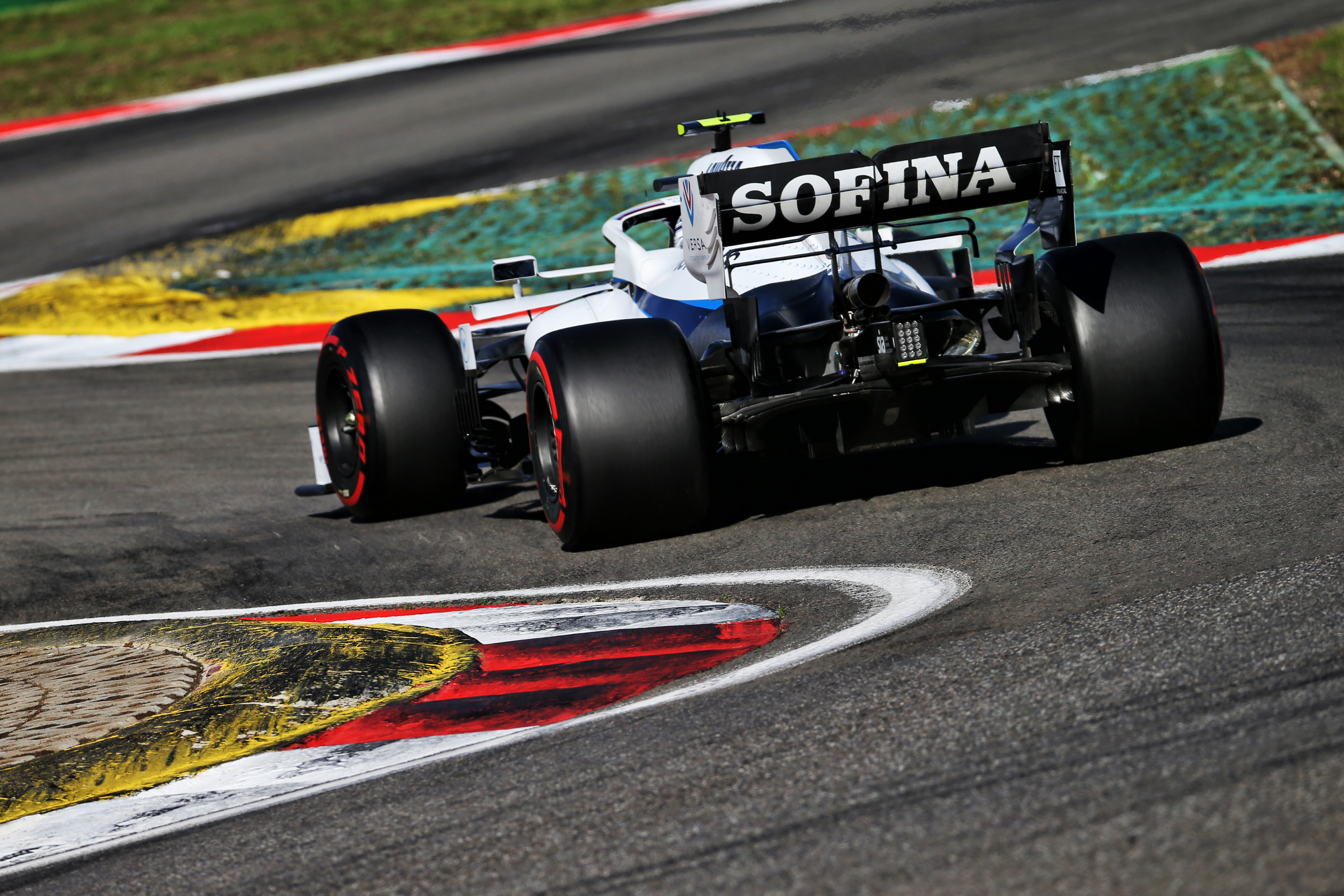 Williams is the opposite of Mercedes. While Mercedes had very limited opportunities to go forward, the same could not be said for Williams.

There was lots of low hanging fruit to pick and, to the team’s credit, it has moved forward to be on the back of and occasionally in that midfield bunch.

But the team did hope for a little more. With the new owners, perhaps Williams can restructure and build for the future to get itself back where it expects to be.

We’ve only got six races remaining, and while the drivers’ and constructors’ championships are as good as settled, that midfield battle between Racing Point, McLaren and Renault is the one to watch.

The next three races and then the second race in Bahrain which is on a different track layout are new to the teams. It’s a long time since we have been to Imola or Istanbul, and Algarve is new to everyone as a race venue, so the team that adapts the quickest at these four events will reap the reward.

Mastering those new or revisited tracks, and any more developments for the rest of this season, needs to be balanced against research and possibly test items for next season.

The floor changes are going to have a significant influence on how the aerodynamic platform moves around with ride height adjustments and the change in the bargeboard area will also influence this – as well costing overall downforce.

Reduced CFD and windtunnel time comes into play for next year, so the more that you can do for 2021 now the more time and resource you will have left to focus on 2022 next year.

As usual, it’s a balancing act but that one better position in the constructors’ championship can be worth around $10million (in a year of normal revenues at least). That can’t be sniffed at no matter how deep your pockets are. 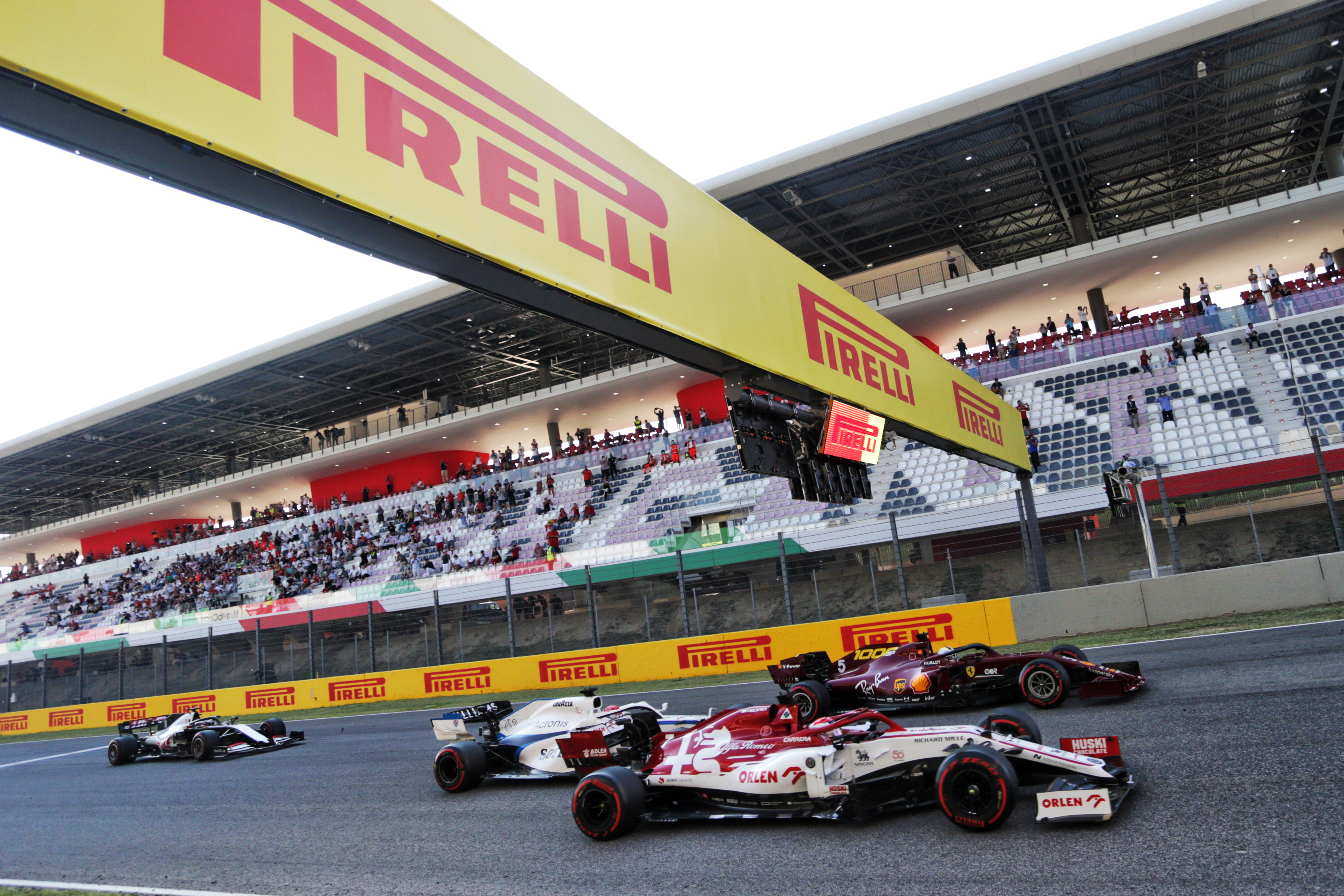