Apr 27 2020
By Jack Benyon
No Comments
Share this article

NASCAR Cup Series champion Matt Kenseth will join Chip Ganassi Racing as the replacement for Kyle Larson, who was fired for using a racial slur during an online race earlier this month.

Kenseth, 48, was the 2003 Cup Series champion and went on to finish runner-up two more times in the championship before calling time on his full-time career at the end of 2017 following five seasons with Joe Gibbs Racing.

Who saw this coming? 👇 https://t.co/lsQrlcS8hd

He contested 15 races in the 2018 season with Roush Fenway Racing – including two top-10s to finish the year – but the 39-time race winner hasn’t driven in stock car’s top-level championship since.

Kenseth has been keeping in shape, reportedly running marathons in his spare time.

He will take over the #42 when racing resumes, which could be as early as May behind closed doors as per NASCAR’s last calendar update. 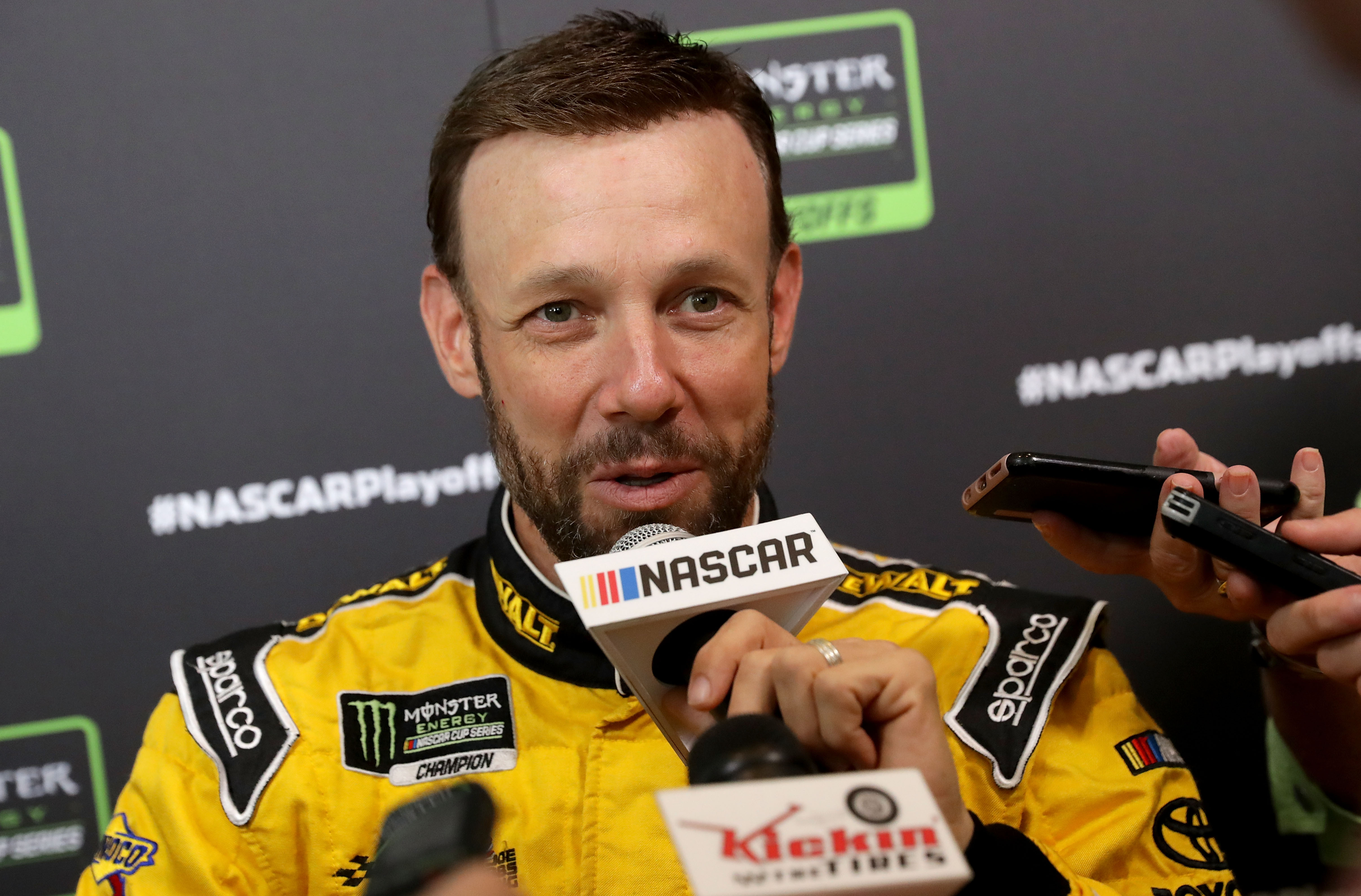 “I think Matt gives us the best chance to win, run up front and compete for wins,” Ganassi told The Associated Press.

AP also reported that CGR had contacted former Cup title contender Carl Edwards for the drive, but was ultimately turned down.

Kenseth will need a waiver from NASCAR to be eligible to fight for the title.

He replaces Larson, who used the slur in an iRacing event which featured a number of top-level American drivers, and was almost immediately suspended by CGR and NASCAR the next day. A number of major sponsors confirmed they wouldn’t work with him again, and CGR fired him two days after the incident.

Ganassi junior driver Ross Chastain had been favourite to fill Larson’s seat as team-mate to Kurt Busch before Kenseth was brought in. As per AP, Ganassi said the team still “has got plans” for Chastain.

Extremely proud of the decision we’ve made at @CGRTeams to pick a past @NASCAR champion to elevate our game. @mattkenseth will be an asset right away, and I can’t wait to get back to racing, with an old teammate friend.

Chastain was filling in for the injured Ryan Newman at Roush Fenway Racing while having a two-race deal at the Ganassi-affiliated Spire Motorsports team for 2020. Newman announced on Sunday he intended to return to his Roush seat once racing resumed this year.