MotoGP rider Maverick Vinales has launched an impassioned attack on the World Supersport 300 championship following the death of 22-year-old Victor Steeman in last weekend’s round of the series in Portugal, just over a year on from the loss of Vinales’ cousin Dean Berta Vinales in similar circumstances.

Steeman, a championship contender going into last weekend’s final round at the Portimao circuit, crashed on the opening lap of the sprint race and was struck by another rider. Initially declared critically ill with head trauma on Saturday evening, it was confirmed on Tuesday that he had tragically succumbed to his injuries. 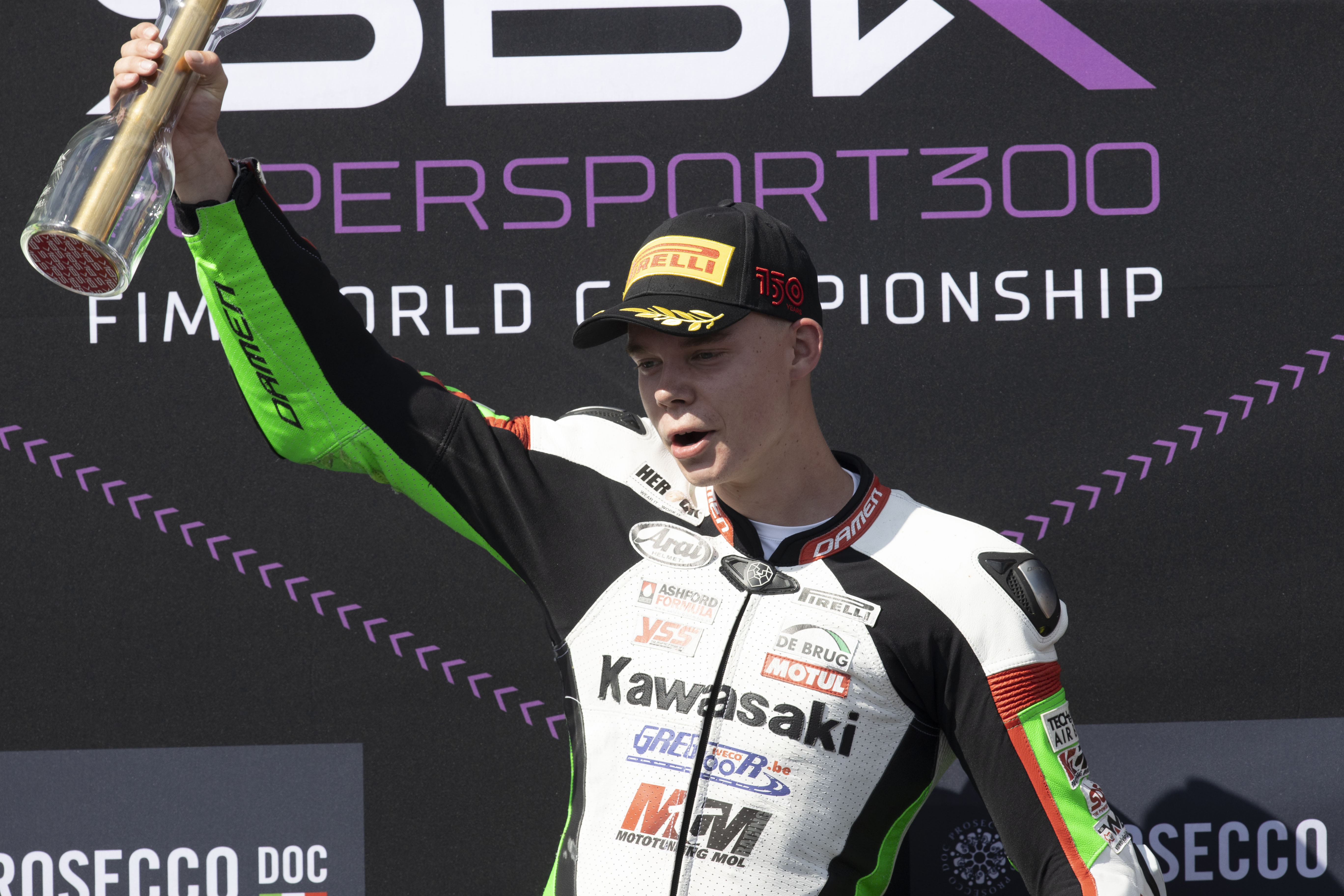 The second death in the series in a year following Vinales’ accident the year previously, it’s prompted some soul-searching among the MotoGP paddock about what to do to make the WSSP300 series in particular safe, with Vinales unsurprisingly among the most vocal about what to do with the class.

Introduced in 2017 primarily to create a series for the new lower-capacity sports bikes being rolled out by factories, the class was more a new model rather than a replacement for anything else, moving MotoGP bosses Dorna’s production bike paddock closer to the three-class model that grand prix racing has used since 80cc bikes were dropped in 1989.

But, while there might be multiple specific issues that have led to the two fatal accidents, Vinales is adamant that the root cause of the fatalities can be laid firmly at the nature of the World Supersport 300 bikes.

“I always had the same opinion about the Supersport 300,” he explained. “I said it before it happened with Dean, before many things, that this kind of category, with bikes of 180kg that you can ride at the maximum of 140kph on the straights: they’re useless for a rider.

“Useless. You learn nothing. The talented guys are involved in a situation where if you have a bike that’s 2kph faster, you win the race. There is no talent involved. 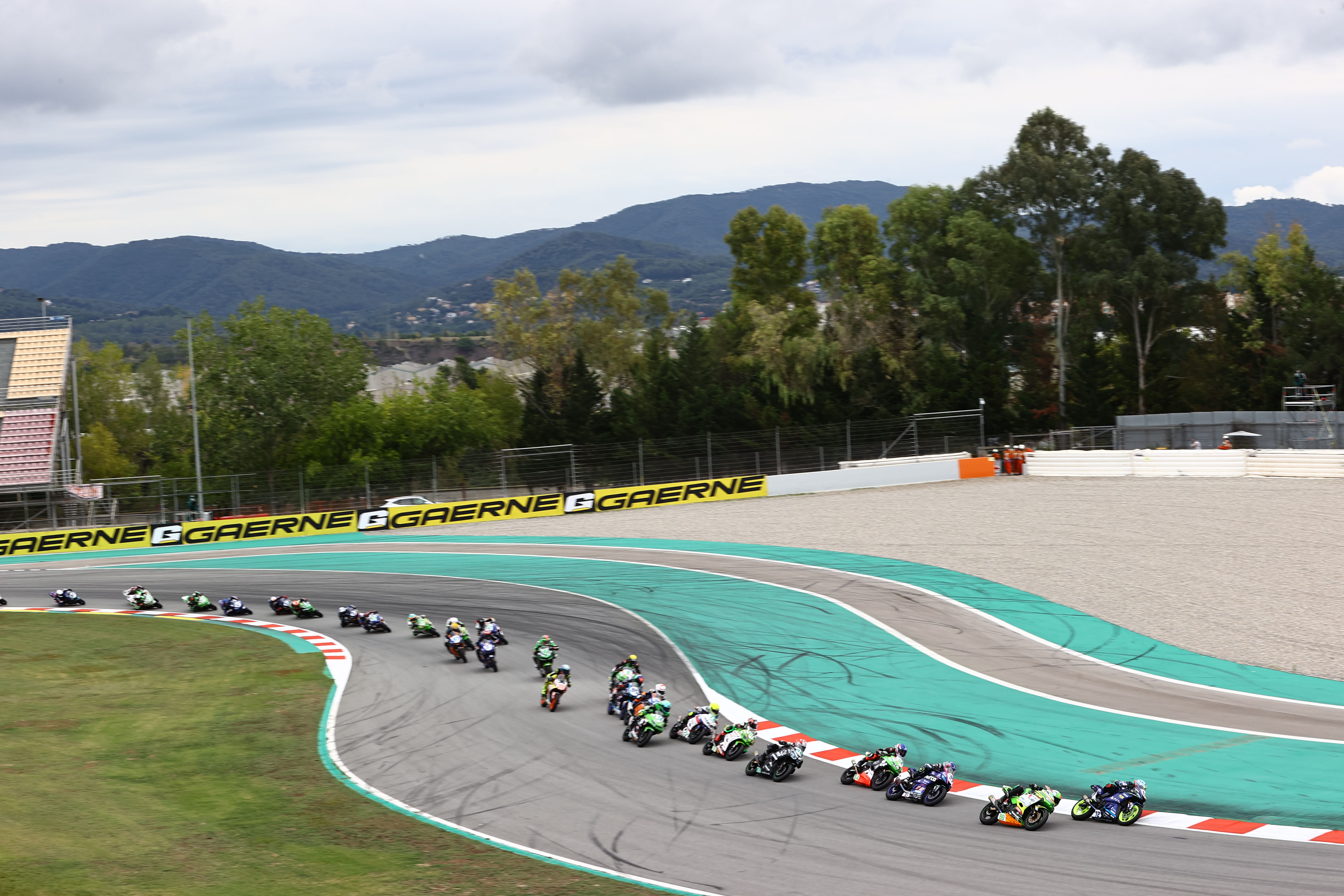 “I remember when I was a kid, I needed to ride 125GP, and there you were talented or it was impossible to win or even to follow the good guys. I remember when I arrived here in the world championship, the first time I tried to follow someone, I highsided. First time. I learned a lesson, that you need to think.

“In Supersport 300, the problem is that the bike are 180kg, no speed, and they go all together. Of course if someone crashes at the front, it’s impossible to escape. It’s not about the age, it’s not about the riders, it’s about the bikes. They have no power, they weigh like a MotoGP bike, the brakes are s**t, the swingarms are from the street. The problem is the category, not the riders.”

And, with his experience both coming up through the ranks in an era when racers started on two-stroke machinery, not modern four-strokes, and with time spent riding Supersport 300 machines, Vinales says that he’s convinced that the only solution is to change the bikes.

“When I was 13 years old,” he explained, “I was riding a 125GP, and nothing ever happened. Nothing, because we weren’t 20 in one pack – we were four, three. Not more, because it was difficult.

“I tried a 300, I rode one, and for me it was very easy, no power, you can go together. You can have a rider who is two seconds slower, and if you follow you can go with the first one. At the time, I said to my family that this is not the category for Dean, that it’s not good that he rides here, but in the end you know, things go like that. 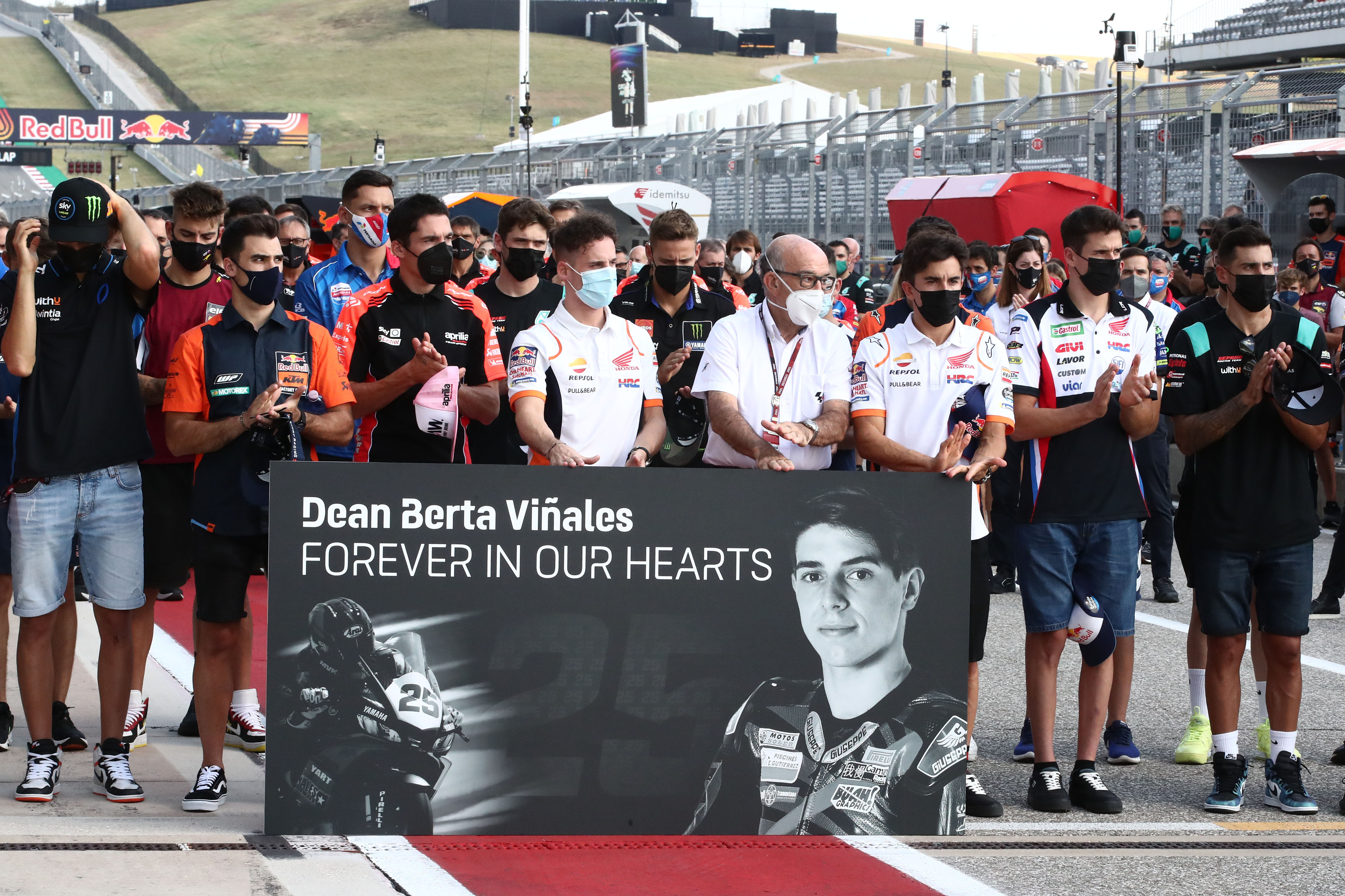 “But if this continues, then many more things like this will happen, because this category, as I say, has too much weight on the bikes and no power so that they all go together. The bikes are not even race bikes, that’s the biggest issue.”

He isn’t the only rider to share the opinion, with his Aprilia team-mate Aleix Espargaro (reliably one of the most outspoken safety advocates on the grid) echoing Vinales sentiments.

“Really, really, really a shame cause the last year hasn’t been good in terms of safety for the young categories,” he said. “Supersport 300 is not a safe category, we know 100 percent, and I know also because I’m involved in the safety commission that they are working on it, they don’t like either. Hopefully we can improve for the future.”

And, when asked by The Race about what the solution was, he went even further than Vinales.