Zarco, who is contesting his final weekend with Avintia before switching over to other Ducati satellite team Pramac next year, led Yamaha rider Maverick Vinales by just over a tenth of a second.

After Pramac’s Jack Miller had a potentially session-topping lap deleted in FP1, it took until the final quarter of the FP2 for someone to muster a legal sub-1m40s lap of the Portimao circuit.

This came courtesy of Vinales, who pulled out a 1m39.931s on a fresh pair of hard tyres and therefore entered the final six minutes of the day in first place.

Moments later Miller went 0.036s faster, now on the soft rear, before being swiftly deposed by a 1m39.744s from Ducati stablemate Johann Zarco.

And though Vinales, now likewise equipped with a soft rear, found an extra tenth moments later, Zarco’s next lap was quicker still, a 1m39.417s leaving the Frenchman a quarter of a second ahead.

Vinales closed to within 0.119s off Zarco at the chequered flag, while Aprilia’s Aleix Espargaro was another tenth off in third, completing the top three for the second time on Friday.

Morbidelli, who leads Suzuki rider Alex Rins (17th in FP2) by four points in the battle to finish 2020 in second place in the riders’ standings, made it three Yamahas in the top 10, with the fourth M1 – that of Valentino Rossi – 21st and ahead only of Tech3 KTM’s replacement rider Mika Kallio.

Rossi and Rins were among the riders to crash during the session, the former falling at the Turn 4 left-hander and the latter at the Turn 8 right-hander.

Also down at Turn 4 was Takaaki Nakagami (LCR Honda), who recovered after that to finish the session in 12th, just behind the top Honda of Stefan Bradl and just ahead of Tech3’s home hero Miguel Oliveira, who had topped FP1. 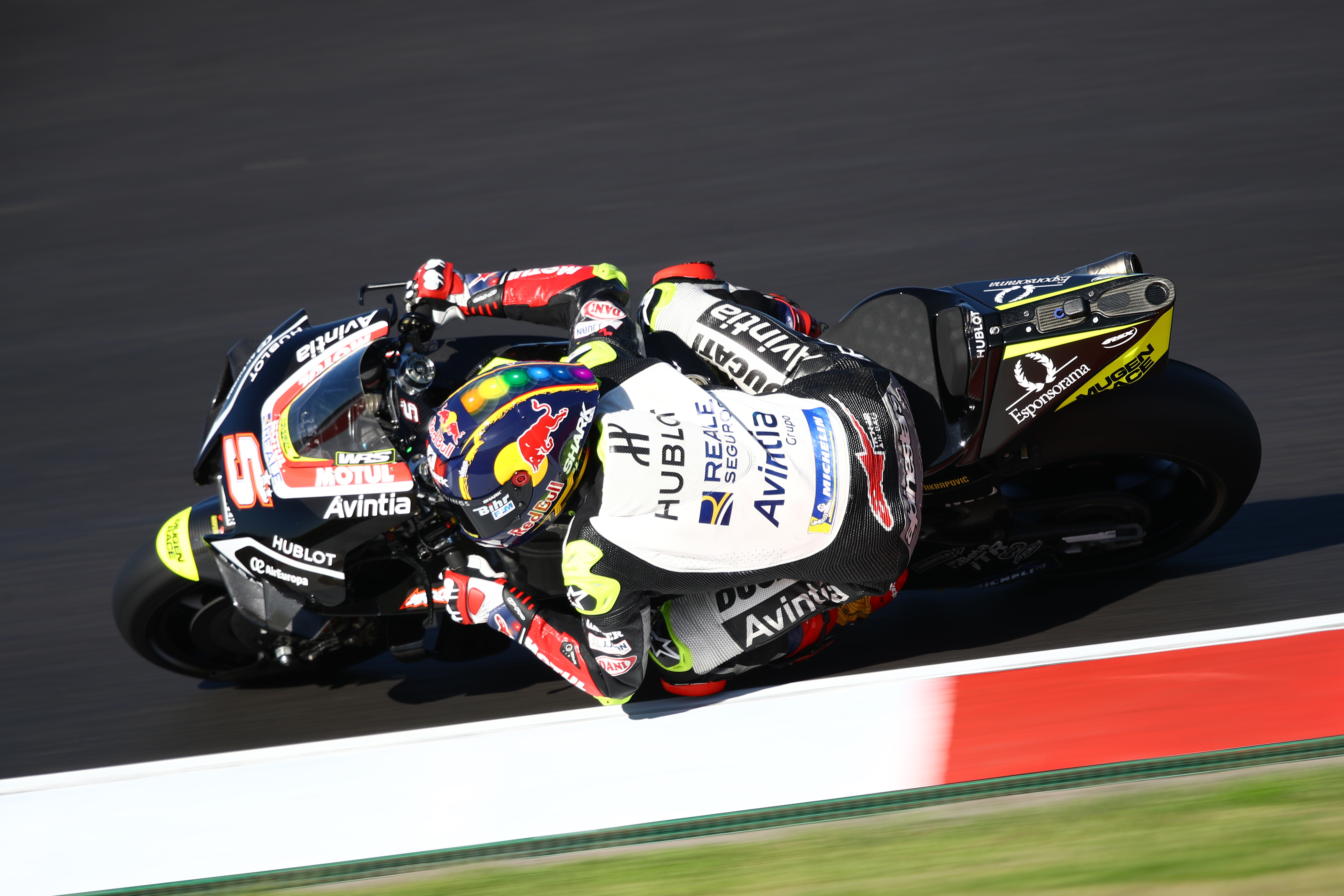