Jun 6 2020
By Simon Patterson
No Comments

Johann Zarco is closing in on a deal to step up to Ducati’s second MotoGP team Pramac for the 2021 season, The Race has learned.

Zarco is currently contracted directly with Ducati at its third-tier team Avintia, but of course has yet to race for it thanks to the coronavirus pandemic.

Moving to the cusp of Ducati’s works team with a Pramac ride would be an incredible career recovery for Zarco after he walked away from his works KTM contract halfway through the 2019 season. 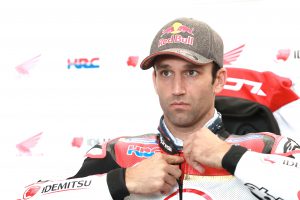 Double Moto2 champion Zarco has made no bones about his desire to move up through the Ducati ranks since joining the Avintia team, admitting when he signed for the squad that he was eyeing the long term.

“I knew when I joined that I was going to have the opportunity to try to compete once more for the top seven or 10, to stay with Ducati then deserve an even better bike in the near future, with podiums perhaps being the icing on the cake,” said Zarco, who made his name in MotoGP with two superb campaigns on a Tech3 Yamaha in 2017/18 before his disastrous KTM move.

It’s not yet certain how the pieces will fall at Ducati for next season, but if Zarco does step up to Pramac then the identity of his team-mate is also becoming clearer.

Jorge Martin, the 2018 Moto3 champion, is believed to have already been signed up by the squad, with Pramac swooping early to secure the services of the highly-rated Spaniard who has also been courted by Honda.

That potentially leaves current Pramac racer Pecco Bagnaia out of a ride for the coming season.

Fast on occasion in his debut MotoGP season in 2019, he struggled at times to live up to his potential as Moto2 world champion.

However, with Jack Miller currently the only Ducati rider on a 2021 contract at the factory squad, the Zarco news could mean Bagnaia actually moves either up or down in the Ducati ranks.

He could potentially be reshuffled down to Avintia to replace Zarco, but he could also move up to join current team-mate Miller in the works squad.

Should Andrea Dovizioso elect to take the spot opened at KTM by Pol Espargaro’s Honda switch and with Danilo Petrucci having confirmed he doesn’t believe that he’ll be with Ducati in 2021, there could still be hope that Bagnaia can remain a part of the structure.