Will a 'disgusting' result precede a shock MotoGP title bid? - The Race
Skip to content
MotoGP

Will a ‘disgusting’ result precede a shock MotoGP title bid?

MotoGP riders, just like sportspeople in most other categories, often like to try to spin a bad result as being more positive than it seems on paper.

But while Honda’s new rider Pol Espargaro insisted that his Doha Grand Prix was better than it looked, the Spaniard didn’t shy away from a 13th-place finish being simply not good enough.

“If you check the standings, the result is disgusting,” Espargaro acknowledged. “I am the first one to say it.”

Espargaro’s choice of words is clearly informed by how well his pre-season had gone, for 13th place in the second Qatar race was still enough for him to finish as the top Honda rider. 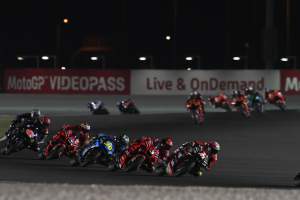 But as he’d taken the chequered flag just 6.063s behind race winner Fabio Quartararo, at the conclusion of a super-close race described by reigning champion Joan Mir as being like Moto3, Espargaro is also all too keenly aware that a much bigger points haul was there for the taking.

“I did two huge mistakes – the first one I ran out of the track because I was trying to overtake and then, all the slipstream, I was very fast, trying to brake a little bit later and I locked the front,” Espargaro said.

“Here the problem is you can’t continue braking on the dirty part and I released the brakes when I was off-track and I lost 1.7s, I think, in the lap.

“Then I did exactly the same, trying to catch back [Franco] Morbidelli and try to overtake him again and I did not lose as much, I lost one second. 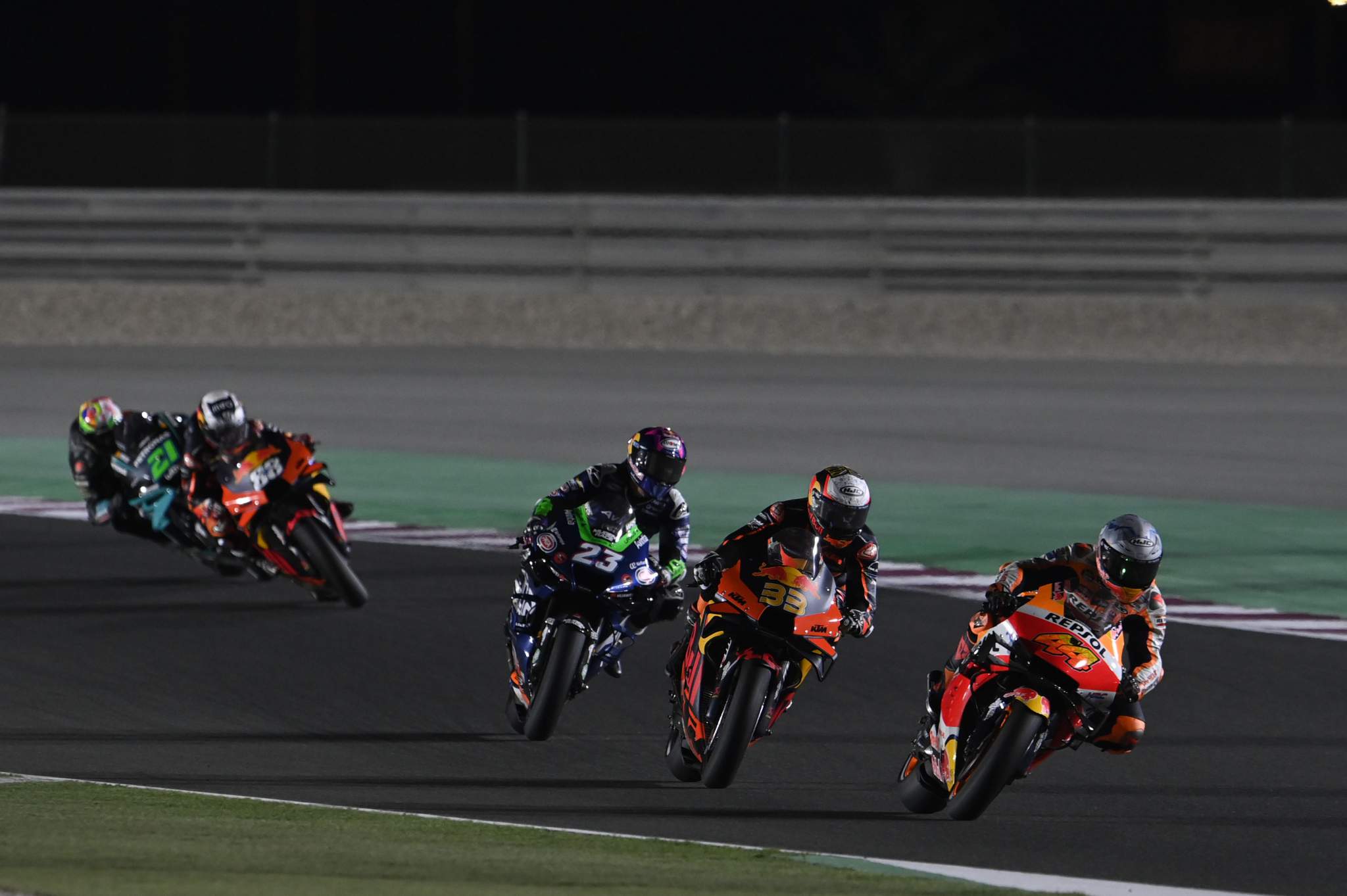 “This is the bad part, together with the starting position. For sure 14th is not a good position to start if you want to fight for the win or top three.

“But the rhythm is amazing. We’ve been one of the fastest out there today. In the middle of the race I was like three tenths faster than the top guys.”

A better grid position was possible, as evidenced by team-mate Stefan Bradl making Q2, and Espargaro had been deeply confused by his lack of performance in the first segment.

But lap charts support his suggestion that he should’ve been “sixth or seventh” without the two mistakes, given those two outlier laps were more than enough to account for the 1.1s gap to seventh-placed Mir and even potentially the 2.4s gap to sixth-placed Francesco Bagnaia. 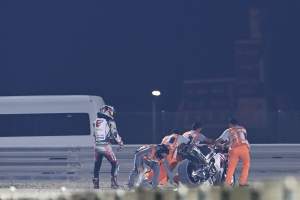 All of that has to come with the caveat that most of the race was again led by a Ducati, a bike whose riders tend to run a conservative pace out front at Losail to preserve the tyres while relying on their straightline speed to keep the rest of the pack behind.

But despite this, Espargaro was encouraged enough by his showing to set some fairly bullish targets for the upcoming races and the season as a whole – intimating that he feels a title challenge is realistic.

That’s despite him leaving Qatar only 10th in the championship and 29 points off the lead. Conversely, the fact the current points leader is Pramac Ducati’s Johann Zarco suggests the shape of the 2021 title fight is not exactly settled.

“The feeling is great, I feel good because I am fast, we have the speed. The problem is we could not put everything together and that is painful,” Espargaro said. 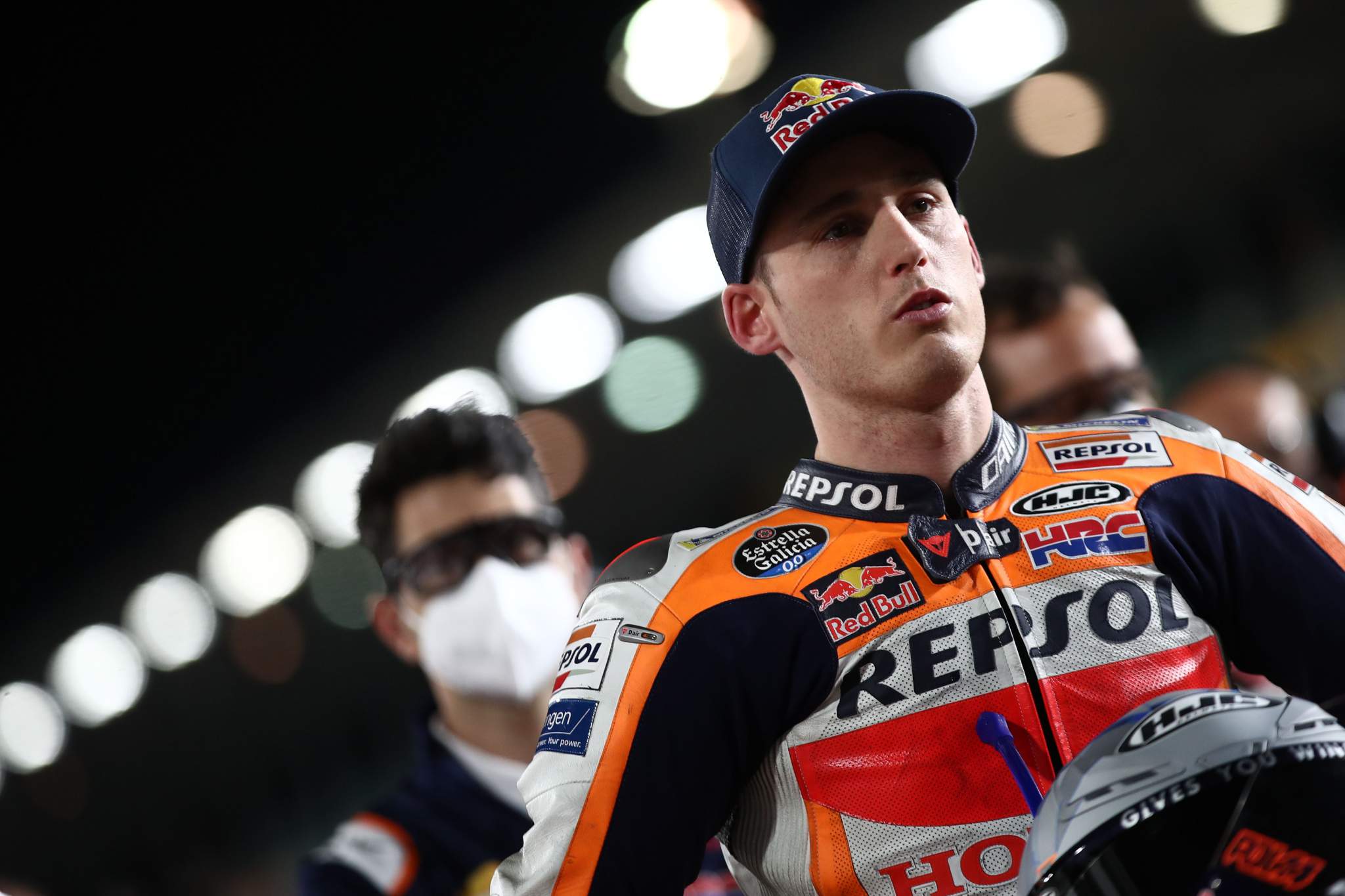 “We need a good Saturday, this is going to put us on top of the time attack list, so starting from the first two rows. If today we started there, just check the laptimes, we would finish on the podium for sure.

“Before my first mistake, I was at 2.2s [off the leader] so I recovered a lot of time during the race.

“In a place where normally Honda is struggling, our performance has been outstanding.

“The only problem is that we are not putting everything together plus my mistakes, but I feel I am seated on the bike I was looking for in the past years, and I feel strong as to be world champion at the end of the year, but we need to put everything together, starting from Saturdays.

“If we do good Saturdays, then we can fight for the podium in every race. We just need that.”