Why Suzuki’s title drought could end this year

It’s 20 years since Suzuki last won a MotoGP world championship, making the most of a transitional season and a bike that shared more than a few similarities with the Yamahas that Suzuki’s champion Kenny Roberts Junior’s dad had been running in the factory team until only a few years earlier.

Since then it’s been a mix of highs and lows for Suzuki, with a resurgence under Chris Vermeulen and John Hopkins followed by a forced withdrawal from the series as the aftershocks of the 2008 financial crisis hit them hard.

The firm returned to prototype racing in 2015 (pictured below), bringing a radically re-engineered inline-four engined bike that’s much more in line with Suzuki’s production bike heritage – and since then it has managed to go from strength to strength as it works its way back up the pecking order. 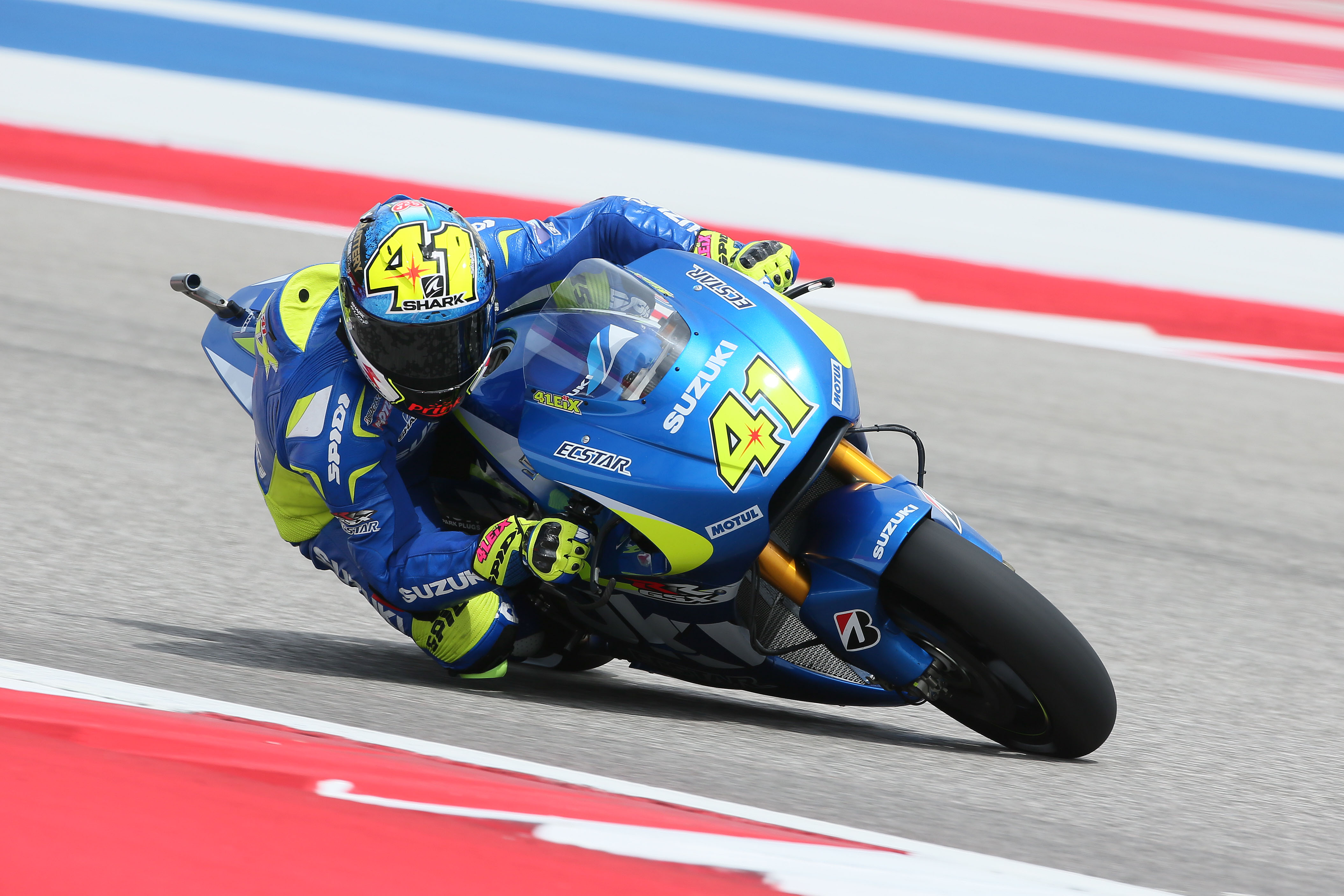 And, after five years of hard work, 2020 could finally be the year when, a generation on from Roberts’ underdog title victory in 2000, Suzuki is ready to fight for the championship again.

Lining up with two strong riders in the form of Alex Rins and Joan Mir, it has developed the GSX-RR into a contender for the title of best bike on the grid.

Team boss Davide Brivio says that even after a strong season last year, Suzuki is going into 2020 with definite goals to achieve and knowing where it needs to be better.

“Last year was a good year because our target was to win a race and we won two,” Brivio tells The Race.

“We weren’t completely happy with the way the championship finished though, because we could have been in the top three. That’s something to improve on for this year. In 2018 we had nine podiums, but in 2019 we won twice but only had three podiums.

“So the first target for this year is to improve on last year.

“Everyone starts the season with the maximum ambition but from zero, and we’ll see step by step how the championship develops.”

That consistency will be aided by a radically different bike for the coming year.

Bringing not only wholly new engines and frames to the test, the team had also been working hard over the winter on smaller areas like aerodynamics. 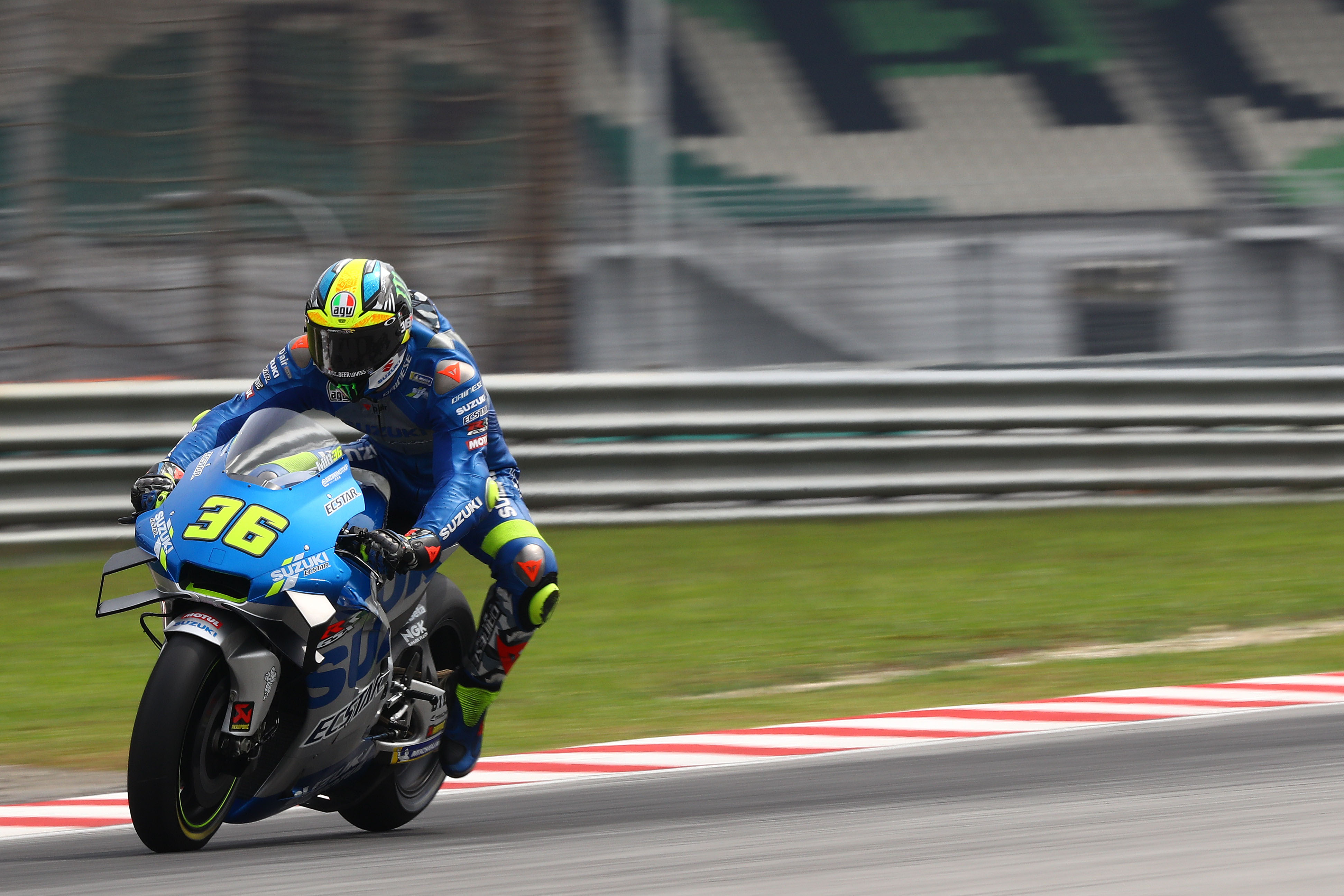 As Suzuki worked with a very different development strategy from its rivals and was cautious to slowly bring new components only after they’d been carefully vetted by the test team, it seemed like everything that Rins and Mir tried during the six days of testing made them go faster.

Suzuki has built one of the strongest testing set-ups in the paddock around legendary crew chief Dr Tom O’Kane and 2014 World Superbike champion Sylvain Guintoli – who believes that his team has reduced the gap to the leaders to the closest it’s ever been.

“The bike was good to start with, but the project is growing and getting better and better,” says Guintoli.

“We’re finetuning now, and the development is really interesting at the minute – Suzuki is doing a great job, especially to suit the bike to the tyres. The atmosphere in the garage is brilliant, and it’s a lot of fun to be a part of the team, too.

“I don’t want to talk too much before [we race], but things are looking good and the bike feels great. We’ve got some big hopes for this year!” 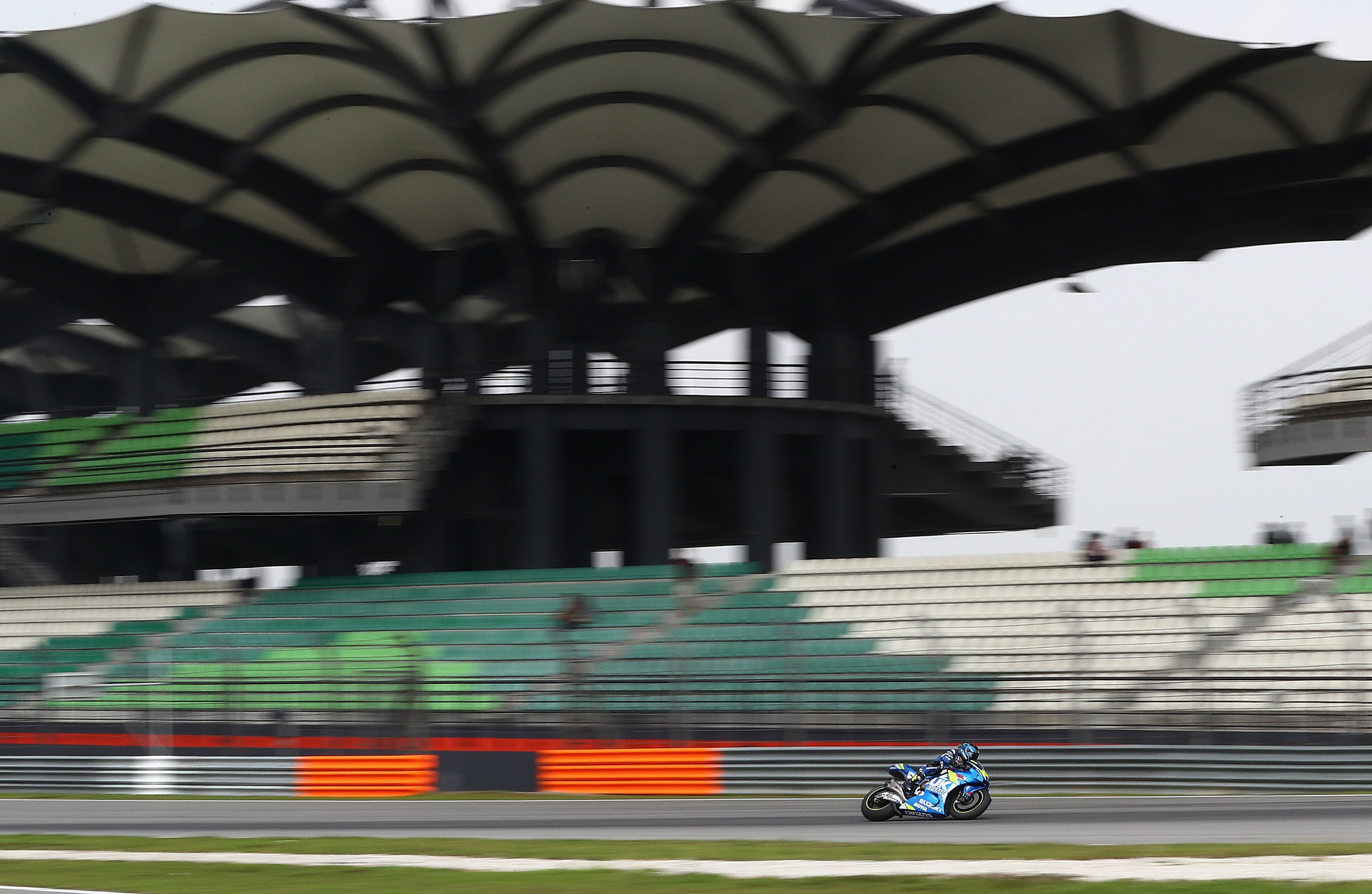 Suzuki is also one of the teams to take benefit from the delay to the start of proceedings in 2020.

It brought a new prototype chassis to testing, and Guintoli’s initial feedback on it was so good that the race riders spent the remainder of testing sharing it between them.

Initially, the limited production capabilities back at Suzuki’s Hamamatsu base meant only Rins was set to get the chassis for the season-opener, but the extra month added before the beginning of the schedule should mean that Mir and Rins kick off the year on even-more improved (and matching) machinery.

The bike is only one part of the puzzle, however, and Suzuki’s real strengths might lie in other pieces – two very talented young riders.

The youngest factory line-up by four years and 10 years younger than the factory average, Rins and Mir are very much the hotshots of the grid.

It’s no secret that other manufacturers – especially Ducati – are on the hunt for top names, and if Mir starts to outshine the team’s number one rider then Rins’s management would perhaps be foolish to not have a chat with Ducati before rushing to sign up for more of the same at Suzuki

Rins is now entering his fourth season with the team, and is widely acknowledged by his rivals as someone who can fight for the championship should he fix his consistency issues of last year.

Twice a race winner but also eight times out of the top five, if he can be more reliable he can potentially take on Marc Marquez – especially with an even stronger GSX-RR.

“I’m feeling confident, if not for the championship then definitely for the first races – but I also want to take the season race by race too,” says Rins.

“We made a big step forward from last year on rhythm and consistency, and now we need to start racing to find where we really are. I’m ready to go because we’ve done all our homework in testing.” 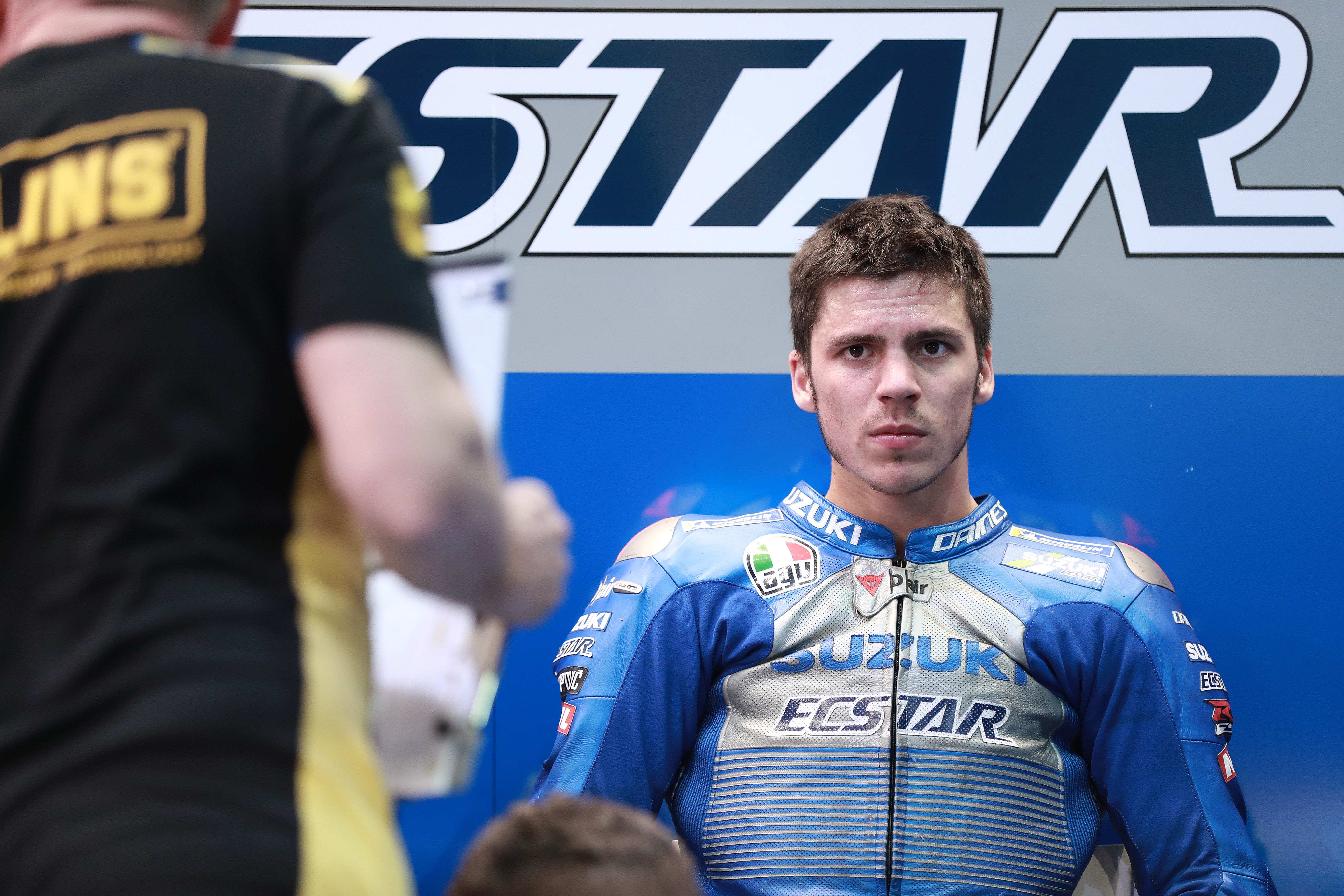 However, he might not have it entirely his own way as he sets out to be top Suzuki rider this season. Team-mate Mir, now entering his second year in the premier class and his second with Suzuki, is very much ready to take the fight to the other side of the garage and to the MotoGP grid as a whole whenever racing eventually gets underway.

Already rumoured to have caused some tension in the box as the two riders up their game and begin to directly compete for the same positions, Mir was initially going into the season expecting to be in the fight for the win at the Qatar Grand Prix – but knows he’s got the pace to fight for the podium at multiple tracks when the year finally kicks off.

“The truth is that I’m very close to the top guys – my pace has been there in testing and we need to show it in the race,” says Mir.

“We’ve got to continue working in the way we’ve been working all winter, but the team are doing an incredible job so far.”

Friction between the duo could play a role in their 2021 negotiations, too.

Suzuki has made it clear that it’s keen to keep both of the pair for the next two years, and it was believed that Rins was almost ready to put pen to paper before coronavirus delays struck the opening round of the championship.

It’s no secret that other manufacturers – especially Ducati – are on the hunt for top names, and if Mir starts to outshine the team’s number one rider then Rins’s management would perhaps be foolish to not have a chat with Ducati before rushing to sign up for more of the same at Suzuki. 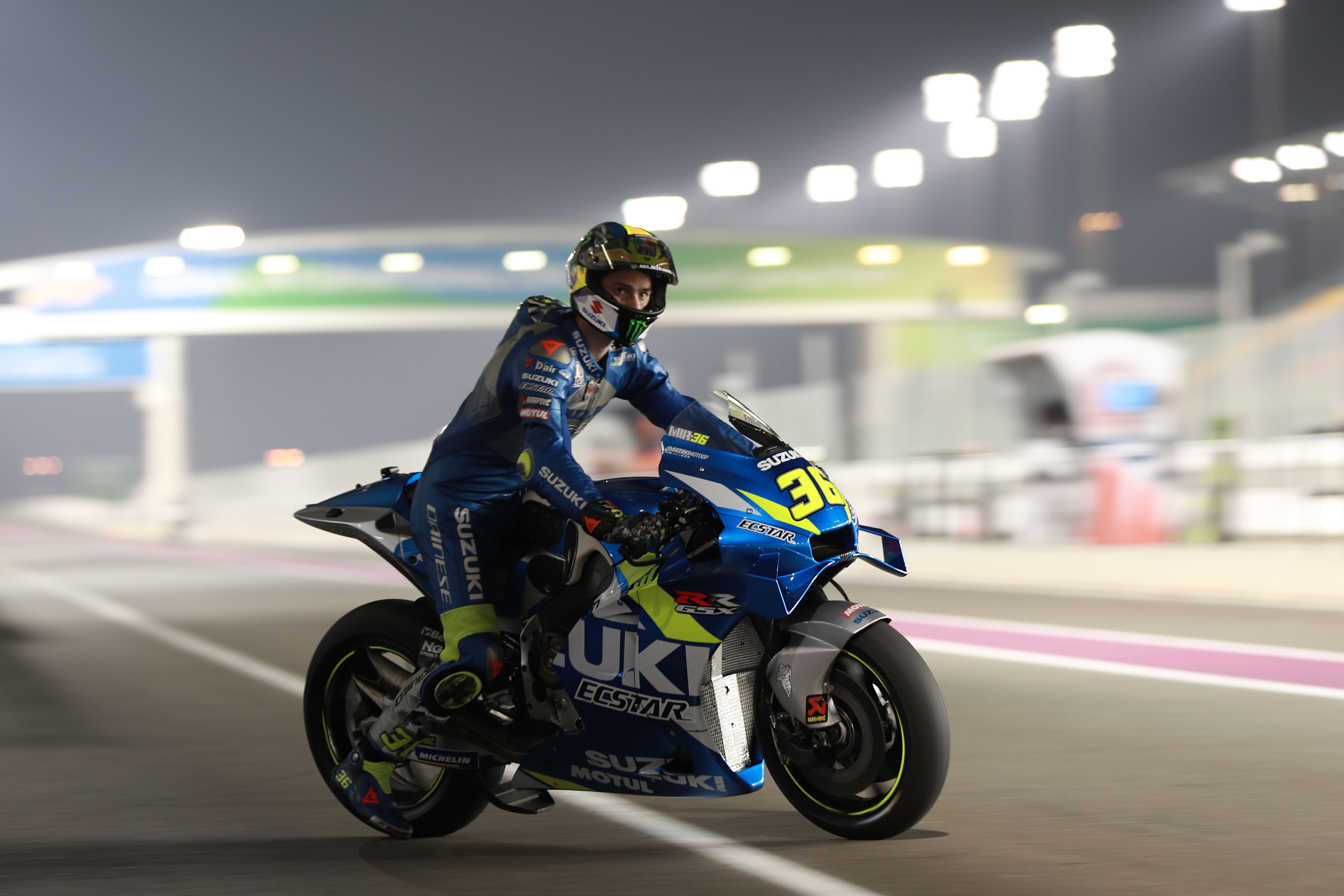 However, there’s still one key factor that the team needs to come to grips with before either rider can be a certifiable title contender – it needs to show that it’s fixed the qualifying issues that sabotaged many races for it last year.

With Suzuki able to set fast laps in the race but not in qualifying thanks in part to a bike very much weighted towards racing rather than time attacks, it’s the last box still to be ticked.

In part an inherent issue that the team isn’t likely to fully correct without sacrificing some of its race consistency, it’s instead something that might come with experience as its riders learn how to alter their riding style when setting out to set a fast lap.

They’ve already made a promising start in testing, with a Suzuki rider inside the top four of every single day of pre-season running in 2020.

If that’s something that translates into competitiveness on Saturday as well as Sunday, then the coming season could be a very interesting one indeed for the boys in blue.