May 11 2020
By Simon Patterson
No Comments
Share this article

Suzuki MotoGP boss Davide Brivio says that he is confident about the manufacturer’s continued presence in the series despite worries of an impending recession triggered by the coronavirus pandemic.

Suzuki’s 37-year time in the premier class of grand prix motorcycle racing came to a crashing halt in the face of the previous global recession, with the team pulling out of the series only hours before the final race of the 2011 season.

The team infamously announced days after the 2011 season had already concluded at Valencia that they wouldn’t be continuing in the following season due to the global financial situation. 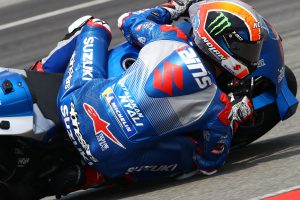 The news came not only as a big blow to MotoGP but as a huge shock to team personnel already preparing for the 2012 season with a new 1000cc machine as the series’ capacity increased from the 800cc bikes.

Already dropping from two bikes to one for their final year as the impact of the credit crunch hit MotoGP’s smallest manufacturer, the decision was made at a senior management level not to continue development on the new bike for 2012, albeit with a commitment to return to the class in 2014.

Doing exactly that by coming back with a new inline-four bike and going on to considerable success in the interim with a series of riders, Brivio told media in a virtual round-table discussion on Monday that he believes that this time things are different – and that their commitment to the future by signing both Alex Rins and Joan Mir for 2021 and 2022 is a key sign of their intentions. 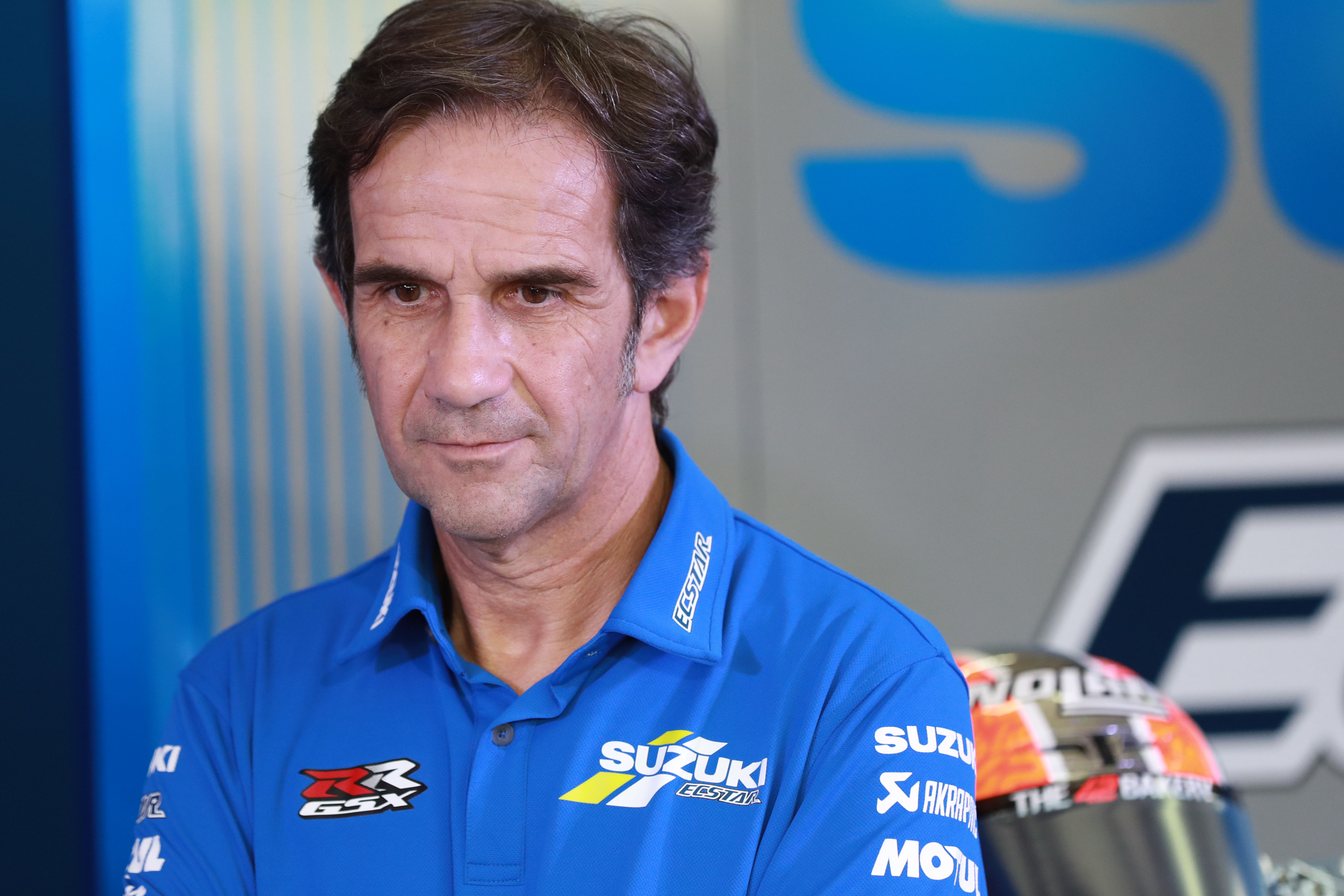 “It’s fantastic news from our company that we could renew the agreements with Alex and Joan in this period,” Brivio said.

“This only happened in the past two or three weeks, and it went through the approval of our very top management. To see them approving contract extensions in this delicate time is something I took as a very good sign.

“It means that the company is committed to keep going with the MotoGP activity and to keep thinking in a normal way. 2021 and 2022 won’t be the same situation as it was in 2017 or 2018; it’ll be more like it was ten years ago.

“This crisis seems to be bigger, but we slowed down in 2008 and slowly came back, and everyone is already thinking about how to save money but still seem committed to still going racing.”

While there might be belt-tightening and changed plans in the future in some regards, one area where Brivio can relax is with regard to his future rider line-up

Brivio has praised MotoGP’s decision to freeze technical development for the coming 18 months, too, as he conceded that there are going to be lean times and tough decisions to make when the championship hopefully returns to action in July.

“I think everyone will probably have fewer resources in the future. MotoGP is very much related to the manufacturers; they are the biggest sponsor of every team. The factories bring the main financial support to all teams, but no one is selling bikes.

“All companies will have to reduce their costs, but it’s hard to say right now what the impact will be. We always try within the company to make forecasts, but right now it changes every week.

“We need to take stock and realise the situation as businesses restart and dealers reopen in some countries. For sure everyone will have less budget next year and we’ll have to reduce our costs.” 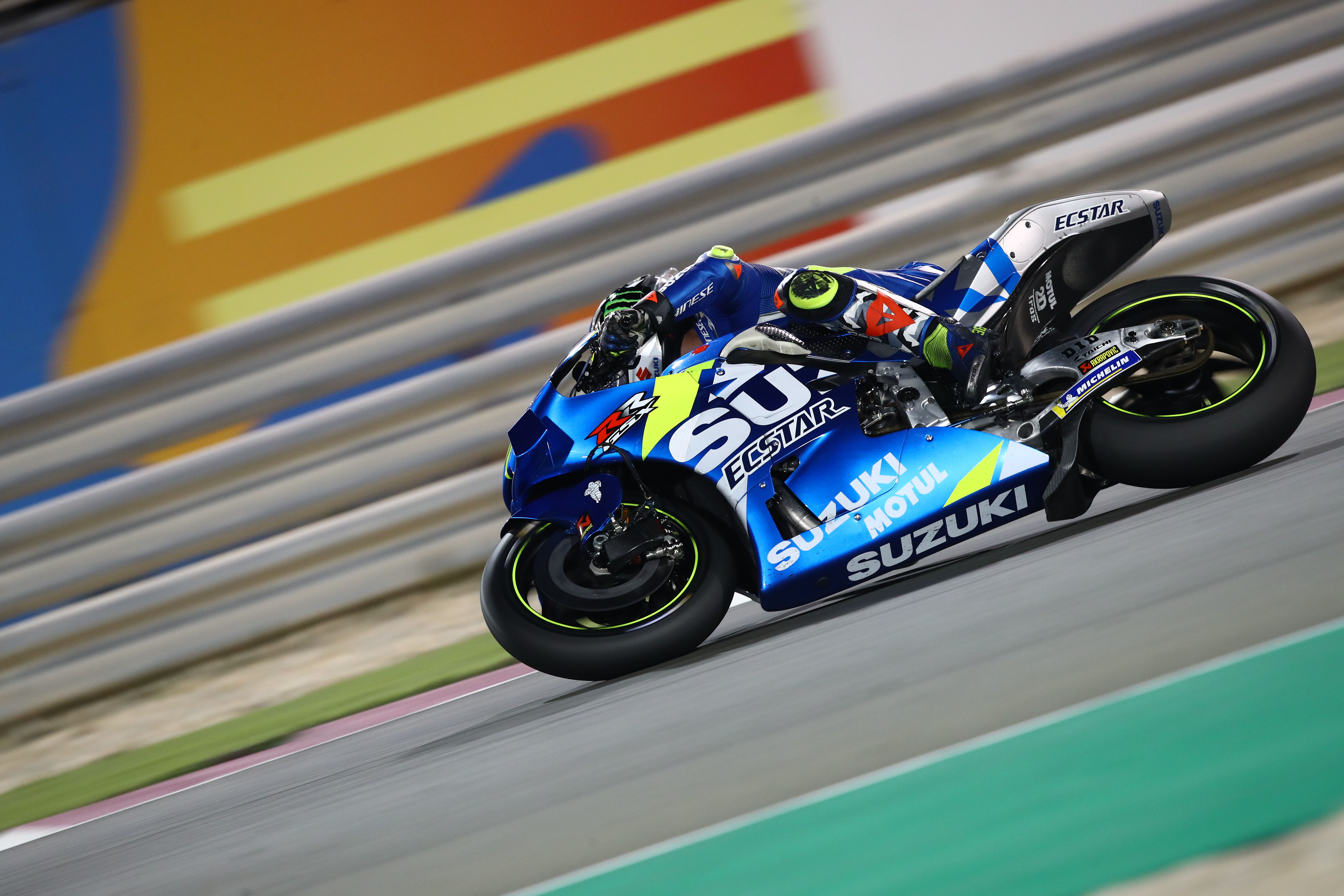 And one way in which it seems that the manufacturer will strive to reduce costs could well be in once again postponing the idea of running a satellite team.

A key goal since their return in 2014 and thrust into the fore of their planning as the GSX-RR has morphed into a regular race winner, Brivio is still unsure about what the impact will be on those plans. 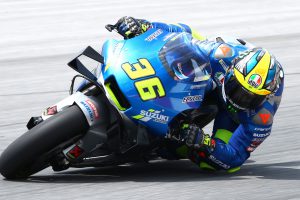 “We have had an idea to do a satellite team for 2020, and right now it’s still on the table. Right now, we’ve been concentrating on signing the riders again. With that done, we’ve got a chance to let the top management work on more important issues for the company.

“In a couple of months, we can maybe put the discussion back on the table and see what the reaction is.

“We’re still very open to it and it’s a project we’re working on; the racing department definitely still wants to make it happen. But we need the approval of management and it’s very hard to say right now what will happen.”

But while there might be belt-tightening and changed plans in the future in some regards, one area where Brivio can relax is with regard to his future rider line-up.

Easily extending deals with both Rins and Mir despite hot interest from rivals Ducati and Honda in the two young Spaniards, the team boss told The Race that the process was surprisingly straightforward thanks to the closeness and competitiveness of the Suzuki squad. 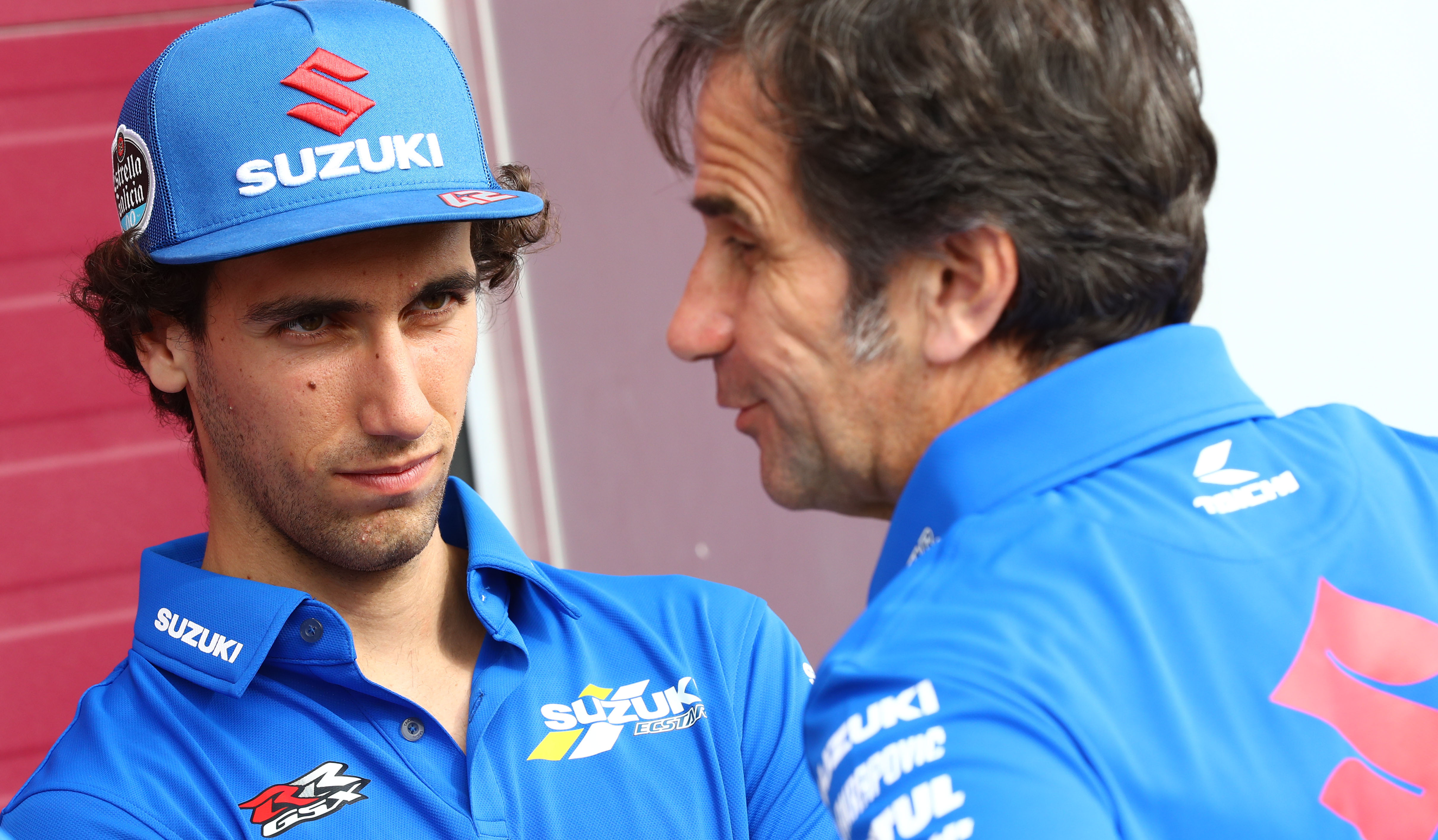 “To be honest, Alex showed his interest in remaining with us twelve months ago. In April 2019 I went to Japan and I discussed the renewal of our agreements, and everyone was happy to continue with Rins and Mir for 2021 and 2022. That was our target.

“At almost the same time, Alex came to us and told us he wanted to continue – he told us ‘if you’re happy with it we can sign the agreement right now.’ We were happy to do that, but it would have been a little weird and strange to go to our president in June 2019 and ask to sign an agreement for 2021. 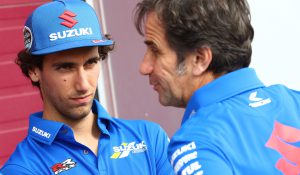 “Looking now at what can happen, maybe it was right to go more step by step! We waited for the right time, but in our minds, we had already agreed with him.

“We had already talked to Joan in the middle of last year to tell him we were happy and wanted to continue to make a long-term project. We were happy, we saw no reason to change, and we knew that stability would pay off for us. We had an option to exercise on Joan so we were a little more relaxed, and even though it took a while to get to signatures on the paper we were always working towards it.

“We’ve achieved our target now. Alex has shown us he can win races and that he’s among the top riders in MotoGP, and Joan has the potential to come to that level. We want to have two riders who can always play inside the top six of the championship. They can be first, they can be third, they can be sixth, alongside the other riders who everyone knows can be strong – but we want to have both riders there.”