Why Honda’s MotoGP title bid relies on its underdog again

During the 2020 MotoGP season, injuries to Honda’s star riders left the veteran manufacturer enduring its worst year in recent history.

For the first time since 1982, it was winless in the premier class.

And yet it still had a title contender for the early part of the season, albeit a very unlikely one as satellite rider Taka Nakagami was left to fly the flag for the Honda Racing Corporation. 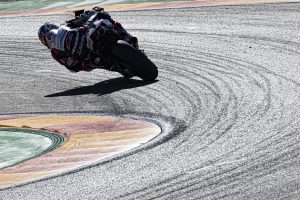 In 2021, with a radical restructuring within the Honda operation and with eight-time world champion Marc Marquez still sidelined by injury, the question to be asked as the LCR Honda duo unveil their new bikes across today and tomorrow a simple one: will the onus once again be placed on Nakagami and new team-mate Alex Marquez to be Honda’s top men?

It’s now all but certain that Marquez senior will not make the start of the coming season, as he continues to recover from major surgery last December.

Having badly broken his right upper arm in a crash at the opening round of last season at Jerez last July, his ill-fated attempt to return to action only five days later exacerbated the break and left him in dire straits. 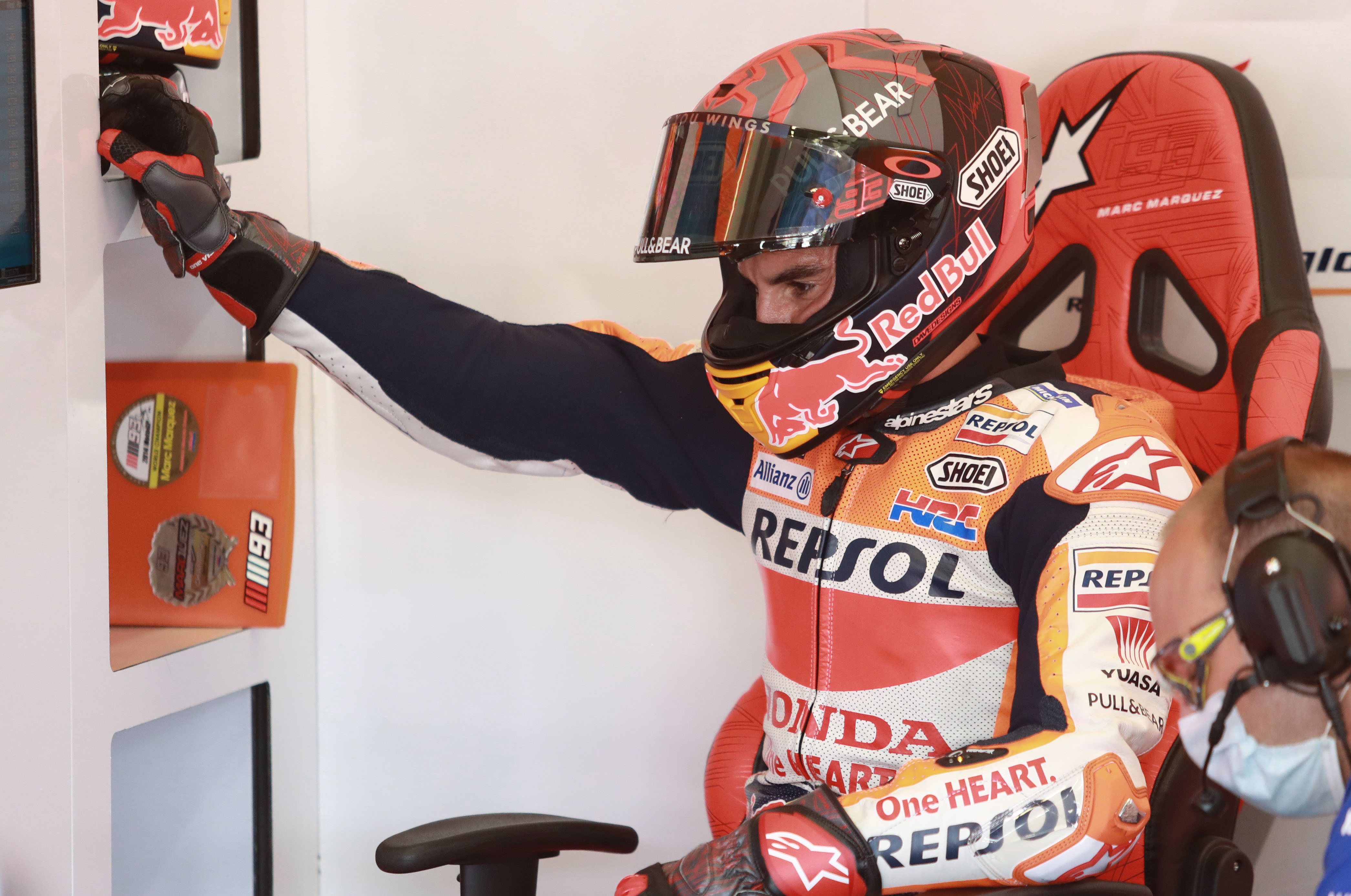 With that attempted comeback re-breaking both his humerus bone and the titanium plate holding it together, the injury ended his season and started him on a long path to physical rehabilitation that’s still far from complete.

Another operation was required after the season was over, and it was further complicated by an infection. Almost seven months on from that Jerez fall, Marquez has only just started physical therapy on his arm.

The targeted return time was six months from the last surgery in late 2020 to returning to MotoGP action, and that timeline so far seems to be holding up.

However, he’s gone since July without even sitting on a motorbike let alone riding one, and it’s going to take him time to get back to race fitness even when he’s physically able to race.

While it might be possible to see Marquez back in action in the earlier part of the 2021 season (aided by a calendar gap created by the cancelled races in Argentina and the USA), no one is expecting that he’ll jump back on a bike having missed the opening races of the year and still challenge for the title.

On the other side of the Repsol Honda garage, HRC newcomer Pol Espargaro has been one of the riders most hit by coronavirus interfering with testing. 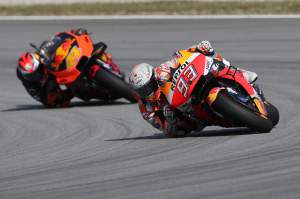 Normally, when a rider switches brands, they get plenty of opportunity to learn their new bike: as recently as only a few years ago, they would have ridden for five days at Valencia and Jerez before the end of the previous year, followed by six days at Sepang and another three at Losail prior to the opening race.

Instead, partly as budget cuts kick in and also as COVID-19 plays havoc on international travel, Espargaro will have just six days of testing before the first race – and all six of them will come at the Losail circuit, where the season will also kick off with double-header races.

He’s not facing the easiest task in the world, either. The Honda RC213V has a well-deserved reputation as being an aggressive bike that requires a rider to push hard and take risks to get the best out of it, a quality that (if you believe people in the know like former rider Cal Crutchlow) only got worse in 2020, not better. 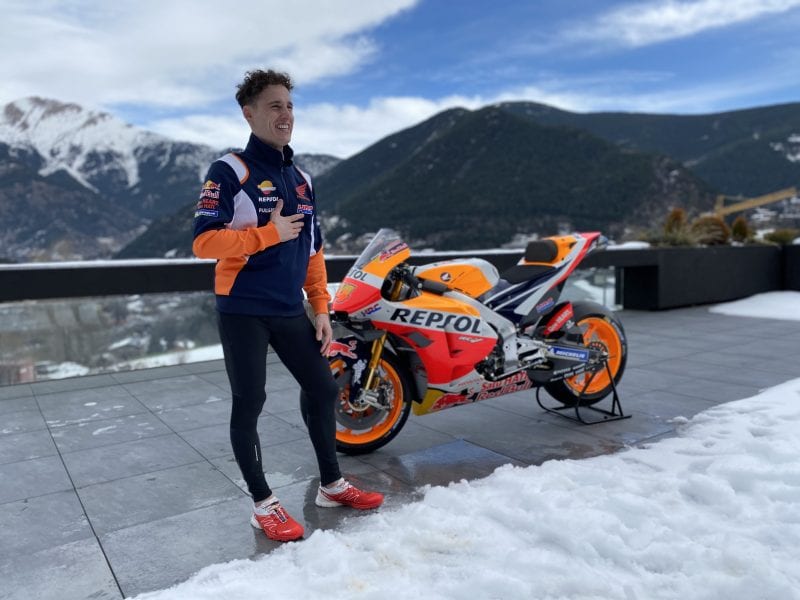 Espargaro is a highly-talented rider and a Moto2 world champion, of course, and there’s no reason why he won’t be able to adapt his style to suit the orange bike, even after four years on another orange bike at KTM.

But it’s not a process that’s likely to happen overnight, and combined with the lack of testing it might mean that he’s in a similar boat to his new team-mate in underperforming in the opening half of the season.

Which means that, at least for the first races of 2021, it will once again fall upon LCR Honda to carry the flag for HRC. 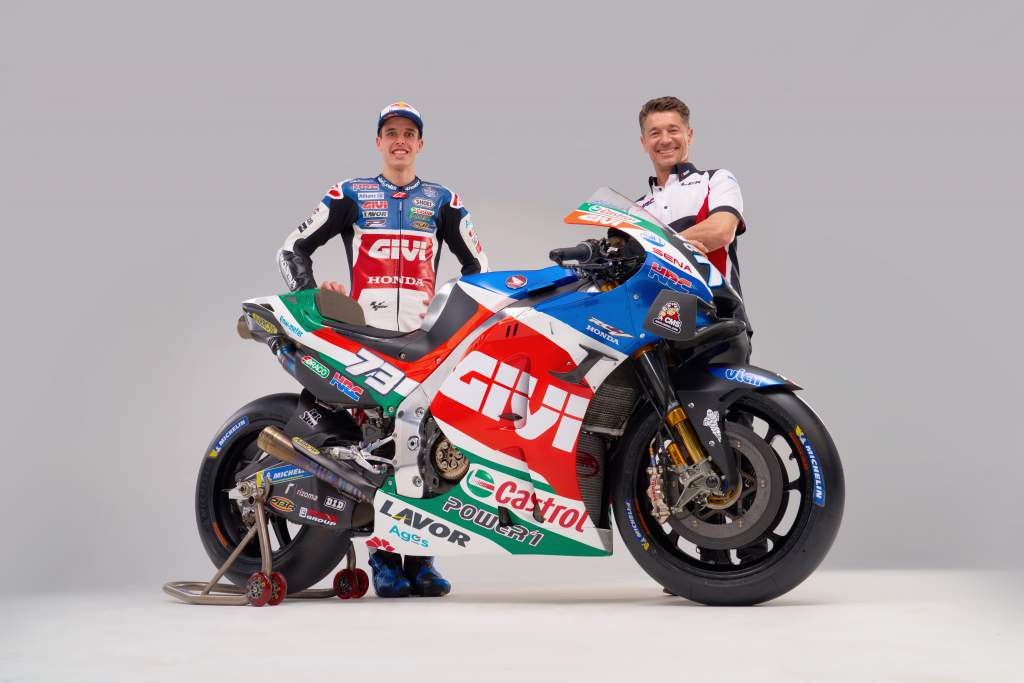 But that’s not quite the challenge it might have seemed to be 12 months ago, thanks to impressive seasons in 2020 for both Nakagami and Alex Marquez.

Last year was certainly a breakthrough for Nakagami in particular. In his third season in the premier class and with Lucio Cecchinello’s team, he was hands down one of the most consistent riders on the grid.

In fact, he was unlucky not to end the season in higher than 10th – a position more indicative of the crazy 2020 championship battle than Nakagami’s own fortunes, given that he was just 23 points from Alex Rins in third place. 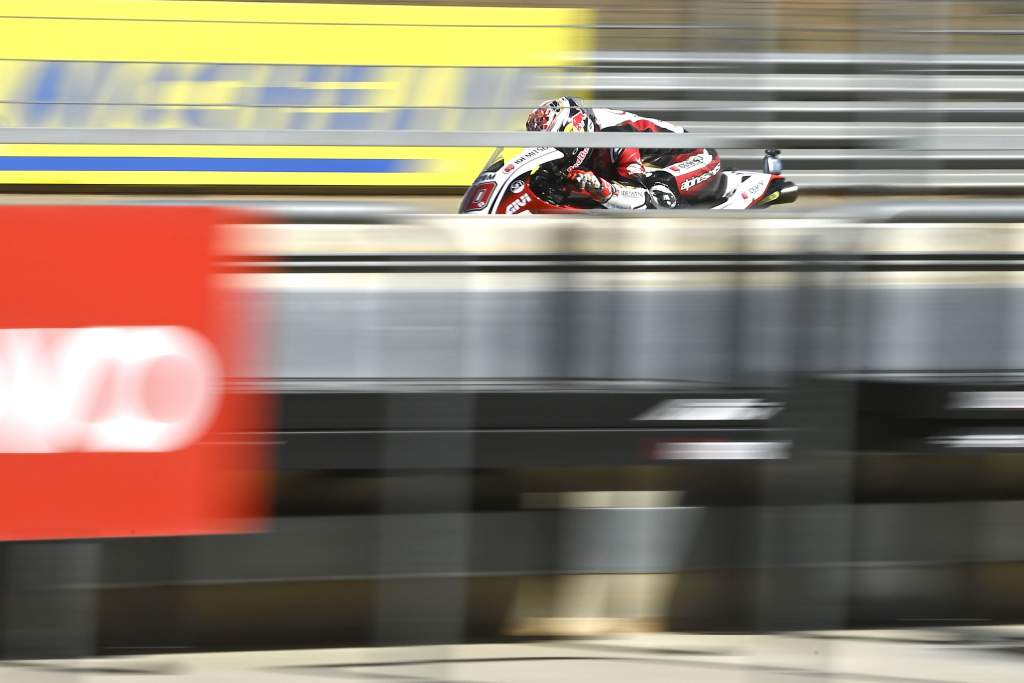 He was unfortunate too not to take a first podium finish, denied only when red flags at the Red Bull Ring halted his charge and then caught out by his own error at Motorland Aragon when a silly mistake took him out of the lead. They’re all learning experiences for him and it’ll serve to make the 29-year-old stronger in 2021.

Of course, he also stands to gain from the continuing absence of Marc Marquez as well. Now lining up on brand new equipment for the first time instead of year-old hand-me-downs from his former team-mate Crutchlow, Nakagami’s played a key role in developing the new bike. 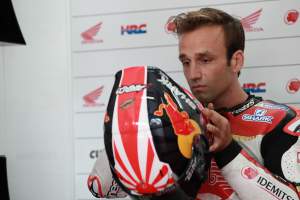 In fact, Honda management have gone as far as to admit that the 2021 machine’s development nature has changed, as the bike becomes a more rider-friendly tool as the lessons of last year’s dire season finally sunk in.

A proven world champion in Moto3 and Moto2, he was dumped into Honda late for the 2020 season, replacing Jorge Lorenzo after his unexpected retirement, then unceremoniously sacked by the Repsol-backed team before the season even began.

But once bikes got on track he went about proving the doubters wrong. 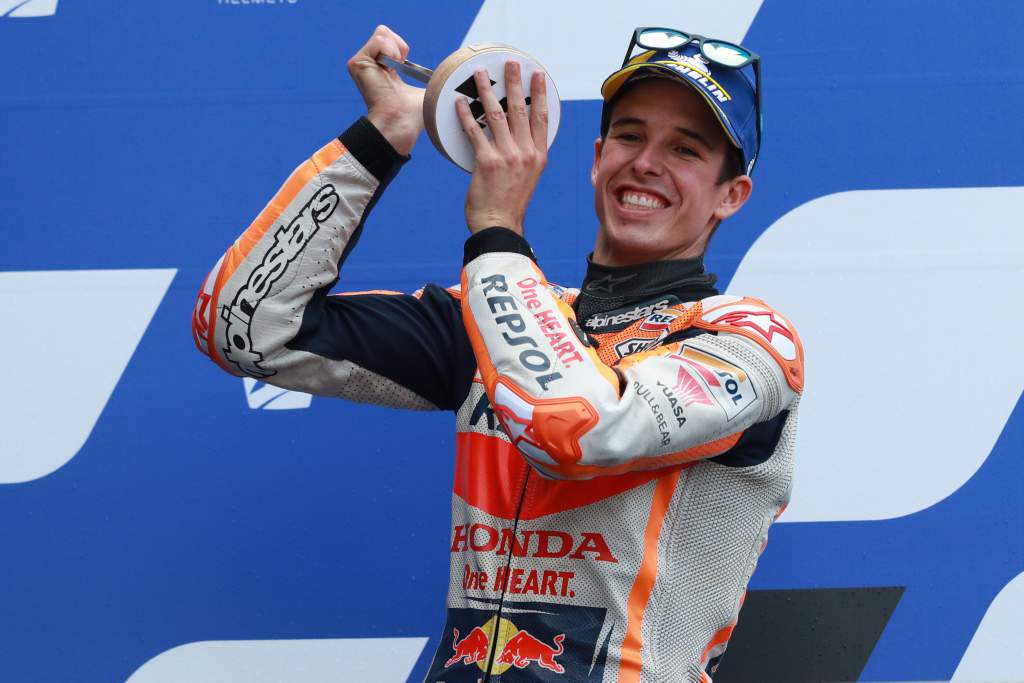 Taking an excellent first podium finish in wet conditions at Le Mans, Marquez backed it up a week later with another in the dry at his home circuit Aragon – deflecting much of the criticism poured his way and taking Honda’s only two podium finishes of the season.

With a year of experience now under his belt, with the pressures of being the number one rider in the biggest team in the sport in your rookie season removed, and with the more relaxed atmosphere he’ll find at LCR, there’s no reason to believe that his results will go backwards in 2021 either – especially as his deal ensures that he’ll remain on the latest factory bikes. 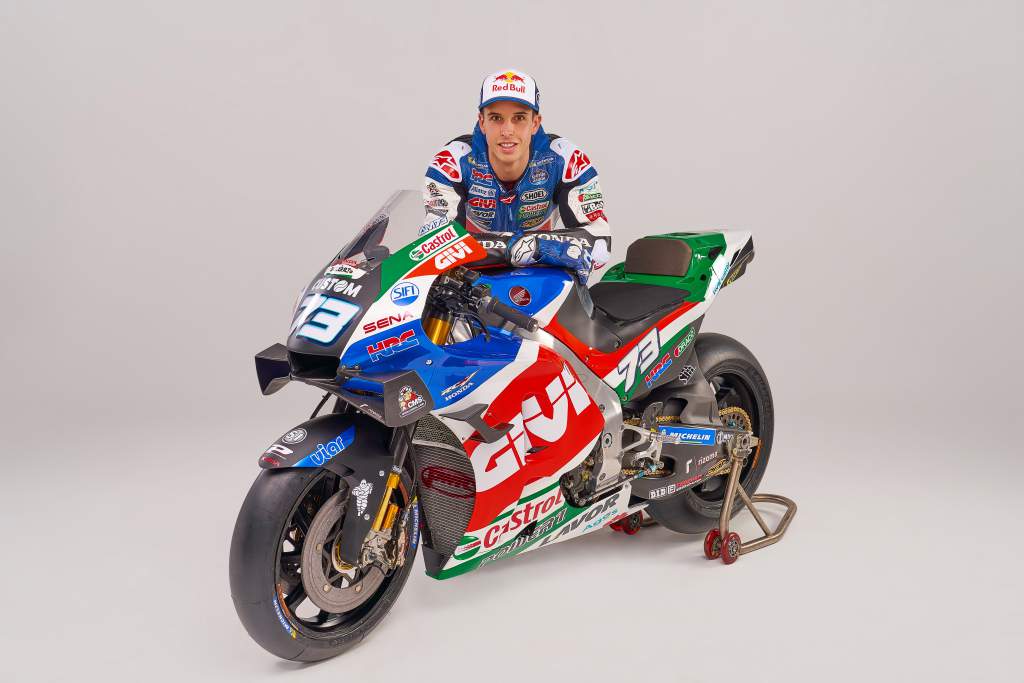 With all that in mind, perhaps it’s not so unexpected that HRC might well be betting big on its second tier team for 2021.

Whether the LCR squad can deliver is still a question to be answered. It’s never had the pressure of expectation before.

But it does finally seem that after years of missteps, HRC has finally learned its lesson about how to treat satellite squads. 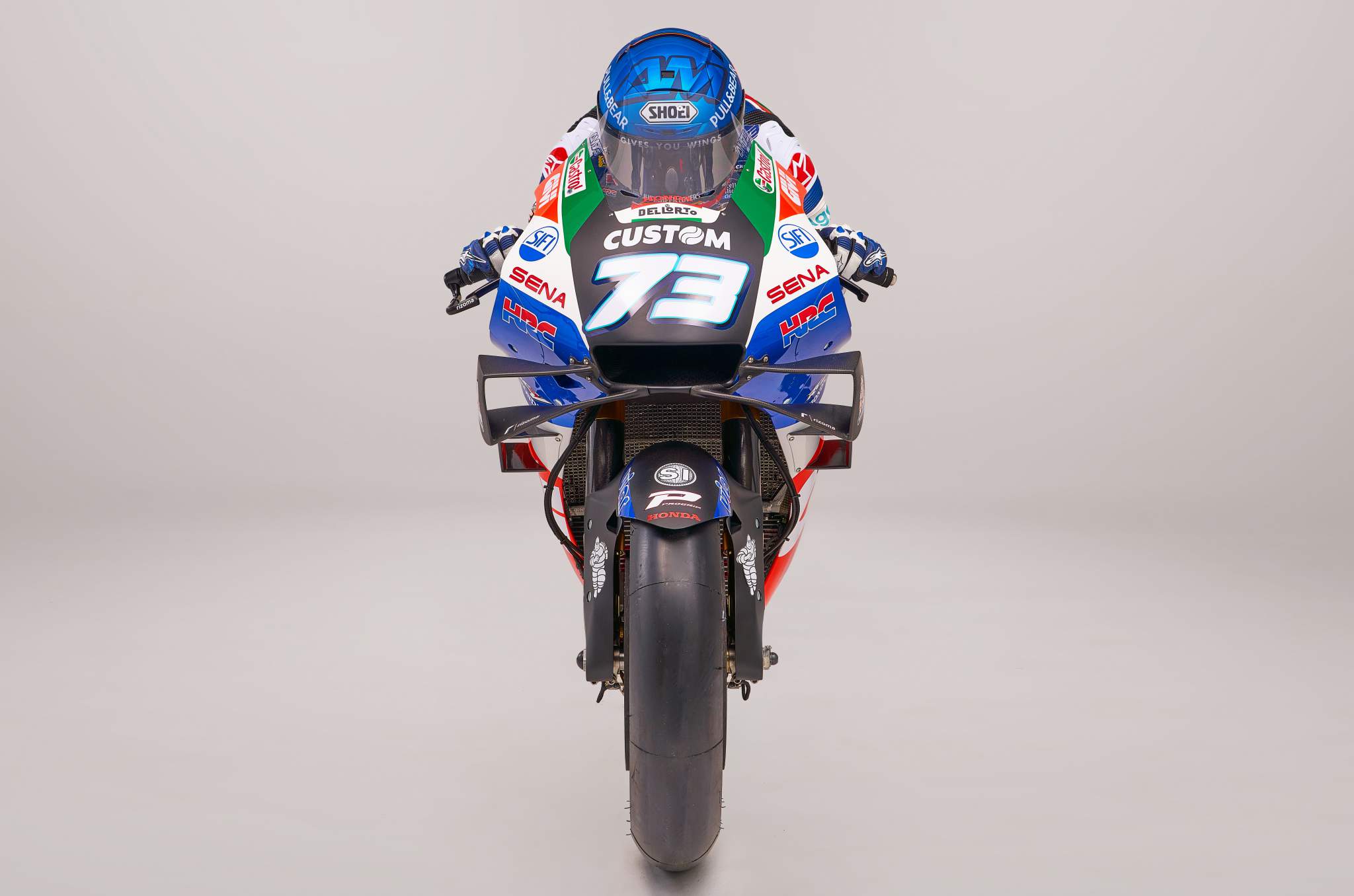